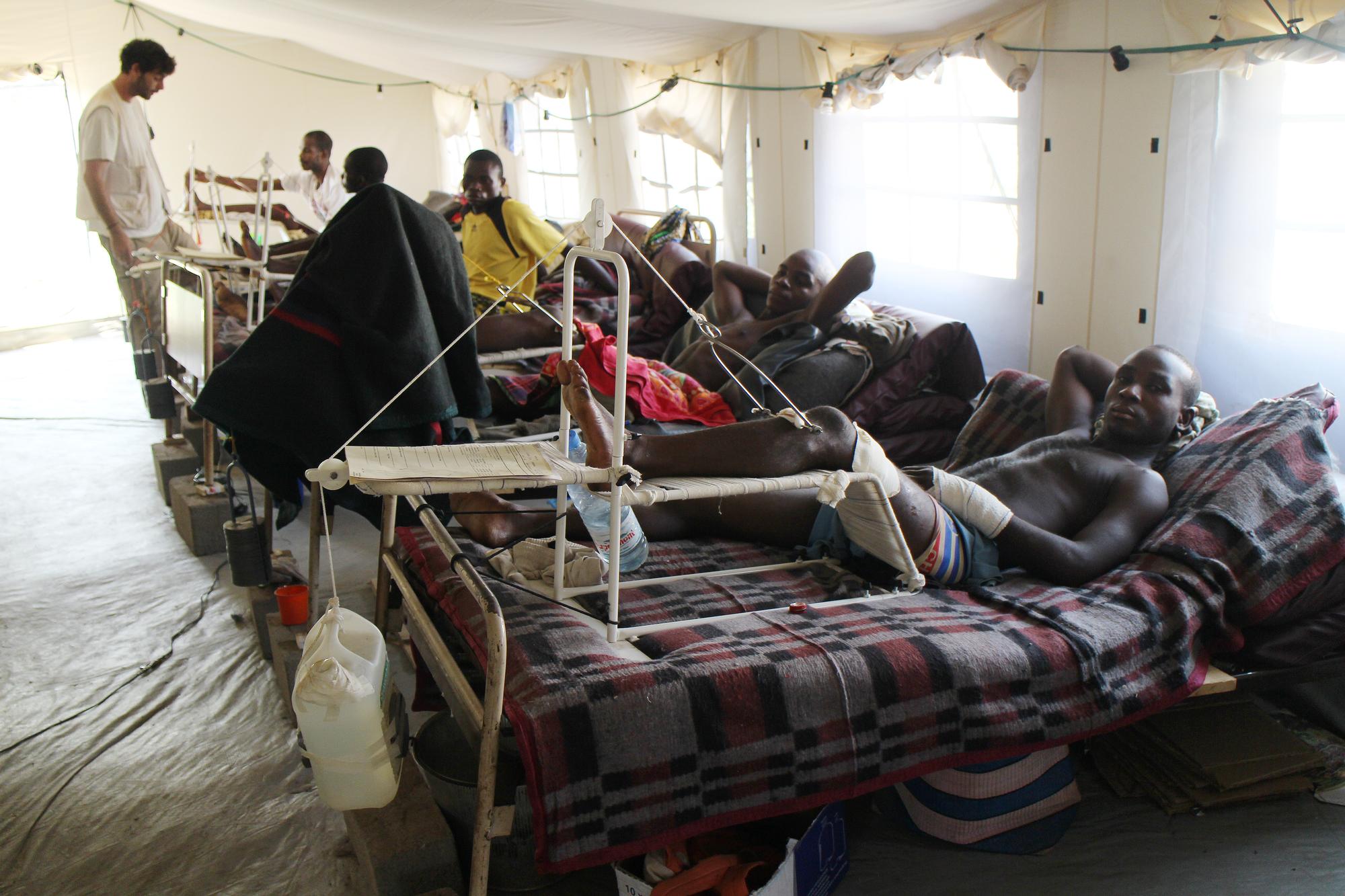 Bangui, the capital of the Central African Republic (CAR), has been in the grip of violence for weeks but most of the city’s hospitals are no longer functioning. Project coordinator Jessie Gaffric is managing operations in the city’s only trauma unit, located in the Community Hospital.

The Avenue des Martyrs, one of Bangui’s main arteries, is nearly deserted. It seems peaceful. It is difficult to imagine the violent skirmishes that occurred among armed groups at this very spot last night.

The community hospital, the capital’s referral facility, is located in the area, not far from the stadium. The decrepit building houses the city’s only trauma unit, currently managed by Médecins Sans Frontières/Doctors Without Borders (MSF).

“Last November, we had already identified a significant need for surgical care and began working on 2nd December,” Gaffric explains.

"Because the hospital did not have enough room, we set up tents next to the building to house patients who needed post-operative care. Over time and as the emergency continued, we improved the patient pathway, management of the emergency department and the quality of care.”

20 wounded a day and every case is different

Since it opened, this unit has treated more than 800 wounded people, most of whom suffered bullet or knife wounds. On January 11, following the resignation of former president Mr. Djotodia, the unit received more than fifty patients referred by other MSF health centers located in Bangui or in IDP camps in the town.

One man came by ambulance. He had been shot in the foot and tried to treat his injury himself. The infection was so severe that his foot had to be amputated. Another had had a motorcycle accident.

A third had knife wounds. Patients stream in every day and every case is different. On average, 20 wounded people come to the hospital every day, with the flow peaking on certain days.

“Our primary challenges have to do with insecurity and time management, specifically because we must leave the hospital no later 6 p.m., when curfew begins,” Jessie says.

“Nine expatriates and approximately 50 Central African staff work in this facility. Of those, some are living in the displaced persons’ camps. They cannot come to work when fighting occurs or must even stay and sleep in the hospital.

What is also striking is the severity of the wounds, whether from a knife or machete. They attest to the level of violence and its relentlessness.”

MSF has managed both of the community hospital’s two operating rooms until now. The International Committee of the Red Cross (ICRC) recently took over one of them. Ultimately, the ICRC is expected to assume responsibility for the entire surgical department and MSF is preparing to work in another hospital in the city.