Central Mediterranean: Over 100 deaths at sea in less than a week as Europe looks away

More than 100 people have lost their lives in the Mediterranean this week as a direct result of EU policy.

Central Mediterranean, 5 April 2022 – With all eyes on the eastern borders of Europe, more than 100 people have lost their lives in the past week alone in two separate incidents in the Central Mediterranean Sea as a result of the EU and its member states’ deadly policies towards refugees and migrants.

In the same week, at least 130 people were intercepted and forcibly returned to Libya, where they almost certainly face the litany of ill-treatment, abuse and torture that has been widely documented to occur in Libyan detention centres.

Médecins Sans Frontières/Doctors Without Borders (MSF) condemns the negligence of Italy and Malta to assist boats in distress, and the indifference of the EU and its member states to the rising death toll and the ongoing violation of human rights in the Mediterranean Sea, and even as those same European leaders and institutions express their deepest solidarity with refugees fleeing war-torn countries. 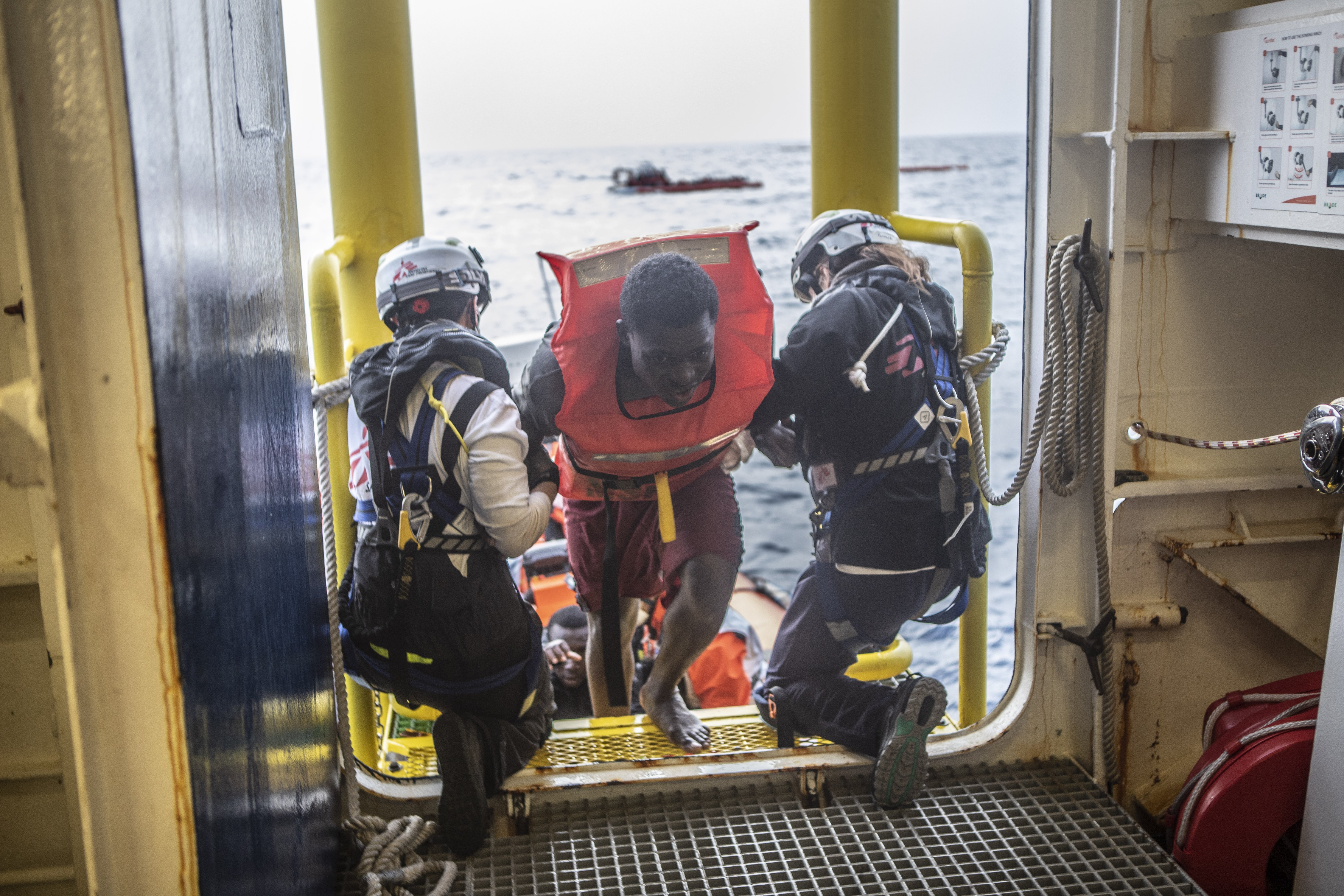 The team onboard MSF’s search and rescue vessel Geo Barents performed a critical operation in international waters on the afternoon of 29 March, rescuing 113 people from a rubber boat in distress. Many people on board the drifting boat fell into the water during the rescue operation, and others became unconscious due to fuel inhalation. After nearly two hours, all 113 survivors were safely transferred onto Geo Barents and received medical care.

“When I was in the rubber boat the floor collapsed and the water was coming in,” says Jean, 17, from Guinea Conakry. “I jumped in the sea as I was in a panic. I tried everything I could to stay alive but I started to drown. Someone from the rescue team pulled me from the water, but after that I don't remember anything because I was unconscious.”

“Our medical team treated many of the survivors for hypothermia and some severe cases who needed immediate ventilation and oxygen therapy due to fuel intoxication,” says Caroline Willemen, MSF project coordinator on board Geo Barents. “The majority of the survivors are psychologically traumatised as a result of their time at sea, the state of the boat and the critical nature of the rescue. One third of the survivors are unaccompanied minors, several of them under the age of 15.” Geo Barents is currently waiting for a port to be assigned to disembark all the survivors in a place of safety.

On 31 March, two days after the rescue performed by Geo Barents, four children and seven women were found dead in an overcrowded rubber boat after spending several hours drifting off the coast of Libya according to what is known so far. The remaining 126 passengers were intercepted by the Libyan coastguard six hours after the distress call was issued. All of the survivors were then forcibly returned to Libya, from where they had attempted to flee and are most likely now detained.

"These people fled the hell of Libya and then witnessed the death of dozens of their companions while drifting for several days at sea without any assistance. After this unimaginable ordeal, they have been condemned to be returned to Libya, re-entering the vicious cycle of violence, extortion and abuse they were trying to escape."

Two days later, on 2 April, more than 90 people died after at least four days at sea while attempting to cross to Europe. Their exact causes of death are still unknown. Four people survived and were rescued by the commercial tanker Alegria 1. 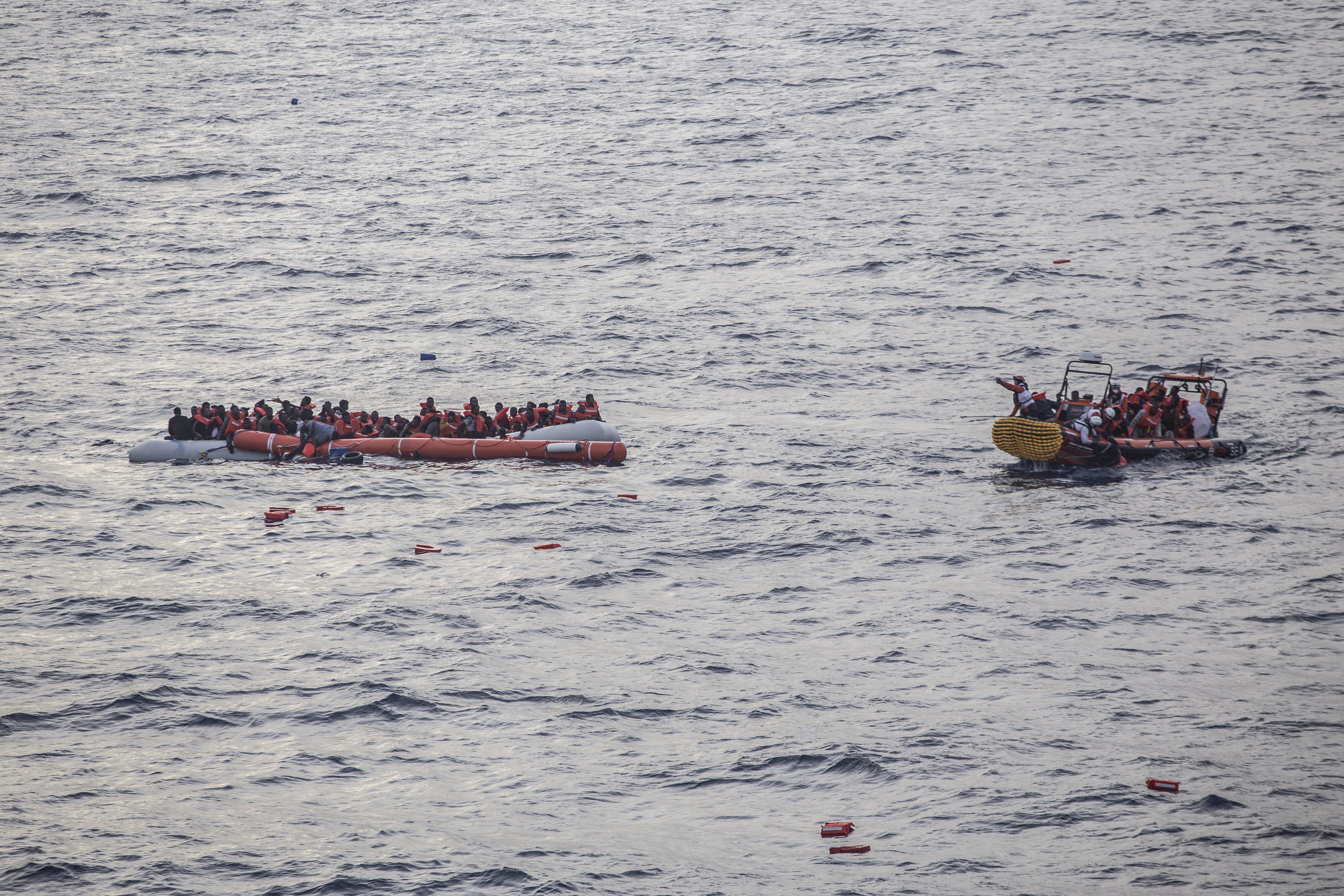 The MSF team on board Geo Barents, which monitors the region for boats in need of rescue, overheard a radio conversation in which a SAR aircraft gave instructions to the tanker to perform the rescue. The MSF team immediately contacted Alegria 1 to offer medical assistance to the survivors and to request the tanker to comply with legal and maritime obligations and transport the survivors to the nearest place of safety. Alegria 1 ignored MSF's requests and continued on its way to Libya.

“Our repeated offers to provide assistance to the four survivors and our plea not to return the people to Libya went unheard,” says Willemen. “These people fled the hell of Libya and then witnessed the death of dozens of their companions while drifting for several days at sea without any assistance. After this unimaginable ordeal, they have been condemned to be returned to Libya, re-entering the vicious cycle of violence, extortion and abuse they were trying to escape.”

Calling on the EU for action, Willemen says: “We urge Frontex and other European aircraft and vessels present in the area to reveal the circumstances of these tragic events. The withdrawal of the EU and its member states from search and rescue operations in the Mediterranean Sea and their support to the Libyan coastguard are at the root of the deaths and violations of human rights occurring in the Central Mediterranean. When will Europe put an end to this and embrace its responsibilities to protect lives instead of borders?”