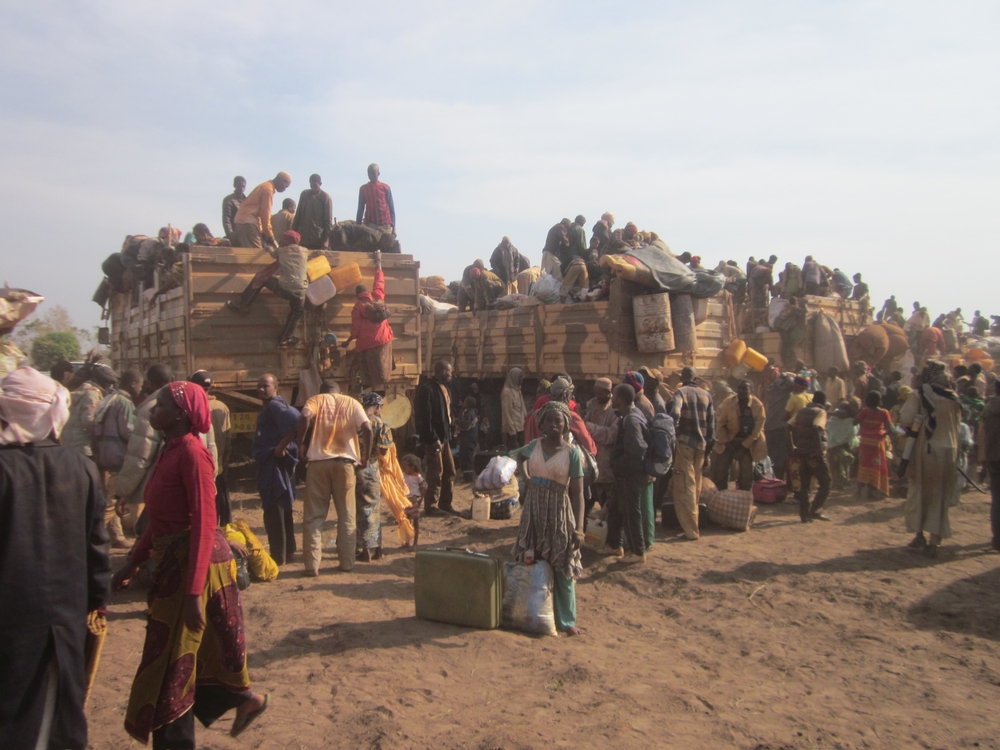 Chad: Arrival of tens of thousands of refugees forced to flee CAR

Approximately 35,000 people, traveling by truck and on foot, have taken refuge in southern Chad. Exhausted by their journey, many of them - mostly women and children – have traveled more than 200 kilometers, fleeing violence against the Fulani and Muslim populations in northern Central African Republic (CAR).

“I met a brother and sister, both in their 60s, who arrived in Bitoye on foot,” says Anthony Thouvenin, coordinator of MSF’s emergency project at the Chad-CAR border.

“Their spouses and children were killed and they managed to flee together to Chad. In Bitoye, most of the refugees and the repatriated Chadians come from Bocaranga or Paoua. The vast majority are women. The ones with resources came by truck, with a few personal possessions, and the others walked. They have nothing. There are also approximately 50 children who arrived alone.”

Bitoye is located approximately 10 kilometers from the Central African Republic border. The mango trees there have been turned into makeshift shelters with branches, fabric panels and jute bags serving as protection from the elements.

There has been just one food distribution in more than a week but those provisions, together with the small amounts of food that the local communities can offer, are not enough.

The town’s population is usually just over 10,000. Today, that number stands at 15,000 – a 50% increase. There are no latrines and although three holes have been drilled, drinking water is in short supply.

“The main illnesses are malaria, diarrhea and respiratory infections. Along the road, people are so crammed into the trucks that some have fallen and broken bones. I saw a man arrive at the hospital with an open fracture of the tibia, sewn up hurriedly, with four or five centimeters of bone sticking out.”

The reference hospital is in Baibokoum, 25 kilometers away – an unreachable distance for pregnant women, wounded people and seriously ill children. The closest health center is 10 kilometers away, in Bitoye, and it has already run out of vaccines and medicine.

Further east, two-and-a-half hours by road from Bitoye, the Goré hospital pharmacy is also nearly empty. The local medical team is overwhelmed and has not been paid in the last two months.

“The hospital is flooded with refugees and repatriated persons,” Anthony reports. “The new arrivals have settled outside, under the trees. According to local authorities, 2,000 people are still en route from Paoua.”

But the largest number of refugees is a bit further east, in Sido. They currently total 8,500, according to the International Organization for Migration.

The MSF team has already identified approximately 12 victims of sexual violence among them. The attacks were carried out either at the Sido site or prior to leaving for Chad.

“An additional 4,000 refugees arrived in Sido on February 9 and based on our information, 6,000 more are expected to arrive by truck in the coming days,” says Sarah Château, MSF head of mission in Chad. Yesterday alone, the MSF team in Sido saw 150 patients.

“They have fled what appears to be extreme violence,” says Thouvenin in Bitoye. “They are exhausted by a particularly difficult trip and their situation here is very precarious. Yet despite all that, you don’t hear people crying and you don’t see tears. The refugees are resigned. They're tough. It’s quite striking.”

Médecins Sans Frontières has been working in Chad since 1980. In addition to the new projects in Bitoye and Sido, created in response to the emergency associated with the arrival of the Central African refugees, the MSF teams in Chad have several regular projects in Abéché, Massakory, Am Timan and Moissala.

MSF has been working in the CAR since 1997. The organization manages seven regular projects (in Batangafo, Carnot, Kabo, Ndélé, Paoua, Bria and Zémio) and eight emergency projects (in Bangui, Bozoum, Berbérati, Bouar, Boguila, Bossangoa and Bouca).