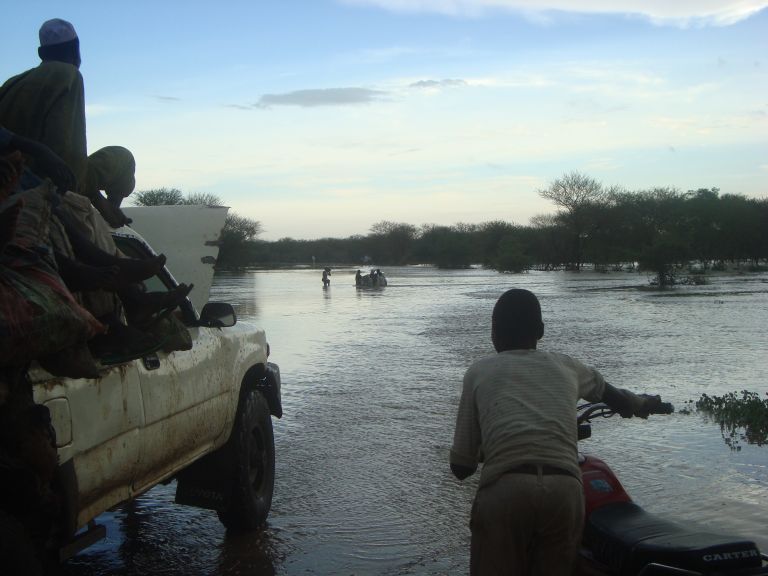 A long drought in Chad, followed by torrential rains, has destroyed crops, flooded wells and cut off villages. Weakened by malnutrition and without access to clean water, people are particularly vulnerable to outbreaks of cholera in the region.

“After a long drought, everyone was looking forward to the rainy season, but this year the rains came earlier and were heavier than expected,” says Oscar Niragira, MSF medical coordinator in Chad. Instead of reviving the dry landscape and arid fields, torrential rain washed away many of the newly planted crops. As a result, many people have lost the food they were growing for their families, the crops they were going to sell to buy other goods, and the seeds to plant for their next harvest.

As well as threatening the livelihood of many Chadians, the floods have also cut off many people’s access to medical treatment. A number of villages near the MSF projects in AmTiman and Kerfi are completely surrounded by water, making it impossible for people – particularly the sick – to reach health facilities. MSF teams in the affected areas are expecting a large increase in patient numbers as soon as the roads and wadis become passable again. Even before the rainy season started, MSF teams were seeing increasing numbers of malnourished patients. In the coming weeks, they are expecting to see more malnutrition, as well as malaria, parasitosis, skin infections and diarrhoeal diseases.

“We did an assessment in a flooded village called Kishena, about ten kilometres from Kerfi. There we found that people struggling to find food had started to eat wild kinds of cereal found in the bush which they wouldn’t eat normally,” says Niragira. “We also found that many of the wells had been flooded or destroyed during the rains and people had to drink from dirty water sources. They were using unboiled water from the wadis for everything: drinking, cooking and washing.”

Cholera can spread easily in conditions like these, and a number of cholera cases have already been confirmed across Chad. Between late-June and end-September, a total of 2,422 cholera cases and 109 deaths were recorded in 12 health districts, mainly in central and western regions of the country. Currently, MSF is responding to outbreaks in Ndjamena, the Lac region and Bokoro, where more than 1,300 patients have been treated with MSF support to-date. “In these places, we have set up cholera treatment centres with the Ministry of Health, and are providing technical assistance and support with water and sanitation,” says Niragira.

Flooded wells increase the likelihood of cholera outbreaks, as do the absence of latrines in many regions, forcing people to defecate in the bush. But other factors also contribute.  Alexis Bahati, medical team leader for MSF in Bokoro, explains: “Cholera is seasonal in Chad, and bigger outbreaks come in cycles. The fact that more people are getting sick with cholera now is probably related to the fact that the heavy rains and floods hit a population that was already weakened. There have been recent outbreaks of measles and high levels of malnutrition, so people’s immune systems are low – a typical scenario for cholera outbreaks.”

The nutritional situation has still not stabilised. “Our biggest concern for the coming months is that the so-called ‘hunger-gap’– the precarious time after last year’s food stocks are consumed and before the new harvest comes in – is going to be longer than usual,” says Niragira. To date, MSF teams have treated more than 27,000 malnourished children, about 21,743 of which were severely malnourished, and numbers are not expected to go down in the coming weeks.

Currently MSF is running feeding programmes in the Hadjer Lamis, Batha, Guéra Chari Baguirmi, Ouaddai and Salamat  regions of Chad,  as well as in the capital N’Djamena. Approximately 27,666 malnourished children have been admitted to MSF feeding programmes since the beginning of the year.