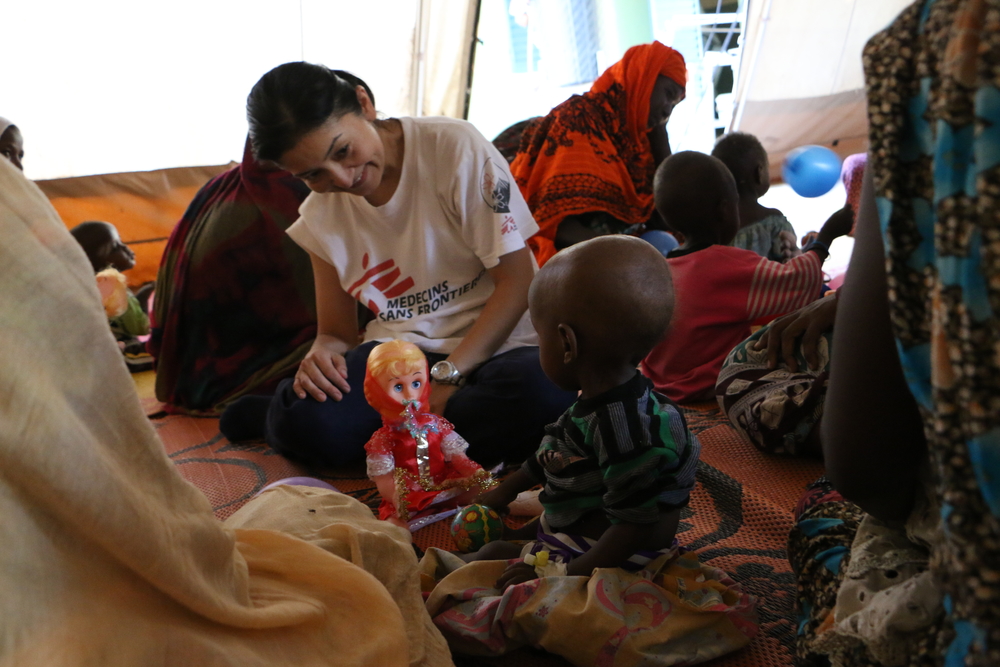 Médecins Sans Frontières has opened in partnership with the Ministry of health a therapeutic feeding centre to respond to the plight of thousands of under five-year olds in N’Djamena as the few facilities which provide treatment to children with acute malnutrition are completely overwhelmed by their numbers.

Endemic both in Chad and N’djamena all year round, acute malnutrition has now reached alarming proportions in N’djamena. This is due to the cumulative effect of the decline in people’s purchasing power, particularly severe seasonal food insecurity and a public workers’ strike that is impacting the health sector.

The latest survey coordinated by Chad’s Ministry of Health in July 2017 already showed malnutrition rates among children in Ndjamena to be above emergency thresholds. But since January this year, the number of severely malnourished children hospitalised in Chad-China Friendship Hospital has risen 45% compared to the same period in 2017. The hospital, which NG0 Alima supports, has admitted up to 170 sick and severely malnourished children, many more than the number of patients its 80 beds are able to cope with. 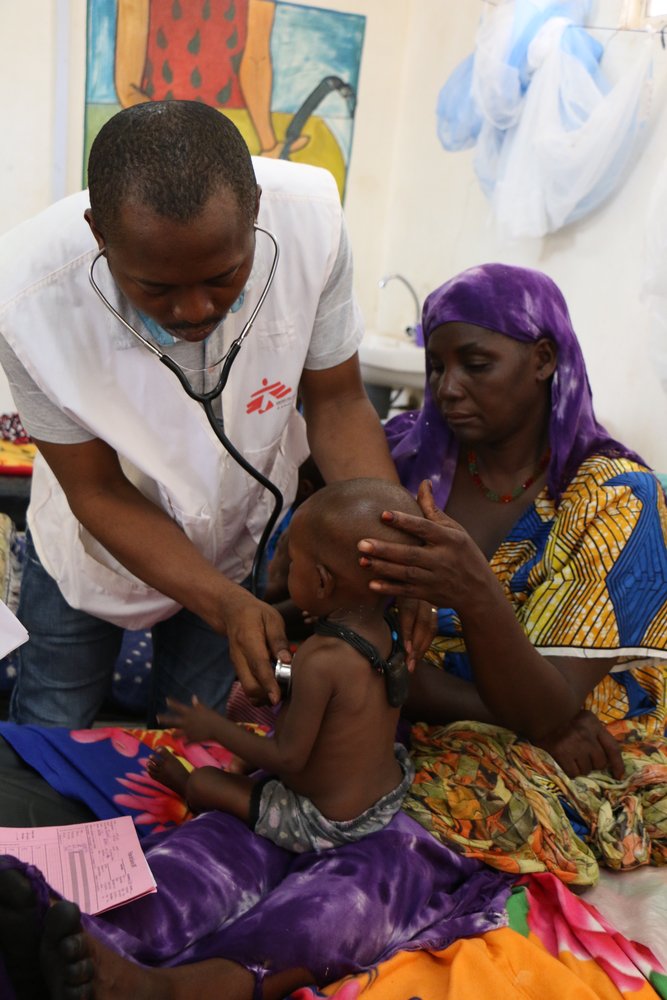 MSF
A medical consultation for a child affected by severe malnutrition, who is being treated in the therapeutic nutrition center (CNT), in the MSF-supported Am Timan hospital.

Given the critical situation, it is urgent to increase inpatient capacity to treat severely malnourished children and to provide early treatment in outpatient facilities. Outpatient nutrition centres have a crucial role in facilitating home treatment to prevent children’s health from deteriorating and, as a result, the need to hospitalise them. But most centres in Ndjamena are open just one day a week and experience frequent shortages of ready-to-use therapeutic foods, which are vital to severely malnourished children and provided by UNICEF.

“Access to emergency paediatric care services is an uphill battle In N’djamena, so everything must be done to stop kids becoming so sick they have to be taken into hospital. Action is required urgently to increase the number and the reach of outpatient nutrition centres and make sure they have the means and support to provide effective assistance.”
Natalie Roberts    MSF’s head of emergency programmes

In partnership with Chadian health authorities, MSF has opened an inpatient therapeutic feeding center that is starting off with 50 beds with capacity.  The plan is also to open several ambulatory nutrition centers across N’djamena to enable children to receive treatment and appropriate follow-up at home.

The nutritional status of children with moderate malnutrition also needs to be improved, but they receive no form of treatment. “Until now in N’Djamena, children who are screened and found to have moderate malnutrition were sent home with nothing. But we know that, once they’re back in their homes, moderate malnutrition rapidly descends into acute malnutrition because their mothers aren’t able to give them enough food. We shouldn’t have to wait for these kids to be at death’s door to respond to their basic needs!” says Natalie Roberts.

In coming weeks, MSF will include the distribution of supplementary food provided by the World Food Programme in its outpatient activities to treat children suffering from moderate malnutrition.

Providing assistance in Chad for the past 37 years, MSF works in the regions of Salamat, Mandoul and Logone Orientale delivering medical care to the local, displaced and refugee population.. Every year the organisation boosts its capacity to screen and treat child malnutrition during the lean period that falls at the same time as the increase in seasonal malaria, which usually get under way in May and ends in September. With the situation especially critical in Ndjamena this year, MSF has launched an emergency nutrition programme to extend the provision of treatment of acute malnutrition.

OUR WORK IN CHAD >