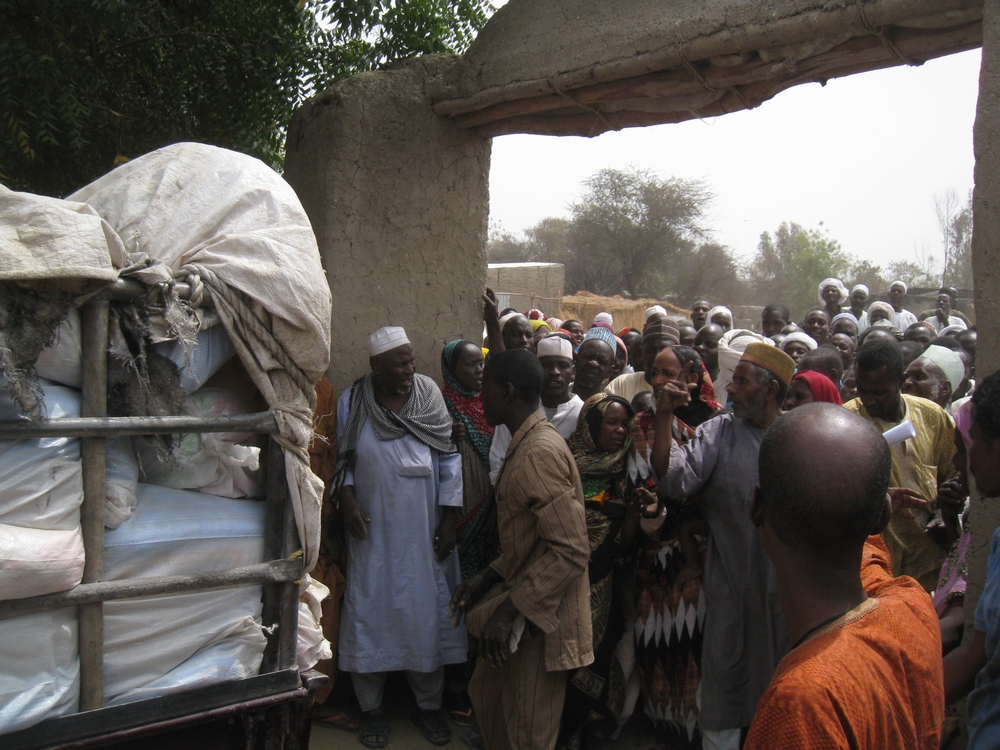 As a result of attacks by Boko Haram in the northeast of Nigeria, thousands of people have recently fled across the border to neighbouring Chad, gathering in a refugee camp and within the community. Official estimates say that around 18,000 refugees have sought shelter in the Lake Chad region.

Insecurity within Chad itself has also increased since an attack on the town of Ngouboua, 25 kilometres from the Nigerian border, causing thousands of refugees and residents to flee for safety.

In response, Médecins Sans Frontières/Doctors Without Borders (MSF) deployed an emergency team to the region to assess the humanitarian needs. The team was able to reach the main towns and Dar as Salam refugee camp, currently home to approximately 3,700 people. However, due to insecurity, they could not access several of the small islands where many refugees are essentially trapped and unable to leave.

“Chadian residents have not been spared from the instability, with many forced to flee their homes. Refugees from Nigeria have arrived without any basic possessions.  In the communities, medical facilities are under strain with the influx of thousands of people in the last months.”

Psychological support will be a key component of MSF’s medical activities in response to this situation. In the coming days, MSF psychologists will begin providing mental healthcare through individual and group sessions in Dar as Salam refugee camp, in Bagasola and Ngouboua. MSF will also provide psychological support and medical assistance to victims of sexual violence.

“People are extremely fearful after experiencing the trauma of the attacks first in Nigeria and then in Chad,” continues Giandonato. “Many have lost family members, they are anxious, and they do not know what the future holds for them.”

With health facilities under pressure, MSF has also provided medical kits to the Ngouboua health centre, with enough drugs and medical equipment for 1,000 people. Basic clinics will be set up this week to deliver healthcare in some of the most affected areas.

Together with the local authorities, MSF has supplied around 6,000 people in Ngouboua, Bagasola and nearby Forkouloum with hygiene and shelter kits. The kits included blankets and plastic sheeting as well as mosquito nets to protect against malaria, endemic in the region.

Access to clean water is a major concern, particularly due to the high rate of diarrhoeal diseases in this area.  Following education sessions on the importance of clean water, the team has distributed water chlorination kits to refugees and residents in Ngouboua and Forkouloum.

MSF will continue to evaluate the humanitarian needs in the Lake Chad region as the situation unfolds, and remains ready to expand medical and relief activities should there be a further influx of people.

MSF has been working in Chad for over 30 years. The organisation runs regular programmes in Abéché, Am Timan, Massakory, Moissala and Tissi. In 2014 MSF also started emergency projects in Bokoro in response to acute malnutrition and in Sido and Gore in southern Chad to meet the medical and humanitarian needs of refugees fleeing Central African Republic.