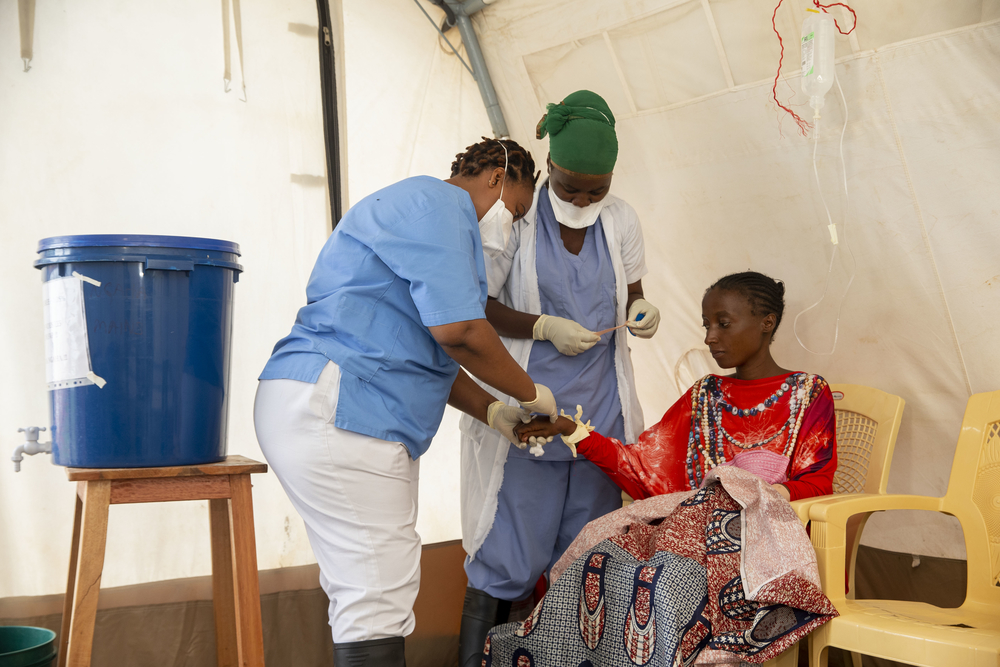 Cholera epidemic in Burundi: "Thankfully, my family all came back cured"

Since June 2019, Burundi has been facing a major cholera epidemic. More than 1,000 cases have been recorded, the majority from Bujumbura, the country's main city.

Extremely contagious, cholera is caused by ingesting bacteria of faecal origin – Vibrio cholerae – which are present in dirty or stagnant water. Causing diarrhoea and vomiting, cholera leads to rapid dehydration and, without prompt care, can kill within hours. 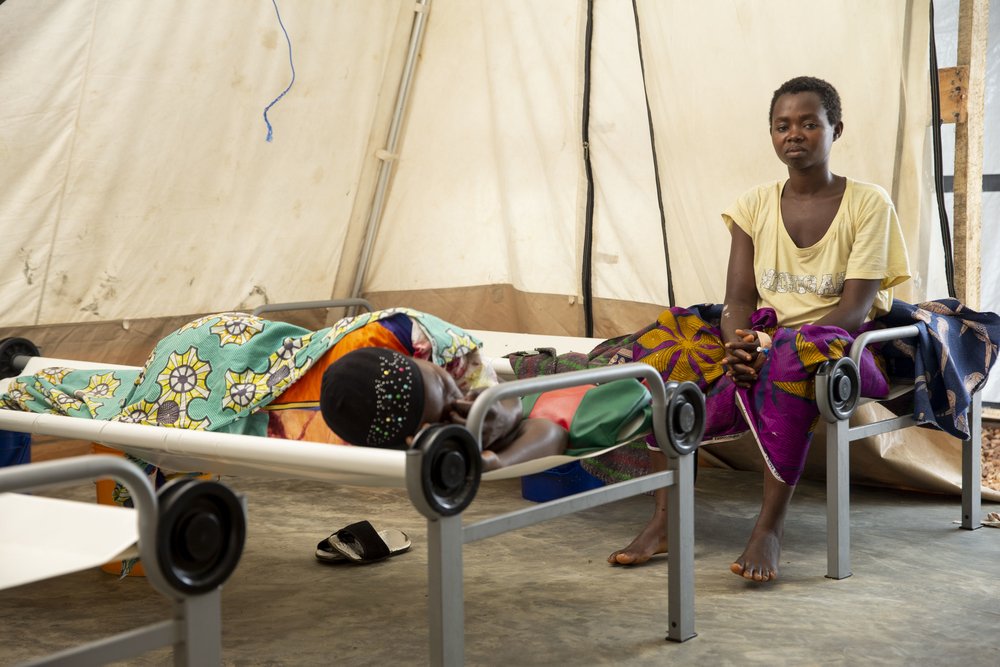 Evrard Ngendakumana/MSF
Sandrine Ntirampeba arrived the previous day at the MSF-supported new cholera treatment centre in Bujumbura. Her three children were treated for cholera at the centre over previous days but have now been discharged.

"My two children became ill on Sunday and started having diarrhoea," says Sandrine, a patient in the MSF-supported cholera treatment centre in Bujumbura. "The first health centre I took them to diagnosed simple diarrhoea. But their condition got worse fast, and in the end they were brought here by ambulance. Two days later, my third child joined them. I don’t know how they all got sick. I got sick too and was also admitted here."

Endemic to the strip of land running alongside Lake Tanganyika and the Rusizi River, cholera affects an average of 200 to 250 people per year in Burundi. But every five to six years, the country experiences a spike in cases. During the epidemic in 2013, 936 people contracted cholera in the provinces of Bubanza and Cibitoke and 17 people died from the disease.

"This year, the epidemic has been particularly rapid, as it affects Bujumbura, the most densely populated city in the country," said Julien Binet, legal representative of Médecins Sans Frontières in Burundi. "Given the scale of the epidemic and the risks involved, we immediately starting working with the authorities to support the treatment centres." 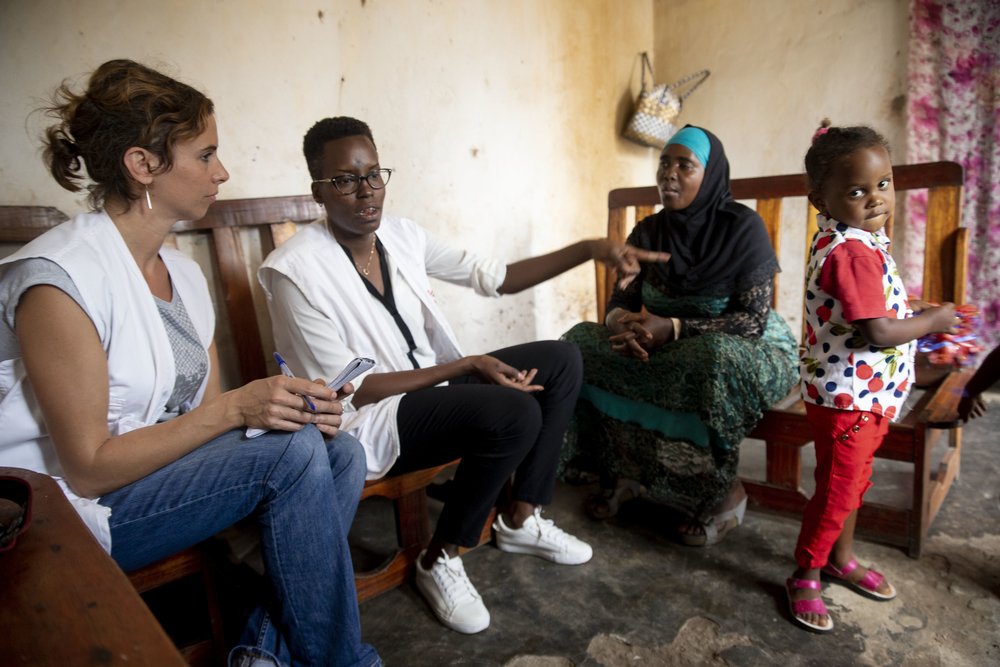 For years, MSF has been the main humanitarian organisation supporting the Ministry of Health and local authorities in the care of cholera patients. This close collaboration has taken the form of providing medical inputs, training staff, setting up awareness-raising campaigns and, when needed, cholera treatment centres, depending on the year.

"Well before the official declaration of this epidemic in June, MSF teams were already supporting the management of cholera cases that occurred in January in Rumonge province," says Binet. "This support has increased over the months and, thanks to the speed of the response, there have been almost no casualties in the country, despite the large number of cases. And the number of new infections is decreasing, which is a good sign."

A new centre in Bujumbura

Today, MSF supports the three main cholera treatment facilities in Burundi, with a focus on supervising and training Burundian staff. MSF’s aim is to provide free patient care while building the capacity of public health staff. Since the disease is closely linked to people’s lack of access to clean drinking water, MSF has also installed high-capacity water tanks in Bujumbura and in Rugombo and Ndava in Cibitoke province.

Burundi’s newest cholera treatment centre opened its doors in early October in Bujumbura. Set up by MSF in just two weeks, the 50-bed centre is now the city’s main treatment centre, replacing that of Prince Regent Charles Hospital, which was unable to answer the needs. 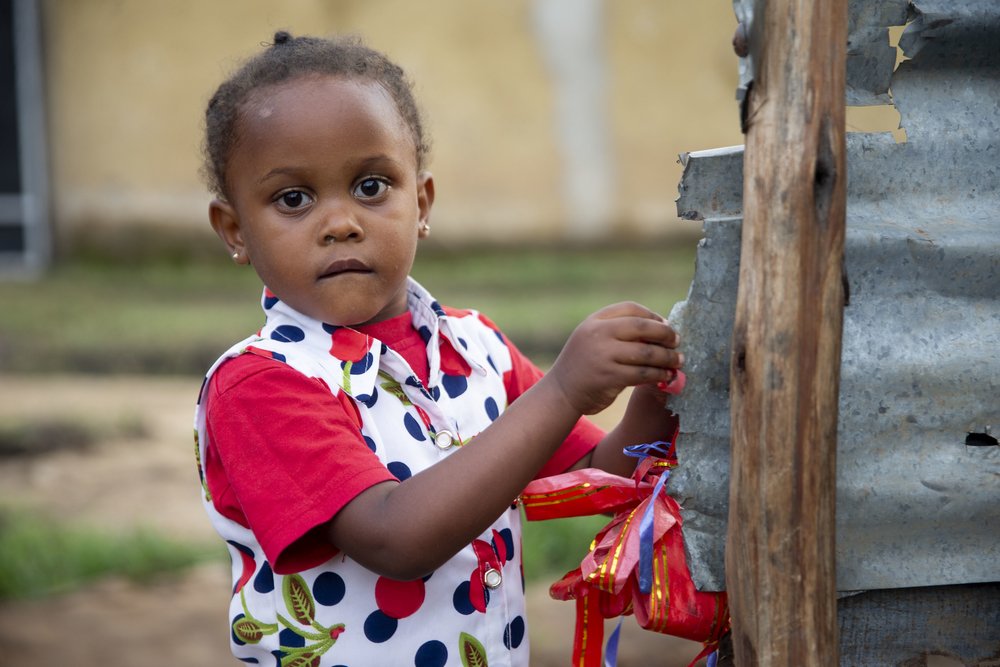 Evrard Ngendakumana/MSF
Three-year-old Shemsu was recently treated at the MSF-supported new cholera treatment centre in Bujumbura.
"My daughter arrived at the centre very weak, with ringing ears, vomiting and diarrhoea,” says Chany, mother of three-year-old Shemsu. “Thanks to the care provided in the centre, it only took her a few days to get back on her feet."

"Before we left, we were given advice on how to avoid the disease,” says Chany. “I pass the message around me, but some neighbours still think that cholera will not reach them because they are used to dirt. They think they are immune. It proves that they do not know the disease."

Awareness raising is essential to fight the spread of the epidemic. Even if access to clean water and good sanitation remains challenging in Burundi, there are a number of simple and effective measures which people can take to protect themselves from catching cholera. 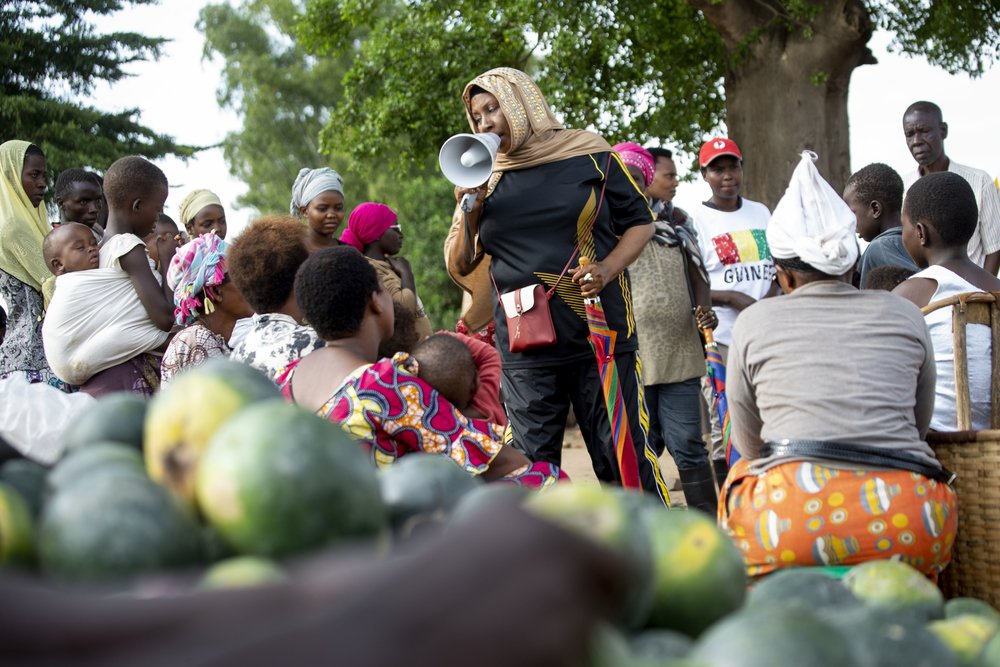 On an October afternoon, community workers supported by MSF are spreading prevention messages in Bujumbura’s Buterere market. Megaphones in hand, they explain the importance of handwashing before and after meals, and of washing and cooking fruit and vegetables to kill any bacteria. They also explain how to recognise the early symptoms of cholera, and what to do if they suspect that they or a family member has caught the disease.

"My whole family got cholera," says Zacharia, who was discharged from the MSF-supported cholera treatment centre in Bujumbura after a week of rehydration and care. "Thankfully, everyone came back cured. Today, we know in the family that washing hands can save our lives. But everyone should know it!"

our work in Burundi >