Cholera in Niger: MSF supports the public health efforts to contain the epidemic

September 16th, 2021- Since mid-July, Médecins Sans Frontières/Doctors Without Borders (MSF) has been responding to a cholera epidemic across four regions in Niger. MSF is supporting the Nigerien health authorities with epidemiological surveillance, medical care, disinfection of water points and houses, and community education and awareness-raising activities. MSF stands ready to help the Ministry of Public Health with a future vaccination campaign in the most affected areas.

Niamey, 16 September 2021 – The cholera epidemic declared on 9 August by the Nigerien Ministry of Public Health has led to 4283 cases across six of the country’s eight regions and claimed 144 lives. 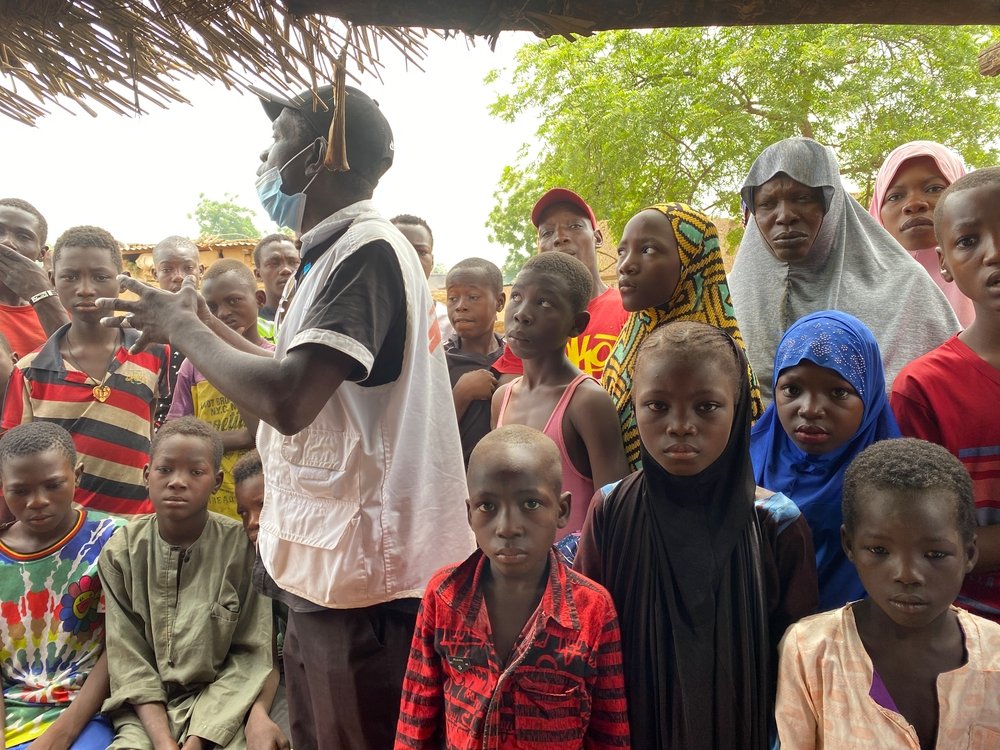 Although the number of cholera cases are decreasing in some regions, more resources must keep coming to break the transmission chain of the disease in places where epidemic clusters remain active.

“We are currently facing a large-scale epidemic. The risks of the disease spreading are increased as a result of a lack of drinking water and poor sanitation, particularly now that we are in the rainy season,” says Souleymane Ba, emergency coordinator in Zinder, a region in southern Niger. 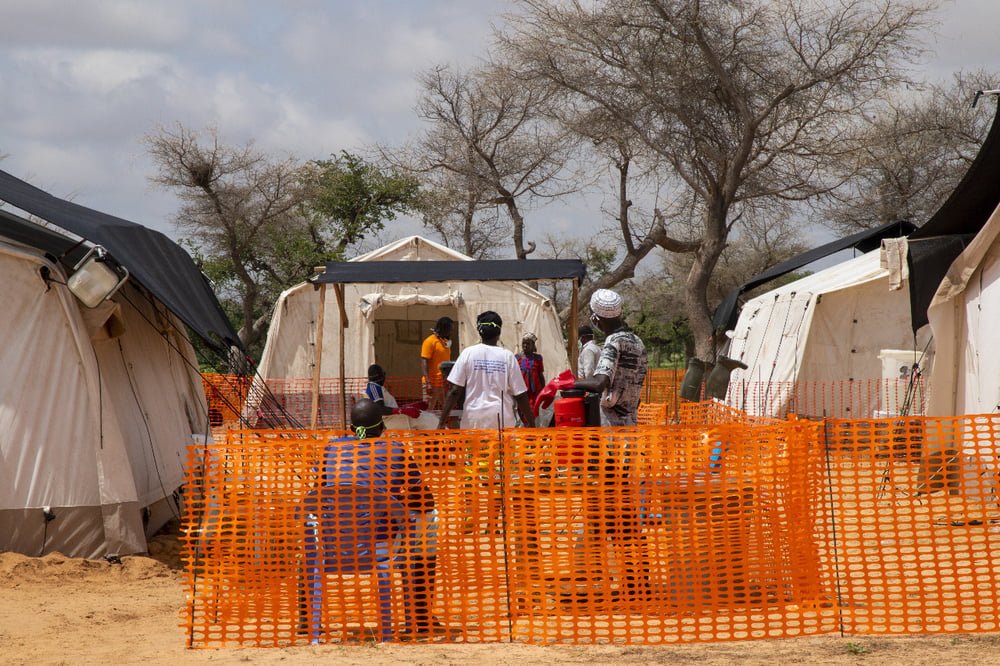 Mario Fawaz/MSF
The cholera treatment center put in place by MSF in the district of Magaria, with a 30-beds capacity, located in Zinder Region, Niger.

In addition to increased epidemiological surveillance in the regions where it works, MSF started its emergency response mid-July in the region of Zinder, after the first cholera cases were reported in Magaria hospital. 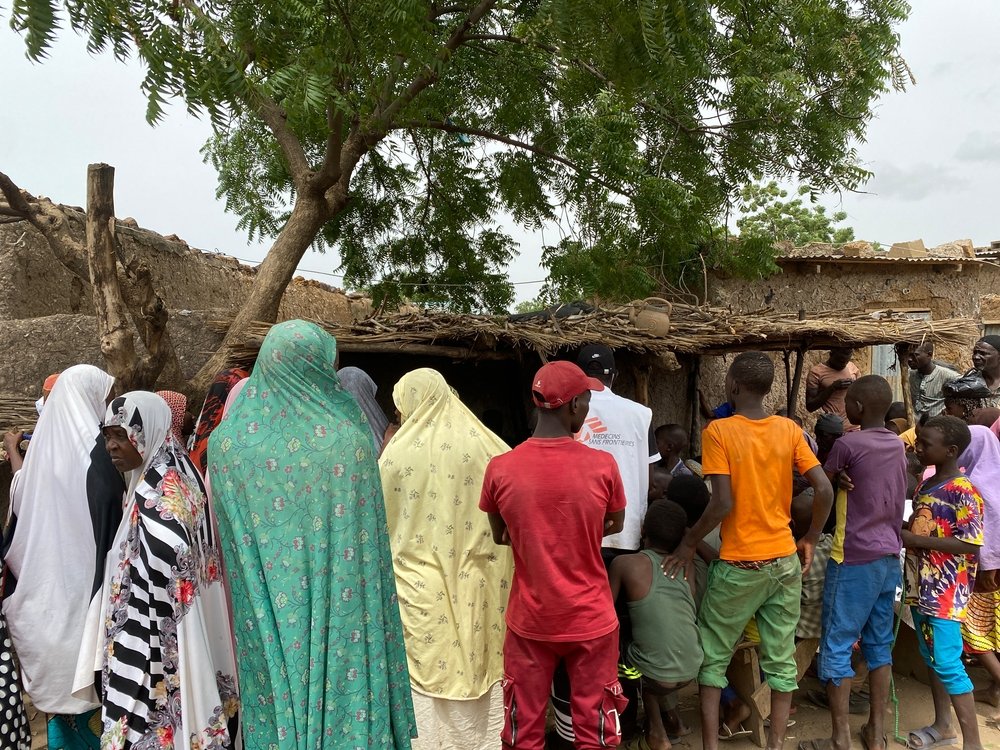 The quick spread of cholera clusters throughout the country motivated MSF to scale up its support in Tahoua, Niamey and Maradi regions.

"MSF teams have cared for more than 1770 patients"

In these four regions, MSF has set up 15 cholera treatment centres and units, installed oral rehydration points in villages, and supported several local health authorities with logistics and medical supplies. 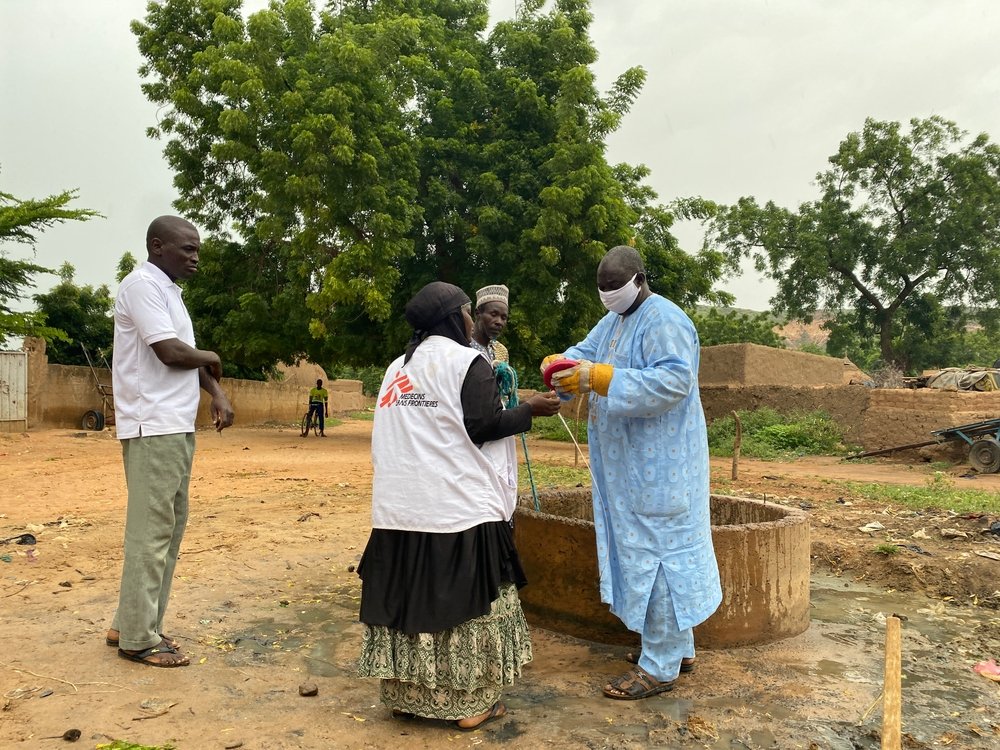 Mariama Diallo/MSF
MSF, in collaboration with the hygiene service from the district of Konni, in Tahoua region, are disinfecting a wealth in the village of Terrassa with a solution made of water and hypochlorous acid.

So far, MSF teams have cared for more than 1770 patients.

“The aim of our intervention is to reduce the number of cases and deaths linked to this epidemic,” explains Ba. 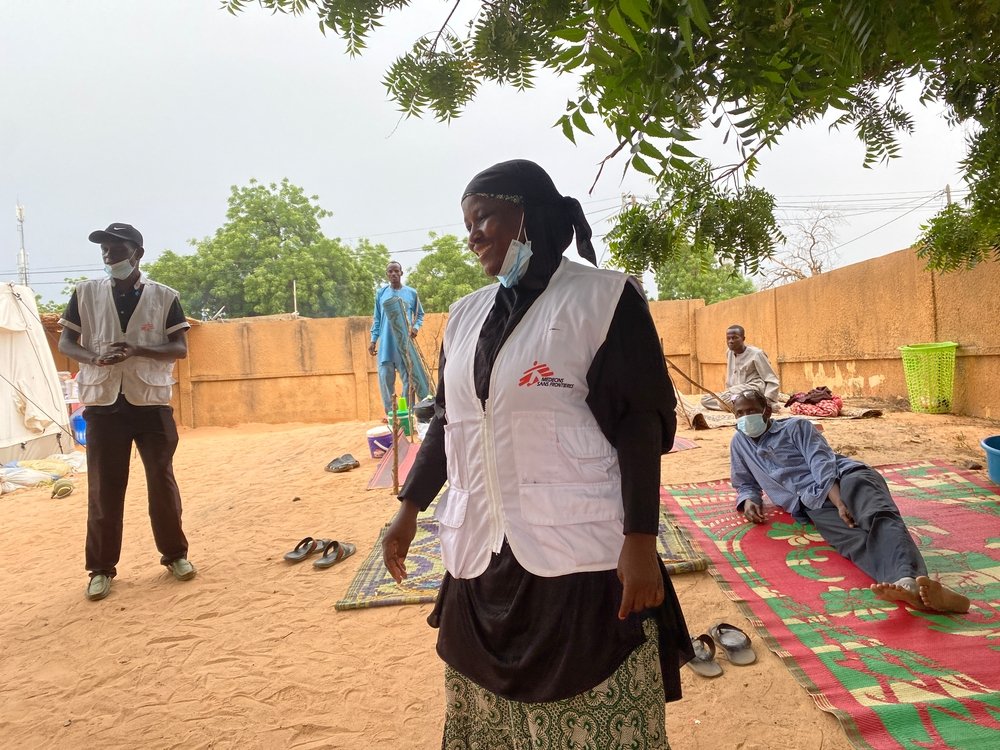 Mariama Diallo/MSF
CTC in the district of Konni, Tahoua region. An MSF health promotion team is discussing with relatives of patients admitted at the CTC, to raise awareness on preventive measures in order to break the transmission chain of the disease.

“We are cutting the transmission chain through early detection of people who may have contracted cholera, the isolation and medical care of patients, and awareness-raising among communities regarding surveillance and preventive measures, such as washing hands and food.”

A breeding ground for mosquitoes

Cholera spreads through skin, water and food contaminated by the stools of infected people.

This is why MSF teams are continuing their efforts to disinfect water points and houses in areas affected by the epidemic.

"We are currently facing a large-scale epidemic. The risks of the disease spreading are increased as a result of a lack of drinking water and poor sanitation, particularly now that we are in the rainy season"

Although the disease can be prevented with a strong investment in water and sanitation systems, up to 140,000 people die of it every year according to the World Health Organization (WHO). 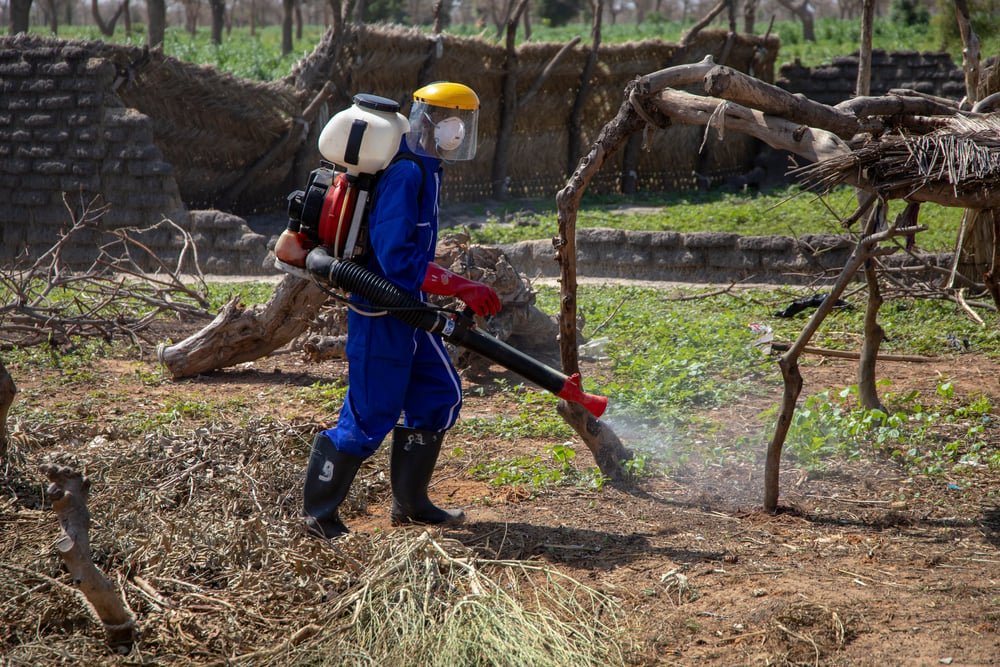 Mario Fawaz/MSF
A water, hygiene and sanitation agent is proceeding to the disinfection of houses – from a patient admitted at Magaria’s Cholera Treatment Centre and his neighbours ones - in a community located in the district of Magaria, Zinder region.

The pools of stagnant water left by last year’s floods and this year’s heavy rains have proven to be the ideal environment for mosquitoes to breed. This has contributed to a vicious circle of disease.

The number of patients with malaria in Niger increased 42 per cent from January to August 2020 to the same period this year. 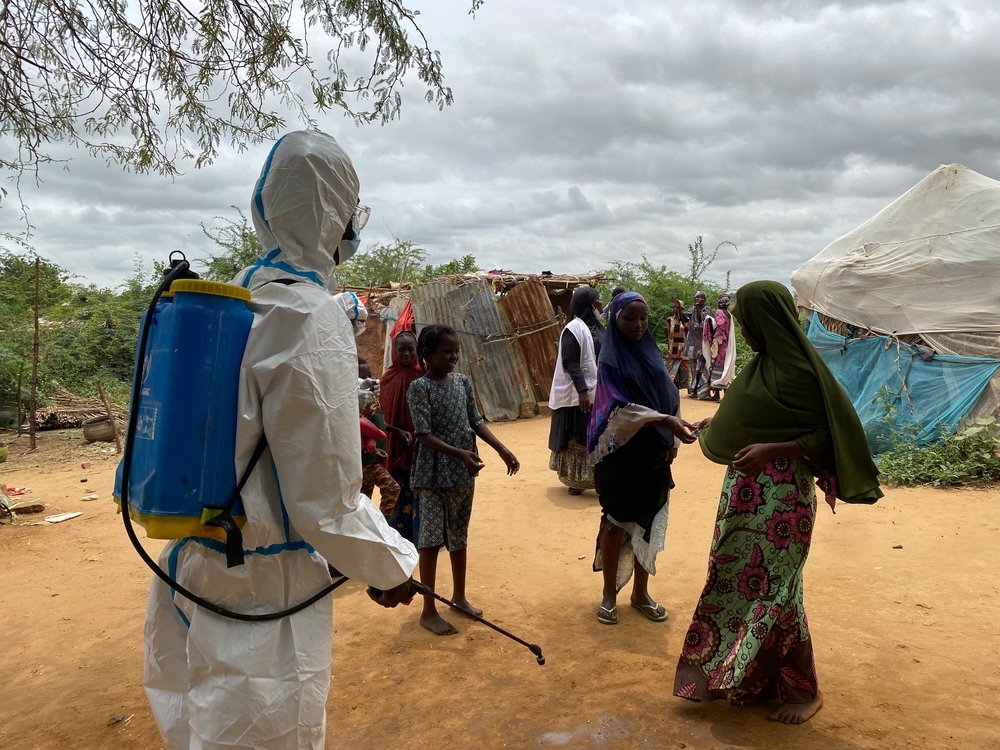 Mariama Diallo/MSF
A water, hygiene and sanitation agent is disinfecting the house of a patient admitted at the CTC in Konni, in Sabongari neighbourhood, Tahoua region. The houses of his neighbours and contact persons, will also be disinfected.

This is one of the comorbidities that affect patients treated for cholera.

This year, the rapid deployment of material and personnel in response to the epidemic is particularly challenging because of the high number of districts affected across the country. 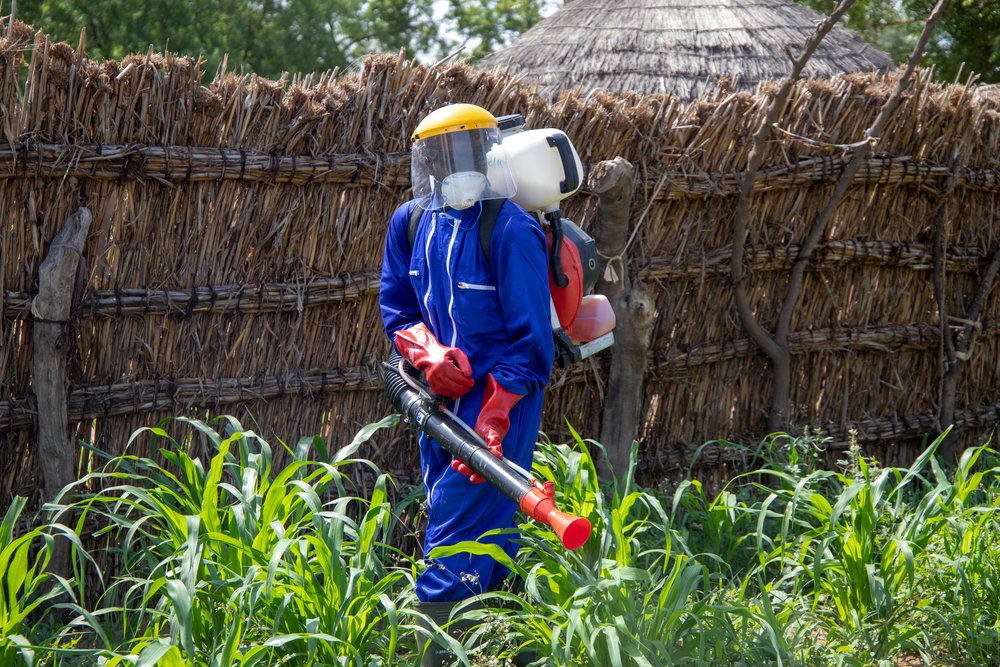 Mario Fawaz/MSF
A water, hygiene and sanitation agent is proceeding to the disinfection of houses – from a patient admitted at Magaria’s Cholera Treatment Centre and his neighbours ones - in a community located in the district of Magaria, Zinder region.

This, in alongside the malnutrition and malaria peaks, are currently putting Niger’s medical system under a great deal of pressure, in terms of health staff and medical care capacity.

“In the region of Zinder, the number of patients with cholera has started to decrease thanks to a quick intervention, including both medical and community components, which allowed us to contain the number of epidemic clusters,” says Ba.

“This is the reason why more resources from all the health authority partners must be put in place, in particular to cut the transmission chain within the villages and neighbourhood affected by the disease.” 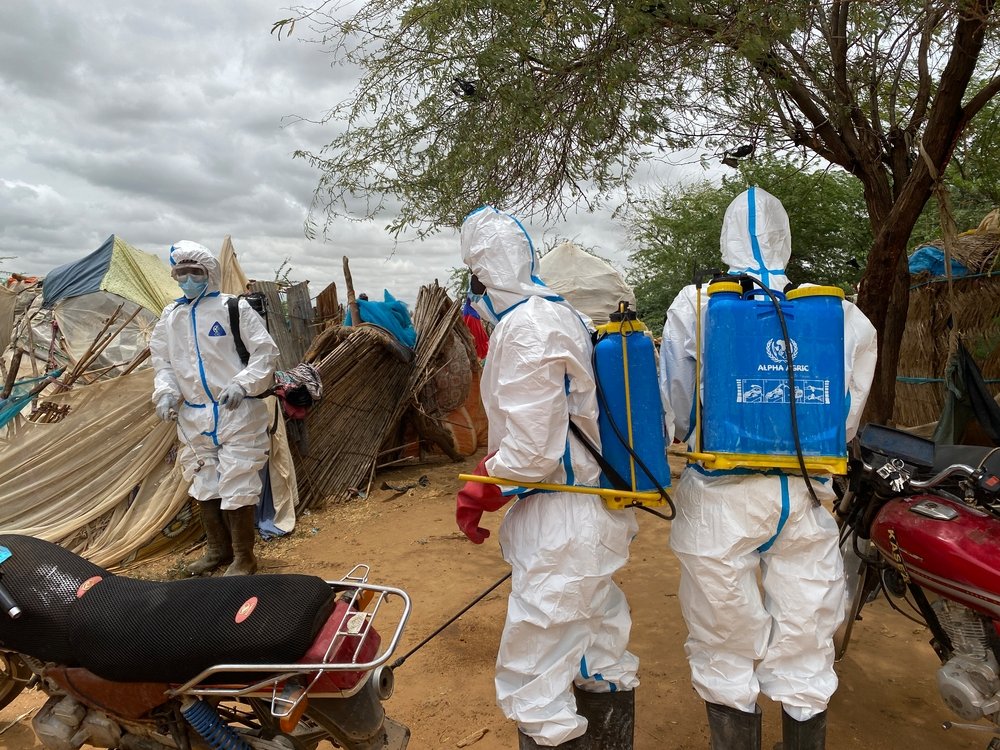 Mariama Diallo/MSF
The water, hygiene and sanitation team is arriving in Sabongari neighbourhood, in the district of Konni located in Tahoua region, Niger.

During an epidemic, the use of vaccinations in the affected areas is a complementary action to the medical treatment, awareness-raising, and water, hygiene and sanitation activities to stop the spread of the disease.

It is the combination of all the measures that will allow Niger to overcome the epidemic.

MSF remains ready to support the Ministry of Public Health with a vaccination campaign in the most affected areas.