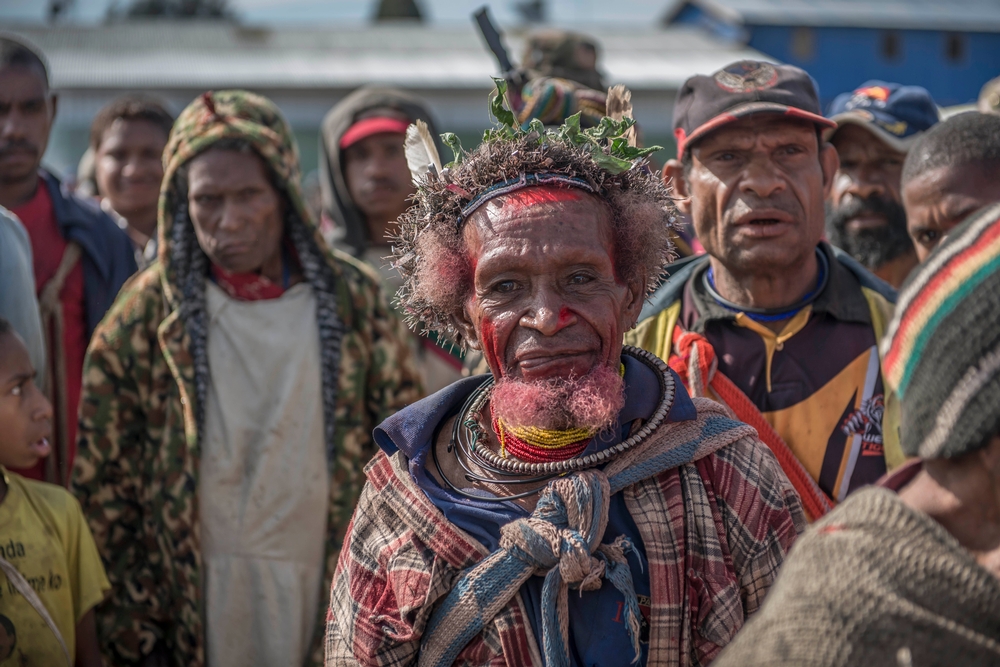 Aoife Ní Mhurchú is a Pediatrician, working with MSF on a sexual and gender based violence assignment in the Tari Highlands in Papua New Guinea. Here she writes home for Christmas.

I am currently working with Médecins Sans Frontières (MSF) in a hospital in the Tari Highlands in Papua New Guinea, a country widely known as one of the worst places in the world for gender based violence.

Tari is remote and inaccessible from other parts of the country by road. It comprises of a small airstrip in the mountains, and some buildings surrounding the airstrip including the hospital, the police station, a bank and a few small general stores.

Flying into Tari, you would wonder where the large population the hospital serves come from! There is only alpine forest, rain forest and bush as far as the eye can see.

The mountains are beautiful and on a clear day the scenery is stunning.  As we are at a high altitude, it is warm by day and cool by night which is ideal and really seems like the perfect weather for sleeping through the night were it not for the hospital emergencies. 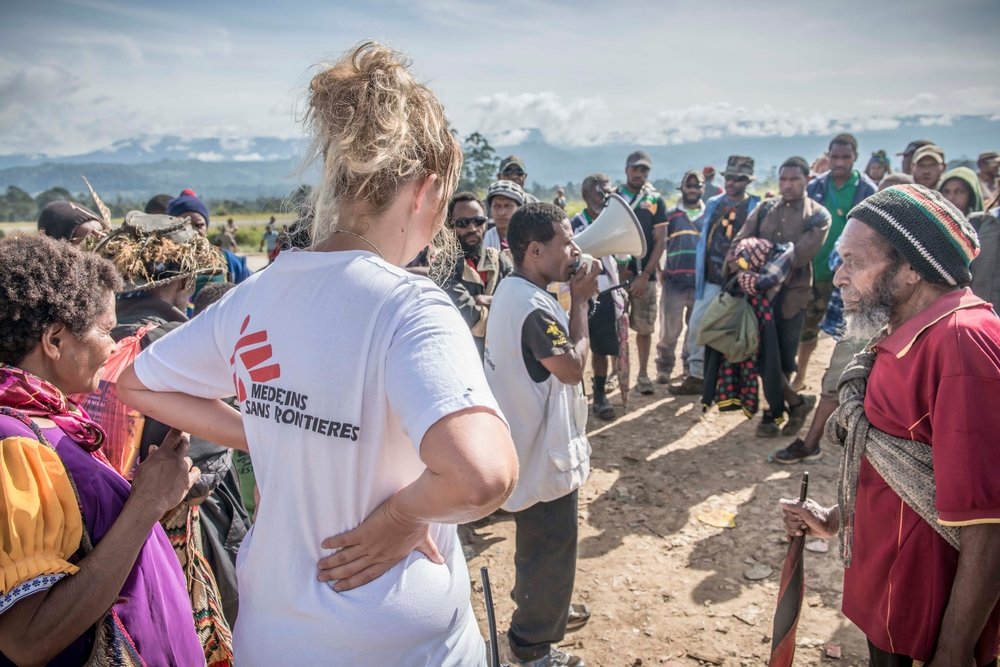 On an average day, I see several violence related cases in the A&E. I see many women, victims of family and sexual violence, coming through the hospital system.

These women arrive at the A&E having sustained lacerations as a result of being “chopped”, a term used in Papua New Guinea to describe a bush knife (that resembles machete) or an axe injury.

This can vary from a deep cut anywhere on the body to the loss of a finger or a limb. Other women may have been beaten, stoned or ‘booted’.

Violent conflicts, whether between different tribal communities, interpersonal, or related to family violence occur constantly in this rural mountainous region.

These can quickly descend into more serious clashes with road blocks, houses being burned, rape, severe injuries and deaths. 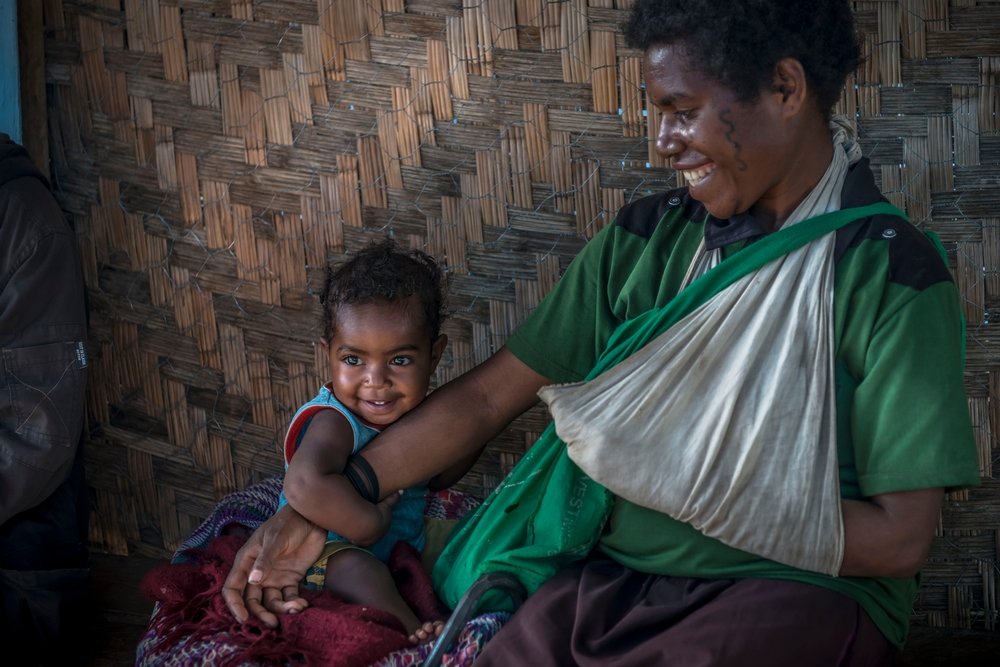 During my first weeks at the hospital, the last living son of a local woman was severely wounded with bush knife injuries and was brought to the Accident & Emergency.

The national staff and I made great efforts to resuscitate this young man and he was moved to the Intensive Care Unit. When he died a week later, his mother’s tribe arrived in Tari to retaliate and extreme fighting occurred.

The houses here close by the hospital were set on fire and some of our staff were displaced and out of work. They had to move quickly into the bush with their children and their pigs to escape the fighting.

The staff and I are on constant alert during these periods of tribal fighting.

It is a very traditional way of life here in the highlands. It is a barefoot society and few people wear shoes.

There are some days when I am so focused on work that when I see a Huli Wigmen standing in front of me I don’t really react at all but most days I am struck by what I am experiencing and how extraordinary it is.

The Huli Wigman, women and children amaze me. I never tire of the traditional dress, the painted faces, the bones and the beads, the feathers and the ferns decorating wigs, hair, and heads.

It is an extraordinary experience to see this in my everyday life here. 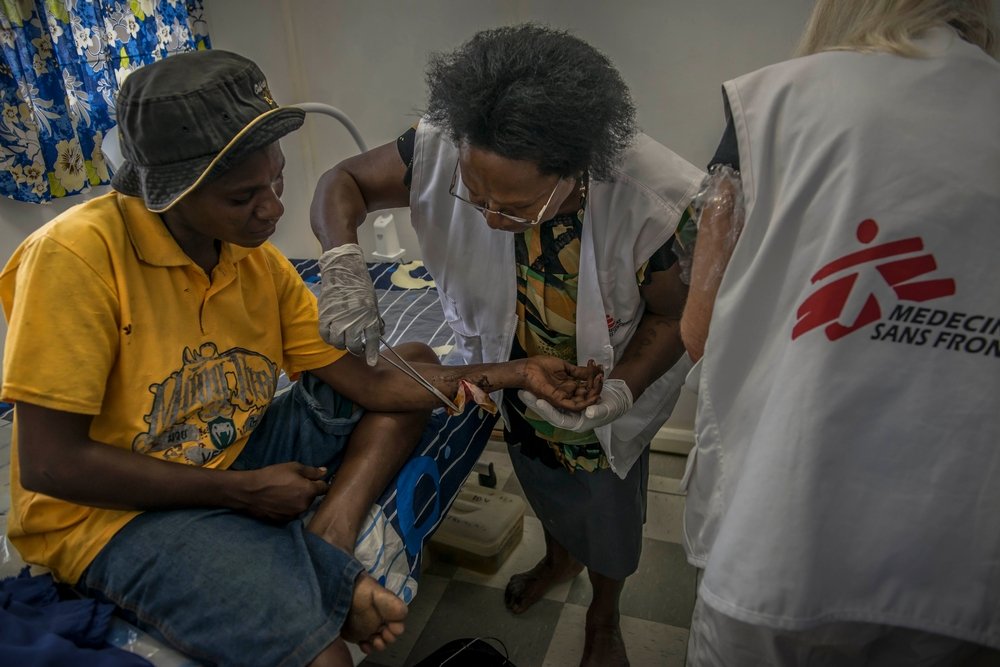 While the atmosphere within the hospital compound is lively - I face many challenges related to keeping enemies apart on the wards, staff not being able to come for work due to being unable to pass enemy land when there is fighting.

Staff are often looking for emergency leave at very short notice for all sorts of family violence related issues.

Recently a 19 year old was carried into the Accident and Emergency after being shot. He sustained a large skull fracture with a deep penetrating bullet wound, and the bullet was lodged in the brain.

With a great team effort he was resuscitated and transferred to the intensive care unit where he began to recover against all the odds. He suffered with loss of speech, loss of voluntary function, loss of balance and coordination.

After 2 months as a patient here at Tari Hospital, this patient has now been discharged. He was able to thank us himself having regained his speech, and he was able to walk away home slowly but unaided.

His recovery was a remarkable achievement for all the staff and it was so nice to see that young man go home to his family for Christmas.

I will miss being home for Christmas myself. I’ll miss my remarkable mother, my uncles, my 9 siblings, my 10 nieces and nephews. I will of course miss my loved one, friends, Christmas carols, tinsel and much more!

After Christmas I will miss the pig and the two goats that we have been feeding and chasing into the pen these last 5 months for they will be the guests of honour at the MSF Tari Hospital Christmas party.

We have a team from all over the world, from Ireland, Germany, England and Greece, South Sudan, Ethiopia, China, Afghanistan and India and of course from our host country Papua New Guinea. It will be a colourful Christmas!