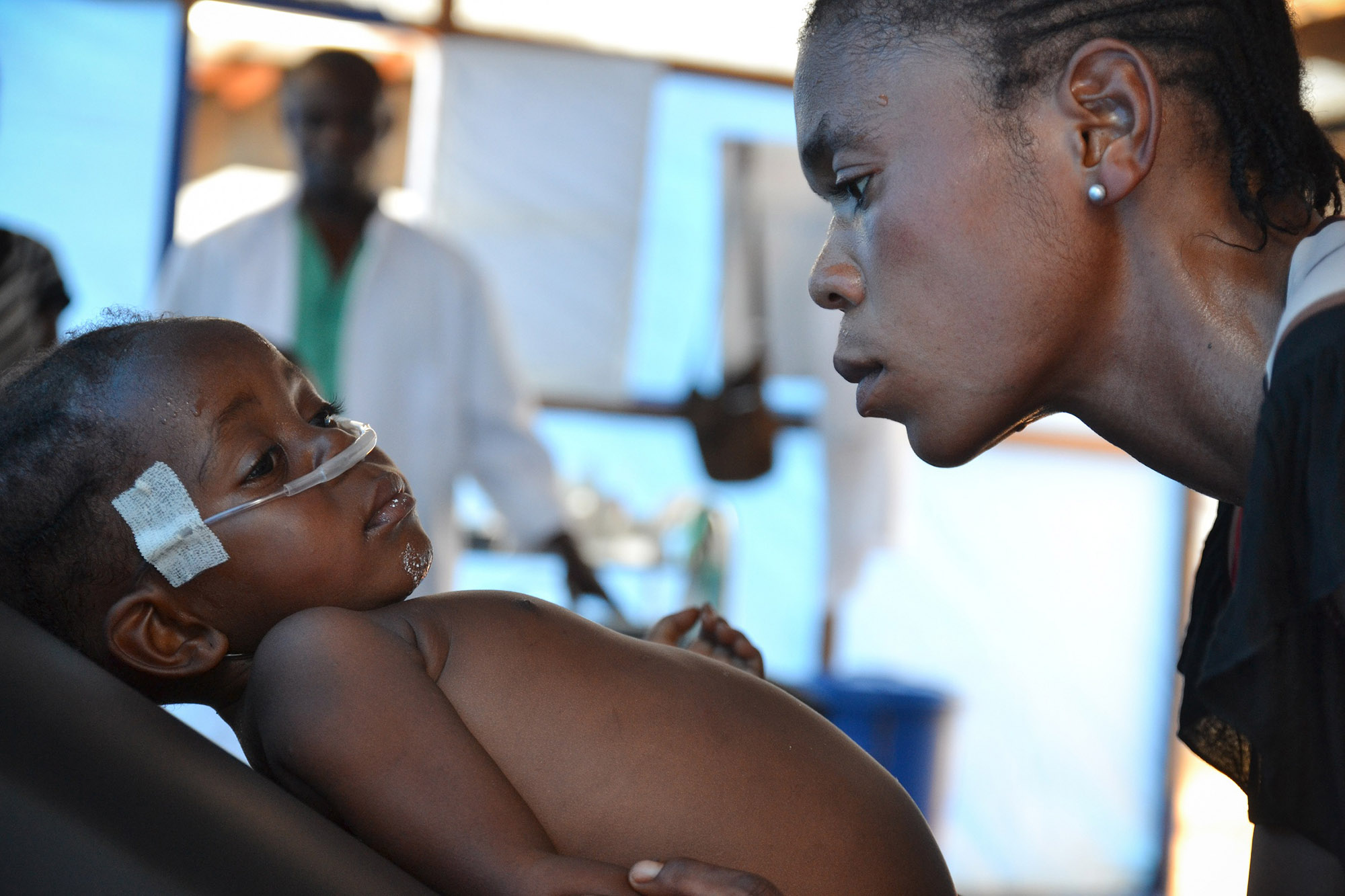 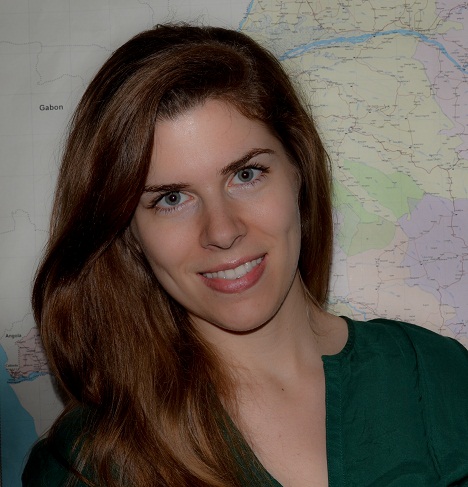 Aside from the blips and pings of various monitors, the only sound is the little girl’s laboured breathing. Though she’s feverish and limp, you can still see distress in her eyes. Her mother’s eyes too, as she searches for the smallest change for the better – or for the worse – in her daughter’s expressionless face.

The two-year-old girl, Clémentine, and her mother, Zamudia, arrived at the MSF-supported Bikenge health centre during the night. Though it’s only nine in the morning, the air inside the emergency ward is already moist and hot as the temporary walls of plastic sheeting trap the heat inside.

This is Congo: some health centres don't even have paracetamol

“She has been like this for four days,” Zamudia says, without taking her eyes off the child. Given the situation she’s in, I don’t have the heart to ask her why she waited so long to come here. But I can make a guess.

In this part of Congo – deep in the forests of Maniema Province, where some of the country’s worst health indicators can be found – heathcare facilities are few and far between. Even those that are easily accessible offer limited services, and for a price that few can afford. As such, people prefer to go to traditional healers or self-medicate at home. You can even buy pockets of blood at the roadside. 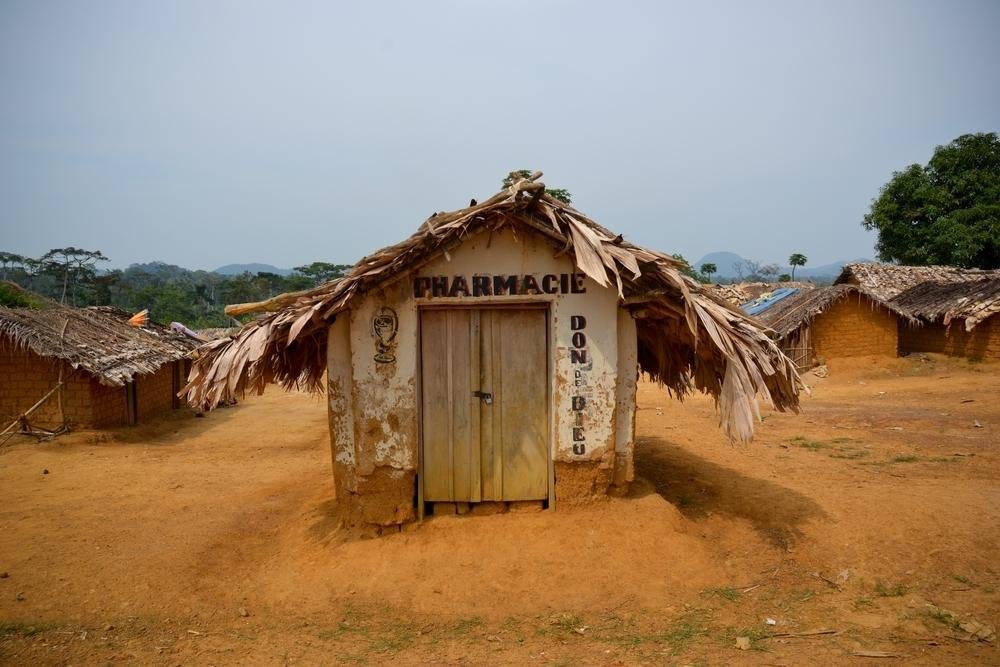 A boarded-up pharmacy in Bikenge town.

Once Clémentine’s condition stabilises, the mood in the ward lightens somewhat. I chat with the medical staff as they administer painkillers, fill out patient cards, take vital signs and tidy. Working in the emergency room of Bikenge’s only public health centre, there’s not much that ruffles these guys’ feathers. But they all seem a bit shaken up by this child and the fitful rising and falling of her chest.

I ask them if they see this often.

“All the time,” they tell me, nodding at each other in confirmation. Some weeks, 20% of the 400-odd patients walking through the door have a respiratory infection, and a handful are serious enough to need hospitalisation. I think about the dust in the air, the trash everywhere, the hacking cough I woke up with this morning, and am not entirely surprised. 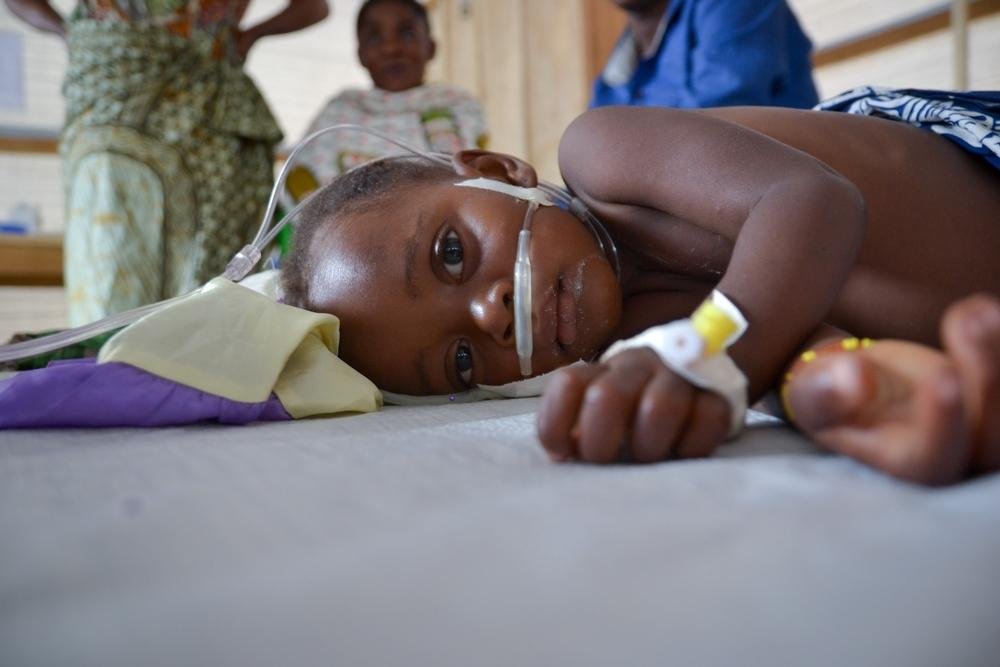 The next day I find Zamudia in the intensive care ward with Clémentine, whose little lungs have somehow kept on going through the night. Zamudia looks as if she hasn’t slept. Clémentine’s condition is the same, and she remains on oxygen and under constant supervision. She is still lethargic, clearly fighting to keep her heavy eyelids open.

As I watch this scene quietly unfold, I take stock of how hard life is here – especially for Bikenge’s kids. It is a sink or swim kind of affair, and you’re expected to get wet early. Children go to work at an age you can still count on your fingers, recruited by unscrupulous business people. Parents often turn a blind eye to this, as a child in a classroom is less remunerative than a child at the market or down a mine. 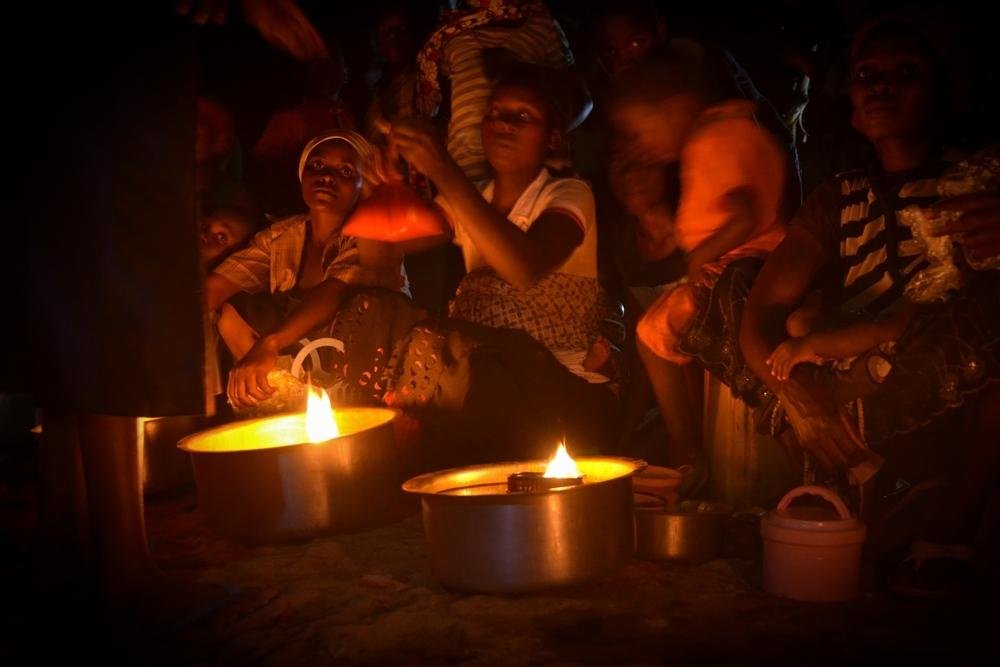 Sandra Smiley/MSF
MSF has just opened a new health centre in Bikenge, a very remote mining town in Maniema Province, Democratic Republic of Congo (DRC). In this area, access to healthcare is difficult and illnesses like malaria, respiratory infections and sexually transmitted diseases are common. The team on the ground is offering primary and secondary healthcare in Bikenge health centre. In the first months the team is providing free healthcare to pregnant women, children under the age of 15, providing emergency surgeries and treating cases of sexual violence, as the organisation brings in supplies and medications. Soon, free healthcare will be provided to all. In the first six weeks of activities the team carried out more than 2000 consultations.

As time goes on and the strong antibiotics, painkillers and bed rest take effect, Clémentine regains her strength. Soon she is exploring her unfamiliar surroundings with big, curious eyes and a cautiousness I’ve rarely seen in a child of her age.

At the risk of sounding paternalistic – or maternalistic, as the case may be – I’m scared for Clémentine. Being a girl growing up in Bikenge, the risks to her health and well-being are many: the malarial pits, the piles of stinking organic waste, the pimps and hustlers and other opportunists. I worry she’ll end up back here, with some other preventable illness. And I worry that when that happens, MSF will no longer be here to ensure our protocols and high standards of patient care are upheld. This is Congo: some health centres don’t even have paracetamol. 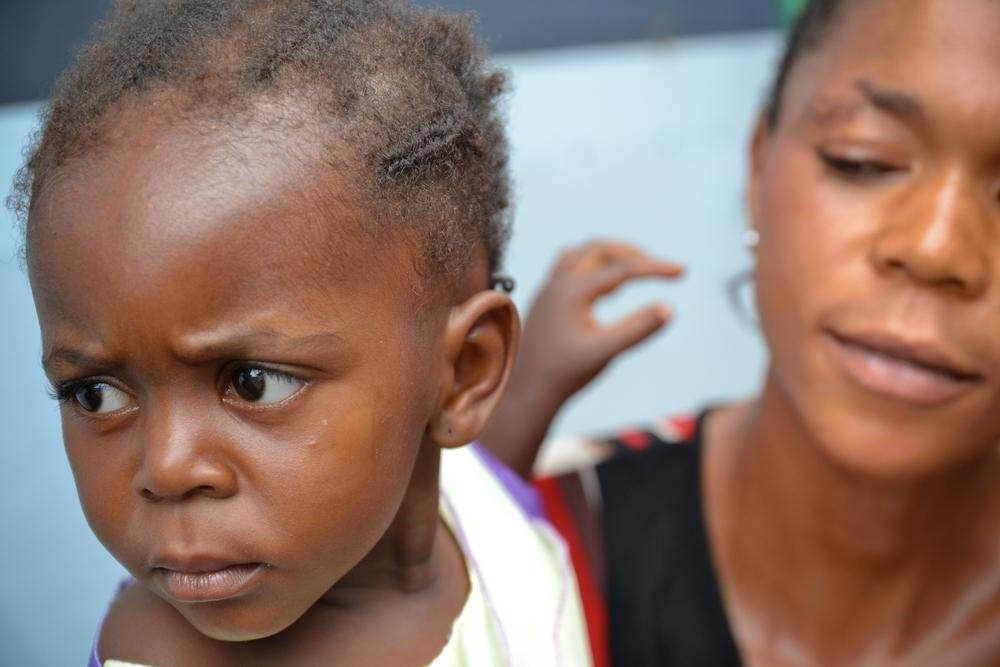 But on the other hand, I hope she doesn’t allow those risks to dictate how she lives. I hope this timidity I’m seeing in her is just because of the Mzungu wandering around with the big camera, the sunburn and the wheeze. She has just overcome an illness that could have easily proved fatal. I hope she has the strength to live her life fully and without fear, despite everything that may attempt to weaken her.

Four days after they arrived, Clémentine and Zamudia leave the Bikenge health centre to join their family at home. As evening approaches, they pack up their bags, say their goodbyes, and set off under the darkening blue sky.

I wave to them as they go, but neither looks back. 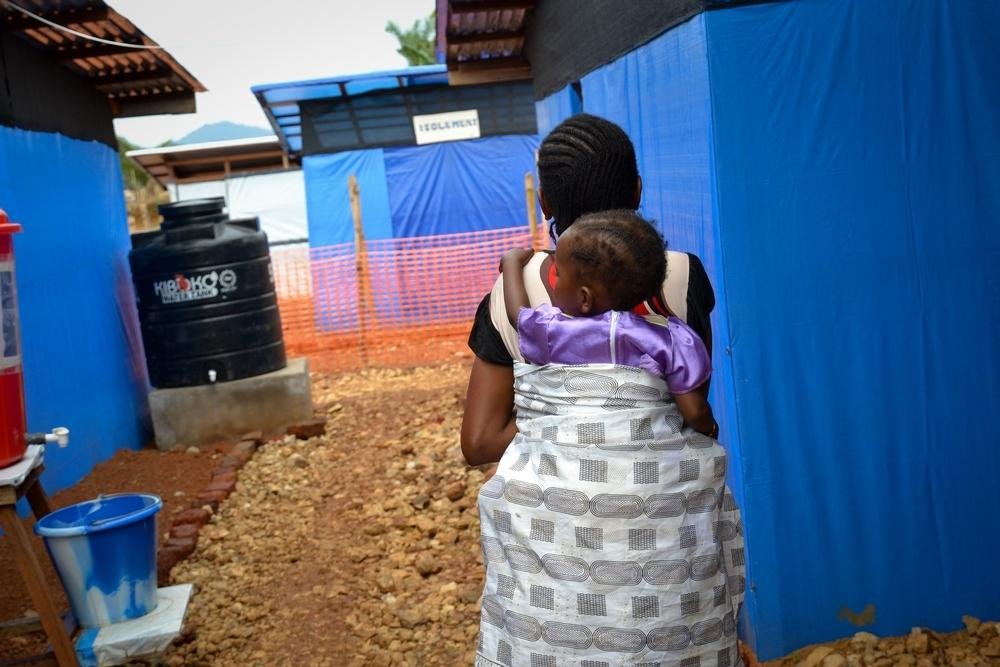 Listen to Sandra discuss this blog post on Everyday Emergency, the MSF podcast