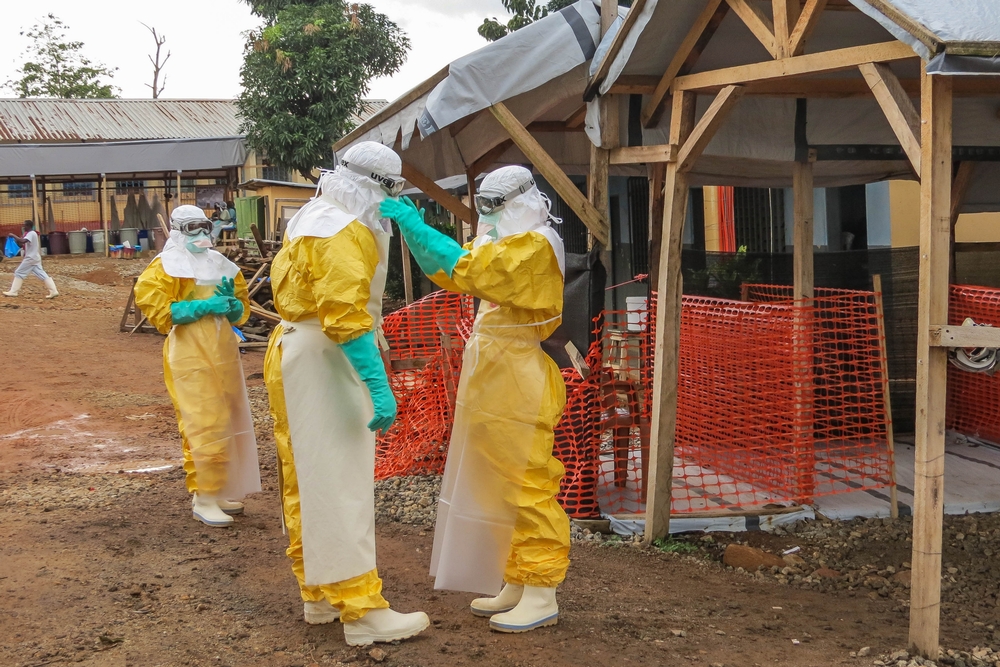 A clinical trial for a possible treatment for Ebola started in Guinea on the 17th of December. The trial is led by the French medical research institute INSERM and is taking place at Médecins Sans Frontières/Doctors Without Borders (MSF)’s Ebola Treatment Centre in Guéckédou, in the east of the country.

Although every experimental treatment for Ebola patients offers hope, MSF remains prudent. There’s no guarantee that the drug will be effective and safe, and even if it is, it will not mean the end of the epidemic which continues to spread in the three most affected countries of West Africa.

The trial aims to include as many Ebola positive patients presenting at the MSF treatment centre in Guéckédou as possible. There will be no control group (group of patients who do not receive the treatment) in this study, as it is considered unethical to deny a group of patients the higher chance of survival that may come with the new treatment, especially given the high mortality of Ebola.

Instead the outcomes of the patients will be measured against those of MSF patients admitted earlier this year, before the trial began. The first conclusive results are not expected before the first trimester of 2015.

All new patients arriving at the MSF Ebola treatment Centre in Guéckédou are informed about the possibility of receiving the experimental treatment and can elect to participate in the study or not.

Those who do not wish to be given the new treatment will receive the same supportive care as those who do, but without the administration of trial drug.

The drug being used in Guéckédou is favipiravir, an antiviral drug produced by the Japanese company Toyama/FujiFilm.

This drug has had good results against Ebola in animal studies and good safety results in humans when used for another viral infection. But as the drug has never been studied in humans against Ebola, it is important to wait for the results of the trial before declaring favipiravir a treatment for Ebola.

If favipiravir is shown to be safe and effective, it will be made accessible to Ebola patients in other Ebola treatment centres through advancing the trial to the next phase.

This means that after approval from national authorities and independent ethics committees more Ebola positive patients in West Africa will be placed on the treatment.

A safe and effective treatment for Ebola will prevent many patients from dying, but it will not change the curve of the epidemic.

Interventions like early admission of patients in specialized centres, thorough and accurate contact tracing, tailored health promotion as well as hygiene and sanitation measures will continue to be the most important strategies in ending the outbreak. Research into other treatments including vaccines and new diagnostics will also remain important.