Treating victims of sexual violence is truly a complex problem with people affected at physical, psychological and social levels

In some societies, sexual violence is overwhelmingly frequent. Women, men, girls, and boys are sexually assaulted in different contexts, both in situations of conflict and also in the course of daily life. That’s why, in the Central African Republic, Médecins Sans Frontières/Doctors Without Borders (MSF) is taking a holistic approach to assisting survivors of rape and other forms of sexual violence. In December 2017, MSF opened a clinic for the treatment of victims of sexual violence, and has treated nearly 800 people since then. Of these, the majority were women, and a quarter were children.

Luciano Canchelara is a psychologist who has been working at MSF’s sexual violence clinic in Bangui for the past three months.

Treating victims of sexual violence is truly a complex problem, with people affected by their ordeal in three key ways: at physical, psychological and social levels. If, as the World Health Organisation (WHO) states, health can be understood as "a state of perfect (complete) physical, mental and social well-being, and not only the absence of disease", then we must tackle this problem from these three angles in order to bring our patients back to as healthy a state as possible.

In Bangui, the capital of the Central African Republic, we meet people who come to our clinic with clear physical consequences of aggression, for example with different injuries or gynecological complications. These patients are also at serious risk of contracting sexually transmitted diseases such as HIV and Hepatitis B, among others. The trauma of the experience also leaves traces at the psychological level. In the case of boys and girls in particular, there are psychological symptoms, such as behavioral disorders, feelings of deep sadness, and paralyzing fear. All of these are signs that something is wrong, and behind these we often find an episode of sexual violence. Adult patients, too, frequently show signs of post-traumatic stress, or severe alterations in mood that can prevent them from continuing with their daily lives.

Unfortunately, there is also a lot of stigma here surrounding sexual violence. Some children stop going to school, while some are rejected by their peers and even – in the case of both children and adults – cast out by their own families. It is also common to find people who, due to the armed conflict, have had to move from their homes to other towns and as a result are living in very poor conditions. Many of these people have already suffered sexual assaults at another time and have lost family members due to armed conflicts and disease. 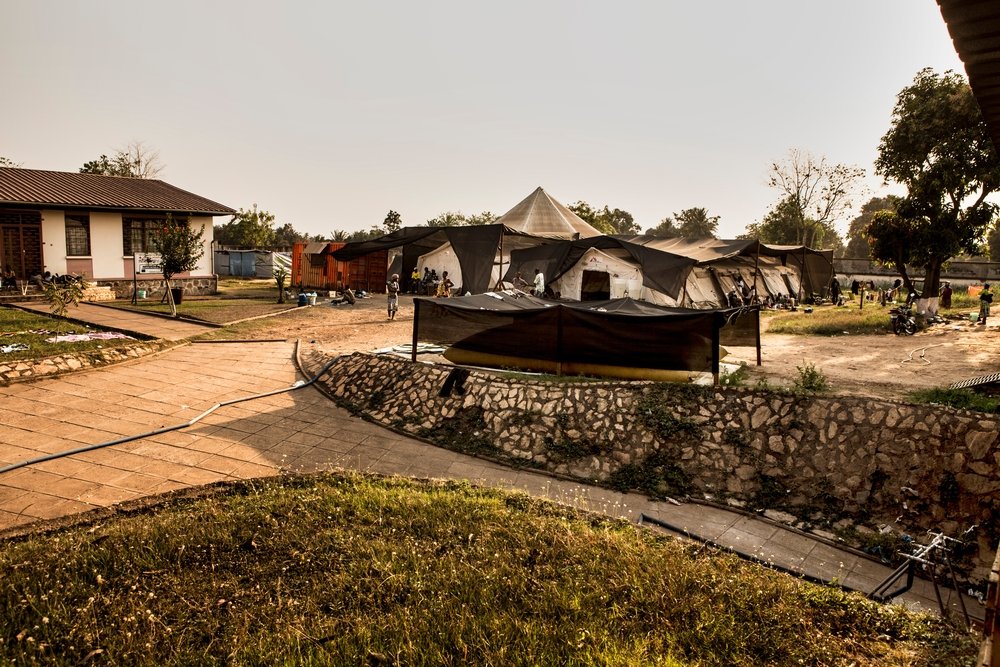 This is the complexity of the problem we are facing in the Central African Republic, and this is why my colleagues have designed a model of care for patients covering medical, psychological and social assistance. This means treating any injuries while taking action to prevent sexually transmitted diseases that sexual violence can entail. At the same time we have a mental health service to reduce the impact and alleviate the mental symptoms of the survivors. We have a special room to serve children and another room for adults. Finally, our team of social workers is responsible for supporting the reintegration of survivors into the community. They can provide patients with information on the legal implications of the attack, as well as assess different needs and refer the patient to services that can help, like education, food, and legal support.

Our objective is to recognize suffering in all its dimensions and support patients with humane treatment. We try to respond to all of the dimensions of human suffering that are connected to sexual violence. The results that we are seeing with this holistic approach are much better than we would see if these departments weren’t linked.

We believe that by doing this we can do what we are here in Bangui to do:  to serve and cure survivors, and support them as they start their life again.

READ MORE ABOUT OUR WORK IN CENTRAL AFRICAN REPUBLIC >