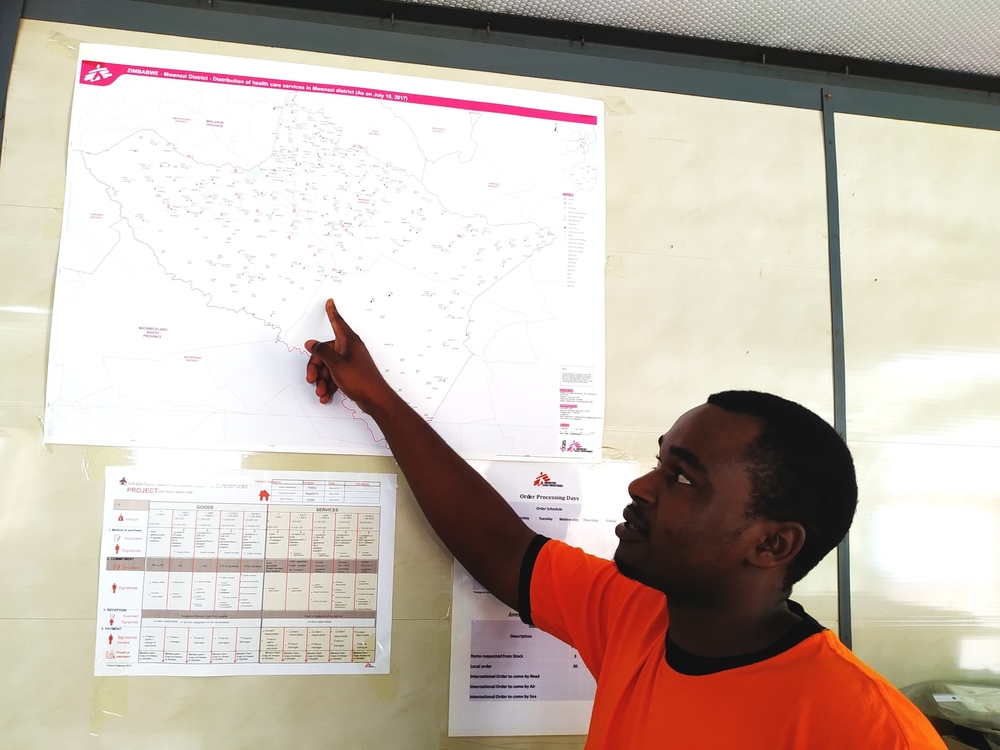 Just after Cyclone Idai made landfall in southern Africa, international medical organisation Médecins Sans Frontières/Doctors Without Borders (MSF) sent four experts in Geographical Information Systems (GIS) to the region and mobilised thousands of volunteers around the world to produce high-quality maps of the worst-hit areas to help emergency teams mount an effective response.

MSF teams responded to the natural disaster by sending emergency teams and medical supplies to southern Africa. Simultaneously it deployed four GIS experts – one of whom was already in Zimbabwe – to support the teams by providing detailed, multilayered maps of the region, in its largest GIS response since the 2014 West Africa Ebola epidemic.

GIS services can combine multiple layers of information on a single map, helping responders to understand the scale of the emergency, plan logistics, improve epidemiological surveillance and coordinate with other organisations.

“With such a large-scale natural disaster, the needs are most acute at the onset of the crisis,” says Audrey Lessard-Fontaine, head of MSF’s GIS Unit. “At the onset, the situation is changing continuously – whether that’s road access, water levels or damage assessment. We need that information to plan how we are going to reach the affected population.”

MSF teams are increasingly aware of the importance of GIS in helping them plan operations and support decision-making in emergencies, and are requesting more operational support than ever before.

“It is now almost a reflex for the teams in an emergency setting to ask for GIS support for epidemiology response by mapping out cases to see where patients come from,” says Lessard-Fontaine. “They also need GIS support for water and sanitation assessments, to map out where the water points and latrines are.”

A key element of the GIS response is base maps, which show buildings, waterways and road networks in the area. GIS experts need these base maps to provide high-quality analyses of the affected areas for use by MSF’s logisticians and epidemiologists.

Surprisingly, such base maps do not exist for many of the regions where MSF works, which are often remote, disaster-prone or home to some of the world’s most vulnerable people. The lack of maps presented a major challenge – until a simple solution was found, known as the Missing Maps project. With the help of OpenStreetMap – a crowd-sourced map – thousands of volunteers worldwide digitise satellite imagery and create maps of the most vulnerable areas of the world for use by aid organisations. 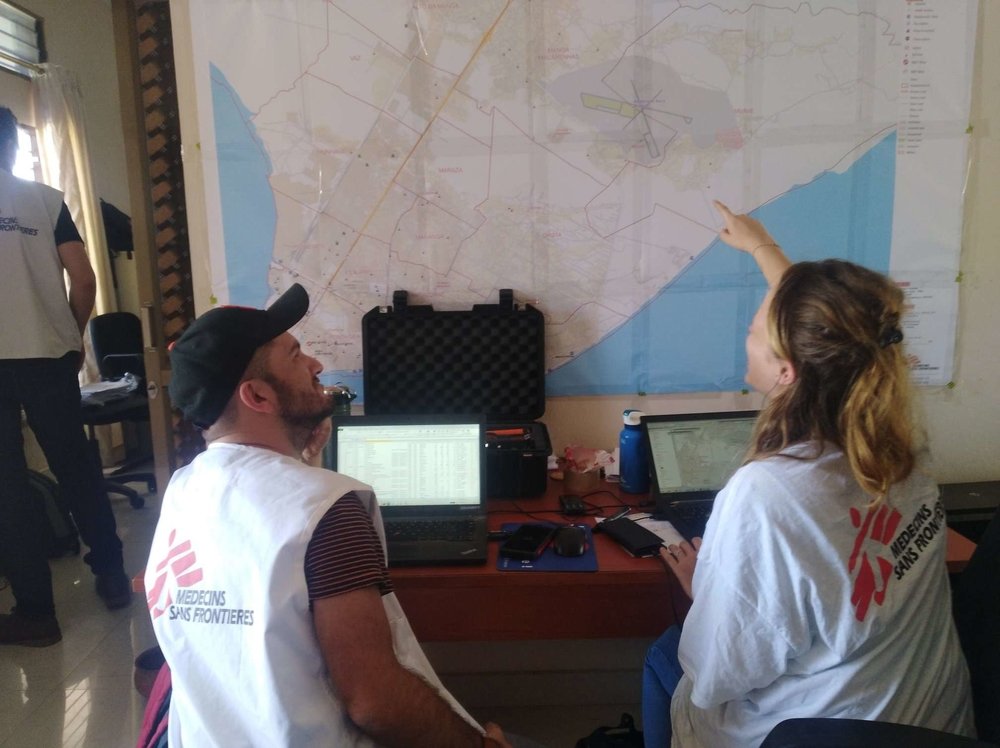 MSF
Two GIS officers, Camille Gallet and Fabien Lambertin have been deployed in the early days to provide GIS support for MSF operations in Mozambique.

The Missing Maps project was set up in 2014 by a number of humanitarian organisations, including MSF. When Cylone Idai struck, its volunteers were quick to swing into action. Already they have mapped more than 200,000 buildings and nearly 17,000 km of roads in the affected areas.

Zimbabwe is one country for which few detailed base maps exist. MSF GIS officer Last Prosper Mufoya provides GIS support for MSF operations in Zimbabwe. When the cyclone hit, Mufoya immediately activated the Missing Maps community to create maps of the worst-hit area, Chimanimani. “Chimanimani was totally cut off from the rest of the world, as all roads leading to it were damaged and most bridges were washed away,” says Mufoya.

Using satellite imagery, the volunteers focused on capturing roads, buildings and water drainage systems, since very little of this data was available on OpenStreetMap. “Volunteers from all corners of the Missing Maps community, including our Zimbabwean chapter, worked tirelessly to contribute data on the tasks,” says Mufoya.

The base maps of Mozambique, Zimbabwe and also Malawi - which experienced dramatic flooding caused by the weather systems associated with the cyclone -  produced by the volunteers have been distributed widely to all organisations involved in the emergency efforts, helping them to gain a clear picture of the situation on the ground and to plan a quick and effective response.