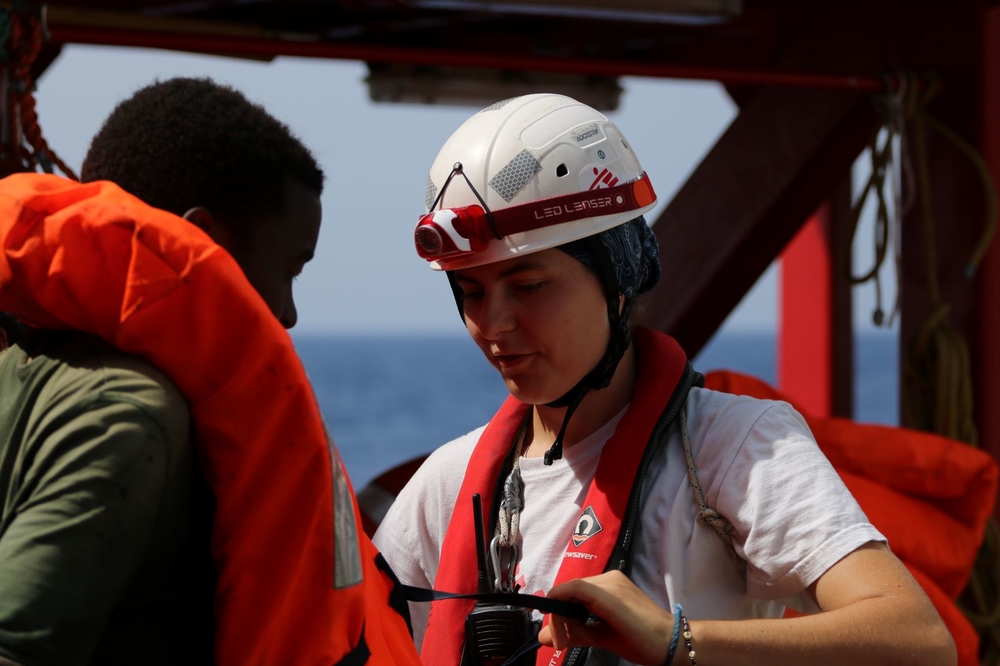 After 14 days stranded at sea with 356 vulnerable men, women and children on board, the Ocean Viking, operated by Médecins Sans Frontières/Doctors Without Borders (MSF) in partnership with SOS MEDITERRANEE, was finally offered a place of safety for disembarkation after a coalition of countries, including Ireland, offered to resettle the rescued people on board.

Whilst waiting for the ship to be assigned a place of safety, Stefanie, MSF’s medical team leader on board the ship, wrote about a day in the clinic on board the Ocean Viking.

"After each of the four rescues, our MSF medical team completes a primary medical assessment, examining the medical needs of the rescued people. As well as assessing the physical scars, wounds and other conditions requiring immediate medical attention, we identify those who require additional psychological support.

When the rescued people come onboard the Ocean Viking, they are completely exhausted. They have spent many hours at sea, with no sleep, no water, and no food. Immediately after embarkation, patients typically present with dehydration, general physical weakness, dizziness, hypo-or hyperthermia, and burns – mainly caused by fuel or the sun -, or with newly sustained injuries associated with crossing itself. After the first 24-hours, people start to recover from these initial symptoms. But, in the subsequent days, they continue to come to us with minor conditions, which can be general body aches and pains, nausea, generic abdominal pain or feelings of weakness. These symptoms are often psychosomatic, which means the body is physically responding to a psychological trauma that the mind is struggling to cope with. 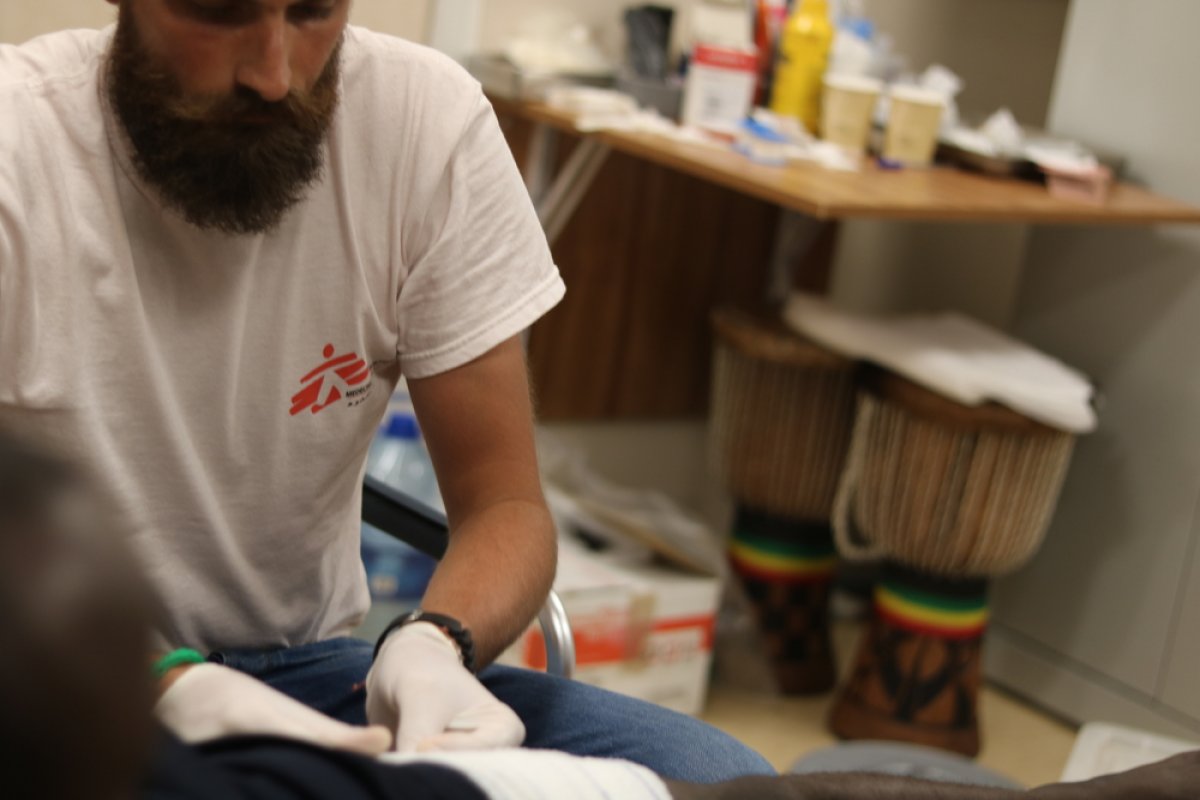 MSF/Hannah Wallace Bowman
MSF Doctor Luca Pigozzi on board Ocean Viking treats a rescued person for an infection in his upper leg, caused by exposure to unsanitary living conditions for an extended period of time.

It is often during initial consultations for more physical ailments, wounds or scars that we are able to identify people who are mentally stressed. We see that people often wander off with their thoughts and switch to a “thousand miles stare”. They develop reactions one wouldn’t expect from other patients. This might be an unexpected higher or lower sensitivity to pain or touching in physical examinations, over cautiousness, or even unusual physical reactions to certain medication.

The trauma the rescued people experience is often not specific to one single event. Sometimes it is the result of an accumulation of various situations they have been exposed to since they were children. Many tell us that they grew up in conflict affected areas and had to flee with their families. Some have lost relatives and did this dangerous journey through the desert and through Libya unaccompanied.

Most of the minors we have on board have never experienced what it means and how it feels to live in a safe place and stable environment, or what it’s like to have a safe place to play as a child. What they know very well is how it feels to always be alert, to be surrounded by anxiety and uncertainty, and to be on the move. During the conversation with them, we are often faced with the impression that this way of living has become “normal” for them.

We now have 356 people on board, and it’s important we spend time with each person. Some haven’t been in contact with their families and friends for a long time. The medical consultation on board the rescue ship might be the first time people are being heard or respectfully treated in a long time.

Some of them come to our clinic and break down in tears, because they are not used to getting any attention or respect. Some feel that they didn’t deserve attention – be it medical or not.

A young man who has always felt invisible might, for the first time in his life perhaps, share his story after suffering in silence for a very long time. In the clinic, we have the privilege of holding a safe space that allows for moments of insights. We feel humbled by their courage. And listen to what they have to say.

In our clinic on board the OV we treat physical wounds and conditions, and try as much as possible to at least offer a minimum of psychological first aid. But what they actually need is more broad psychological support than we will ever be able to provide with our team in a short time onboard the ship.

After all their experiences of insecurity and the traumatizing journey from their home country through Libya on to a rubber boat, any delay in allowing them to disembark in a port of safety will once again expose them to uncertainty and anxiety: make them feel worthless and unwelcome."

Six reasons why we are back at sea to save lives >