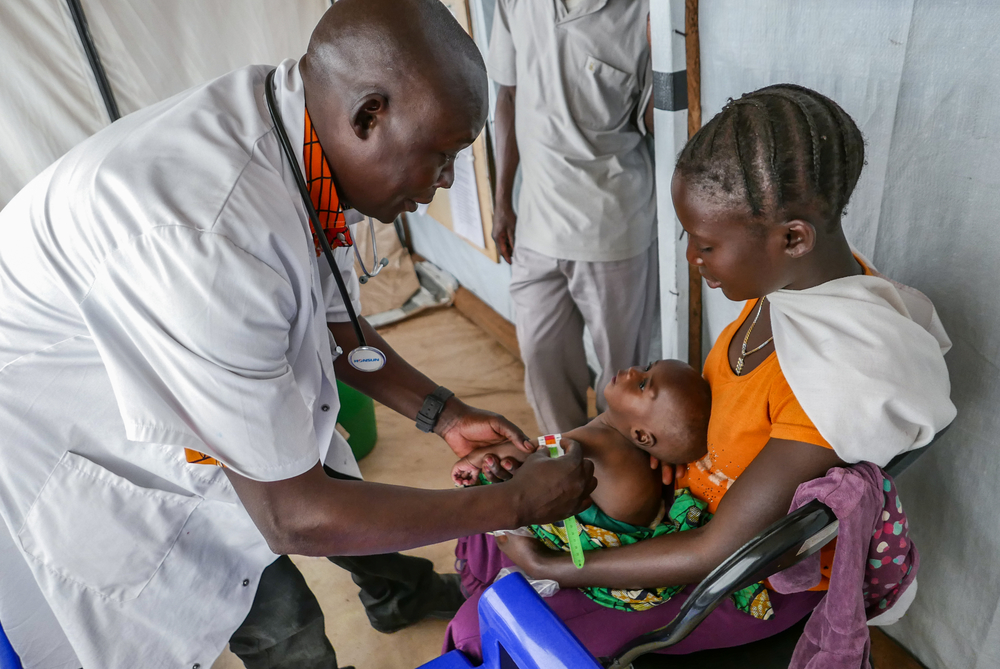 One year after intercommunal violence forced them to flee their homes, some ten thousand people are living in desperate conditions in Nizi, in Djugu territory, northeastern Democratic Republic of Congo (DRC).

A crowd has gathered in front of Innocent’s straw hut in Limani, an informal settlement where people forced from their homes by violence have been eking out an existence since they arrived here in February 2018.

“I don’t know how we will end up if things go on like this,” says Melchior, one of the people gathered there. “Children are suffering because they don’t eat. The lack of food is affecting their health.”

Innocent, Melchior and some 10,000 others have been living in the Nizi area for a year. “We’re living in bad conditions, without plates, without containers to carry water,” says Espérance. “The surrounding fields have already been cultivated and we are many, so we have to go very far to find work for a salary of only 500 to 1,000 francs [30-60 US cents].”

A few kilometres away, at the Tsé Lowi site, conditions are no better. Some of the makeshift straw huts have been reinforced with plastic bags or sacks left over from past food distributions, but this provides scant protection from the rain. “It helps a little, but in most huts the water still seeps in,” says Mambo, who lives in Tsé Lowi. “Some people have no protection at all."

Mambo’s neighbour, Joachim, joins in. “There are no tarpaulins, no food, no latrines and only one water source that’s far away with a very low flow,” he says. “People are worried about finding food. We live in great difficulty.”

Espérance, Mambo, Joachim and others built their makeshift houses in Limani and Tsé Lowi, fleeing a resurgence of intercommunal violence in Djugu which saw entire villages burned and tens of thousands of people left homeless. 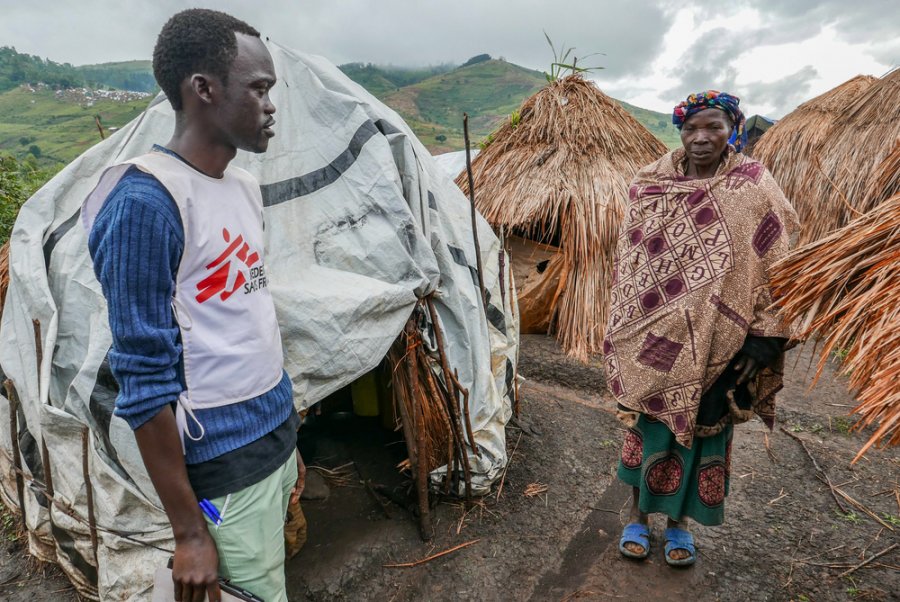 Limani and Tsé Lowi are just two of 13 similar sites in the Nizi region, which together shelter around 10,000 people. Elsewhere in Djugu territory, part of Ituri province, there are an estimated 26 similar sites, while a further 8,700 people are sheltering in two sites in the city of Bunia. According to the International Organization for Migration (IOM), the displaced people living in these informal sites represent just one quarter of the total number of displaced people in the region, most of whom live with host families.

MSF has been in the region since April 2018, supporting 9 health centres, two general hospitals and has provided more than 57,000 free consultations. Despite this, mortality rates – particularly among children under five – were above normal in villages and sites for displaced people in Nizi, according to an MSF mortality survey conducted in October. They suffer mainly from malaria, diarrhoea, acute respiratory infections and malnutrition.

“The environment in which displaced people live increases the risk and impact of diseases,” says MSF head of mission Dr Moussa Ousman. “Hygiene conditions are often deplorable: there are insufficient latrines, a lack of mosquito nets and people have no protection against the weather.” Malaria is endemic in this region, with a peak during the rainy season.

With no way to make a living, the displaced people often struggle to feed their families. “As they are far from their fields, they are deprived of their usual livelihoods and have to fend for themselves to survive, which increases the risk of malnutrition among children,” says Dr Ousman.

To tackle this situation, MSF has strengthened its medical response by training community members from 14 of the sites where displaced people are sheltering. They have been trained to identify the early stages of common diseases, and to provide medications to manage them.

However, more remains to be done to support the displaced people in the Nizi region. “A medical intervention alone is not enough to have a real impact on mortality rates in the area. Displaced people’s basic needs should also be covered,” says Dr Ousman.

There are around 50 settlements of displaced people throughout Ituri province, hosting many other people in need.