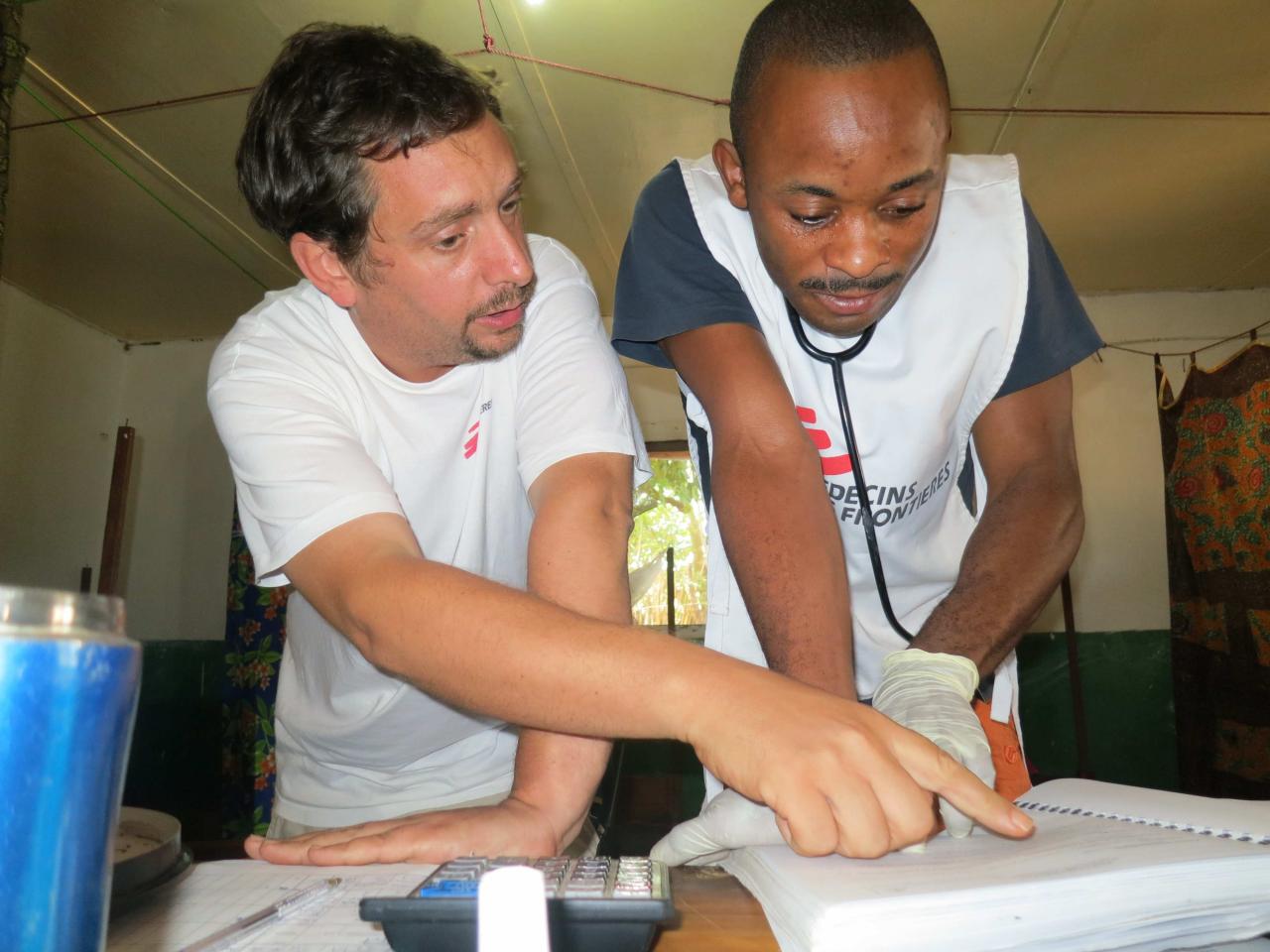 Fighting between government forces and Mai-Mai militias in the Katanga province of the Democratic Republic of Congo has caused thousands of people to flee their homes and hundreds to seek refuge at the Médecins Sans Frontières/Doctors Without Borders (MSF) hospital in Shamwana.

For the past few weeks, around 500 people have been living in the grounds of the MSF hospital. After it proved difficult to maintain a satisfactory level of hygiene and fearing a disease outbreak, the medical team managed to convince the town’s remaining residents to move outside the compound.

“People living here are terrified” said MSF’s Dr Thomas Mollet, in Shamwana. “We’re surrounded by empty villages and have seen a drop in patient numbers at the hospital. People have fled and don’t dare to seek medical treatment - they’re too scared”.

MSF outreach activities to the surrounding area have been affected by the fighting. Some Congolese nurses employed by MSF have been forced to leave their posts and flee with the population into the bush. The MSF health centres in Monga and Kishale have been looted, and solar panels stripped from the roof. The team is striving to deliver medicines to the remaining health posts in the area.

Several patients with urgent referrals from health clinics have not made it to the hospital. The medical consequences are often severe when people cannot access essential healthcare. Last week a child died of severe malaria after a road block delayed arrival at the hospital.

“We’re seeing patients who arrive at a very late stage, often in a life-threatening condition, and in need of emergency care” said Dr Mollet. “One of our first cases was a pregnant woman who had been in labour for days but was too afraid to travel when complications arose. Her baby died before she reached our hospital but we were able to save her life.”

Médecins Sans Frontières has been running a referral hospital in the town of Shamwana since May 2006 providing people living in the Kiambi, Mitwaba and Kilwa health zones with free healthcare. Medical teams treat malaria, tuberculosis, HIV/AIDS and malnutrition and provide reproductive health services, mental health care and emergency surgery.