Measles is once again on the rise in the Democratic Republic of Congo (DRC). The recent upsurge in cases – more than 13,000 since January 1st – is a major source of concern for MSF. Between 2018 and 2020, the worst measles epidemic ever recorded in DRC tore through the country.

Three-quarters of them were under five.

At the time, MSF deployed emergency teams in 22 of the 26 provinces, tracking virus hotpots, treating 90,000 patients and vaccinating more than 2.3 million children. 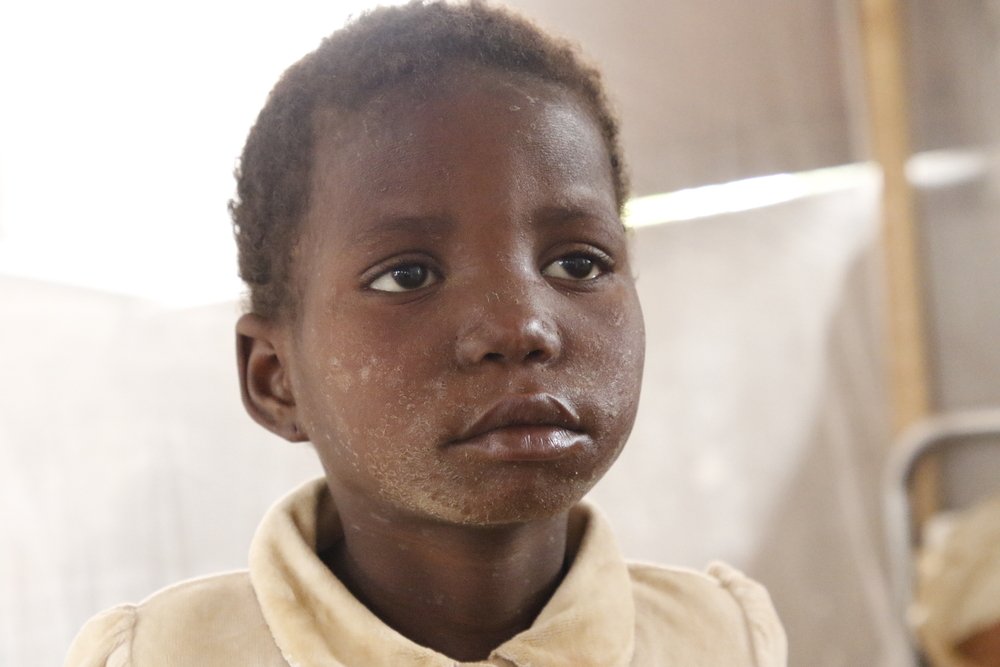 Franck Ngonga/MSF
9-year-old Obulu Solange is being treated for measles at the Bosobolo General Referral Hospital. “I brought her here for proper care as she had redness in her eyes and rashes”, says her mother Onie.

Emergency responses were followed by supplementary vaccinations set up by the authorities for millions of children, which greatly reduced the number of patients, but did not cut the chain of transmission.

Despite this, in August 2020, the Minister of Health declared the end of the epidemic.

“Unfortunately, since the end of 2020, several provinces have started recording new increases in patients with measles, notably the North and South Ubangi provinces,” says Anthony Kergosien, coordinator of MSF’s emergency response team in the DRC.

We had to urgently send mobile response teams again to help stem the progression and save as many lives as possible. 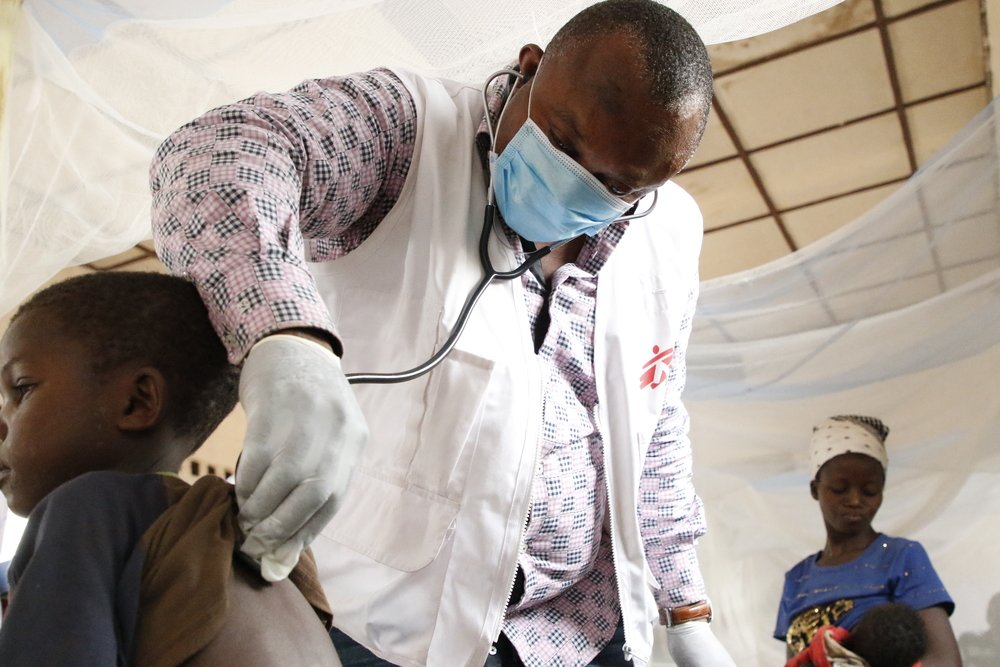 Franck Ngonga/MSF
Theophile, MSF emergency team doctor, examines a child with measles at the Bosobolo general referral hospital. The Bosobolo health zone in Nord-Ubangi has been affected by measles for several weeks.

In December, MSF sent a team to the Bogose-Nubea health zone in South Ubangi. The needs they found there were massive.

In only a few weeks, MSF treated nearly 5,000 patients with measles – the vast majority of them children.

We vaccinated 70,000 children, quickly halting the spread of the disease. 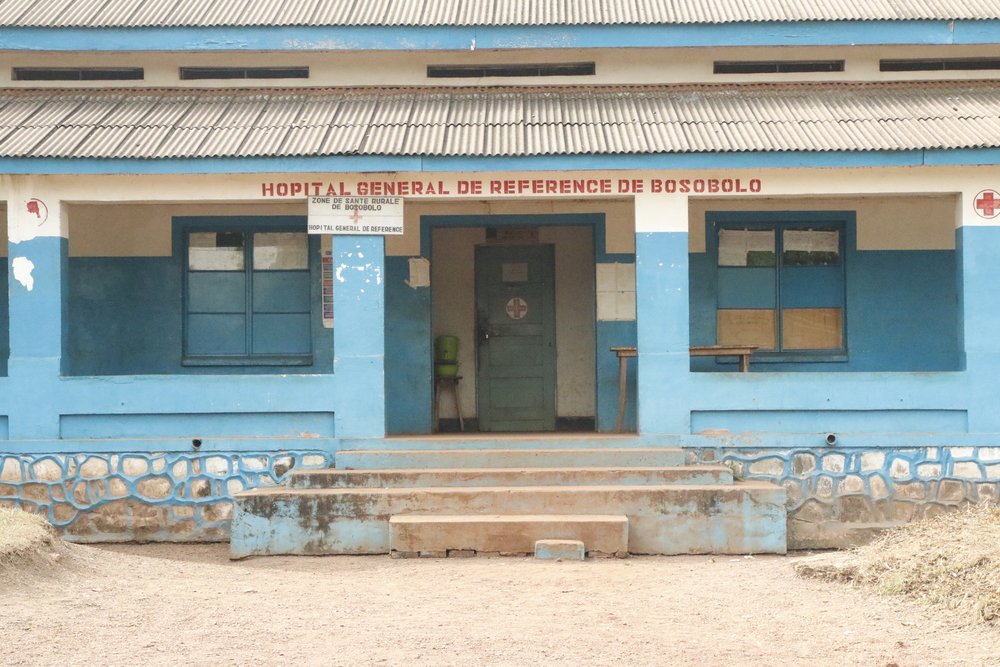 The team then headed to the neighbouring province of North Ubangi, where the Bosobolo health zone was also in critical condition.

"Since we arrived in Bosobolo in mid-February, we have been helping staff to care for their patients in eight health centres and in the general hospital to which complicated cases are referred," explains Faustin Igulu, who is leading the MSF project in Bosobolo.

MSF has trained local staff in how to manage patients with measles and supervises the provision of care, notably for patients with severe measles. 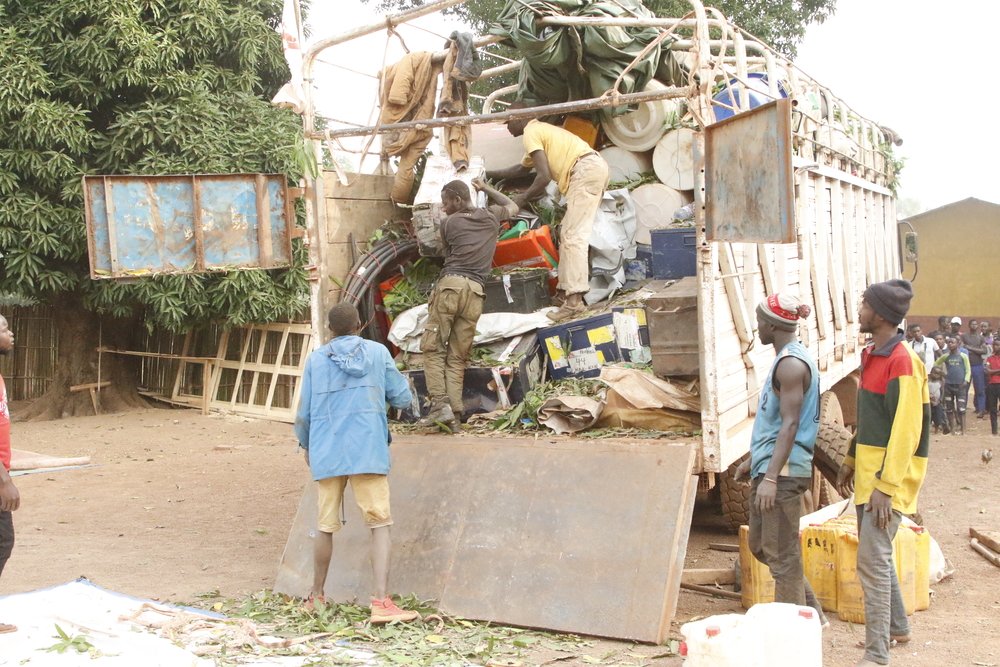 Franck Ngonga/MSF
An MSF team deployed in the Bosobolo health zone unloads medical equipment that came from from Kinshahsa to respond to the increase of measles cases.

“More than 1,200 patients have already been treated thanks our support,” he adds.

"The hospital’s capacity had been quickly overwhelmed, so we increased the number of beds where they could treat children, some of whom were in a very advanced stage of measles and associated malnutrition." 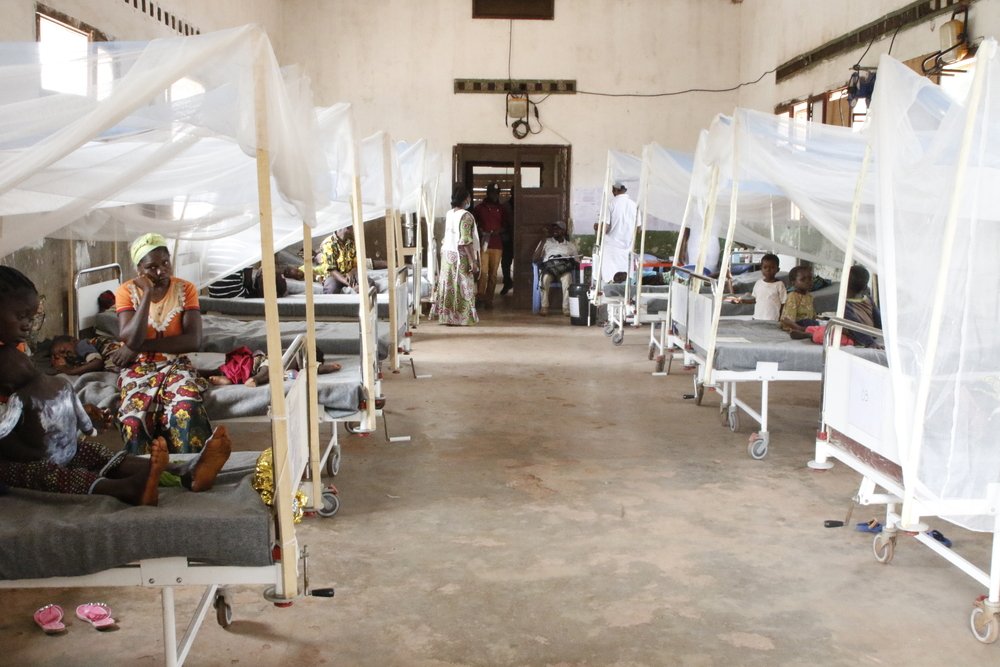 Franck Ngonga/MSF
View of the ward patients with measles at the Bosobolo general referral hospital.

MSF also launched a vaccination campaign for 66,000 children in this isolated health zone and the work is ongoing with a focus on those living in hard to reach areas.

However, like many other health zones in DRC, the resources available to local health authorities fall far short of what is needed. 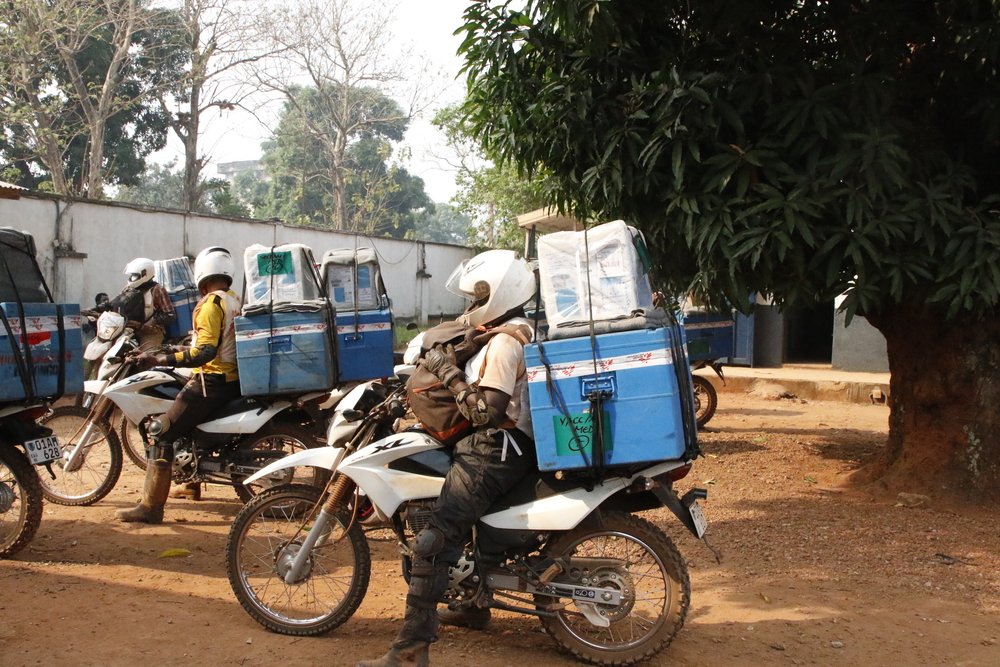 Franck Ngonga/MSF
Cold chain equipment – needed to keep measles vaccines refrigerated – is loaded on motorcycles. MSF emergency team is ready for a journey of nearly 180 kilometers to Bosobolo, North Ubangi, where MSF is responding to the increase in measles cases.

“The local health authority only has one motorbike, and it doesn't work. How can they supervise vaccination activities?” continues Faustin Igulu. “How can they bring vaccines to the most remote areas? It's very complicated." 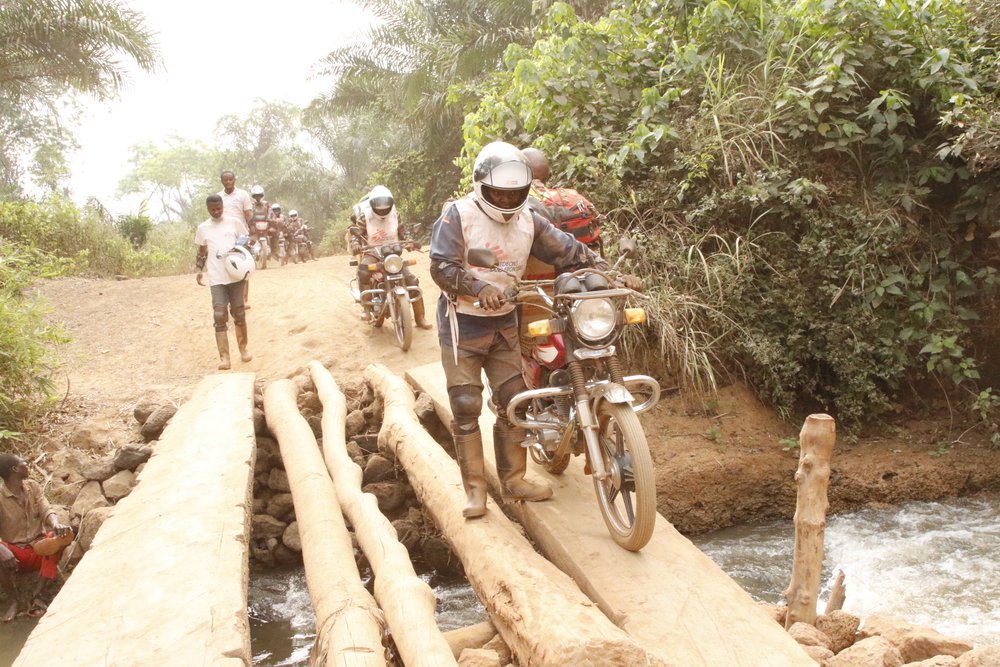 Franck Ngonga/MSF
The MSF emergency team crosses a small river in the Bosobolo health zone. The team goes to Bokanda Mission health area to supervise the provision of care to patients.

The most contagious disease in the world

Measles is a viral disease spread by coughing, sneezing or through direct contact with nasal or laryngeal secretions. 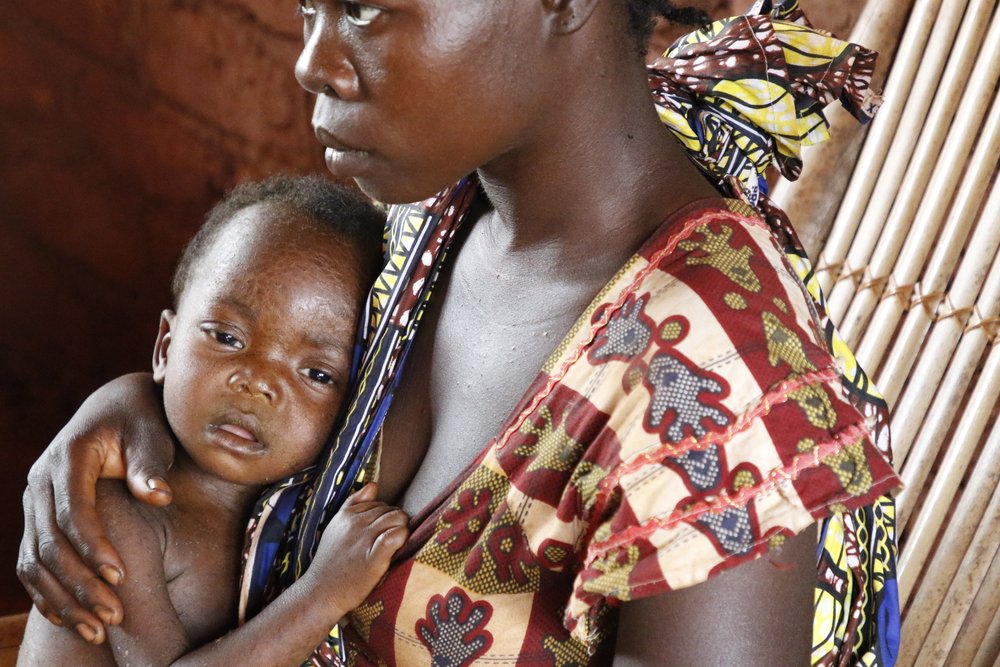 Franck Ngonga/MSF
Trésor has measles. Given his severe condition (respiratory distress, skin rash, etc.) he needs to be transferred to the Bosobolo general referral hospital where patients with severe forms of measles are being provided care with the support of MSF.

Children with the disease can face severe complications, as measles ‘erases’ their immune memory, putting their health and lives at risk for years to come.

An inexpensive and 85 per cent efficient vaccine exists, which protects vaccinated people for decades. 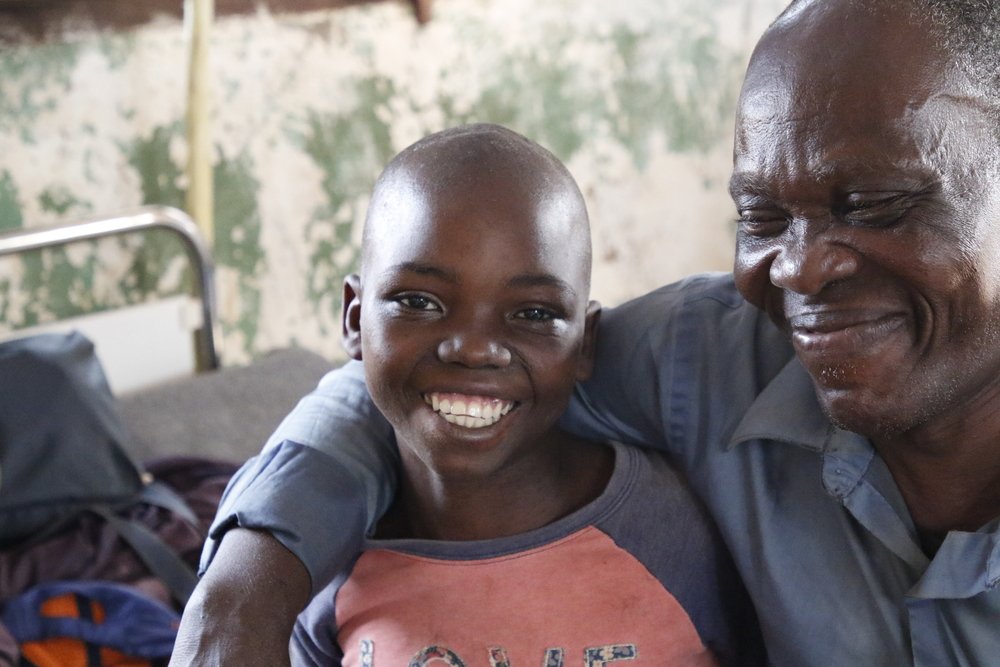 Franck Ngonga/MSF
Raymon and his father Bravo at the Bosobolo General Referral Hospital. After three days of treatment, Raymon is feeling better.

Measles is the most contagious disease in the world, nearly 10 times more than COVID-19

"Winning the fight in the DRC against this killer will require a vaccine coverage of 95 per cent with two doses per child, and regular mop-up campaigns to vaccinate those who slip through the cracks, including in the most vulnerable, difficult to access areas. But we are still very, very far from this."

In Bosobolo, as in too many areas of DRC, the fight against measles sometimes feels never-ending. Efforts to curb the spread of the disease face enormous challenges. 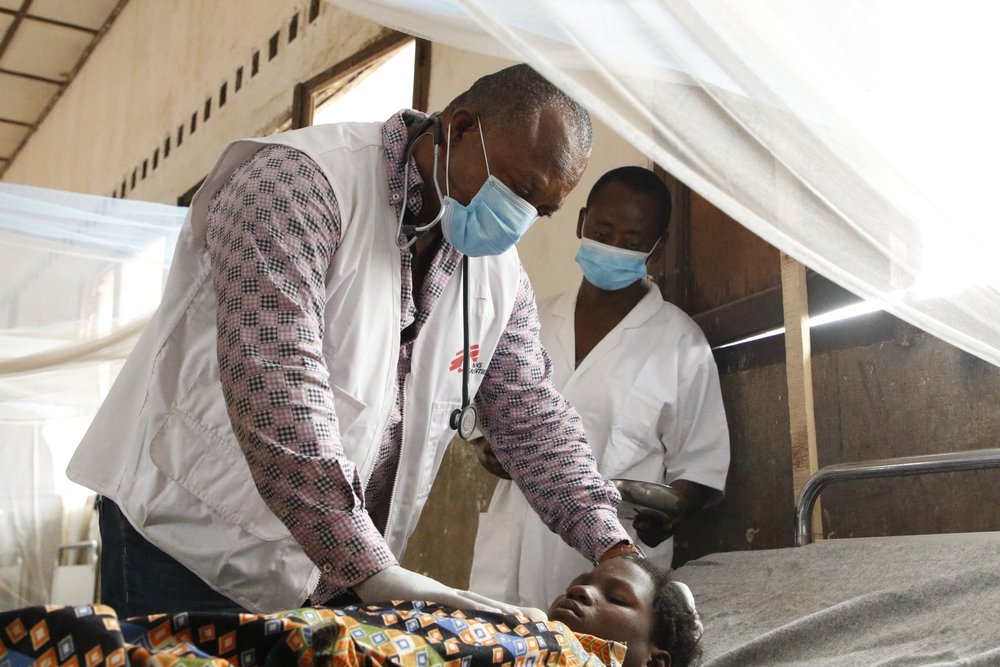 A national vaccination and surveillance programme has been hampered by major weaknesses; a very high birth rate exposes new children to the disease every day; an under-equipped health system is unable to ensure consistent quality healthcare; and health providers trying to access certain regions must overcome entrenched geographic and security difficulties.

While waiting for structural improvements, the urgency is there: stopping the spread and save lives. 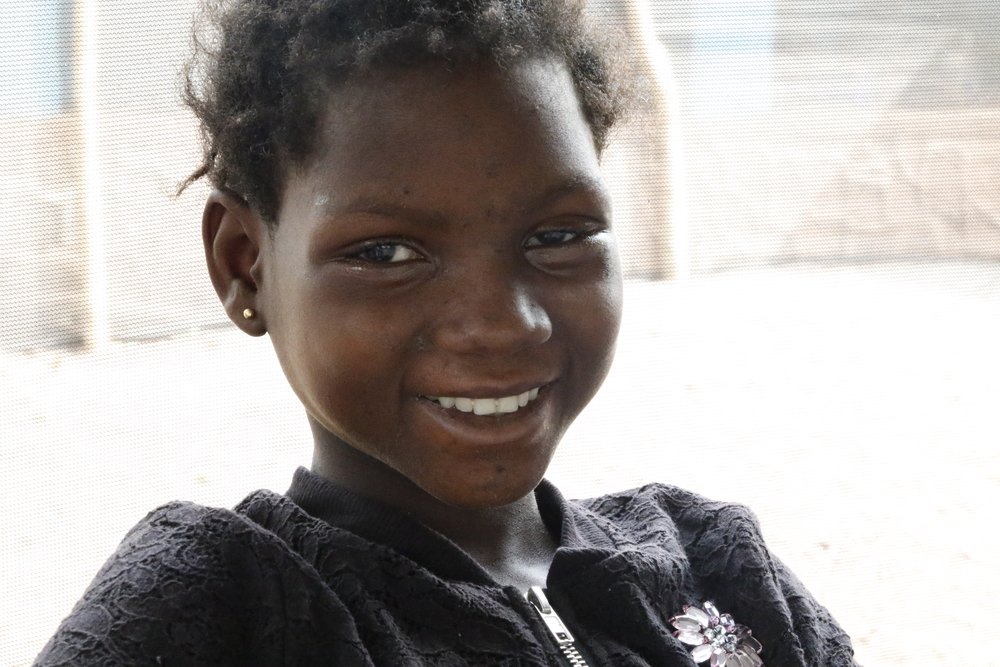 Franck Ngonga/MSF
Bibi, 11, was in bad shape when she arrived at the Bosobolo general hospital. She was diagnosed with measles with complications. She was immediately put on treatment with special monitoring. Four days later, she is recovering and smiles again.

Working to overcome these challenges is key to tackling measles in the long-term. Right now, we must not lose sight of the urgent need for an immediate response, which slows transmission and saves lives.

"MSF teams have been deployed in North Ubangi, South Ubangi, Bas-Uélé and Maniema provinces, but we sometimes feel quite alone in caring for patients and supporting local health teams," says Anthony.

“Given the current increase in cases, it is imperative to increase the emergency response."