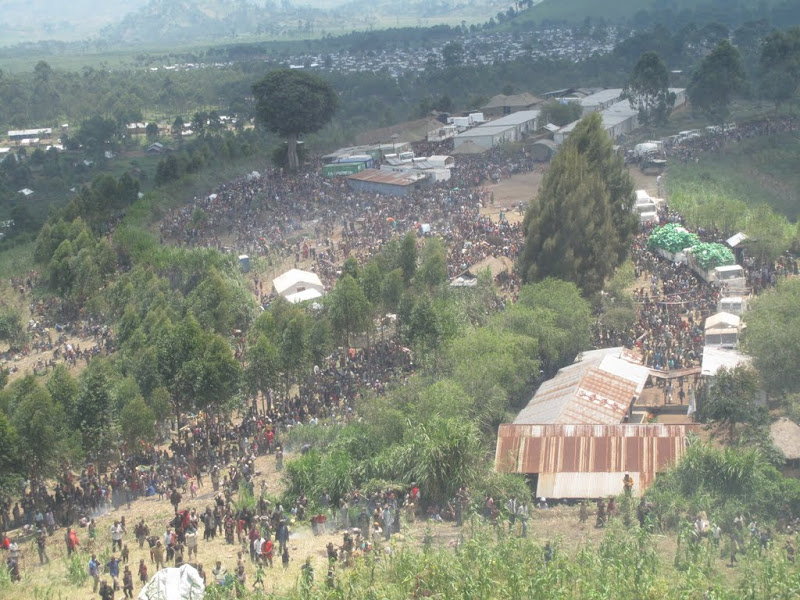 Médecins Sans Frontières/Doctors Without Borders (MSF) has flown in additional medical staff to the town of Kitchanga in the east of the Democratic Republic of Congo after heavy fighting in the last few days between armed groups resulted in deaths and mass casualties.

“Shelling hit one hospital, killing two people and another eight wounded”, said Hugues Robert, MSF’s head of mission for North Kivu province.  “We call upon all parties to the conflict to respect the neutrality of health structures”, continued Robert. Access to the place has been extremely difficult and challenging, to provide the much needed life-saving health interventions to the population. Various wounded have been transferred to Mweso and Goma for further treatment.

Many properties in the town have been destroyed, including the MSF base, and there is widespread panic and fear among the population as tensions between communities in the region escalate. So far, more than 135 people have been wounded and thousands of the town’s inhabitants have fled their homes. There are reports of over 55 civilian deaths. A number that might go up as many houses were burnt down. Several of MSF’s Congolese staff feared for their lives and have fled.

“MSF is very concerned about plight of civilians during intense periods of fighting like this – all parties to the conflict should not harm the population” said Robert.