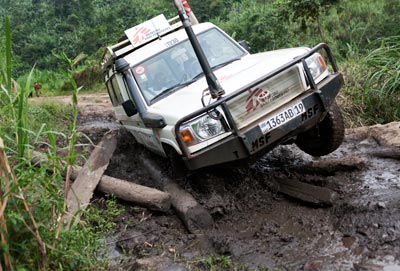 ﻿﻿﻿Médecins Sans Frontières (MSF) strongly condemns an attack on the team it has working in Masisi, North Kivu province, in eastern Democratic Republic of Congo (DRC). The medical aid organisation has suspended a portion of its operations in the Masisi area and is concerned about the fate of its patients.

During the night of November 20 to 21, a number of armed men forced their way into the MSF residence compound and opened fire. One member of the team was wounded by a bullet to the shoulder. He was treated by his colleagues and is now in a stable condition.

To maintain the safety of its teams, MSF has been forced to suspend the project’s mobile treatment activities until further notice. However, MSF will continue to provide a minimum level of emergency support service at the Masisi General Referral Hospital.

MSF deplores this violence that has once again hampered its ability to provide help and assistance to the population. “In addition to the shock experienced by our team, this incident prevents us from properly carrying out our field medical activities and so negatively affects the local population,” stated Gaël Hankenne, MSF head of mission in Kinshasa.

This incident comes at a time when MSF’s teams are regularly being targeted for attacks. In April 2011, in South Kivu, two members of MSF were wounded by gunfire and the organisation was also forced to temporarily suspend a portion of their activities in the region.

MSF has been present in DRC since 1981 and delivers primary and specialized hospital care in health centres or mobile dispensaries throughout the country.

MSF has also established a system of mobile clinics to provide assistance to the sick in the Bukombo displaced persons camp and in areas impacted by a lack of security.

Last year, MSF provided over 108,952 consultations and carried out 1,783 surgeries in the Masisi area alone.