From the desert to the Sea: voices of survivors on board the Geo Barents

On  5 August, 25 people were rescued from a boat in distress reported by  Sea-Watch's aircraft Seabird, and Alarm-Phone. Our teams on board the  Geo Barents completed a critical rescue from an unseaworthy, overcrowded wooden boat of 22 males and three females, including 12 unaccompanied children.

The people are from Nigeria, Guinea (Conakry), Gambia, South  Sudan, Senegal, Ivory Coast, Mali, and Cameroon. After two long days of drifting at sea, the boat was taking in water and people did not have life jackets on them.

Here are some of their accounts of harrowing journeys: having escaped from their countries of origin, many after months of arbitrary detention in  Libya and being subjected to multiple cases of abuse, like ill-treatment, violence, no food or clean water provision, shootings, they had no other choice than to attempt fleeing from Libya, across the Mediterranean  Sea. 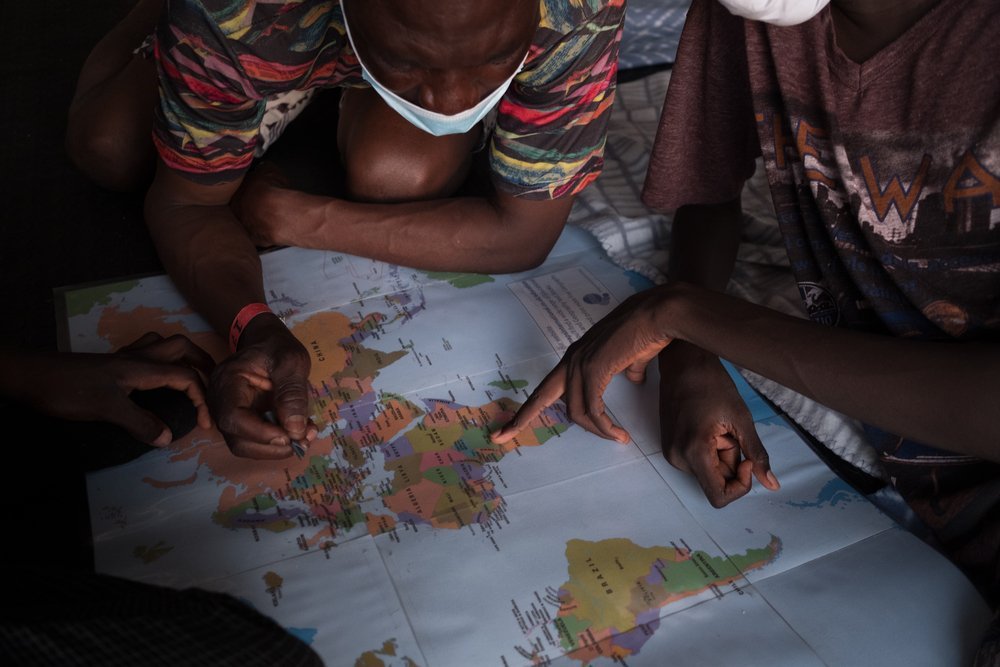 Vincent Haiges/MSF
Following the traces on a map, a group explains their journey to Libya from their countries of origin.

“For three days we walked through the desert to reach Libya. It was very difficult. But Libya was terrible. Worse than we could have imagined. We had no choice but to cross the sea.” 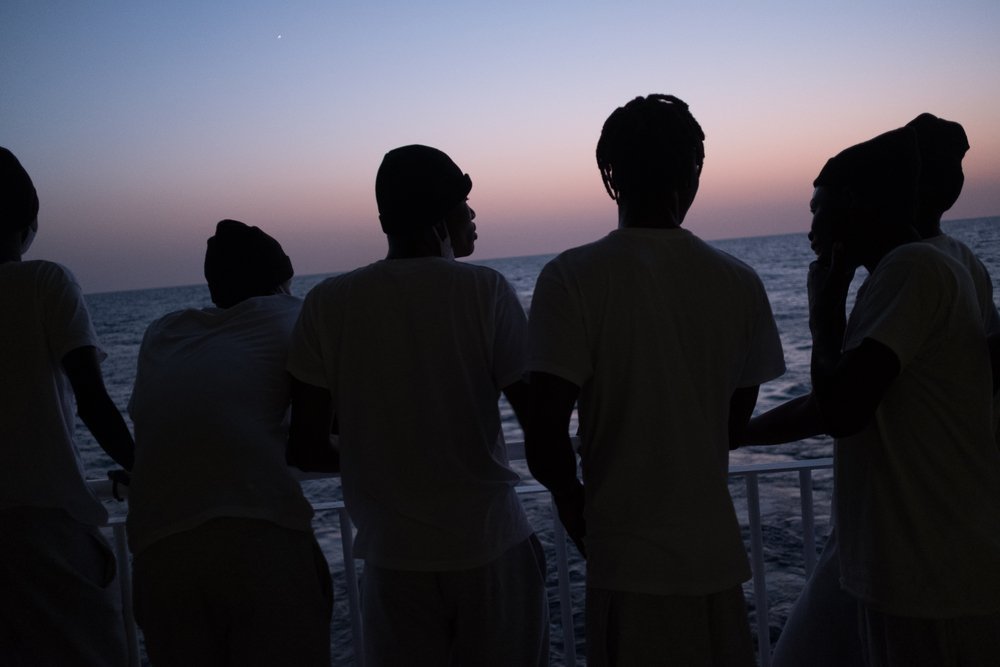 Vincent Haiges/MSF
As the heat decreases, a group of rescued people gathers on the deck. Geo Barents

“Some people made an intrusion into our place in Libya with guns. They came for us, for me and my friends. My little brother is smart and he fled, but me and my friends – they took us to a detention centre. It was such a difficult situation there.  We could not stand it. No one could stand it”. 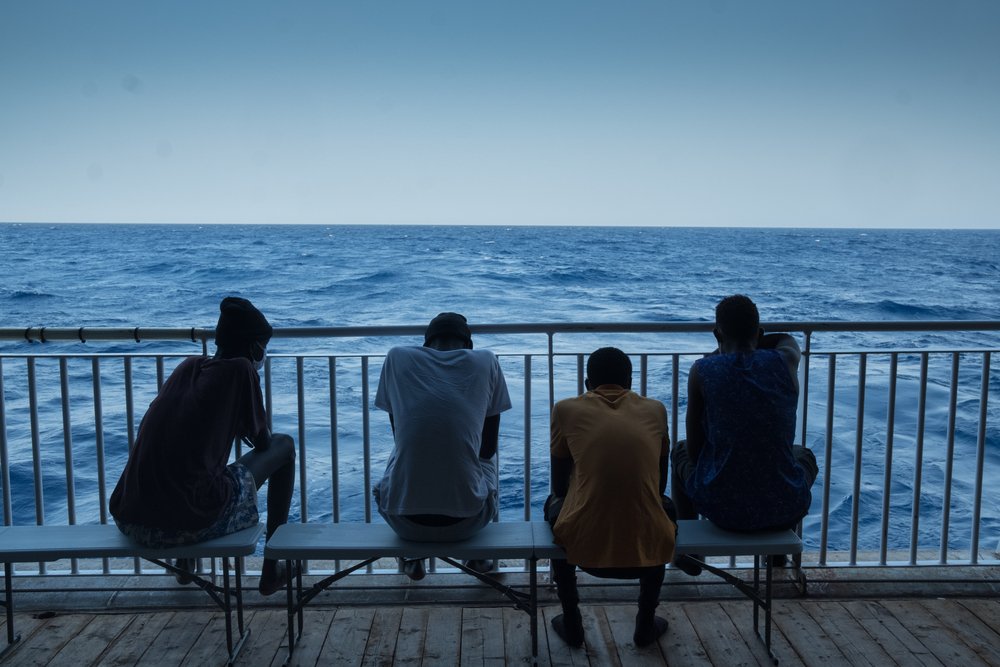 Vincent Haiges/MSF
A group gathers on the aft and looks out at the sea.

“Most capsizing of migrants’ boats happens because of the Libyan Coast  Guards – they are chasing boats departing from Libya shores and are even harassing boats at sea. They keep hunting you at sea. So many people have drowned this way”. 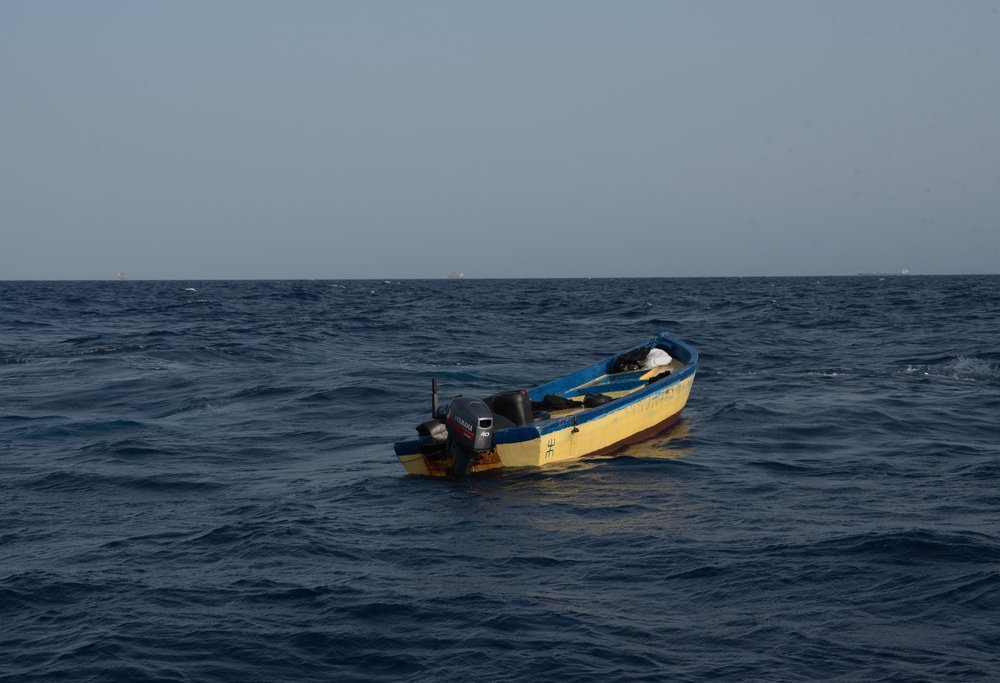 Vincent Haiges/MSF
The vessel used by the people to embark on the journey.

“The sea was very bad, but we felt it was better even to capsize than to go back to Libya. The smugglers don’t even always wait for the sea to be calm. They say  ‘just go’, like this time for us. If you resist, they bring out their gun. Libya is a place of no return When you’re running from your life, you’ll do anything to survive”.  28-year-old man from Nigeria.