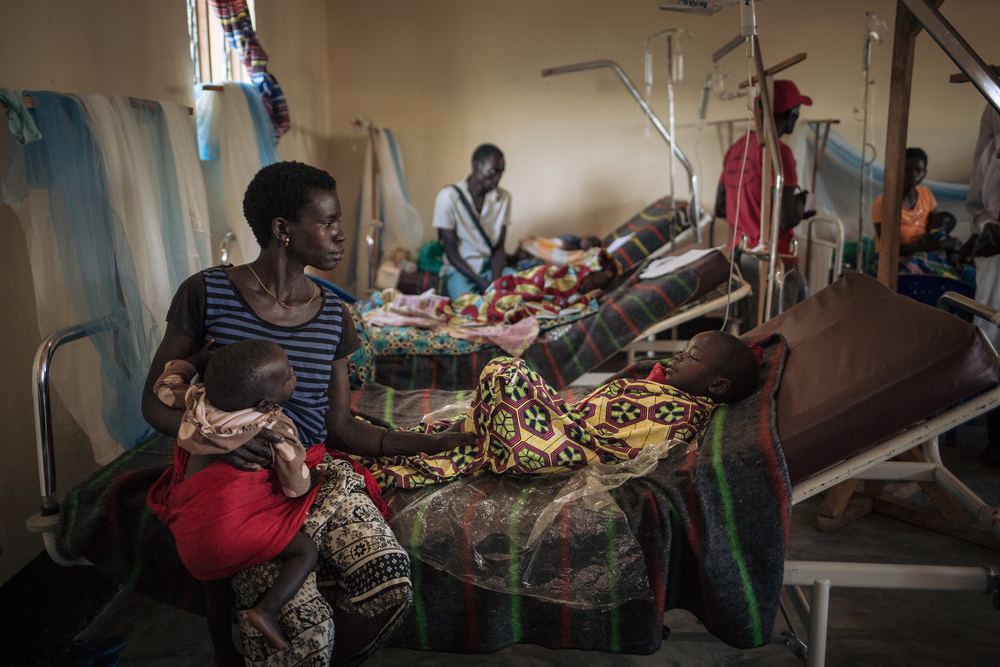 Since January 2019, more than 288,000 people have contracted measles in the Democratic Republic of Congo (DRC) and more than 5,700 have died from the disease.

According to the World Health Organization (WHO), this is the largest measles epidemic in the world today and the largest recorded in DRC for decades. Efforts have been made at national level, but more resources must be quickly committed and targeted to areas that are still suffering from this disease in order to stop this outbreak.

Measles is a highly contagious disease that is transmitted by air. At the moment in DRC, a measles patient infects on average two to three other people. There is no specific treatment once someone contracts measles, but a well-conducted vaccination campaign is extremely effective to prevent new cases. In areas with low immunisation coverage, vaccination can reduce infant mortality by 50 per cent.

Barriers prevent stopping the outbreak in its tracks

Several factors are contributing to the spread of the current epidemic in the DRC. There is an extremely low immunisation coverage in some regions of the country due to the lack of vaccines, vaccinators, or access to health structures. On top of this, there are stockouts of the measles vaccine in the country, difficulties in keeping the vaccine at the right temperature until injection (which reduces its effectiveness), and logistical difficulties in getting the vaccines to their final destinations. The needs are enormous and the national vaccination programme cannot keep up. In 2019, measles spread to all 26 provinces of the country. 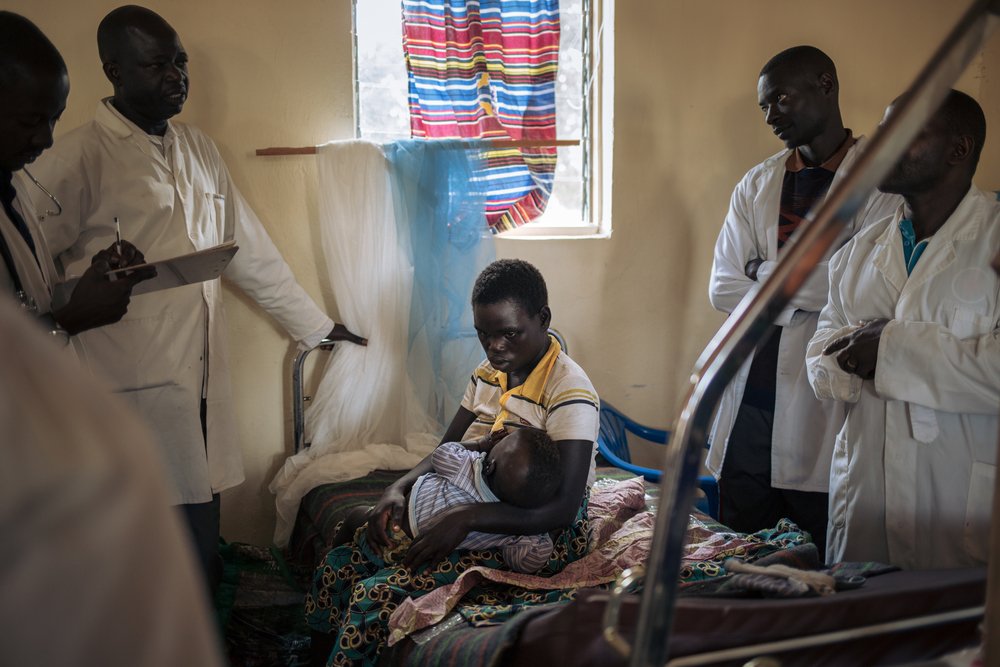 Alexis Huguet
Ngote Mamali (centre) holds her seven-month-old son, Baraka Wathum, who suffers from measles, while the medical team is doing its morning rounds in the measles unit run by MSF at Biringi Hospital, Ituri Province, northeastern Democratic Republic of Congo, on 06 November 2019.

The epidemic is showing no signs of abating: 9,605 new cases were reported in the last week of November, the highest number since the start of the year. The fatality rate this year, over 2%, is twice as high as in previous years, and 73% of deaths are children under the age of five.

In addition, measles cases remain underreported across the country. MSF has set up surveillance strategies to identify new areas affected by the epidemic, in order to start interventions as soon as possible. For example in Viadana, in the province of Bas-Uélé, a small team went to assess the situation following a rapid increase in the number of cases notified in early December. What they found there far exceeded the data received. In a single school of about 300 children, more than 100 students were ill with measles. This intervention enabled MSF to immediately start medical care activities for these children and organize a vaccination campaign. 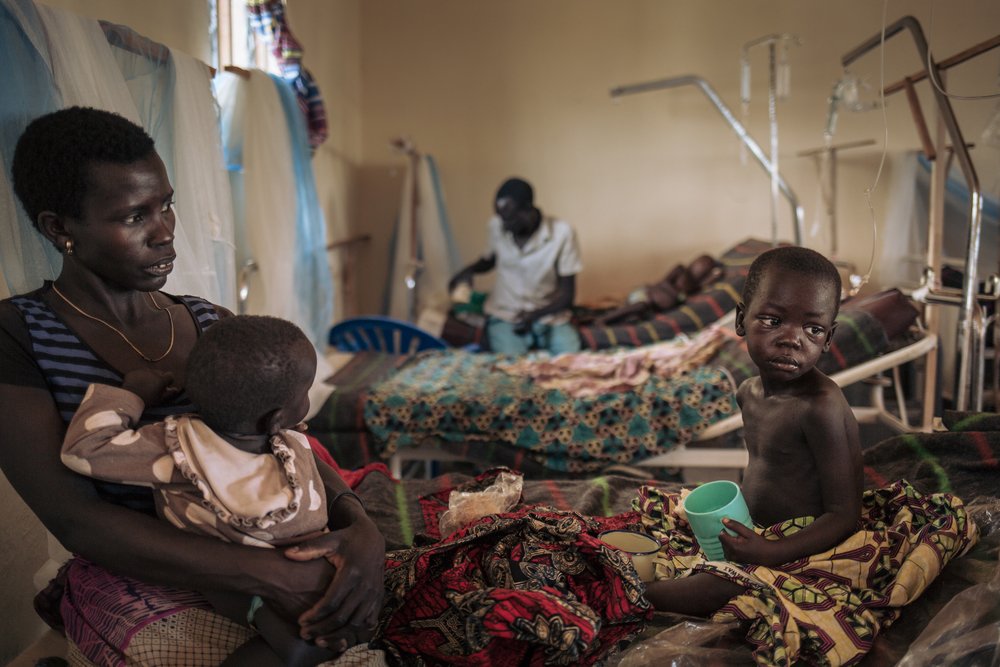 Alexis Huguet
Jolie Tabhu Dradheyo (left) looks at her three and a half years old daughter, Moraku Tabhu, who suffers from measles, in the measles unit run by MSF at Biringi Hospital, Ituri Province, northeastern Democratic Republic of Congo, on 06 November 2019. Jolie holds her twelve-month-old daughter, Grace Tabhu, who was sick and infected her sister a month earlier. Grace was treated by MSF and was cured of measles last October.

A similar system has been set up in the four provinces of ex-Katanga, in the south-east of the country, where MSF has created "sentinel" sites and put in place a decentralized laboratory in October 2019 in order to quickly analyze suspected cases of measles and rubella. Prior to that, the samples would have had to be sent all the way to Kinshasa for analysis, which took several months.

“When an epidemic is declared, medical care and vaccination must be combined to stop the spread of the disease," said Alex Wade, head of mission for MSF in the DRC. "Since mid-November, the Congolese health authorities started measles supplementary immunisation activities in the whole country. Meanwhile MSF continues providing free quality medical care to patients. But for now, the epidemic is still several steps ahead of the medical-humanitarian response.”

We are also active in the province of Kongo Central. To support the Congolese health authorities, the organisation opened on December 13 a treatment centre for complicated measles cases in the general hospital in Matadi, capital of the province and the country's main port. A week earlier, another team had opened a similar facility a few hours' drive west, in the coastal town of Muanda. These treatment centres were overloaded within a few days after their opening, and teams had to relocate to larger structures. 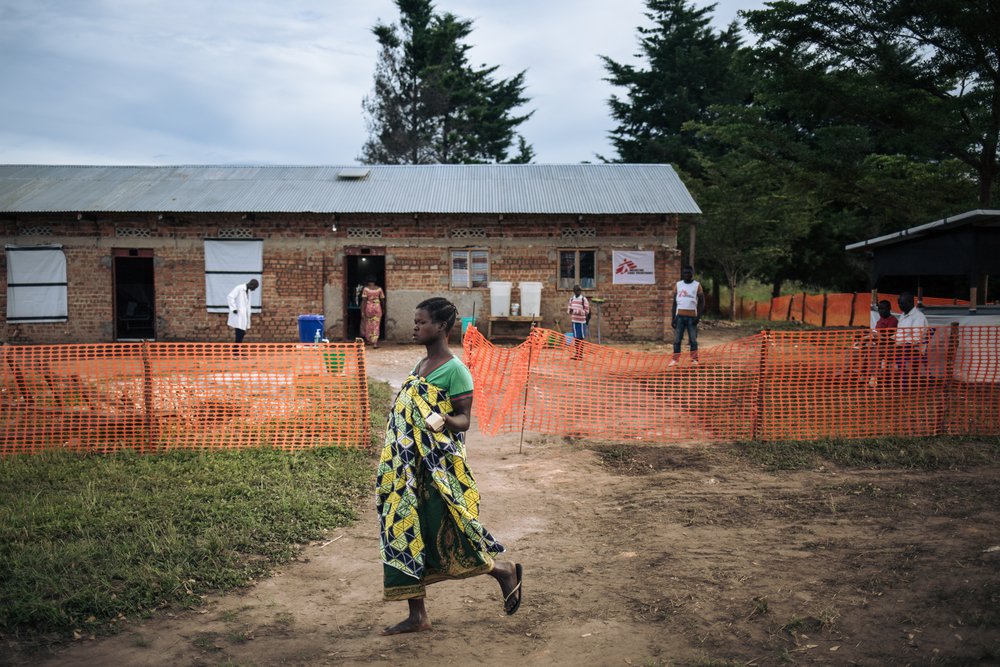 In these treatment centres, MSF teams give specific attention to other pathologies associated to measles, such as malaria and malnutrition, which greatly increase the risk of mortality. But they also support the management of simple cases in the surroundings of these health zones, by distributing treatment kits and strengthening surveillance and detection of new cases. They also provide free transport for patients who need to be transferred to care facilities.

Since 2018, MSF teams have been working to provide measles patients with appropriate care and undertake vaccination in various provinces of the country including Ituri, Haut and Bas-Uélé, Tshopo, Kasai, Mai-Ndombe, Kwilu, and Sud Ubangi . Between January 2018 and October 2019, a total of 46,870 patients were treated, and 1,461,550 children vaccinated by our teams in 54 health zones.

In collaboration with the Congolese Ministry of Health, MSF also helped to strengthen measles vaccination activities in areas where the Ebola outbreak continues to spread and, as a result, where vaccination coverage for other diseases has dropped dramatically. Unfortunately, many regions are still not vaccinated. 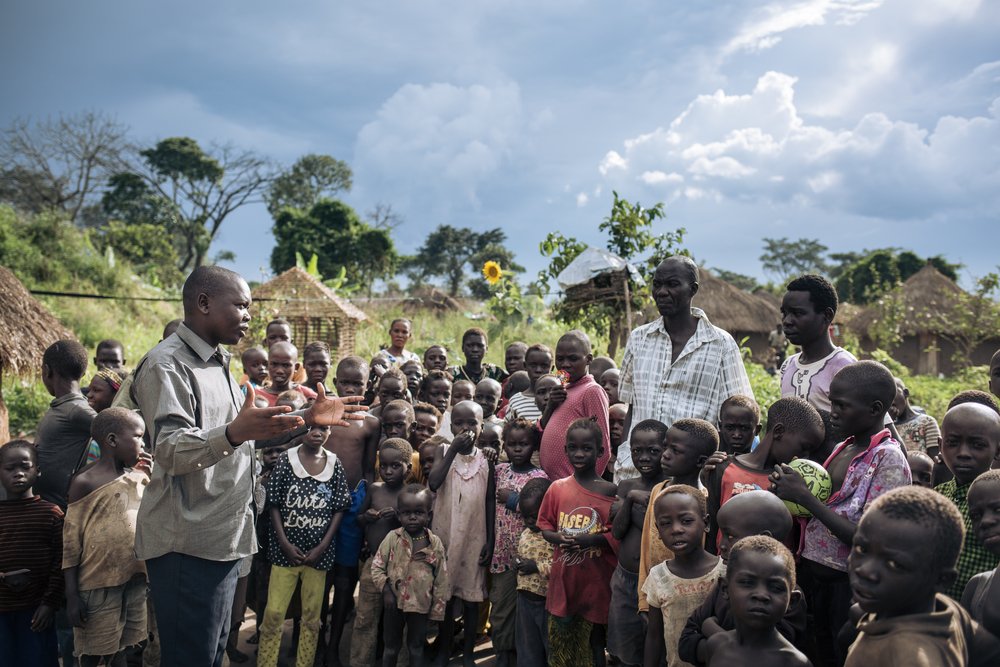 "Supplementary immunisation activities have been launched by the Congolese Ministry of Health, but there are still many health zones where the outbreak continues. We must wait until the end of these vaccinations to have a better understanding of the evolution of the epidemic. However, the current implementation of this campaign suggests that needs will persist, especially for children over the age of five who will not have been vaccinated during this period. It will then be essential that humanitarian organisations and other responders pool all possible efforts to help the Congolese Ministry of Public Health to overcome this measles outbreak. Too many children have died from this easily preventable disease," concludes Alex Wade.

MSF has been working in the Democratic Republic of Congo since 1981. Our teams respond to the needs of communities during health and humanitarian emergencies (epidemics, pandemics, displacement of people, natural disasters, etc.) with the primary objective of reducing morbidity and mortality.

OUR WORK IN THE DEMOCRATIC REPUBLIC OF CONGO >