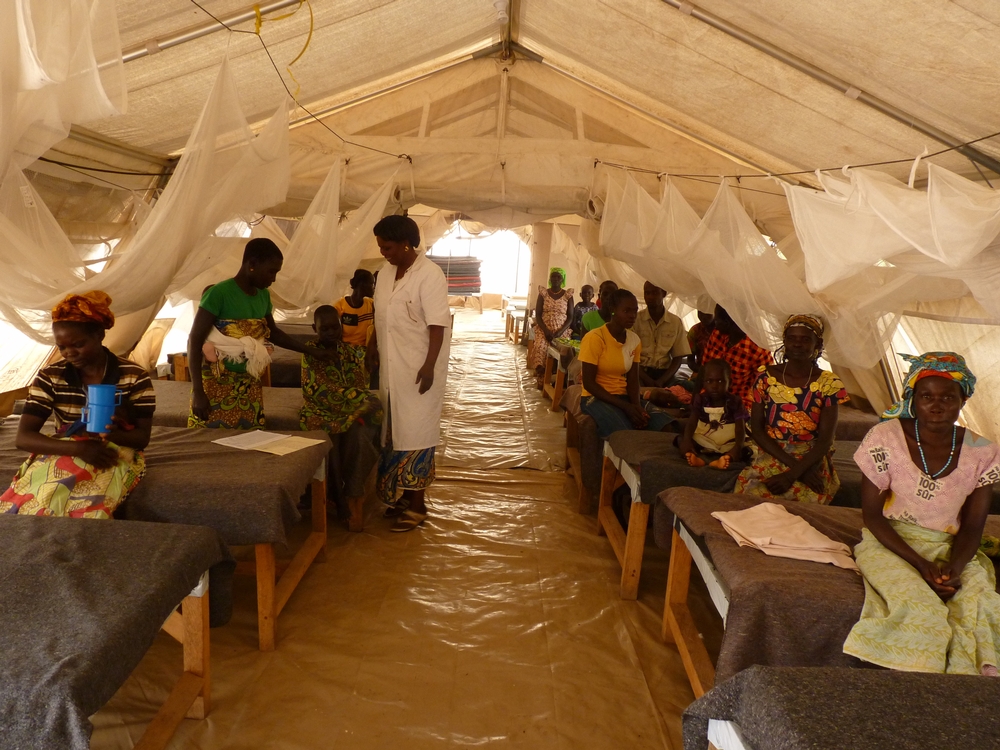 Since January 2015, Médecins Sans Frontières (MSF) has provided medical care to over 500 people in the Ariwara region, in north-east Ituri in the Democratic Republic of Congo (DRC).

They presented with mysterious symptoms including involuntary twitching. Tests have since shown that this was a dystonic syndrome caused by drug poisoning.

At the beginning of January, MSF, present in Ituri since 2003, was alerted by the local health authorities of a possible meningitis epidemic in the Nono area. An emergency team was deployed to provide care for the patients starting to flood into the area.

“Our medical team quickly realised that this was not meningitis. The lumbar puncture procedures that we carried out were all negative and no deaths were registered,” explains Philippe Latour, Head of Mission for MSF in DRC.

false
Tristan Pfund
In the emergency room of the Gety general hospital, MSF medical staff are trying to reanimate a six months old baby suffering from meningitis and malaria

In February, tests carried out by the Congolese Health Ministry completely ruled out the possibility of meningitis but did not determine the cause of this mysterious syndrome.

The syndrome was characterised by dystonia - or motor impairment - which manifested in involuntary twitching. It also led to abnormal posture and facial asymmetry.

A counterfeit drug on the local market

MSF sent urine samples to a French laboratory with initial results showing the presence of haloperidol, a neuroleptic drug that is used to treat psychoses such as schizophrenia.

“This drug is known to cause symptoms of dystonia, the same as those that were observed in the patients. We then found haloperidol in tablets sold using the name of diazepam on the local market.

Although diazepam is not widely prescribed, it is often used in this region to treat sleep problems, headaches and muscular pain as well as to treat cases of uncomplicated malaria,” explains Adélaïde Ouabo, medical coordinator for MSF in DRC.

At this point, MSF alerted the health ministry and the World Health Organization (WHO) to the fact that this syndrome was probably caused by drug poisoning.

At the end of June, MSF and the health authorities launched an investigation in order to confirm these initial findings and to rule out any other hypotheses. The WHO also issued an alert clearly identifying the suspicious products and their side effects.

The health ministry then sent personnel to the area to implement measures to stop the syndrome from spreading, and requested anyone prescribing the drug in question to stop doing so.

Several weeks ago, MSF commenced the handover of its medical activities to the health authorities in the area.

“Since our activities began we have involved local medical personnel in patient care. Although we inform patients of the causes of this syndrome, which in theory is not life-threatening or irreversible, the health ministry must also organise a mass information campaign to protect the public. Furthermore, it is paramount that the counterfeit drugs be taken off the market” continues Latour.

MSF plans to finish the handover of its activities by the end of September.

MSF has been present in Ituri since 2003. Since 2008 an emergency relief team has been monitoring the situation  in the region and  providing emergency medical assistance to people in the Ueles and in Ituri.

This team mainly deals with diseases that risk turning into epidemics (e.g. measles, malaria, meningitis, cholera) and provides treatment for people who have been injured as the result of conflict.