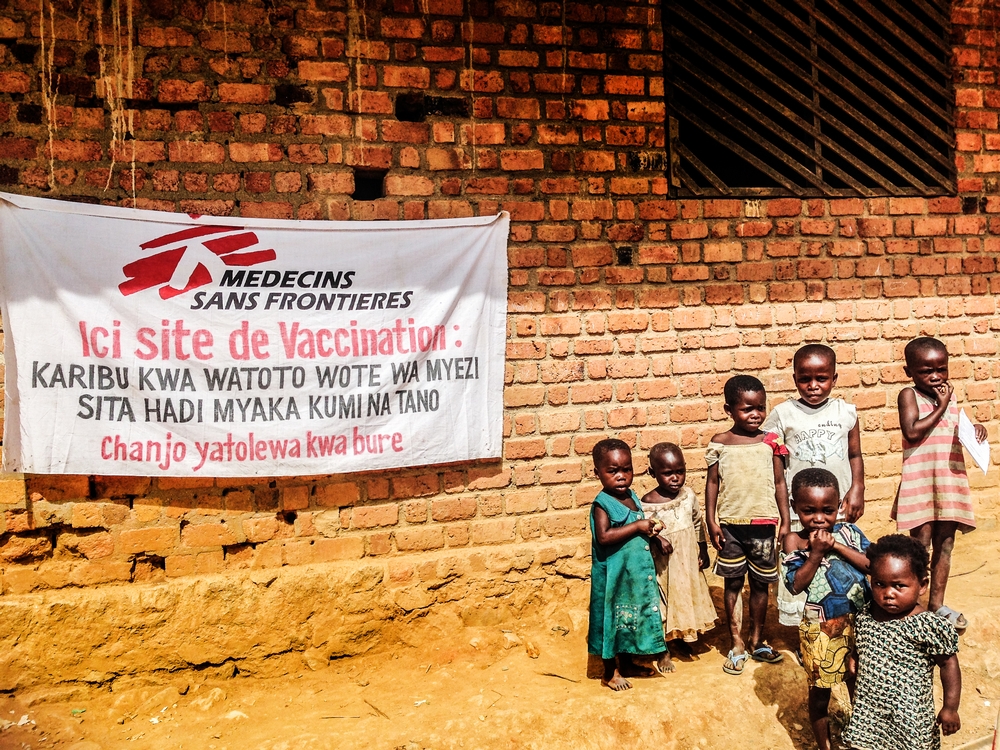 DRC: MSF teams vaccinate 42,000 children against measles in the region of Bunyakiri

A measles epidemic has been declared in the region of Bunyakiri, in the Democratic Republic of Congo (DRC), leading to a mass vaccination operation being undertaken by Médecins Sans Frontières/Doctors Without Borders (MSF).

Members of the MSF emergency team in the province of South Kivu, in eastern DRC, have vaccinated children and young people aged between 6 months and 15 years after the authorities declared an epidemic in the region of Bunyakiri, where several confirmed cases of measles had been recorded.

More than 150 people were mobilised for the vaccination, including members of MSF, Ministry of Health staff and members of the community, who were divided into ten teams grouped around the health areas of Bunyakiri, which saw the bulk of the vaccinations, and Tushunguti, an area that is particularly difficult to access and cannot be reached by any kind of vehicle.

To ensure that was the minimum possible number of children went without the vaccination, the workers went from house to house in the villages included in the campaign.

false
The landscape of Bunyakiri, DRC

Most young children in the locality are now vaccinated

The immunisation campaign took place over the course of almost two weeks, between 24 May and 5 June.

According to MSF estimates, vaccinations were given to at least three-quarters of the children and young people aged between 6 months and 15 years in the area covered.

“I was also vaccinated myself when I was younger and I know it's something that is very important for children’s health” said Faida, holding the hand of her daughter Lumoo, aged one and a half, at the vaccination post in Bundengue.

Past outbreaks of measles in DRC

At the end of 2012, a measles outbreak affected more than 700 children in the region of Bunyakiri, which lead to a mass vaccination campaign being carried out.

MSF teams have regularly intervened to help immunise the population, but routine immunisation is not sufficiently widespread to prevent new outbreaks. For example, in December 2014, more than 90,000 children and young aged up to 15 were vaccinated in the region of Minova, near Bunyakiri.

For decades the DRC has experienced measles epidemics, with a major resurgence of the disease since 2010.

According to the report, the number of cases dropped by more than 20% after the first vaccination campaigns.

false
a young girl receives a measles vaccination in Bunyakiri

Measles: a fatal disease without treatment

Measles can be fatal in children if not treated, but it is very easy to prevent through vaccination.

It is an extremely contagious disease that can cause complications such as pneumonia, malnutrition, severe dehydration, ear infections and eye infections that can even lead to blindness.

Mortality rates vary considerably depending on the context, but when a population has not been vaccinated, measles can kill between 1% and 15% of the children it affects.