DRC: Reflections after the fire

How an attack on an Ebola treatment centre changed our approach with our local community for the better.

In the wake of an armed attack on an Ebola treatment centre in Democratic Republic of Congo, aid workers were pushed to radically rethink their approach to the disease, says Trish Newport, emergency coordinator for international medical organisation Médecins Sans Frontières/Doctors Without Borders.

“We’re being attacked in the Ebola treatment centre!” This is what I heard when I picked up my phone on 27 February last year. I was in Geneva, having just returned from Democratic Republic of Congo (DRC), where I had coordinated MSF’s response to the Ebola outbreak. The person calling me was in the 96-bed Butembo Ebola treatment centre as armed men forced their way through the main gate and opened fire. When they stopped firing their guns, they set the treatment centre alight. 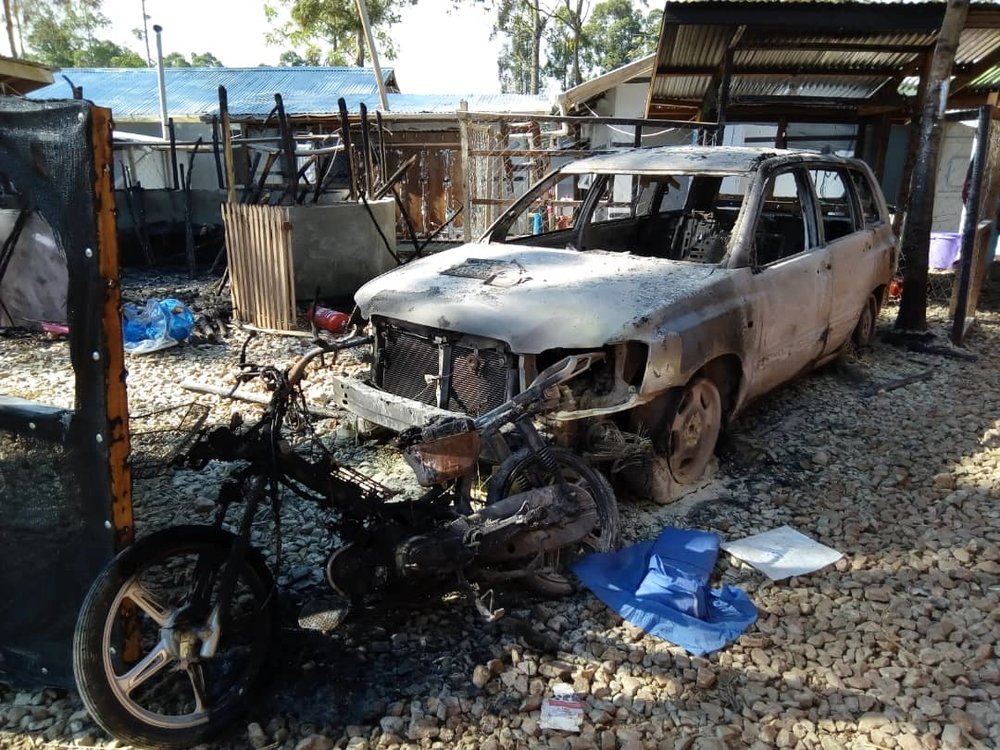 At the time of the attack, more than 50 patients were in the centre. All of them fled. The 60 MSF staff working in the centre also fled. Staff and patients hid together in nearby buildings and in the surrounding forest. It was terrifying for everyone involved.

Because MSF could no longer ensure the safety of our patients and our staff, we evacuated all our teams from Butembo and the surrounding area on the day following the attack. It was a hard decision, but we had no choice.

Following the attack, we took time to reflect on all the things that had not worked well in the Ebola outbreak so far.

I asked one of our Congolese staff why there was so much anger directed at the humanitarian response to Ebola. This was her reply:

"My husband was killed in a massacre in Beni. At that time, all I wanted was some organisation to come and protect us from the killings, but no international organisation came. I have had three children die of malaria. No international organisation has ever come to work in this area to make sure we have healthcare or clean water. But now Ebola arrives and all the organisations come because Ebola gives them money. If you cared about us, you would ask us what our priorities are. My priorities are security and making sure my children don't die from malaria or diarrhea. My priority is not Ebola – that is your priority."

So we agreed that from then on we would listen to and respond to the health priorities of the population and only set up activities with the full backing of the community.

We began by building wells. We provided access to treatment not just for Ebola, but for the other diseases that were killing people – diarrhea, malaria, and pneumonia. And when we built Ebola centres, we made sure that the community was involved in their design and creation. Whereas once we had constructed Ebola isolation centres out of tents, our new structures were designed according to the wishes of the local communities – some looked like chalets, some looked like the health centres they were attached to.

We followed the direction of the community, and as a result, the communities felt ownership of their Ebola centres. People stopped refusing to be isolated and they started to come to the Ebola centres as soon as they felt sick. And this caused a huge reduction in the number of Ebola cases occurring within the community.

But there is nothing groundbreaking about this. In fact, one of the major lessons learned from the West African Ebola outbreak of 2014-15, where MSF had a large presence, was that community engagement was essential to stop an outbreak early. It was a lesson learned, but somehow forgotten, and not only by MSF.

The response to the Ebola outbreak in DRC, known as ‘the Riposte’, has been led by the Congolese government with support from the World Health Organization (WHO). All organisations involved in the Ebola response, including international organisations such as MSF, have collaborated with the Riposte.

At the start of the outbreak in August 2018, everyone involved in the response, including MSF, jumped straight into emergency mode, deploying hundreds of staff and quickly setting up activities based on the classic approach to fast-onset health emergencies.

No time was taken to engage with the affected communities, to build trust or to consider the fact that the outbreak was happening in an area that had been plagued in recent years by conflict and had experienced massacres of the civilian population.

In time, the Riposte began to engage more with the community, but it also continued to do things that alienated them from local people, such as using armed escorts, forcibly isolating patients, performing forced burials and stationing armed personnel in health facilities. 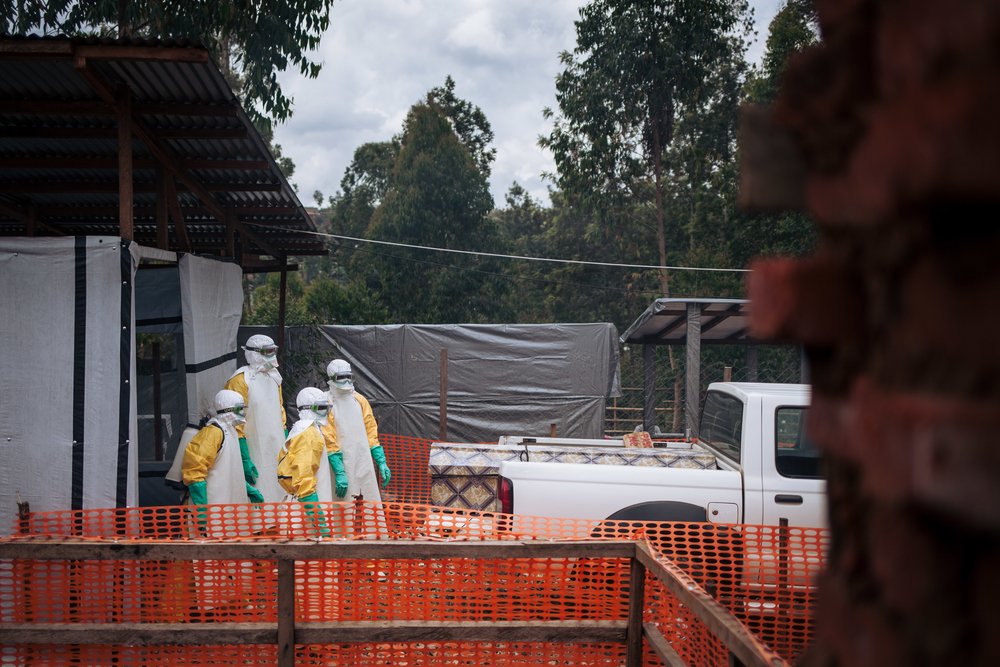 Alexis Huguet
Health workers escorting an Ebola victim after the placement of the body bag in the coffin.

These tactics not only made it more challenging to stop the outbreak, but they also made people reluctant to access ‘regular’ health services for fear they would be identified as possible Ebola suspects and out of fear of the armed personnel in the health facility. It is impossible to know how many people suffering from non-Ebola related illnesses failed to receive proper medical care because of the Riposte’s approach.

Despite all these problems, the number of Ebola cases is finally dwindling and hopefully, one day soon, the outbreak will end.

Should we celebrate the end of the outbreak? Should we regard the response as a success? I’m not so sure. My fear is that when this is over, the various organisations involved in the Riposte will congratulate themselves and say that the outbreak came to an end because of how they managed it, when in fact it was despite it. This could set a worrying precedent for the management of future outbreaks by standardising the use of coercion, armed escorts and the presence of armed personnel in health facilities, at the expense of treating people with dignity and engaging them in decisions related to their health.

I will never forget last February’s phone call from Butembo. It is excruciatingly horrible to hear your own staff – in effect your family – coming under gunfire. I will also never forget the pain of evacuating our teams from Butembo, leaving behind people who were in so much need. But I will always remember the powerful impact of the changes we made after the attack when we finally engaged properly with the community and made them part of our response to the outbreak. I hope that these lessons learned are not forgotten or overlooked when the next outbreak occurs.