MSF cares for survivors of sexual violence in the Kananga Provincial Reference Hospital in Kasai Central Province, Democratic Republic of Congo, providing quality medical care and psychological support, free of charge. Between May 2017 and September 2018, MSF treated 2,600 victims of sexual violence in Kananga. Eighty per cent reported having been raped by armed men.

The following testimonies were collected during a field visit by an MSF communications team to the Kananga project in September 2018. The vast majority of MSF’s patients did not seek care until one month or later after the attack, most commonly due to a lack of awareness about the existence of dedicated sexual violence care services, but also due to the distance needed to be overcome to reach MSF’s care in Kananga.

All names have been changed to protect the victims. NB. These testimonies are distressing for sensitive readers.

Bibiche – "I feel at ease now”

“My story happened on a Tuesday last year. I remember it as if it was yesterday: a group of men came into the house, and the destroyed everything—our things, and us. First, they raped my little sister, then my sister-in-law, and me last.

At the time, we didn’t speak out about it, or ask for help. It was only recently, one Sunday when I was at church, that I heard about care being provided for rape survivors. A female doctor had come to tell us about an organisation of doctors here in Kananga, that was treating rape survivors, even if the rape went back as far as last year. Once I’d heard this my husband also encouraged me to go to the hospital. He told me that it wasn’t my fault, and that I needed to get some treatment.

That’s why I came here. When I came, the doctors all greeted me with a warm smile and I felt really welcome. They gave me vaccinations, like for tetanus, and they did some tests.

They discovered that I had contracted syphilis. My husband also had to get care for this and he is on follow-up treatment.

Since I began receiving care, it’s going really well. I feel at ease now. I eat and I walk as I should. There was a period, before, when I trembled and shook a lot. Even now, sometimes, when there’s a sudden movement, I shake in fear. But it’s getting better.

Recently my sister-in-law also came to seek care, having seen the changes it was making in me. My younger sister, on the other hand, is in Lubumbashi. She went there after it all happened and she won’t be coming back.”

Anny – “I felt like my heart had been broken, split in two”

One morning at the end of March 2017, they came into people’s houses in Kananga, stealing and killing. They came into my home that day and when they saw there was nothing to take, they threatened to kill me. There were four of them. They decided to rape me instead.

I was alone with my four-year-old son. My husband wasn’t there. He was working near the border with Angola. I was often at home alone for months at a time, waiting for him to return. When these men came and raped me, my son hid in a corner.

I was 45, with six children. I had another two but they died. When the men arrived, five of my children were with their grandfather in another part of town. I was at home with the youngest. 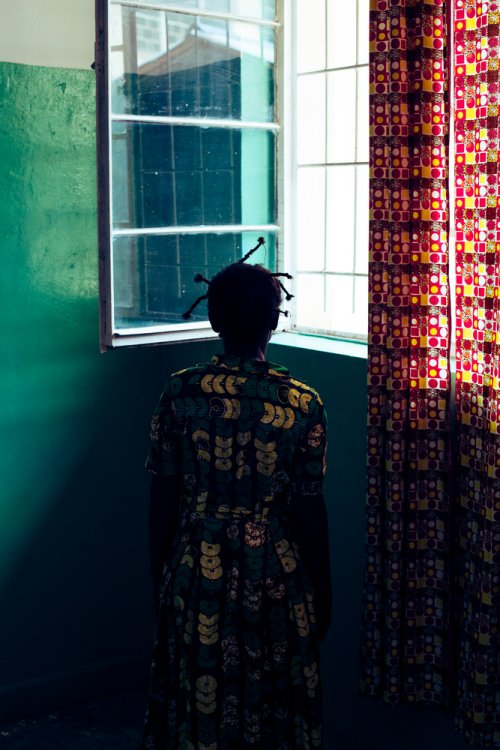 After the attack, the men left. I don’t know where to. I stayed where I was. I couldn’t eat or drink. I felt like my heart had been broken, split in two. When I prepared food for my children (I still couldn’t eat anything) and I heard something fall, I flinched and my broken heart beat very fast. Sometime later, I found out that my husband had been killed on his way home, because of the conflict.

Later, I heard about MSF and learned that they could help me. But before getting to the hospital, something else happened. I went to a nearby village with some other women to buy food that we could then sell in Kananga. We were stopped on our way there, by men asking for money. We had none, so they raped us. This time it wasn’t just one man. Some of the women managed to escape, but not me. They caught me and dragged me into the bush, where they attacked me. I remember there was someone screaming nearby, while I was being raped. Afterwards I started getting a lot of pain in my lower abdomen. I couldn’t walk properly, I couldn’t eat, and I just wanted to sleep.

It was at church that I heard about MSF. Members of the MSF team came to talk about sexual violence and the care they could provide to victims. So I went to see them and they helped me.

Pitshou – "They made us rape our mamans"

“I said to the psychologist, when I tell this story I see a film playing in front of my eyes, in my head. A film—or a dream? I don’t know. If I go to sleep, I can sleep without end, more than 20 hours at a time.

It happened in August, when I returned to my village. Some armed men came to attack us. It was in 2017 I think. I don’t remember well, it’s all still very confused for me. They crossed the river to my village, and killed lots of people. I fled along with some other young people . But on the way we were caught by another group of armed men that we ran into. They took us with them, back to the village, where they tortured us and treated us like slaves. We had to go and collect water for them. We also had to do things more horrible than that: they forced us to rape several of the mothers of our village. When I say “mother”, it’s a Congolese expression. None of them was my mother but they were the mothers of our village nonetheless. All the young men of the village were forced to do this. If someone didn’t do it, they were killed. I don’t remember well, but I think I had to do it to six or seven women.

When the armed men had gone, local authorities came from Tshikapa to find us, as if we too were criminals. I fled with some of the other young men but we split into different directions and I began to walk on my own. At the time I wasn’t working because I had had a kidney operation 10 months earlier and I was still recovering. After two days I began to feel really unwell, just like after the operation.

I arrived here three months after all that happened. I didn’t know if there was any care available for someone like me. But I heard about MSF at the church where I go to pray, when a doctor working at the hospital came to talk about the free care being offered there.

When I went to the hospital the doctors and the lady psychologist took me into their care. My kidneys were really hurting me but things weren’t going well in my head at all, either. I had to undertake some tests and I spoke a lot with the psychologist. Since then I’ve been taking medicine and I’ve noticed some changes: I have less pain, even if I’m not fully well yet. I feel that I’m on the way to something better, but I’m not completely sure yet. Sometimes I find myself taking to myself, as if in a dream.”

I was at home with my husband that day. It was during the violence and fighting. We heard screams outside and neighbours crying. “I think they’ve killed someone,” my husband said. So we shut ourselves inside. We didn’t want to open the door. Armed men threw tear gas through the window to force us out. Eight people came into our home. They threatened to kill my husband and tried to force him to rape our daughter. She was 17. He refused and they murdered him. Then they raped our daughter, and me.

When they left, I hid in the forest next to the village with my children. I didn’t sleep or eat. For a year, before coming to the clinic, I was terrified by the thought that I could have HIV.

When I went back to Kananga – my father was very sick so I decided to return with my children – I went to see MSF at the hospital where they looked after victims of sexual violence. They examined me and told me that I didn’t have HIV. 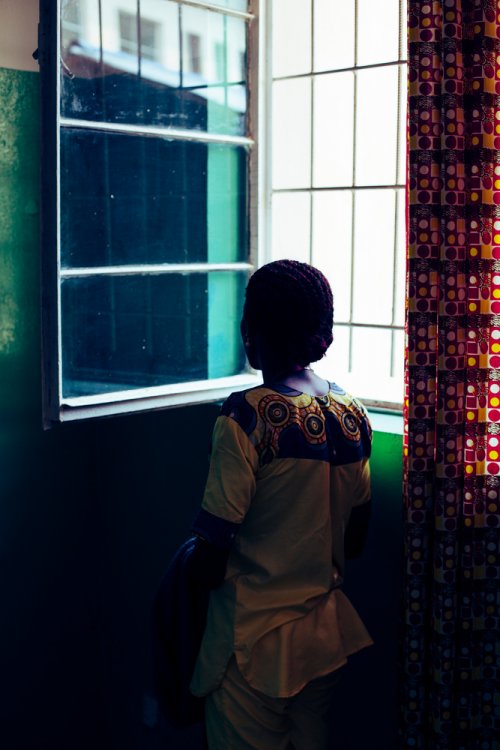 Médecins Sans Frontières has been working in DRC since 1977 and is currently providing medical care to survivors of conflict and violence, displaced persons, and people affected by epidemics or pandemics such as cholera, measles and HIV/AIDS. For several decades, MSF has also been on the frontline of the response to Ebola outbreaks in DRC. MSF has been working in the region of Grand Kasai (Kasai and Central Kasai provinces) since 2017, providing free, emergency care to survivors of the ongoing violence. In 2017, MSF teams provided over 6,300 consultations to survivors of sexual violence in 17 locations across the country.