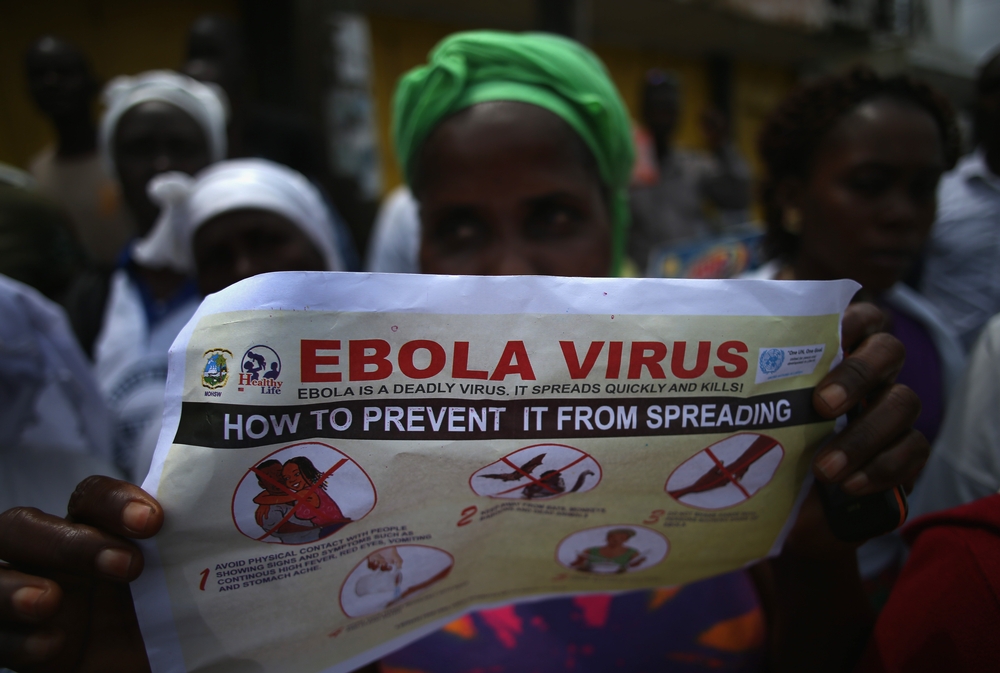 Ebola: “We need to make sure that no one slips through the cracks”

“The Ebola epidemic started with only a few cases in Guéckédou, Guinea. In a small, isolated area, outbreaks of Ebola are normally very limited in scope.

Though it may have started small, this outbreak occurred at the crossroads of three countries, where people move around a lot, from one village to another and one country to another.

At the beginning, in Guinea, when we asked about contacts of those who had died from Ebola, people would say, ‘oh, he went to Sierra Leone’, or ’he’s in Liberia.’

Here in Freetown, we still don’t know how more than half of our Ebola patients got infected. And while we may know which households had cases of Ebola, we don’t necessarily know where the infection originated.

To reach zero cases, every person who had a high-risk contact with someone with Ebola needs to be identified. It’s not as easy as going into a house where someone has been sick and asking who has been exposed.

It’s about gaining the trust of families, spending time with them, so that they understand that the people they’ve been in contact with are not going to be punished.

If a good contact tracing system had been in place from the start of the outbreak, there would be no reason to put people in quarantine. In Guinea, the government has never quarantined households.

In overcrowded Freetown, where Ebola was spreading out of control, and where the response was under-resourced, the government may have seen quarantine as the only available option.

Personally I don’t agree with this but I can see why the Sierra Leonean government is doing it – to stop people moving around and spreading the disease any further.

How the Ebola epidemic spread

The mobility of the population is one of the main reasons the epidemic spread as fast as it did. However, from what we have seen during visits to some families under quarantine, they aren’t being systematically provided with appropriate support – including food, clean water or medical care.

Yesterday I visited a quarantined household. We had already admitted five people from the family to our Ebola management centre in Freetown when a four-year-old girl fell sick. They called the national Ebola hotline and an ambulance came to pick up the child.

Although the family asked for her to be taken to the MSF centre, where she already had family, the ambulance team had been told to take her to another centre. Yesterday the family had heard nothing about the little girl, and they were very concerned. They were also concerned about what it would mean for them.

They told me: “If the little girl is confirmed with Ebola, we will have to start another 21 days of quarantine. If her mother gets sick 10 days later, then the 21 days will start all over again. It will be difficult for us to continue being compliant.”

The houses in Freetown are so close together, particularly in the densely populated ‘slum’ areas, and it is easy enough to disappear down a side alley – it is very easy to evade the quarantine.

However, in some neighbourhoods there is a lot of pressure from the community on people who are quarantined, since everyone knows who they are. Sometimes people decide to self-quarantine.

Of course it’s good news that Liberia, Guinea and Sierra Leone are all seeing fewer new Ebola cases. People’s behaviour has changed. People are really tired and they want Ebola to be gone from their communities.

But the reason the epidemic is still going on is that we – the international community – didn’t act fast enough at the time. If another outbreak occurs, what should be done differently is increasing the speed of the response. But this time, it won’t take these countries by surprise.

People have been trained, centres have been built, ambulance systems have been reinforced and triage practices are being improved. I hope that, because of the lessons learned from the current situation, the next Ebola outbreak will never have the chance to get so out of control.”