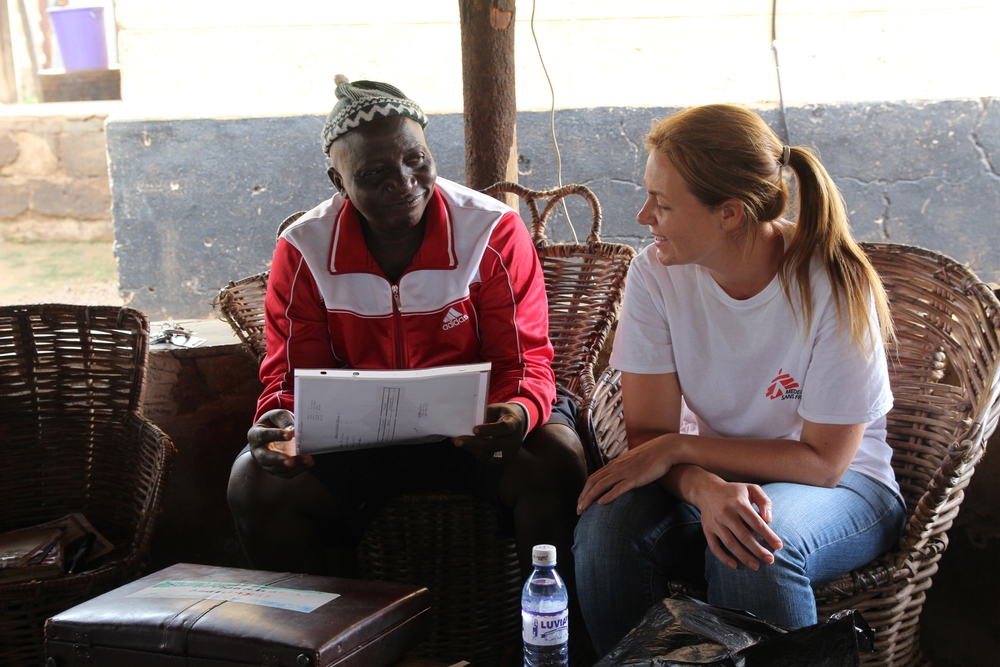 Ebola: After five months, where is the response?

Ella Watson-Stryker (USA) is currently working as Health Promoter in Médecins Sans Frontières/Doctors Without Borders' (MSF)’s emergency intervention in Kailahun, Sierra Leone. She tells the story of a young girl, one of many victims of the Ebola epidemic in West Africa.

The first time I saw Tewa  was in the triage tent. She had come to MSF’s Ebola hospital with her mother, baby sister, and several other extended family members. She sat hunched over in a plastic chair, her legs too short to reach the ground. I gave everyone a snack while they waited and she smiled shyly at me.

We admitted her because she had a fever and her father had died from Ebola. Happily, her blood test came back negative for the virus and she came out, showered and smiling and treated for malaria.

I breathed a sigh of relief and we chatted a bit in the counseling area as she proudly practiced her school-girl English.

I sent her home with her aunt and baby sister. Her mother tested positive but recovered quickly and followed them a few days later. I saw Tewa back in her village when I brought two of her family members home – survivors of Ebola. She smiled at me and went back to playing with the other children.

A week later however, my heart dropped when I saw the patient register. There was her name, and in red letters the word “READMITTED”.

I spent the day hoping she would be negative again, haunting the medical board until the lab results were posted. This time Tewa wasn’t so lucky – the symbol (+) was written after her patient ID number. Now it would be a fight for survival. I watched the small magnet on the medical board that symbolizes Tewa, trying not to ask the medical staff too many questions.

Her young aunt was also in the isolation ward and over the fence I asked her about Tewa each day, trying to be hopeful but not too optimistic. “Most of our patients will die,” I reminded myself, trying to maintain a self-protective emotional distance.

The hygienist is cleaning the triage area at the MSF Ebola treatment centre in Kailahun, Sierra Leone. Since it is not known whether the patient arrived at the centre is infected with Ebola or not, the triage will be cleaned properly after every patient visited.

Failing to stop the epidemic

I took Tewa’s aunt home cured – one of the rare happy days— and saw her mother. I looked for Tewa’s face among the sea of excited children even though I knew she wasn’t there. “How is she?” her mother asked me. “Yesterday she was able to shower,” I told her.

But the next day when I asked about Tewa, the doctor in charge of her care shook his head. “It’s not good. She started bleeding,” he told me, “and she has that look.” I knew the look. I’ve seen it too many times over the past five months. “Ok,” I said, biting my lip and willing my eyes to not fill with tears. “I’m sorry,” he told me.

We’re sorry that we don’t have a medicine proven safe and effective to kill the Ebola virus.

We’re sorry that we don’t have a vaccine.

We’re sorry that we’ve failed to stop the epidemic.

Local health workers try to care for Ebola patients without the proper training or equipment and become sick themselves, infecting their own families before dying. This is how Ebola started in Tewa’s family. Children leave the hospital negative for Ebola but go back to houses contaminated with Ebola virus and there is no one to disinfect them. 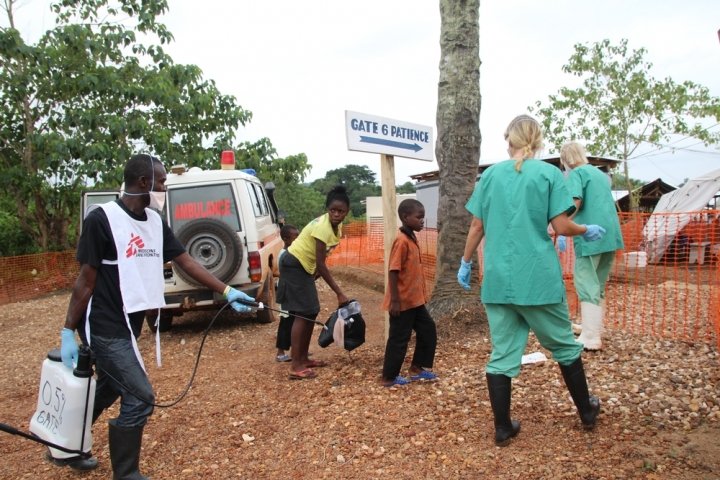 The Ebola epidemic is still raging

Media attention is constant but much of the focus is on whether the virus will kill Europeans or Americans. Journalists come to film staff in exotic yellow hazmat suits, to photograph tanned, exhausted expatriate aid workers, and then they go home and tell the story of the poor Africans and the brave foreigners who came to save them.

They are in love with the romance of the dirt roads and killer virus, but miss the outrage and helplessness we are living every day. We see entire villages wiped out, we follow the tangled webs of extended families as one by one they become sick and die. We live in a world where conversations revolve around where to put the all the bodies no one has come to bury.

We separate sick parents from healthy children or the reverse. We listen to the brokenhearted wails of a woman who has lost the last of her ten children, and then a week later we see her in our triage tent with her small grandson and we watch them die.

No one is asking where the rest of the response is. They don’t question why, after five months of talk, and more than 1,500 known deaths, the epidemic is still raging. They don’t ask where is the money donors are pledging, where are the boots on the ground?

Children like Tewa aren’t rare… today I saw another young girl in triage for the second time. Tomorrow I will look for her name in the patient register and I will hope that when the lab results come back, she will be negative and I can take her home once more.