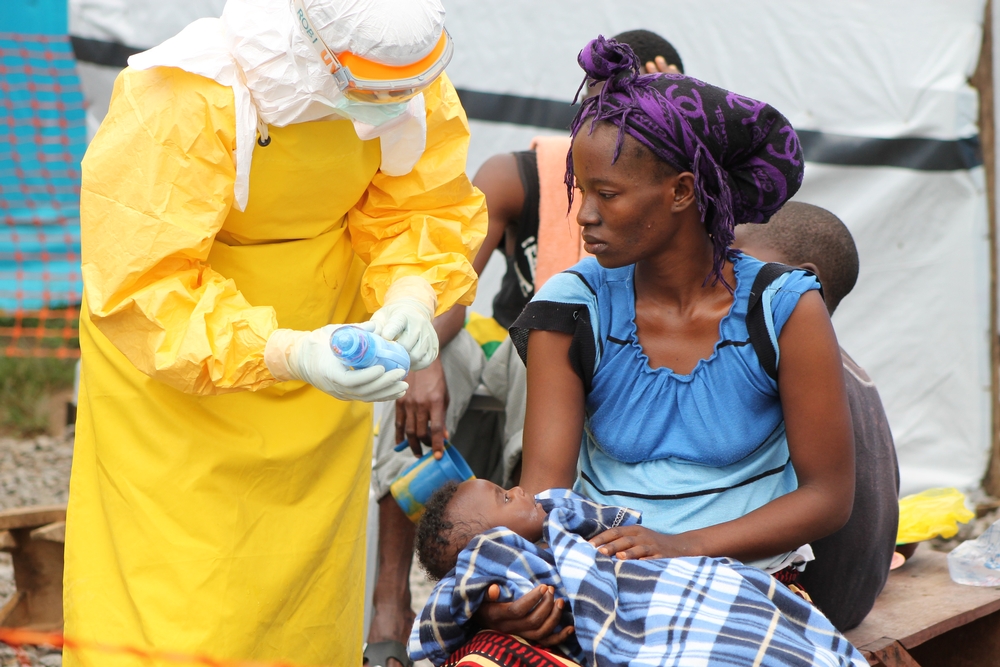 An antimalarial drug may have reduced risk of dying among a group of Ebola patients in Liberia during the height of the outbreak in 2014, according to a retrospective study published by Médecins Sans Frontières (MSF) and its research arm Epicentre, in the New England Journal of Medicine Thursday.

Antimalarial drugs are part of MSF’s treatment protocol for all suspected Ebola patients. This effect was only discovered when an Ebola treatment center in Foya, Liberia ran out of AL during the peak of the epidemic in August 2014. 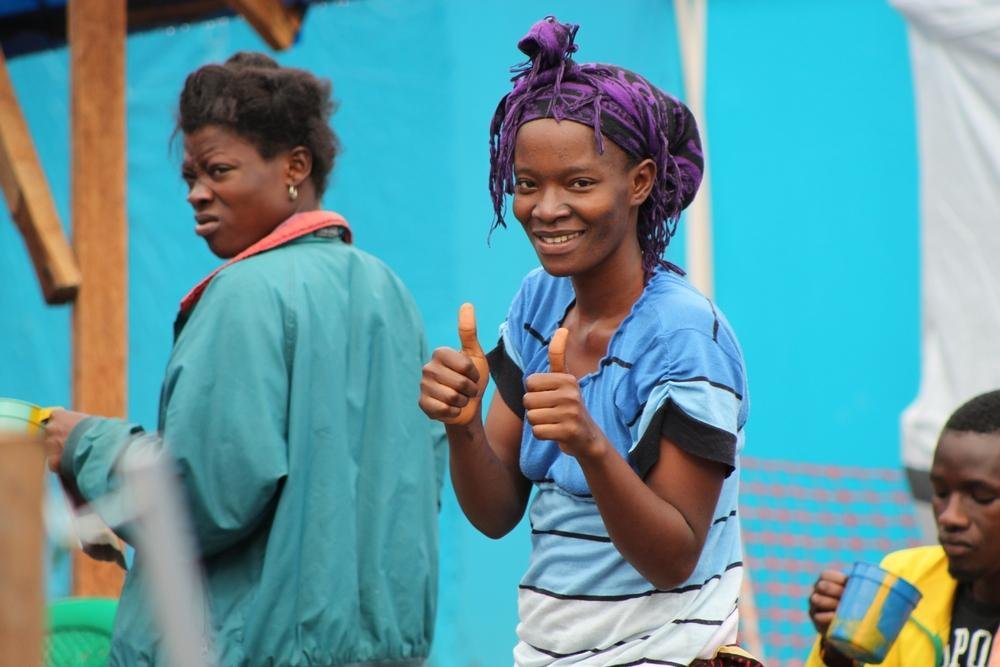 Martin Zinggl/MSF
Deddeh has recovered from Ebola and celebrates her joy. Out of solidarity she decides to stay in the Ebola confirmed area to take care of Elijah, a young boy (3 months) who has lost his mother to Ebola and has been infected himself.

For the two-week stockout period, patients were prescribed ASAQ instead of AL, with no other changes in clinical care. Extensive data analyses excluded other factors—such as age and viral load at admission-- that could have affected the risk of death.

ASAQ contains the compound, amodiaquine, whose activity against Ebola virus disease has been documented in recent in vitro assessments of potential drug candidates among compounds used to treat other diseases, including malaria.

While no clinical trials on treatments carried out by research institutions have yet led to conclusive evidence, this retrospective study provides promising new information, and should encourage further testing of ASAQ. 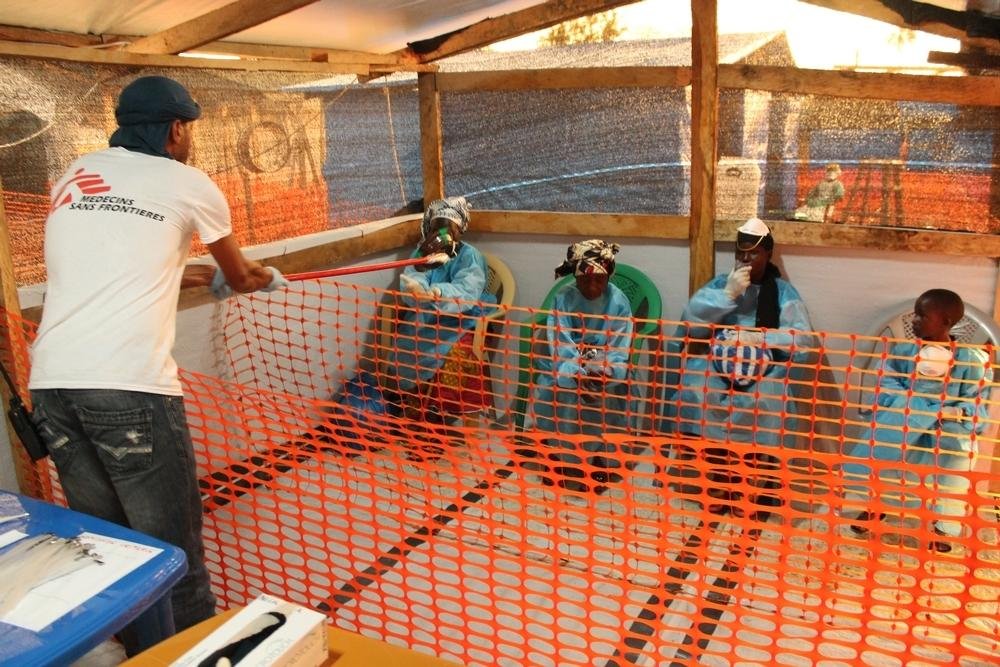 "Given the particular context of this study, we must remain cautious about drawing broad conclusions,” said Dr. Iza Ciglenecki, co-author of the study.

“To date, however, ASAQ appears to be a promising path towards an effective treatment. Further preclinical and clinical studies to confirm the effect of ASAQ in reducing the Ebola mortality are urgently needed.”

More than 28,000 cases and over 11,000 deaths were reported in the West African Ebola epidemic, which has lasted for almost two years. 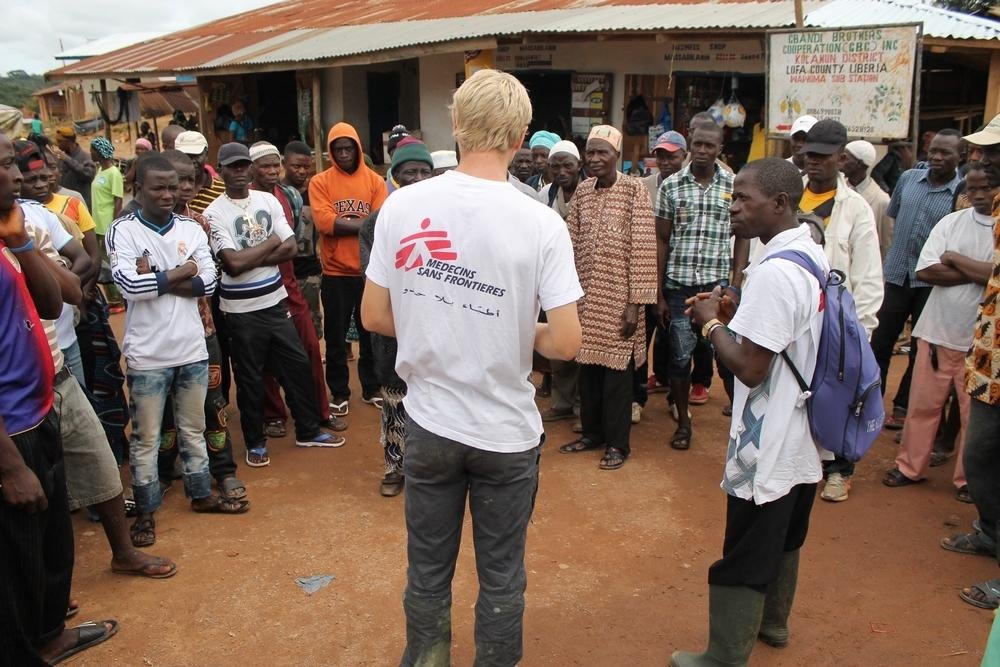 Martin Zinggl/MSF
Jesse is doing an introduction of MSF with the town chief elders to get permission for the outreach team to operate in the village.

“While the epidemic seems to be coming to an end, we hope this will not divert resources and attention from the work needed to find effective treatments, diagnostic tests and vaccines against Ebola virus disease and other emerging diseases, and make them available for those that will need them most for the next epidemic” said Ciglenecki.