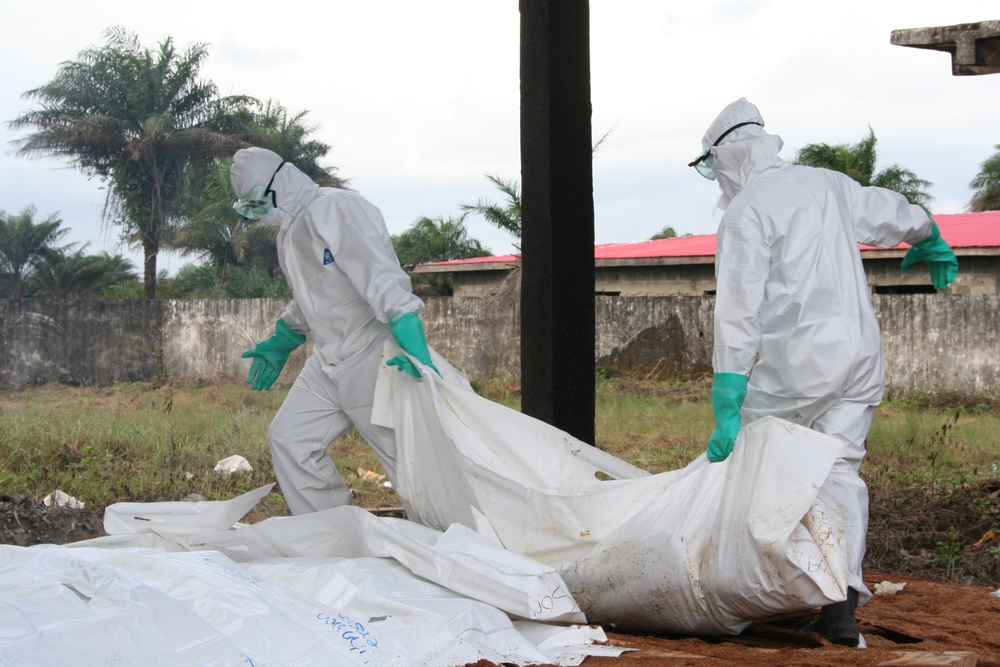 Ebola: I was forced to turn patients away from a treatment centre

Pierre Trbovic, an anthropologist from Belgium, arrived in the Liberian capital, Monrovia in late August to help with MSF’s response to the Ebola epidemic. Finding the treatment centre full, health staff overwhelmed, and sick people queuing in the street, Pierre volunteered for the heart-wrenching job of turning people away.

Soon after arriving in Monrovia, I realised that my colleagues were overwhelmed by the scale of the Ebola outbreak. Our treatment centre – the biggest Médecins Sans Frontières/Doctors Without Borders (MSF) has ever run – was full, and Stefan, our field coordinator, was standing at the gate turning people away. On an MSF mission, you have to be flexible.

This wasn’t a job that we had planned for anyone to do, but somebody had to do it – and so I put myself forward.

For the first three days that I stood at the gate it rained hard. People were drenched, but they carried on waiting because they had nowhere else to go.

Forced to turn patients away

The first person I had to turn away was a father who had brought his sick daughter in the trunk of his car. He was an educated man, and he pleaded with me to take his teenage daughter, saying that whilst he knew we couldn’t save her life, at least we could save the rest of his family from her.

At that point I had to go behind one of the tents to cry. I wasn’t ashamed of my tears, but I knew I had to stay strong for my colleagues – if we all started crying, we’d really be in trouble.

Other families just pulled up in cars, let the sick person out and then drove off, abandoning them. One mother tried to leave her baby on a chair, hoping that if she did, we would have no choice but to care for the child.

I had to turn away one couple who arrived with their young daughter. Two hours later the girl died in front of our gate, where she remained until the body removal team took her away.

We regularly had ambulances turning up with suspected Ebola patients from other health facilities, but there was nothing we could do. We couldn’t send them anywhere else – everywhere was, and still is, full.

Once I entered the high-risk zone, I understood why we couldn’t admit any more patients. Everyone was completely overwhelmed.

There are processes and procedures in an Ebola treatment centre to keep everyone safe, and if people don’t have time to follow them, they can start making mistakes. 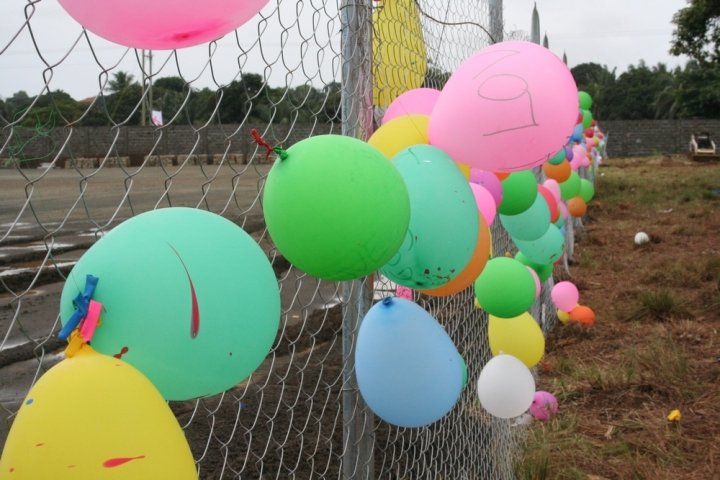 People from the community tied balloons on the fence of the MSF Ebola management centre. Messages of hope for the patients and the staff.

It can take 15 minutes to dress fully in the personal protective equipment and, once inside, you can only stay for an hour before you are exhausted and covered in sweat. You can’t overstay or it starts getting dangerous.

The patients are also really unwell, and it is a lot of work to keep the tents clean of human excrement, blood and vomit, and to remove the dead bodies.

There was no way of letting more patients in without putting everyone, and all of our work, at risk. But explaining this to people who were pleading for their loved ones to be admitted, and assuring them that we were expanding the centre as fast as we could, was almost impossible.

Urgent need for immediate scale up

All we could do was give people home protection kits, containing gloves, gowns and masks, so that they could be cared for by their loved ones with less chance of infecting them.

After the rain came the scorching sun. One day an old man waited outside for five hours with just a broken umbrella for shade. In all that time, the only thing he said to me was, ‘too much sun’.

It took him so much effort. His son was with him, but was too scared to go near him to offer any comfort. When we were finally able to admit him, his son came to thank me with tears in his eyes.

There were others who weren’t actually sick, but who weren’t sleeping or eating out of fear they might have Ebola – they just wanted a test. But if we were turning people away who were dying, how could we accept people who were healthy?

Others who came were just desperate for a job – willing to do anything, even if it meant carrying dead bodies.

When the nurses, who I have such admiration for, started pitying me and telling me that they couldn’t have done my job, I realised that what I was doing was even harder than I thought. After a week, people told me I needed to stop. They could see the emotional toll that it was taking on me.

That afternoon a colleague came to find me, saying there was something I had to see. Whenever people recover, we have a small ceremony for the patients who are discharged.

Seeing the staff gather to celebrate this exceptional moment, hearing the words of the discharged patients as they thank us for what we did, gives us all a good reason to be there. Looking around I saw tears in all of my colleagues’ eyes. Sometimes there are good reasons to cry.