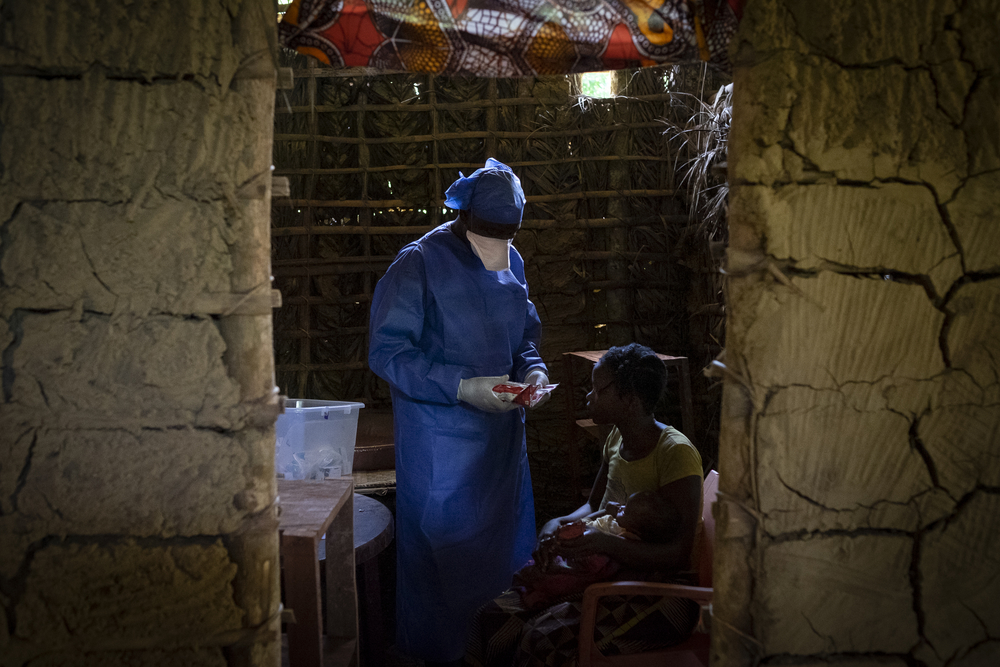 The tenth Ebola outbreak in the Democratic Republic of Congo (DRC), which struck the eastern part of the country between 2018 and early 2020, went on to become the largest in the country's history.

The eleventh outbreak, currently underway in Équateur province, in the country’s west, looks quite different from its predecessor: it proceeds at low intensity, producing small clusters in isolated areas and a lower overall mortality rate. How has the medical response evolved? How can we take advantage of the experience from previous outbreaks?

Guyguy Manangama, who is leading Médecins Sans Frontières’ (MSF) Ebola activities, describes in this interview the situation following a visit to Équateur province.

What is the current status of the Ebola epidemic in Équateur province?

The eleventh Ebola outbreak in DRC was declared on 1 June 2020. Since then, 130 people have fallen ill and 55 have died from the disease. The first cases were reported in the town of Mbandaka, Équateur’s administrative centre, before small clusters began to appear in the more peripheral districts. Since then, the outbreak has been advancing at a slow pace. Although the situation appears to be under control, experience shows that new clusters can still occur.

At the same time, we are observing significantly lower levels of viral loads and mortality, compared to the tenth Ebola outbreak, which struck the east of the country between 2018 and 2020. Mortality is still high at 43% today, but it’s down from the 67% we saw during the outbreak in North Kivu and Ituri provinces. 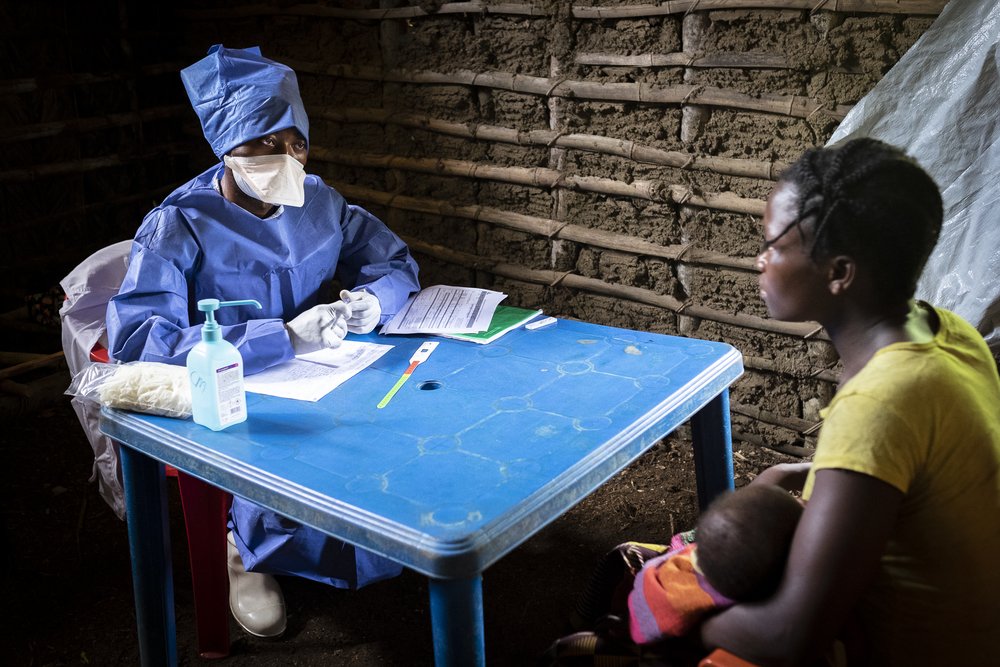 A possible explanation is that some sort of natural immunity exists among people in Équateur province, as this region has experienced Ebola outbreaks before – most recently in 2018. Reservoirs of the virus are traditionally present there. It is possible then that some people may have experienced low-level exposure to the virus before and maybe immune in some way.

This is just a hypothesis based on observations: further analysis is needed to understand. Also, today we are benefitting from the scientific progress made in recent years, including our ability to use a vaccine, and curative treatments that have proven to be effective in clinical trials conducted during the previous outbreak in North Kivu.

What are the main differences between the tenth and eleventh outbreaks and how do they affect our activities?

The previous epidemic was exceptional in many ways, including that it took place in an area which had never seen the disease before and was a conflict area. The outbreak currently underway is quite different. We don’t see large urban clusters, but sporadic cases that don’t appear to spread in a linear way; lacking major long-distance roads, for example, communities move along the meandering waterways of the area as they go from one small village to another. As a result, patients are scattered over a vast area that includes 12 of the 17 health districts in the province. 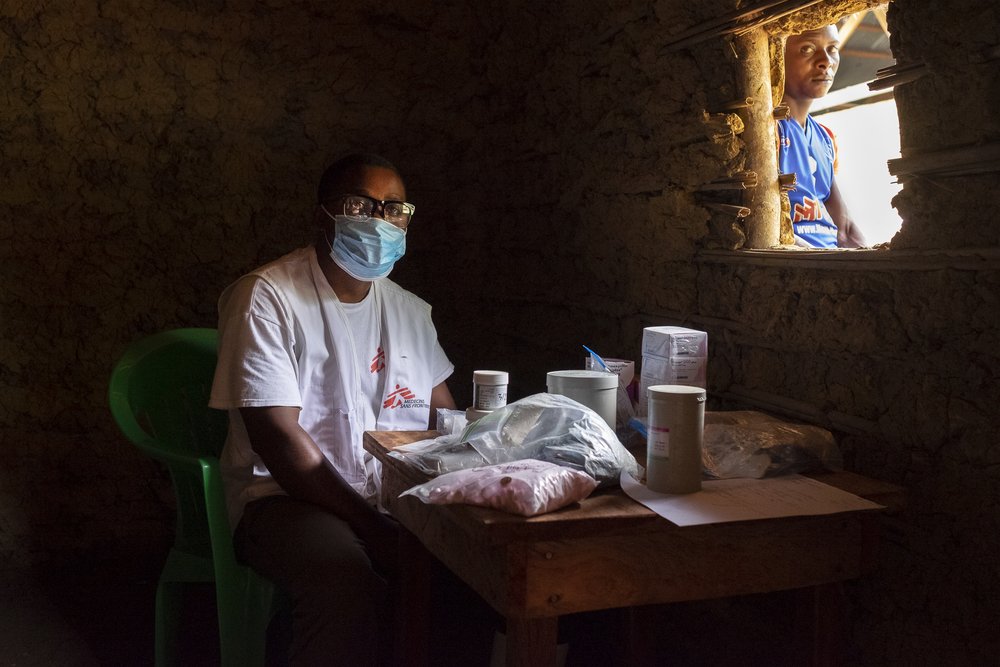 Caroline Thirion/MSF
Patient, MSF nurse, prepares to dispense the prescribed treatments to non-Ebola patients received in consultation by MSF staff in the village of Ikenge, in support of the teams at the local health centre, after a triage that allowed to rule out any possible suspected Ebola cases.

What about the new tools developed during the last outbreak in the eastern part of the country, namely the first Ebola vaccine (which has since been licensed) and the new treatments that were provided under a compassionate care protocol or as part of clinical trials? What role do they play in the response to the current outbreak?

The vaccine was deployed early in the current outbreak and may have played an important role in reducing the spread of the virus. The strategy is based on vaccinating people who had direct or indirect contact with the sick, but in rural and sparsely populated areas it is often more expedient and effective to vaccinate the entire community, resulting in a de facto higher level of protection. After some delays, the new treatments have also been rolled out in treatment centres.

Today, these tools allow for a radical change in approach; while limiting the circulation of the Ebola virus remains a very important objective for the response, efforts are now increasingly focused on patient care and recovery.

Previously, we could do little more than isolate the sick and provide them with symptomatic treatments – for example, for fever or dehydration. Having curative treatments at our disposal means that the patient and the quality of care can take centre stage.

More progress has come in the way of post-exposure prophylaxis; this includes administering monoclonal antibodies to people with a high probability of developing the disease, following high-risk exposure to the virus (say, through contact with a patient's blood), as long as it is done within 72 hours of exposure.

One of the main challenges in North Kivu and Ituri was people’s reaction to the arrival of the response teams. What is the relationship like with the community in Équateur province?

In northeastern DRC, we worked in an unstable context, marred by a very violent conflict that led to political tensions over long periods of time. In Équateur, the environment is much calmer. The good relationship between healthcare personnel and local people can also be attributed to the new approach adopted by the response, which is based on empowering decentralised micro-structures for Ebola care in local healthcare facilities, close to patients and communities, relying on local health workers and limiting the use of large, centralised facilities and imported personnel. In short, we support the local healthcare network to identify, isolate and treat patients with Ebola disease, minimising the need for a parallel system. 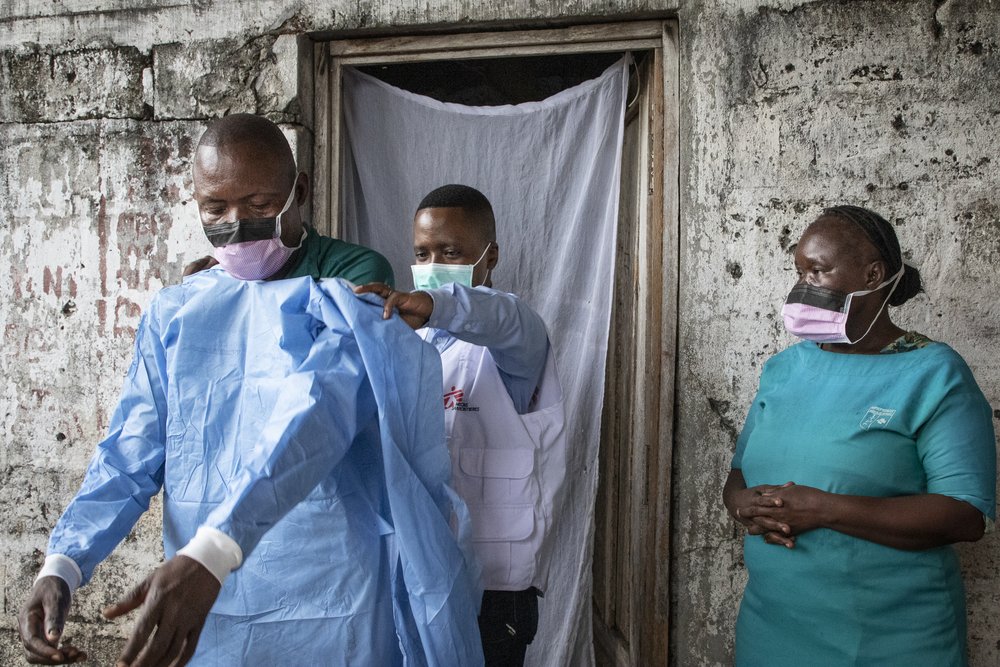 Caroline Thirion/MSF
Epidemiologist Gaston trains and helps local staff at the Le Temps d'un Soir health centre in Mbandaka on how to put the protective equipments donated by MSF to improve protection and infection control in this health centre, which has had eight confirmed Ebola cases at the start of the epidemic.

We promoted this approach as early as in 2019, while tackling the previous outbreak in the east. It has now been adopted by all those involved in the medical response, including the Ministry of Health, and has many advantages. Large treatment centres are neither appreciated by communities nor easily accepted by patients and their families; they are hermetically sealed, impenetrable... they spark fear. The incomprehension and hostility the centres generated in 2018 and 2019 produced harsh reactions, sometimes very violent.

By having the option of being treated closer to home, in facilities that are known and accessible to their families, patients are much more willing to come forward in case of symptoms. If they are indeed infected with Ebola, early admission to care also increases their chances of recovery. When sending our mobile teams, we have also taken into account the broader health needs of people aside from Ebola; this has also greatly contributed to the good acceptance of our teams by communities.

This deadly virus is at last beginning to look like a very serious but treatable disease – and even a preventable one to some extent through vaccination – rather than a biological threat.