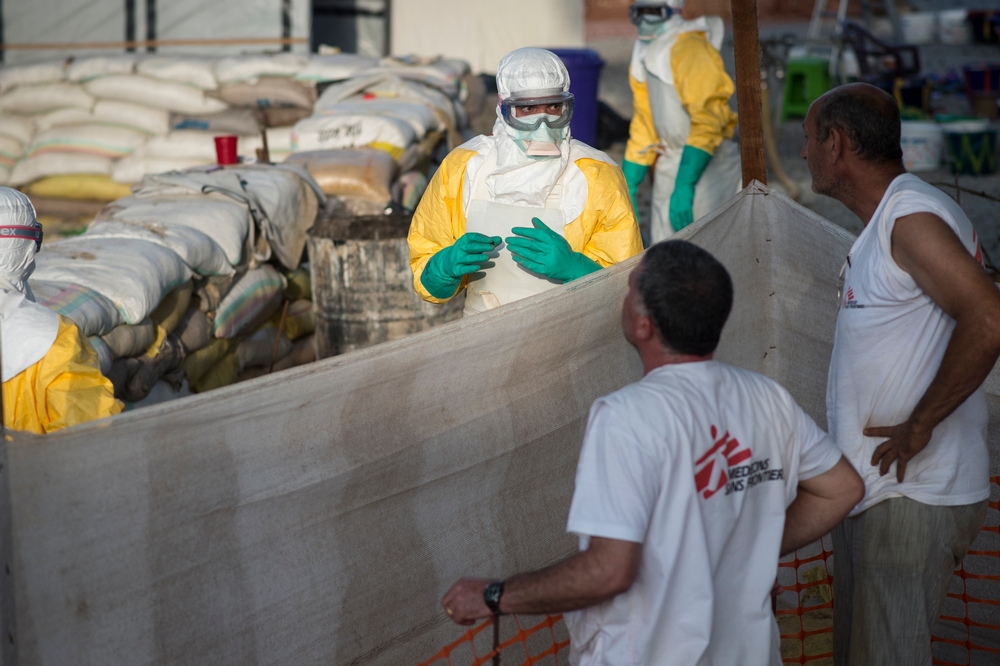 While the number of patients appeared to be in decline, new cases of Ebola have been reported in Guinea and Sierra Leone. The virus has already affected more than 300 people in West Africa.

Médecins Sans Frontières /Doctors without Borders (MSF) is continuing its work supporting health authorities in the two countries, treating patients and putting measures in place to contain the epidemic.

According to information from the Ministry of Health, there has been one confirmed case and four deaths in Koindu in Kailahun district of Sierra Leone near the Guinean border since the end of May.  On 29 May, the authorities reported 18 suspected cases, of whom six died.

In the coming days MSF will set up a treatment centre in Koindu, the epicentre of the epidemic in Sierra Leone, in collaboration with the Ministry of Health.

A team of specialists will join the team already present on the ground. MSF will also send medical and logistical supplies such as protective clothing kits and medicines with a view to protecting health staff and to setting up facilities where patients can be treated.

According to Marie-Christine Ferir, MSF emergency coordinator, “ Ebola is a disease that scares people and that is perceived as mysterious, but people can overcome it.”

Since the beginning of the epidemic, about 30 patients treated by MSF in Guinea have survived the disease. “Earning people’s trust is essential in efforts to fight the epidemic,” says Marie-Christine Ferir.

Despite efforts on the ground, the number of confirmed cases has increased in the last few weeks. As of 30 May it stands at 178 confirmed cases, while a total of 113 people have died according to the Guinean Ministry of Health.

The epidemic has spread to Boffa on Guinea’s coast to Telimele in Kindia region. New patients have also been registered in Conakry, Gueckedou and Macenta.

The rise in cases may be due to a reluctance on the part of patients to go to hospital. The movement of infected people and cadavers is also a major issue.

Families frequently transport dead bodies themselves in order to organise funerals other towns. The multiplication of affected areas makes it difficult to treat patients and control the epidemic.

“The main challenges we face on the ground are resistance within communities and follow-up with of people who have crossed borders and may be infected.”

MSF employs around 300 expatriate and national staff in the region.  More than 40 tonnes of equipment and supplies have been sent to fight the epidemic.