José Enrique Hernández, a nurse from one of the specialist ‘family care’ teams set up by the Ministry of Health in El Salvador’s capital city, San Salvador, has never carried out so many cervical smears, to test for cervical cancer, in a single morning session.

This was the first time that José Enrique, helped by staff from Médecins Sans Frontières (MSF), had been able to cross the invisible barrier preventing the residents of San Salvador’s La Concepción neighbourhood from accessing many standard health services.

"There are clinics that we can’t go to because of the neighbourhood we live in."

The community of La Concepción is one of many that have been trapped between territories carved out by violent gangs in San Salvador. Known locally as maras, the criminal groups battle state security forces as well as fighting amongst themselves. As a result, El Salvador now has the highest murder rate in Central America and is one of the most dangerous countries in the world.

The areas controlled by the gangs make up a patchwork of so-called red zones, divided by an invisible network of frontiers. If one’s local health centre is in an area controlled by a rival gang, it can be almost impossible to reach the services it offers, due to threats, fear or stigma. This problem is particularly acute for younger residents.

“Today, many women told me that they have not had a cervical smear for a long time simply because of the area where they live,” says José Enrique.

Twenty-five-year old Maria confirms this. “There are clinics that we can’t go to because of the neighbourhood we live in,” she says. Maria, who has just had a cervical scan, understands the importance of learning about sexual and reproductive health, even more so after undergoing two abortions as a teenager, in a country where abortion is illegal and can lead to sentences of up to 30 years in prison. “I suffered and I would not wish that on anyone,” says Maria. 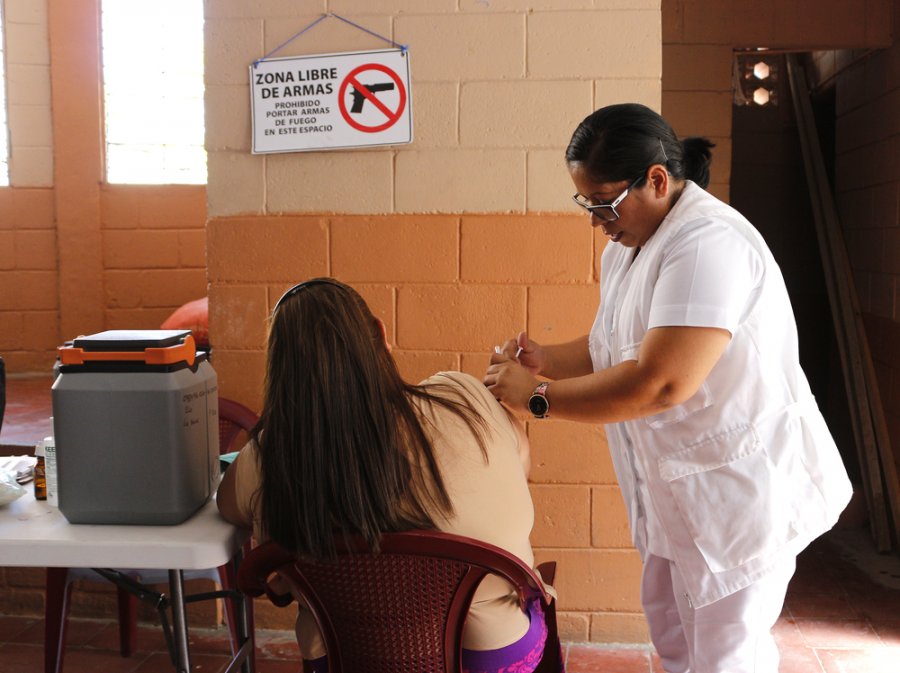 Our teams are working in ‘red-zone’ neighbourhoods such as La Concepción, sending in mobile medical teams and providing mental healthcare and an ambulance service, in coordination with San Salvador’s Community Health Committee and local community leaders. MSF’s presence has helped Ministry of Health staff return to neighbourhoods which have been cut off from health services for a long time.

“MSF is the only medical organisation with a regular presence here,” says Alfredo.

Sexual and reproductive health and mental health are still stigmatised in El Salvador, but in La Concepción there is increasing awareness of the importance of these health issues. “People already have more confidence,” says Reynosa.

Santos Aguirre agrees. Santos is a community leader who has worked with MSF since its teams first came to La Concepción. He believes that our work alongside the Ministry of Health has been vital for local people’s health.

“It's of huge benefit to the community,” says Santos. “As MSF and the Ministry of Health have made the effort to bring services here, so the community is committed to showing its support in return. Little by little, things are achieved.”

Elena, a 51-year old street vendor who has just had a cervical cancer screening, believes that women should throw aside their fears of getting tested and should take advantage of the health teams’ presence.

“There are a lot of people here who do not get screened because they do not leave the community,” she says, adding that MSF is a great support for “the forgotten population”.

“For the first few days, entering the area was difficult,” says Ramos. “Yes, it was a little scary, because we did not know what the area would be like, and many times I was asked by neighbours what I was doing there – that was a bit frightening.”

But he is pleased with what they have achieved, and hopes that local people will take up the services on offer after being deprived of healthcare for so long.

From October to November 2018, MSF provided 163 consultations on sexual and reproductive health in San Salvador and the suburb Soyapango. To date, MSF teams have provided healthcare in 11 locations across San Salvador and Soyapango in coordination with local health facilities and community leaders, sending in mobile medical teams and providing mental healthcare and an ambulance service to take people to hospitals across the city. MSF’s teams continue to work to cross invisible barriers and bring healthcare to those who need it.

Displaced in El Salvador: "They ripped my soul out" >