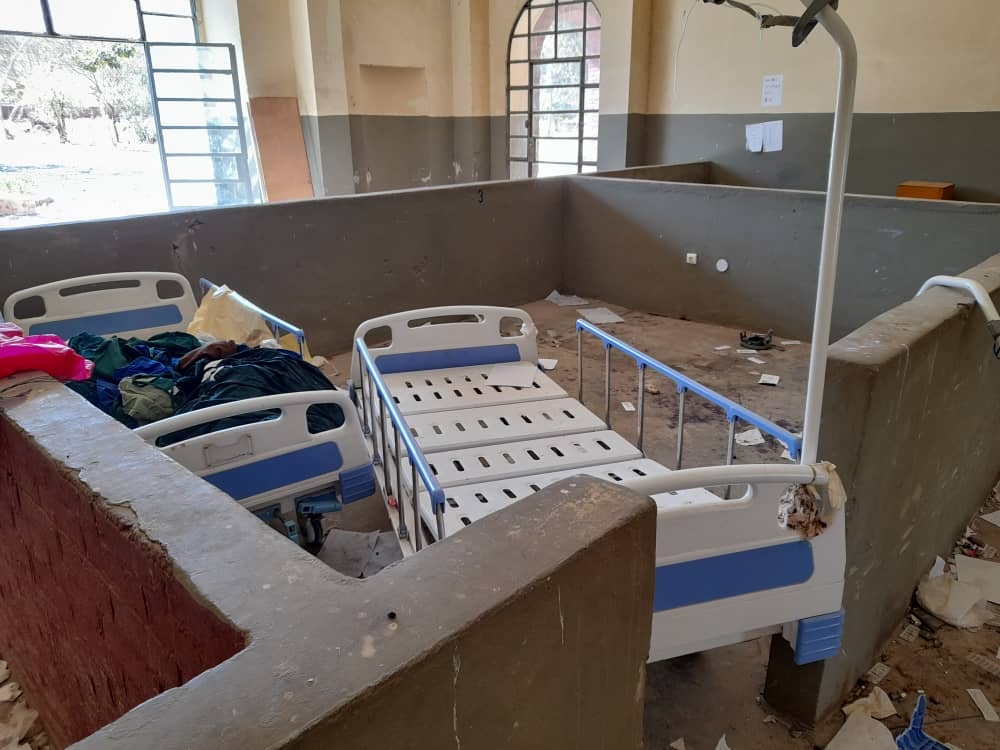 Addis Ababa, 15 March 2021 – Health facilities across Ethiopia’s Tigray region have been looted, vandalised and destroyed in a deliberate and widespread attack on healthcare, according to teams from international medical organisation Médecins Sans Frontières/Doctors Without Borders (MSF).

Of 106 health facilities visited by MSF teams between mid-December and early March, nearly 70 per cent had been looted and more than 30 percent had been damaged; just 13 per cent were functioning normally. 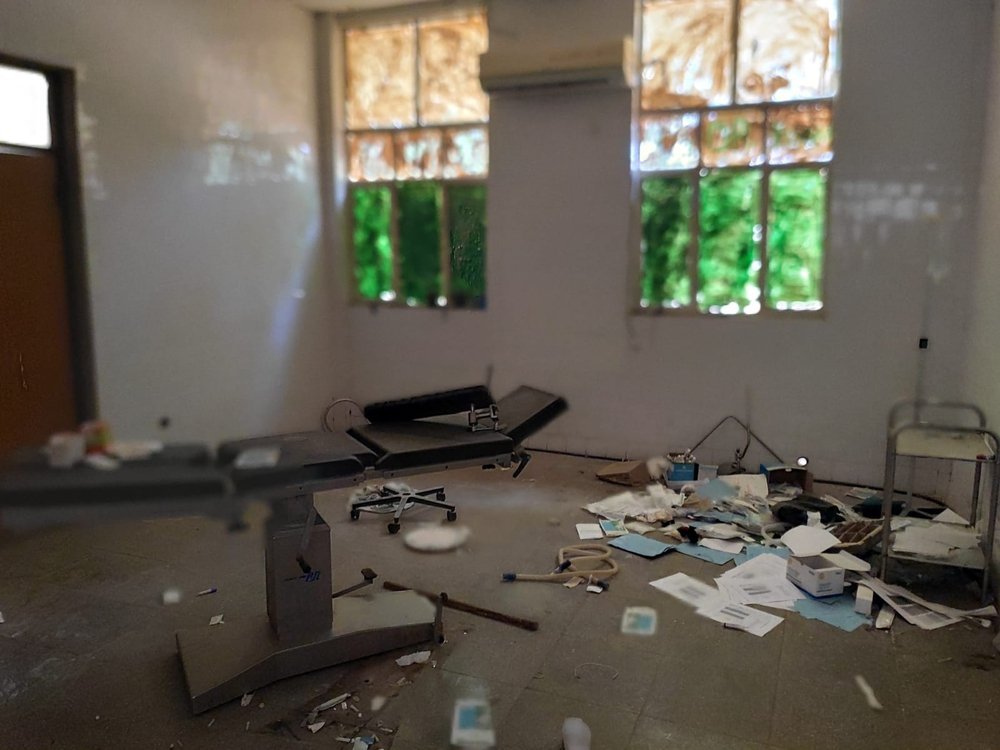 While some looting may have been opportunistic, health facilities in most areas appear to have been deliberately vandalised to make them non-functional. 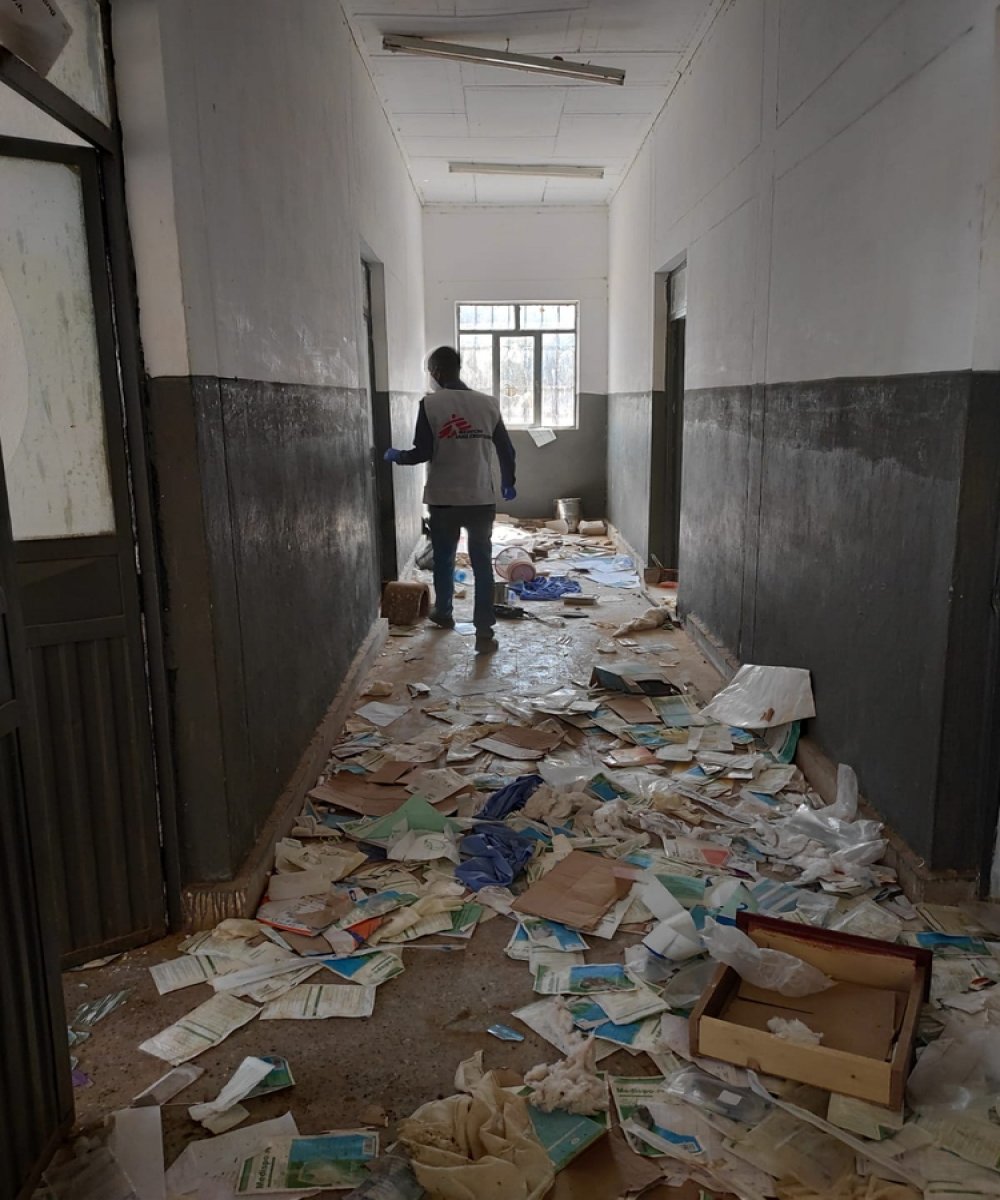 In many health centers, such as in Debre Abay and May Kuhli in the North-West, teams found destroyed equipment, smashed doors and windows, and medicine and patient files scattered across floors. 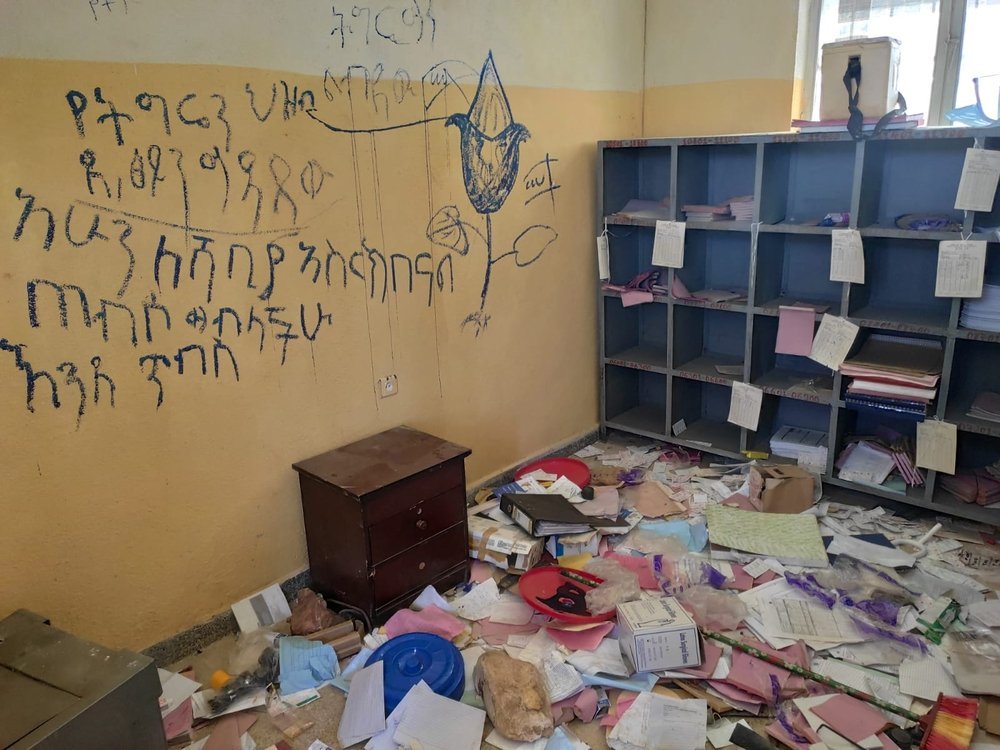 In Adwa hospital in central Tigray, medical equipment, including ultrasound machines and monitors, had been deliberately smashed.

In the same region, the health facility in Semema was reportedly looted twice by soldiers before being set on fire, while the health centre in Sebeya was hit by rockets, destroying the delivery room. 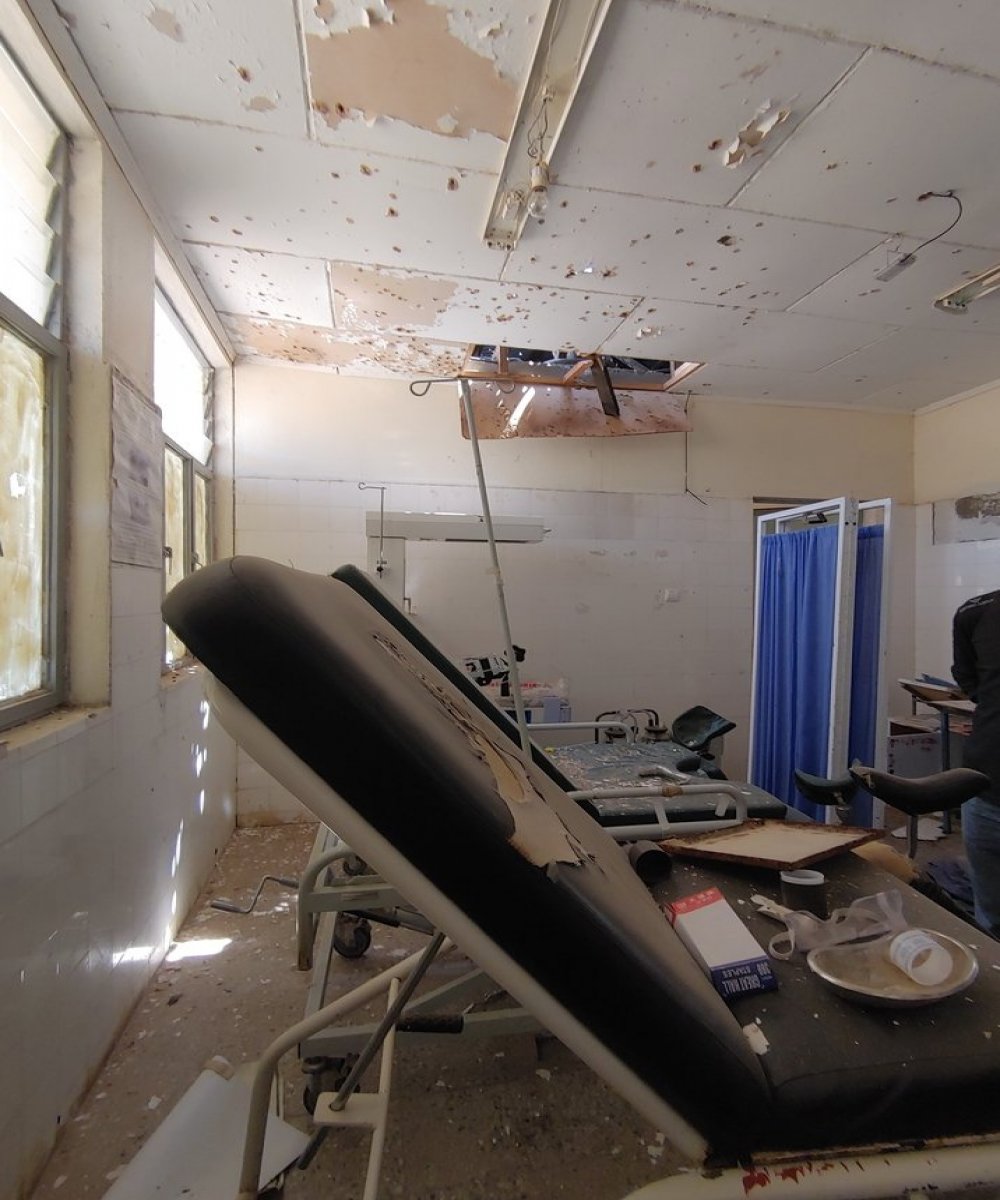 MSF
A rocket impacted against the delivery room at the Sebeya health centre, in east Tigray, destroying it.

Every fifth health facility visited by MSF teams was occupied by soldiers. In some instances this was temporary, in others the armed occupation continues. 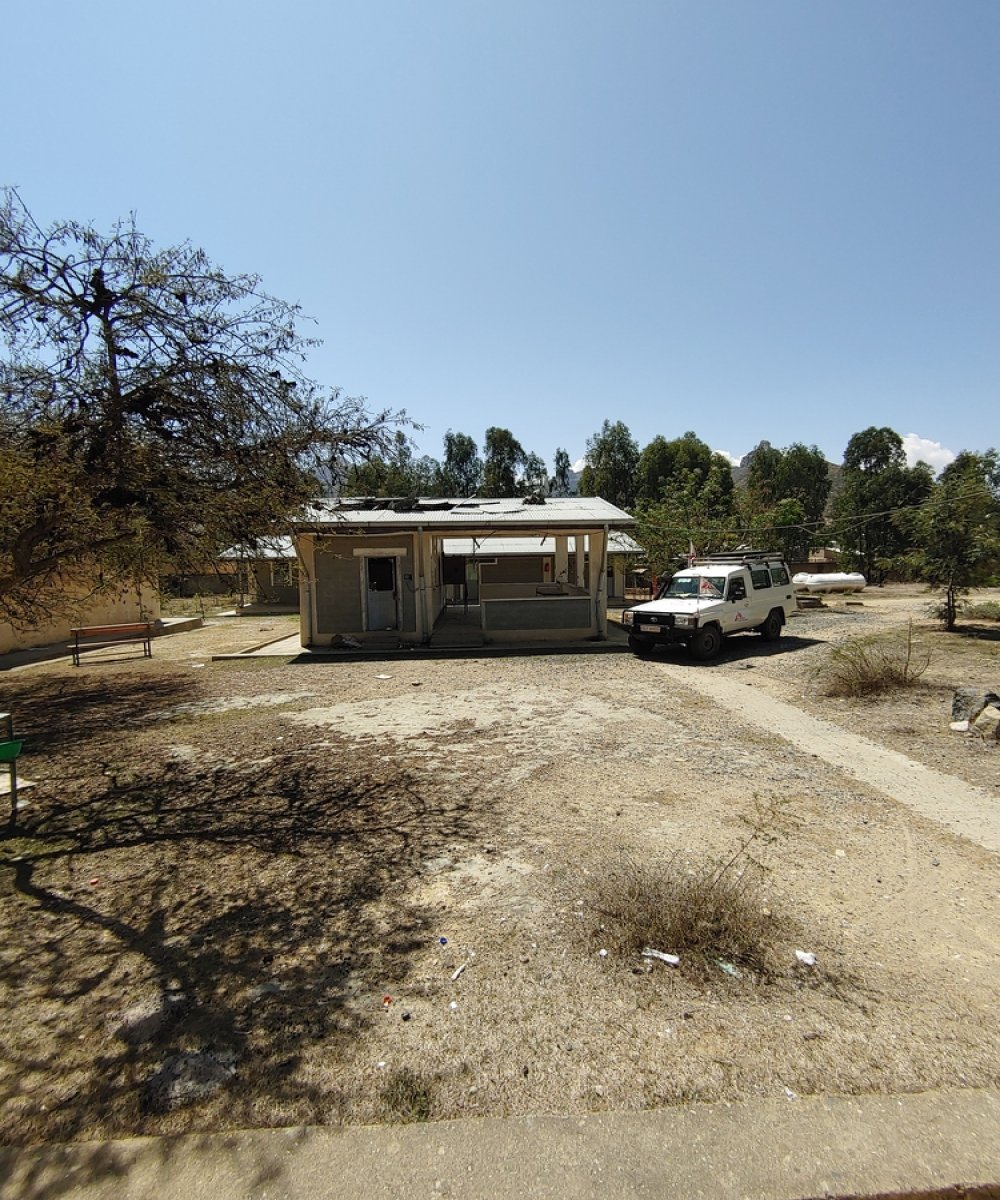 In Mugulat in east Tigray, Eritrean soldiers are still using the health facility as their base. The hospital in Abiy Addi in central Tigray, which serves a population of half a million, was occupied by Ethiopian forces until early March. 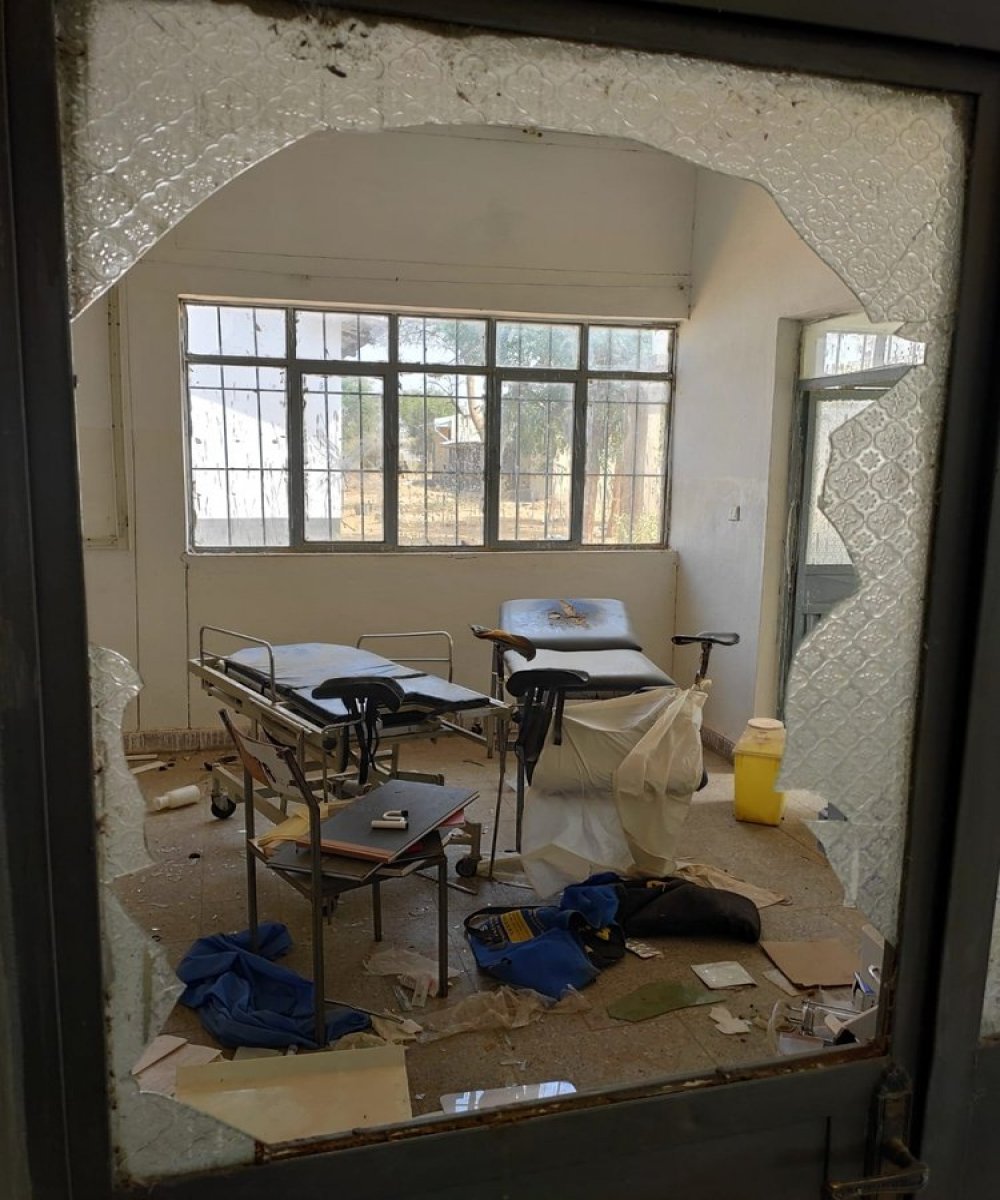 “The army used Abiy Addi hospital as a military base and to stabilise their injured soldiers,” says MSF emergency coordinator Kate Nolan.

“During that time it was not accessible to the general population. They had to go the town’s health centre, which was not equipped to provide secondary medical care – they can’t do blood transfusions, for example, or treat gunshot wounds.”

In and around the city of Adigrat in east Tigray, some 20 ambulances were taken from the hospital and nearby health centres.

Few health facilities in Tigray now have ambulances, as most have been seized by armed groups 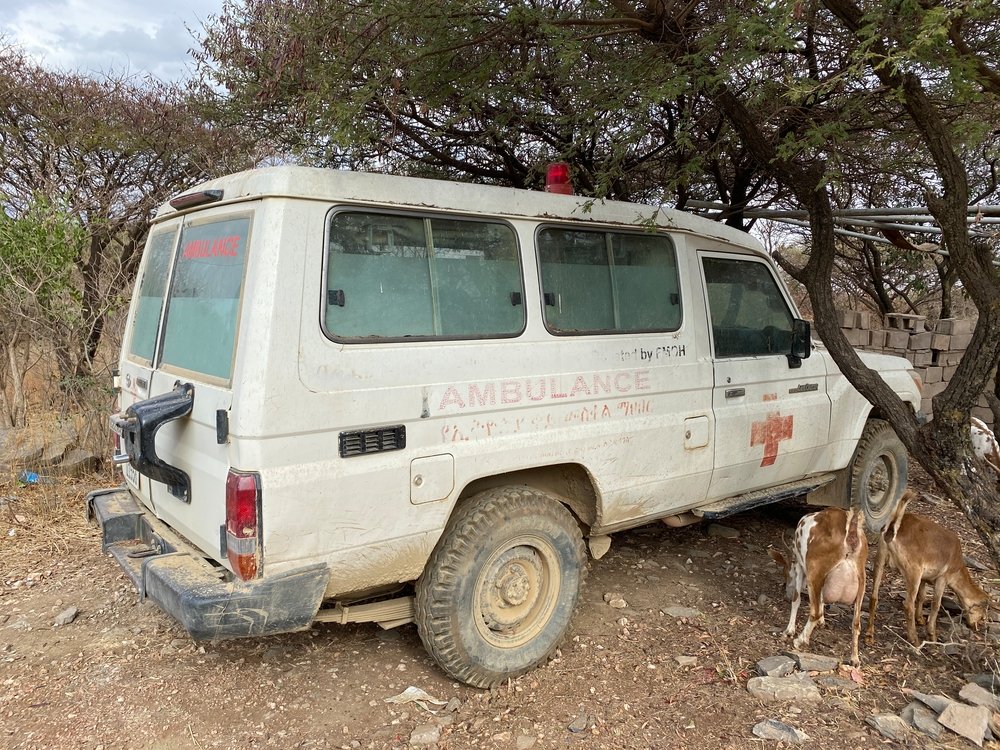 MSF
One of the ambulances hidden by the community around the town of Abyi Addi, in central Tigray, to avoid being taken by armed groups.

Later, MSF teams saw some of these vehicles being used by soldiers near the Eritrean border, to transport goods. 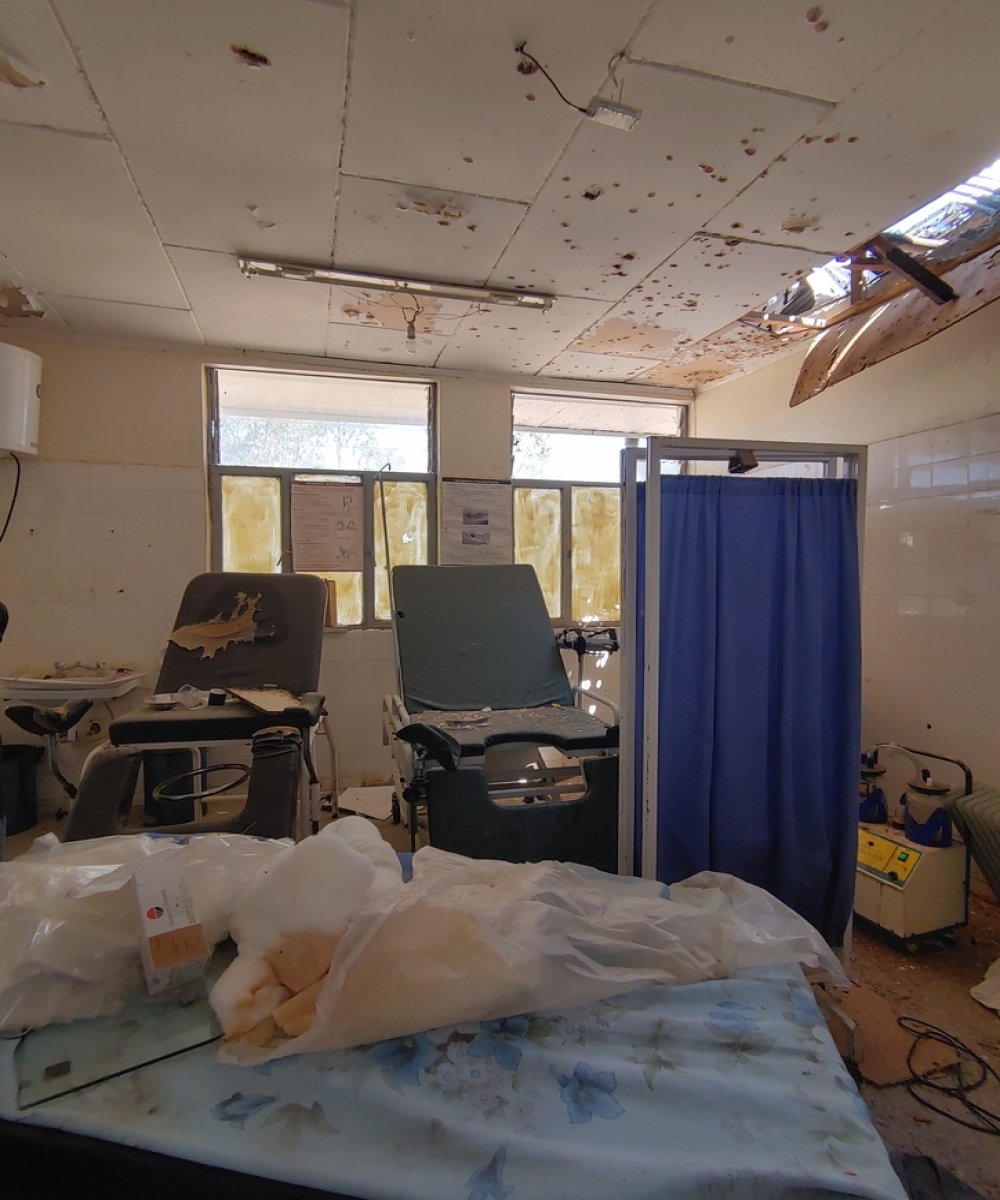 MSF
A rocket impacted against the delivery room at the Sebeya health centre, in east Tigray, destroying it.

Many health facilities have few – or no – remaining staff. Some have fled in fear; others no longer come to work because they have not been paid in months.

“The attacks on Tigray’s health facilities are having a devastating impact on the population,” says MSF general director Oliver Behn.

“Health facilities and health staff need to be protected during a conflict, in accordance with international humanitarian law. This is clearly not happening in Tigray.” 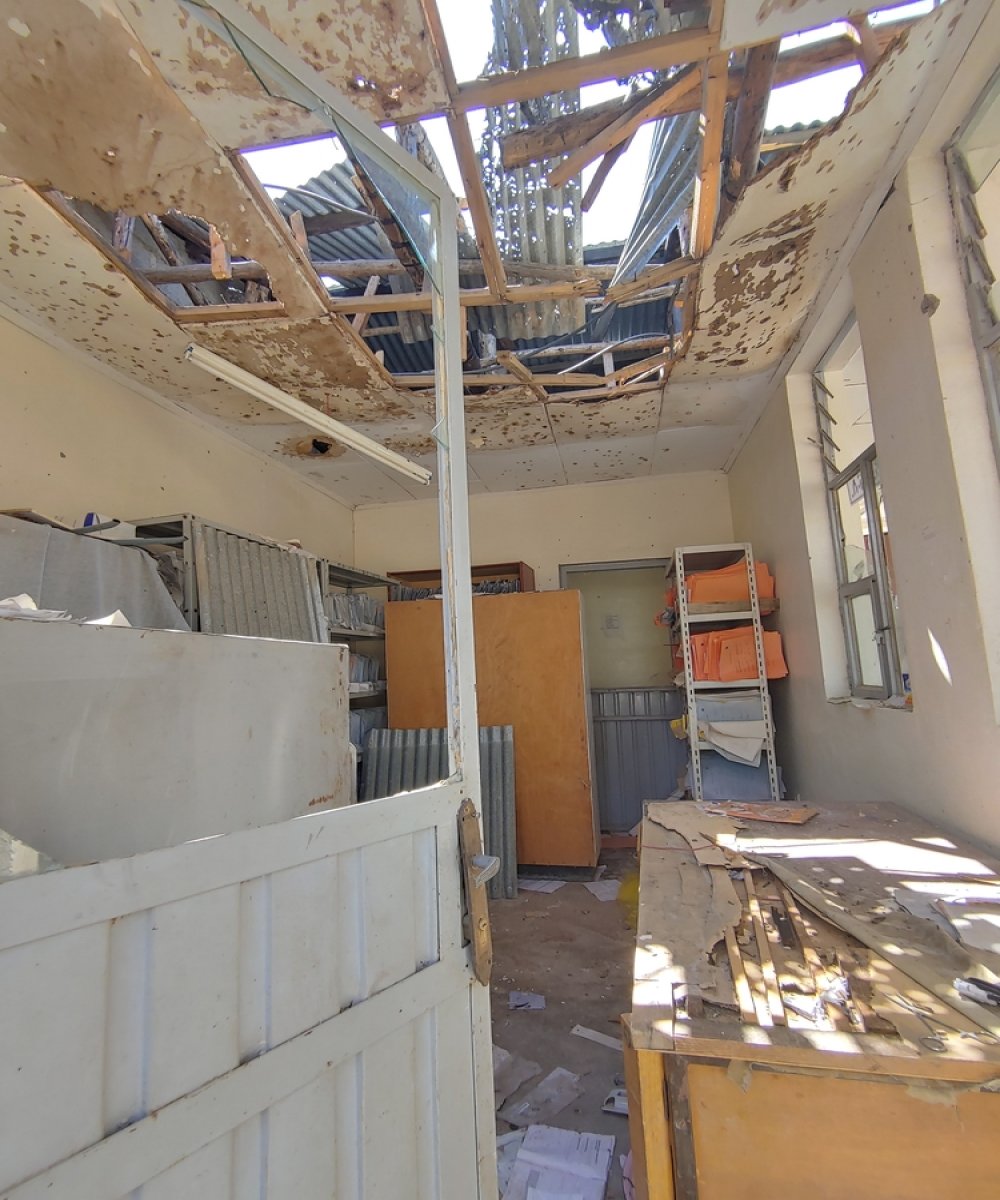 MSF
Image of an administrative room of the Sebeya health centre, in east Tigray, hit by a rocket.

Before the conflict began in November 2020, Tigray had one of the best health systems in Ethiopia, with health posts in villages, health centres and hospitals in towns, and a functioning referral system with ambulances transporting sick patients to hospital. 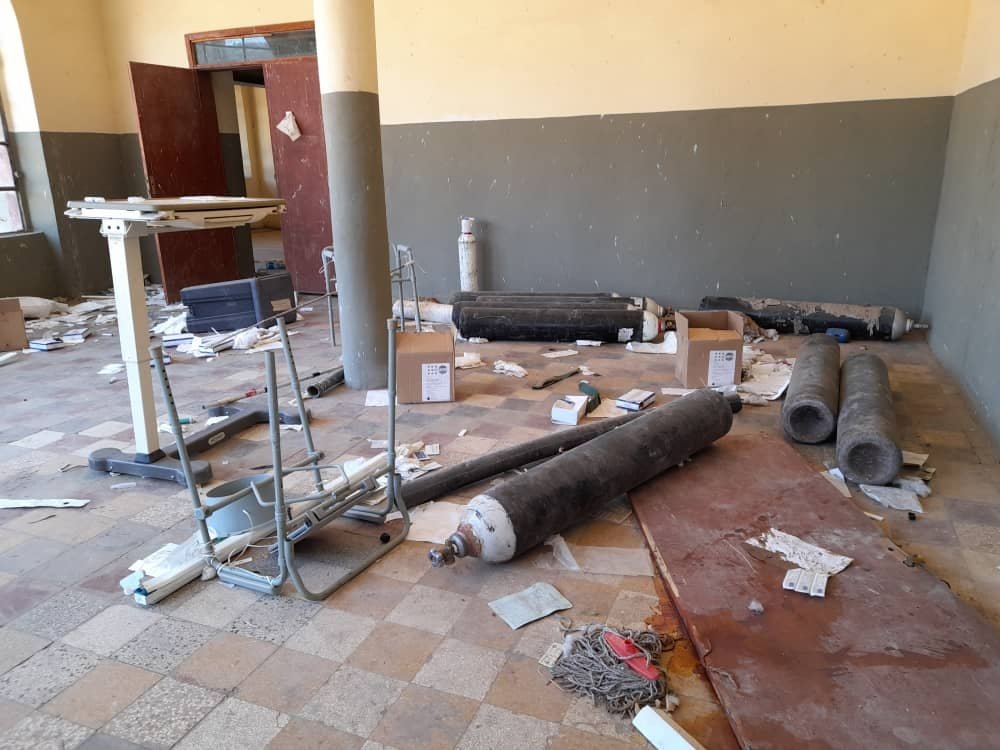 MSF
Images taken by MSF staff from inside Selekleka Hospital in Tigray, Ethiopia. As a result, the Hospital is now closed and unable to function, leaving a huge gap in the needs of the local population.

MSF staff conducting mobile clinics in rural areas of Tigray hear of women who have died in childbirth because they were unable to get to a hospital due to the lack of ambulances, rampant insecurity on the roads and a night-time curfew.

Meanwhile many women are giving birth in unhygienic conditions in informal displacement camps. 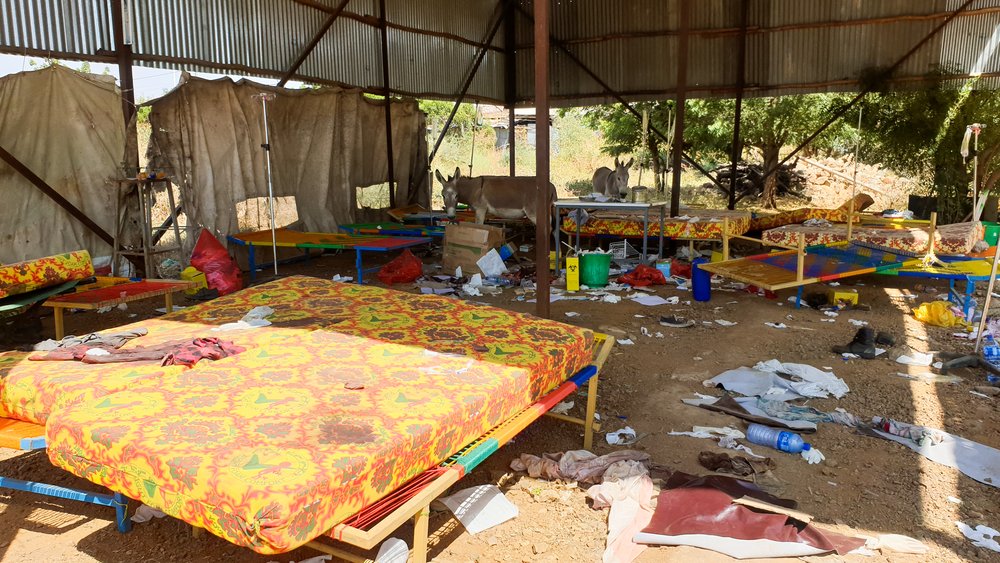 MSF
The scene that greeted MSF staff as they arrived at Humera Hospital on 15th of November after the eruption of the fighting in Tigray. The Hospital, was abandoned, and staff and patients fled, following the eruption of violence.

In the past four months, few pregnant women have received antenatal or postnatal care, and children have gone unvaccinated, raising the risk of future outbreaks of infectious diseases.

Patients with chronic diseases such as diabetes, hypertension and HIV, as well as psychiatric patients, are going without lifesaving drugs.

Survivors of sexual violence are often unable to get medical and psychological care. 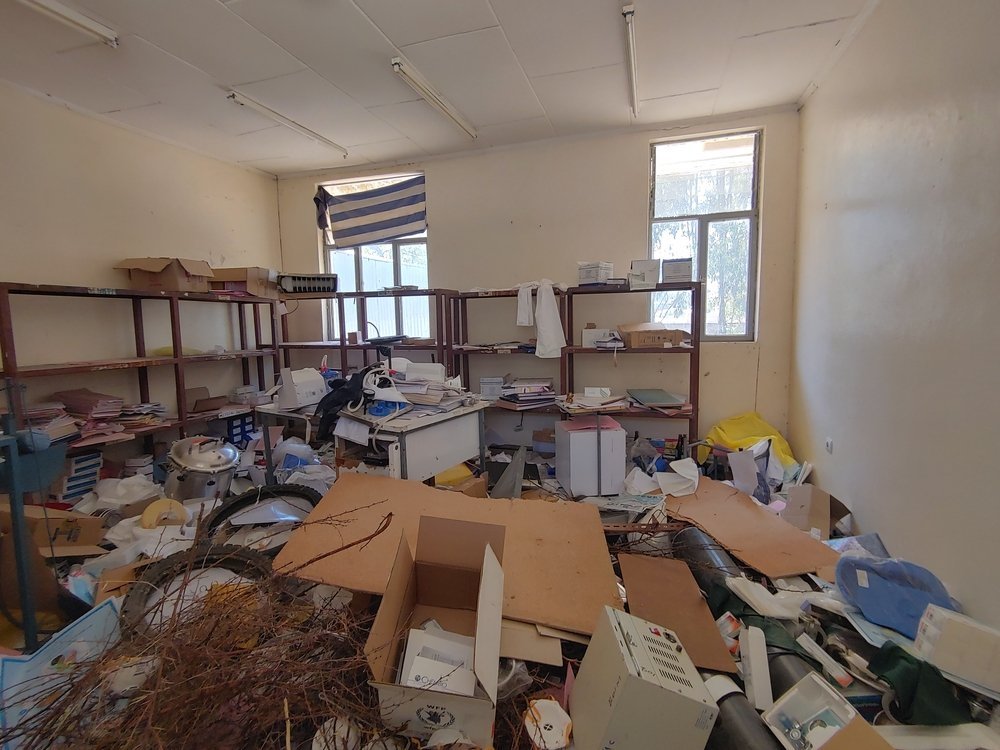 MSF
Image of the Sebeya health centre, in east Tigray, after being looted.

The health system needs to be restored as soon as possible

“Health facilities need to be rehabilitated and receive more supplies and ambulances, and staff need to receive salaries and the opportunity to work in a safe environment. Most importantly, all armed groups in this conflict need to respect and protect health facilities and medical staff,” says Behn.

MSF teams are rehabilitating a number of health facilities across the region and providing them with drugs and other medical supplies, as well as providing hands-on medical support in emergency rooms, maternity wards and outpatient departments. 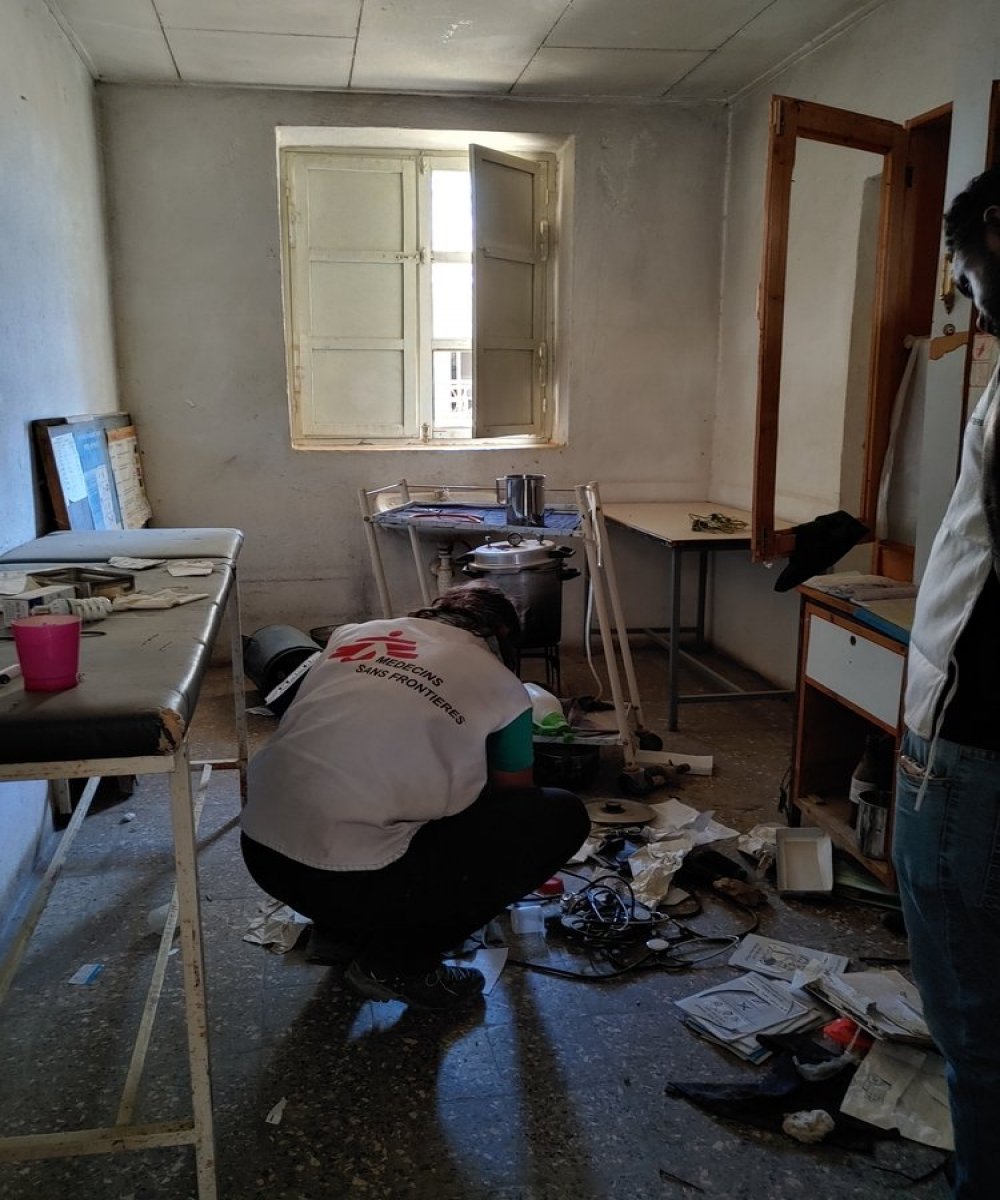 MSF
Image of the Sebeya health centre, in east Tigray, after being looted.

MSF teams are also running mobile clinics in rural towns and villages where the health system is not functioning, and in informal sites where displaced people are staying. 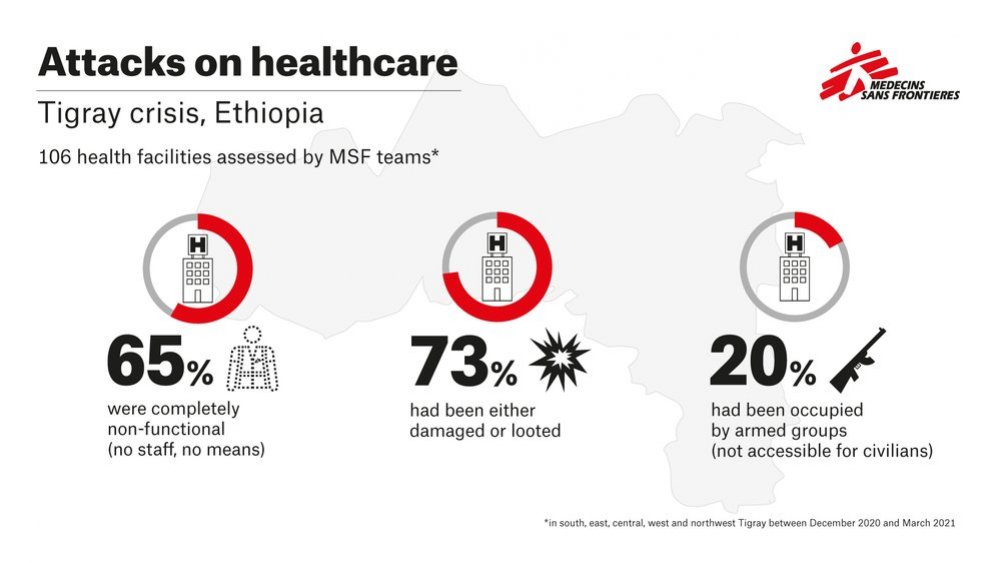 However, there are still rural areas in Tigray that neither MSF, nor any other organisation, has been able to reach; MSF can only assume that people living in these areas are also without access to healthcare.