Ethiopia: “I turned around and started running and that is when I was shot”

A number of people were killed when soldiers travelling in several vehicles opened fire near the bus station in the town of Adwa, in Ethiopia’s Tigray region, early on the morning of 12 April, according to injured patients treated by MSF. Twenty injured people were brought to Adwa’s Kidane Meheret hospital; 12 had critical injuries and were transferred to hospital in nearby Axum. Both hospitals are supported by MSF.

One of those injured was a 30-year old shoe shiner who works at Adwa’s bus station:

“When I opened my shop that morning, I heard rumours about troops coming into town. I heard this so many times before and nothing happened, so I just stayed there."

"Suddenly I saw a military truck coming very fast. A bajaj* that was coming from across the street blocked the road. Immediately the soldiers started shooting. People started shouting and running in every direction."

"I turned around and started running and that is when I was shot. I was hit three times in the back, once in my right shoulder and once in my left hand. I fell to the floor. This went on for about 10 minutes with intense shooting."

"After they left, people started to come to help and I could hear them saying that several people were dead. They helped me by putting clothes over my injuries and putting me in a bajaj that took me to Kidane Meheret hospital.”

"I was losing a lot of blood"

A 22-year old woman told MSF staff that she was injured while travelling to the market to buy tealeaves for her shop, together with another woman:

“We were both inside a bajaj heading there when we started hearing the shooting from far away. I didn’t see anything, or where it was coming from, until suddenly I was hit from behind in my right shoulder. The woman I was with got hit in her abdomen."

"I was losing a lot of blood until two men came and put some clothes over my injuries. They took me to Kidane Meheret hospital."

"I don’t know what happened to the woman who was with me – she’s not here in the hospital.” 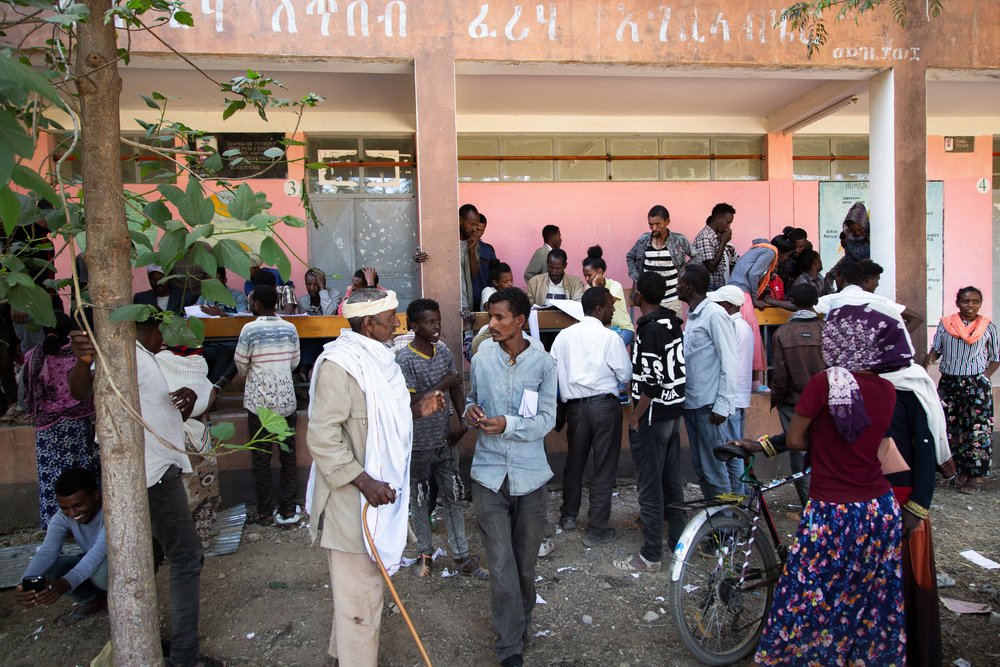 "Suddenly I got hit"

A 75-year-old man told MSF staff that he was on his way home when he heard shooting coming from the bus station, perpetrated by soldiers wearing uniforms of the Eritrean army:

“I saw three vehicles full of soldiers, around 10 of them on top, coming in my direction. It all happened so fast. Suddenly I got hit."

"Before this, it was just an ordinary morning. I pass through that area every day; there was no military presence of any kind in that area until this happened. The soldiers were shooting in all directions, at everybody who was around. I remember seeing one person who fell to the ground and didn’t move.”

The indiscriminate shooting of people, far from a frontline, at a public place of a big town like Adwa and in a busy moment of the day is shocking

“We urge all armed parties to this conflict to protect and respect people’s lives,” says Maricarmen Viñoles, the head of MSF’s emergency unit.