Ethiopia: MSF provides medical assistance to some of the most affected people in need in Tigray

These people also have very limited access to food, clean water and shelter.

Hundreds of thousands of people have been forced to leave their homes in the Tigray region of northern Ethiopia after fighting broke out in early November 2020, according to OCHA1. Some 50,000 people have crossed to Sudan as refugees, while many others are displaced within the region, staying in towns, remote areas or trapped between localised outbreaks of fighting. MSF teams have been providing medical care to some of the affected people in Tigray since mid-December. 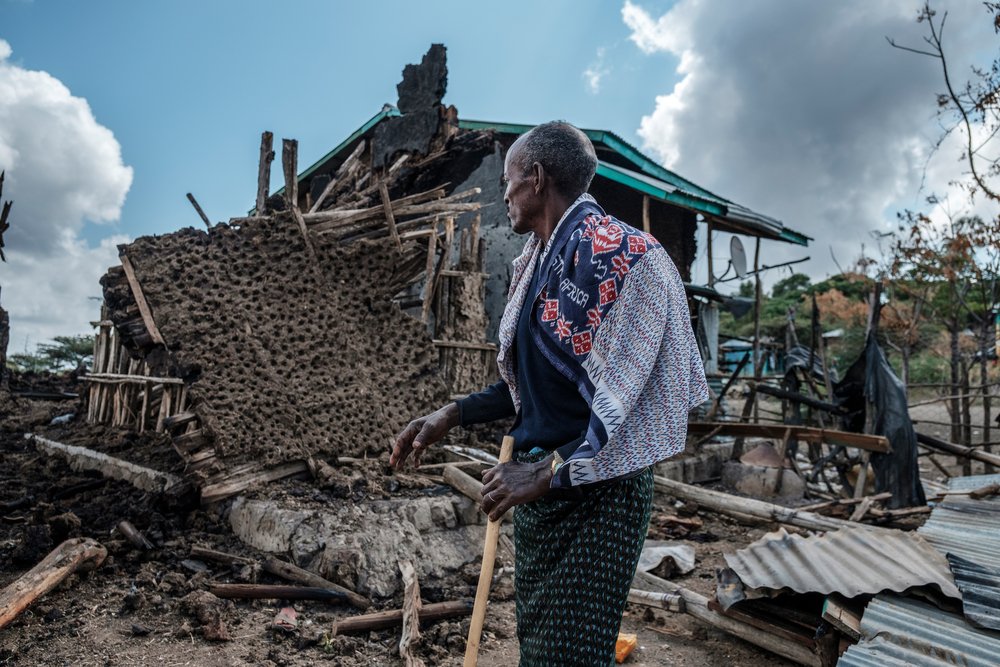 Eduardo Soteras Jalil
A man stands in front of his destroyed house in the village of Bisober, Ethiopia, on December 9, 2020.

"People are hiding in the mountains and in rural areas"

For those areas MSF teams could access, tens of thousands of displaced people are living in abandoned buildings and on construction sites in northwestern and western areas around Shire, Dansha and Humera towns, while others have found refuge in host communities in the east and south of the region.

These people have very limited access to food, clean water, shelter and healthcare. MSF teams have also heard reports that many people are still hiding in the mountains and in rural areas across the region.

"No way to contact their relatives or to buy essential items"

In some of the places visited by MSF, power lines are cut, water supplies are not functional, telecommunications networks are down, banks are closed and many people are afraid to return to their places of origin because of the ongoing insecurity.

Although aid agencies and local authorities are distributing food in some areas, they are not reaching everyone.

Often, they have no way to contact their relatives or to buy essential items for their households. Some people are also hosting family members displaced from elsewhere in the region, creating an additional burden on them. 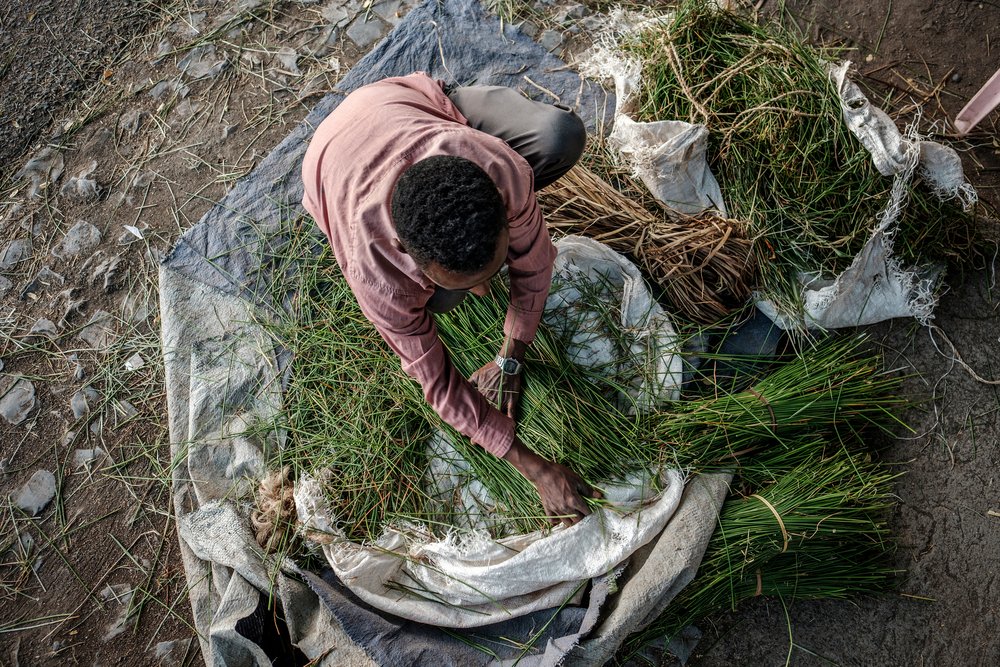 Eduardo Soteras Jalil
A man arranges packs of grass on the floor in a street in Alamata, Ethiopia, on December 8, 2020.

The fighting broke out at harvest time in a region where crops were already badly damaged by desert locusts, leaving food in short supply. Before the fighting started, nearly one million of people were already dependent on humanitarian assistance. Although aid agencies and local authorities are distributing food in some areas, they are not reaching everyone. 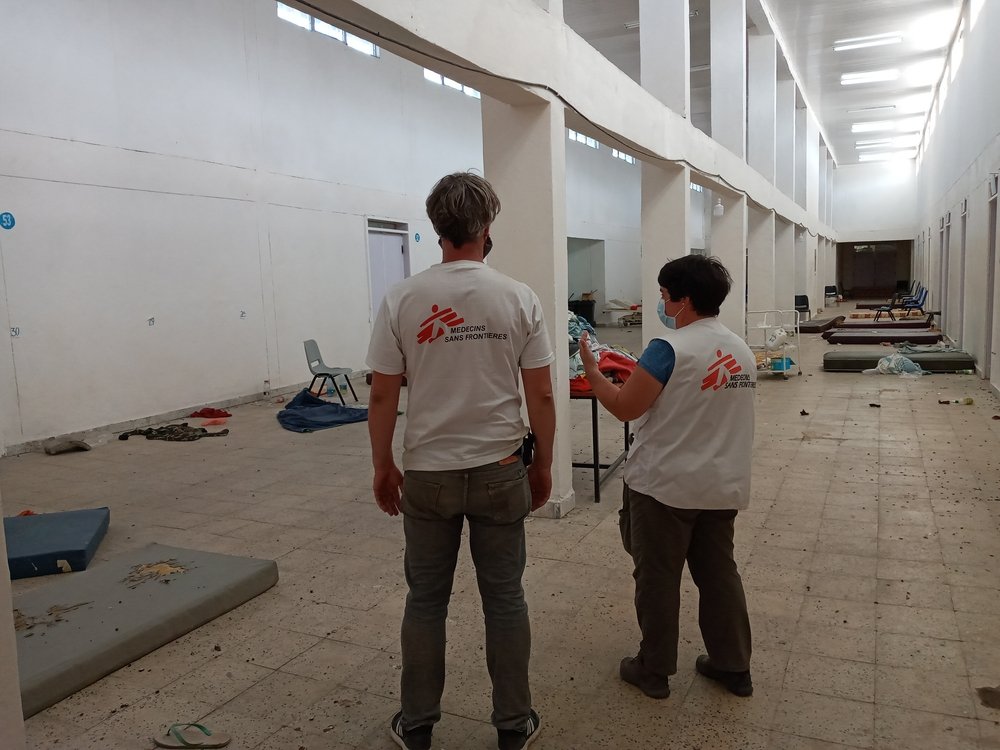 MSF
Two MSF staff inspect a room that will be converted into a hospital ward in Adigrat, in Tigray, northern Ethiopia.

"Three-four million people have no access to basic healthcare"

In eastern Tigray, MSF is supporting the hospital in Adigrat, the region’s second city. When an MSF team arrived in the city on 19 December, they found the hospital, which served a population of more than one million, had partially stopped functioning.

Given the urgency of the situation, MSF sent oxygen cylinders and food for patients and their caretakers from Mekele, 120 kilometres further south, and referred patients to Afder hospital in the region’s capital city. 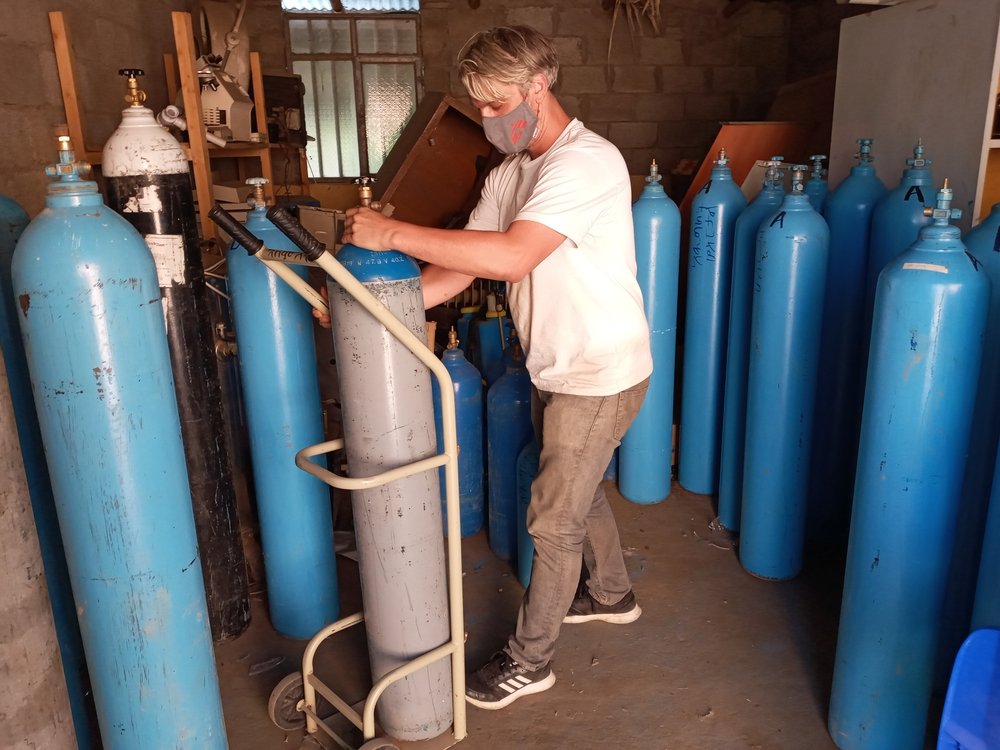 Since 23 December, MSF medical teams have been running the hospital’s emergency room, as well as the medical, surgical, pediatric and maternity wards.

They are also providing outpatient care for children under five. In total, MSF received 760 patients in the emergency room of Adigrat’s hospital from 24 December to 10 January. 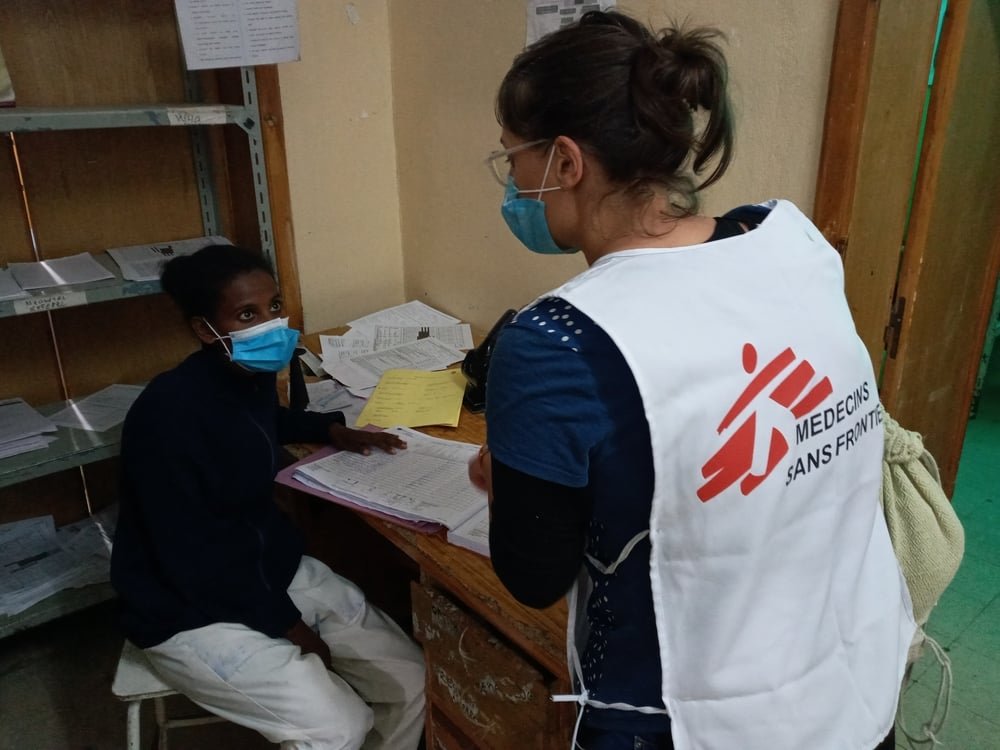 In central Tigray, as far west as the towns of Adwa, Axum and Shire, MSF teams are providing some of the displaced people with basic healthcare and supporting health facilities which lack essential supplies such as medications, oxygen and food for patients.

MSF teams estimate that between three and four million people in central Tigray have no access to basic healthcare.

"96,000 refugees were dependent on food assistance" 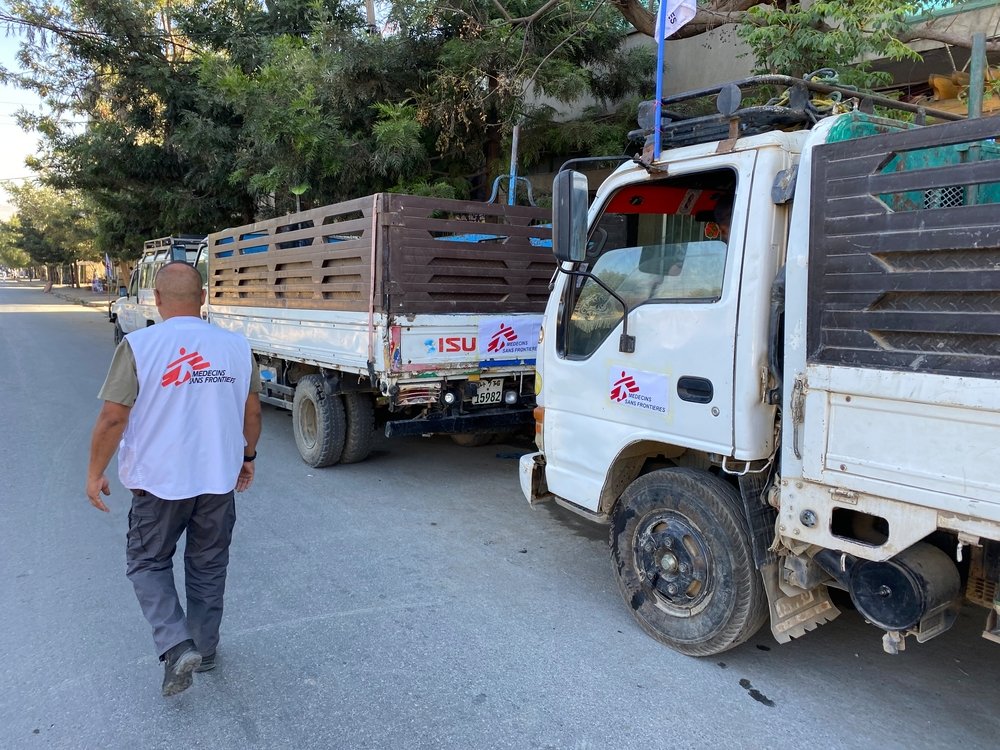 MSF
An MSF worker supervises trucks being loaded with supplies in Mekele to be sent to other parts of the Tigray region in northern Ethiopia.

Prior to the conflict, the population in Tigray was around 5.5 million, including more than 100,000 internally displaced people and 96,000 refugees who were already dependent on food assistance, according to the UN2.

As well as its activities in Tigray, MSF teams have provided healthcare to thousands of displaced people at the border of Amhara region since November. 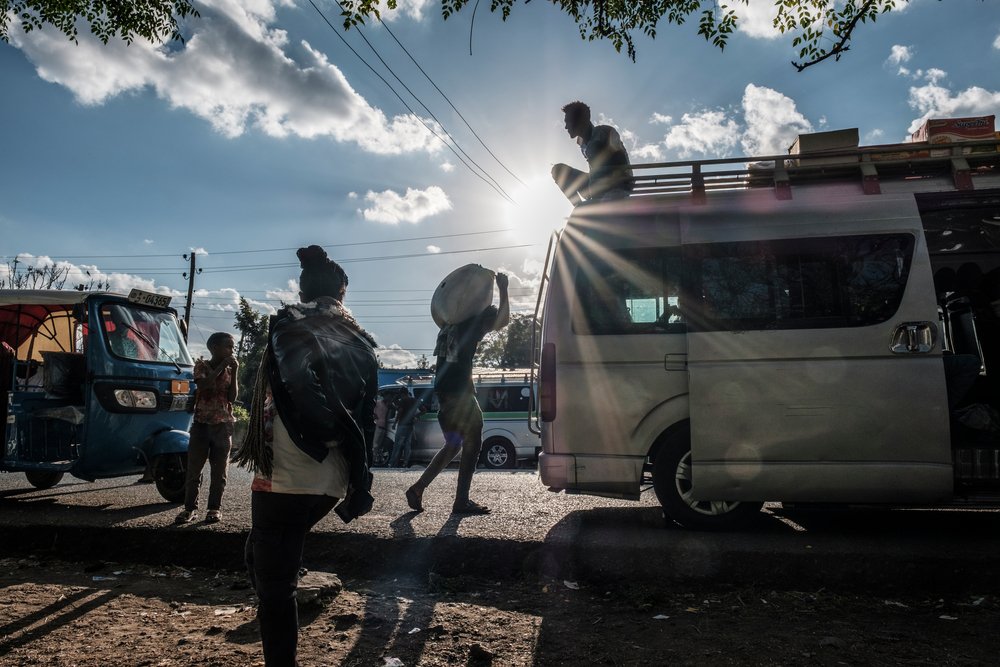 Eduardo Soteras Jalil
People stand next to a public transportation van in Alamata, Ethiopia, on December 8, 2020.

They have also supported several health facilities with medical supplies and provided nutritional and mass casualty trainings to Ministry of Health staff. MSF is also responding to the needs of Ethiopian refugees across the border in Sudan.

Help us save lives: Donate today