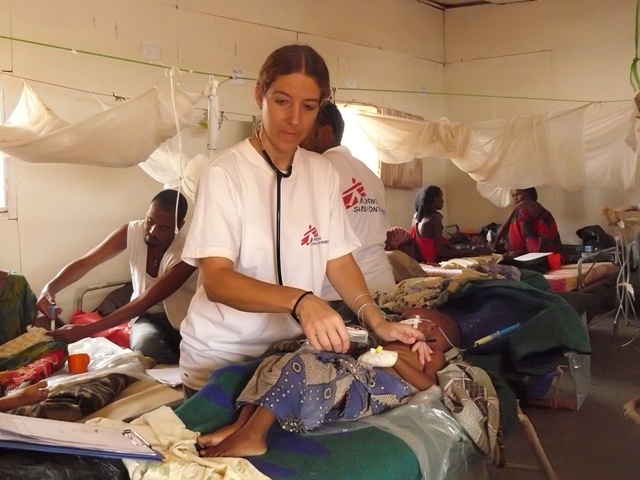 Unless the capacity to deliver aid is rapidly increased, there will be significant problems in meeting the needs of Somalis fleeing to Ethiopia, the international medical humanitarian organisation Médecins Sans Frontières/Doctors Without Borders (MSF) said today.

Malnutrition and mortality rates have only just been brought below crisis level in the refugee camps in southern Ethiopia.

The camps currently house around 130,000 refugees from Somalia, the majority fleeing the food crisis and conflict. In recent weeks the number of refugees crossing the border into Ethiopia has increased to approximately 300 per day, numbers not seen since July.

The increase in the number of refugees indicates that people in Somalia remain highly vulnerable. Nearly all refugees state that they left Somalia because of a severe lack of food combined with increased insecurity.

"We travelled by donkey cart for seven days and nights."

"I didn’t want to leave Somalia, but the hunger and the fighting made life too difficult,” said a new arrival, a 39-year-old mother. “

My husband and my mother are still in Somalia, we did not have enough money to travel, so I travelled alone with the four children.

We travelled by donkey cart for seven days and nights. Now my son is very sick, he can’t eat and every day he looks more exhausted."

MSF, in collaboration with authorities and other organisations, has assisted in the refugee camps since 2009. Since last May, MSF has dramatically scaled up its programmes to improve the situation and bring mortality rates under emergency thresholds, but the organisation warns that the emergency is far from over.

“We should be expecting thousands more to come across the border over the next weeks,” added Mr. Asztabski. “The reception centre and the transit camp, where people stay until they are settled in one of the refugee camps, are rapidly filling up.”

The transit camp currently hosts over 6000 people, a number that is expected to rise by thousands per week over the next weeks. “There are not enough latrines, nor enough shelter or drinking water. More capacity is needed here on the ground, and very quickly too,” added Mr. Asztabski.

The existing refugee camps where people are referred to after the transit centre are currently full, and the reception centre and transit camp are not equipped to receive people for prolonged stays. MSF warns that insufficient levels of shelter, water and sanitation will further weaken an already vulnerable population.

This place is making us ill,” stated another refugee in the transit camp. “

We have been here for 14 days, and here it is safe, but we have no place to sleep. The tents are overcrowded. Children and women are weaker than men, so they become ill here.”

MSF is ready to provide life-saving assistance for a prolonged period, and is calling for the Ethiopian authorities to continue facilitating the necessary imports of medicines and materials, while allowing experienced international staff to provide the necessary support.

Increased capacity by other agencies is also urgently needed. A new camp is scheduled to be completed and opened in a few weeks’ time. Under the circumstances, MSF calls for greater effort to make this camp ready earlier to lessen the burden on the transit camp as soon as possible.

The drought affecting the region has had a dramatic impact on the people of Somalia, who are already suffering from 20 years of conflict, a desperate lack of development and the most basic services. MSF has been working uninterrupted in Somalia since 1991 and teams assist people inside Somalia as well as Somali refugees in Ethiopia and Kenya. MSF is currently treating more than 22,000 vulnerable children in its nutrition programmes. Despite significant challenges, MSF teams have to date vaccinated more than 126,000 people against measles.