Ethiopia: Update on the humanitarian situation and MSF response in Tigray

March 1st 2021: Hundreds of thousands of people have been forced to leave their homes in the Tigray region of northern Ethiopia after fighting broke out in early November, 2020, according to UN agency OCHA.

As of mid-February 2021, more than 60,000 people have crossed to Sudan as refugees, while many others are displaced within the Tigray region, staying in towns, remote areas or trapped between localised outbreaks of fighting. 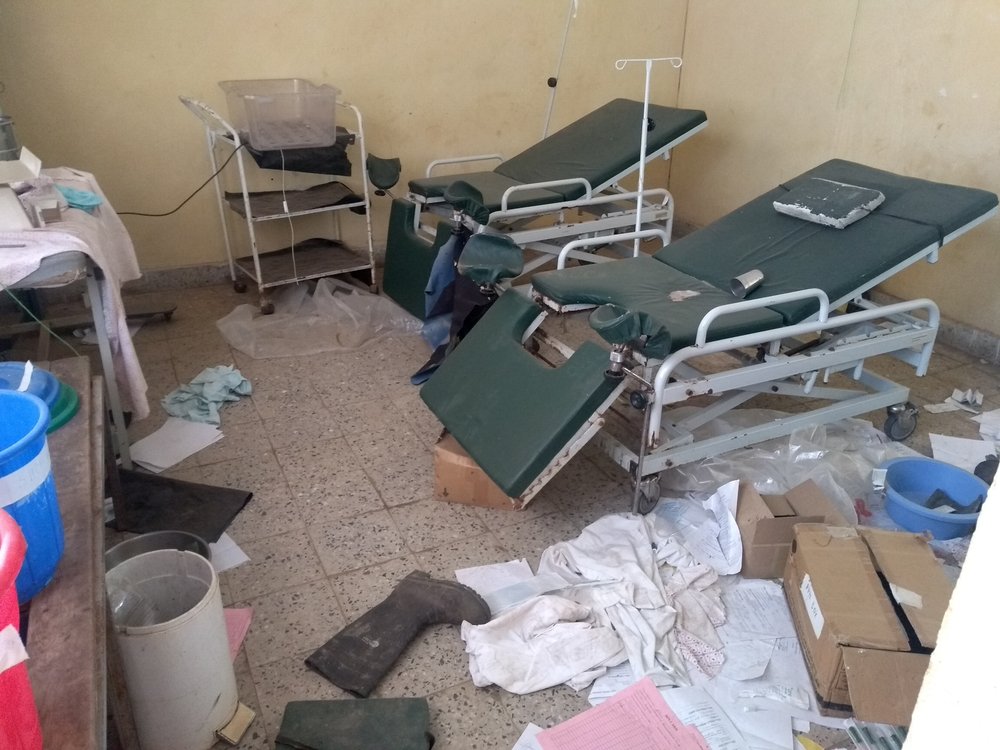 MSF
Many health facilities in North-western Tigray haven been looted and vandalized, like this clinic in Debre Abay. As a result many people did not have access to lifesaving healthcare for more than three months.

For those areas MSF teams could access, tens of thousands of displaced people are living in abandoned buildings and on construction sites in northwestern and western areas around Shire, Dansha and Humera towns, while others have found refuge in host communities in the east and south of the region.

Both host communities and displaced people have very limited access to food, clean water, shelter and healthcare. In several areas our teams visited, health centres have been destroyed and looted and there is a severe lack of staff and medical supply. 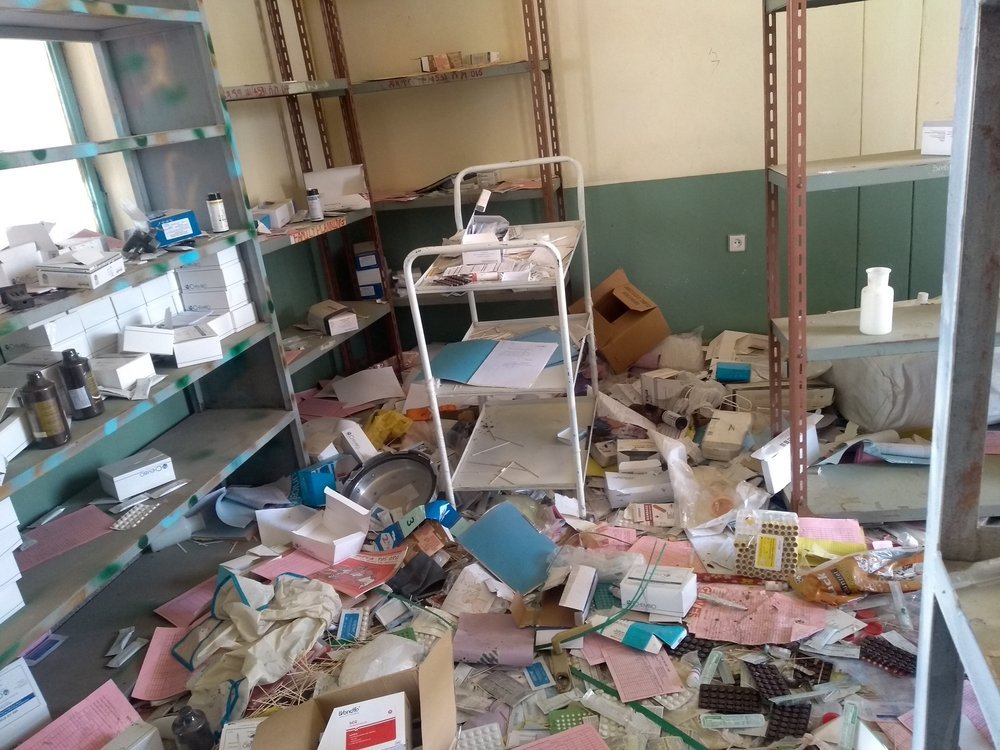 MSF
Many health facilities in North-western Tigray haven been looted and vandalized, like this clinic in Debre Abay. MSF is setting up mobile clinics to provide basic health services.

MSF teams have also heard reports that many people are still hiding in the mountains and in rural areas across the region. Although access has now been granted to some humanitarian organisations, there is still only a marginal scale up of humanitarian aid.

In some of the places visited by MSF, power lines are cut, water supplies are not functional, telecommunications networks are down, banks are closed, and many people are afraid to return to their places of origin because of the ongoing insecurity. Even when services like electricity return to some places they fail again recurrently.

Often, they have no way to contact their relatives or to buy essential items for their households. Some people are also hosting family members displaced from elsewhere in the region, creating an additional burden on them. 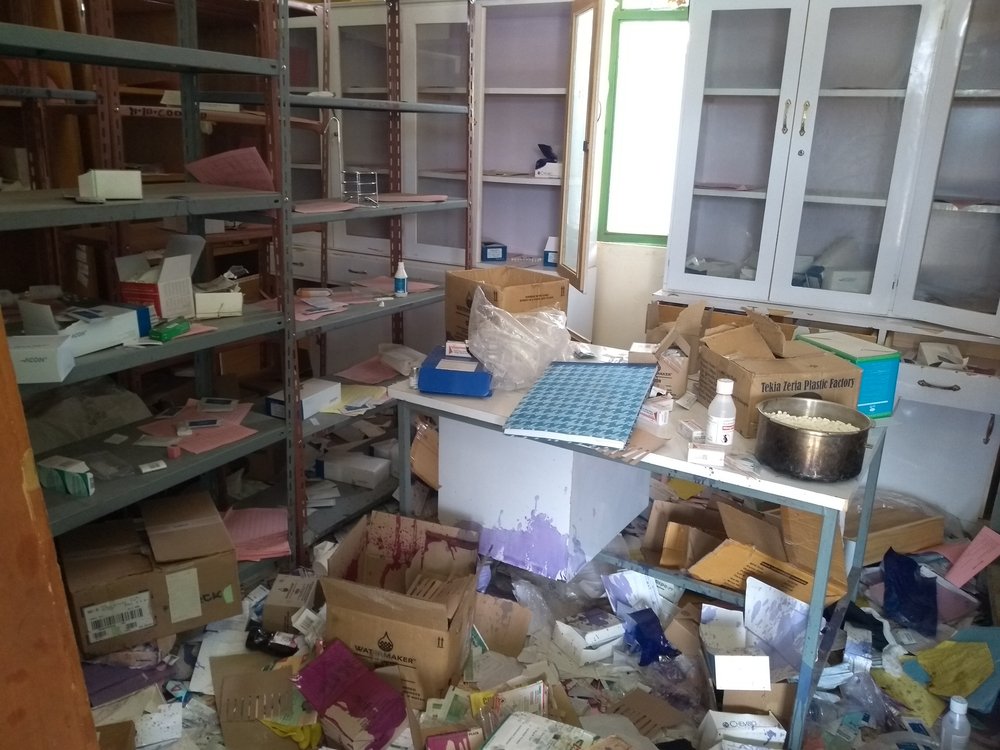 MSF
The health centre in Zana has been vandalized and drugs and medical equipment smashed and destroyed. Subsequently the clinic has been closed and MSF is the only actor providing health care in the village with mobile clinic teams.

The fighting also broke out at harvest time in a region where crops were already badly damaged by desert locusts, leaving food in short supply.

Before the fighting started, nearly one million of people were already dependent on food assistance. Although aid agencies and local authorities are distributing food in some areas, there are concerns about the current targeting of aid and that supplies are not reaching the most vulnerable. 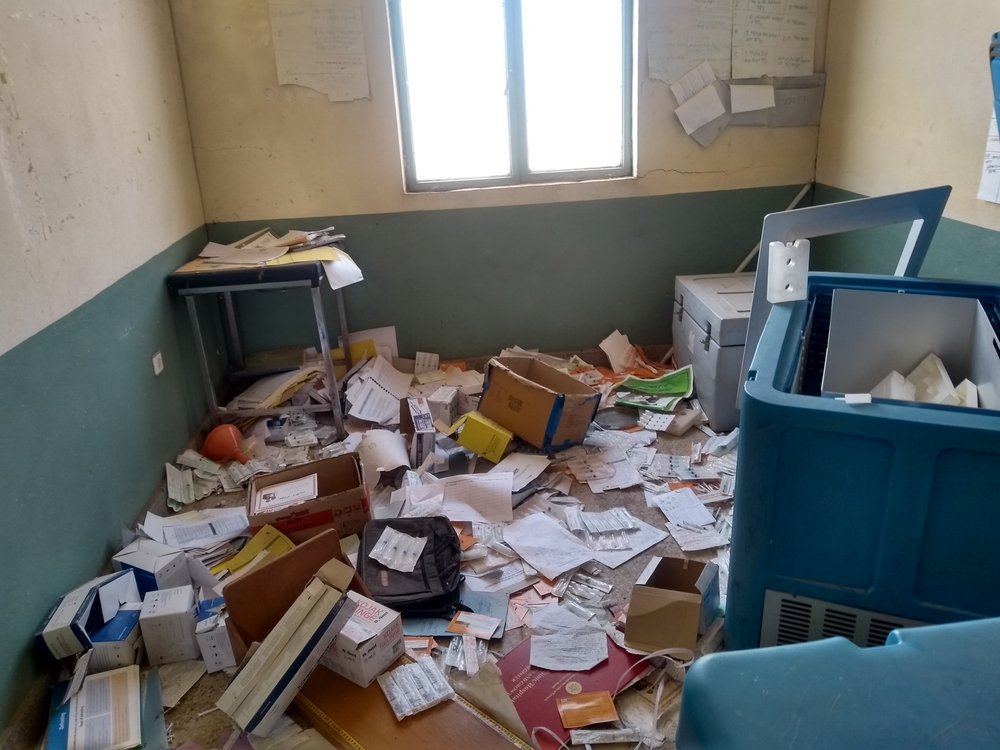 MSF
Many health facilities in North-western Tigray haven been looted and vandalized, like this clinic in Debre Abay. MSF is setting up mobile clinics to provide basic health services.

MSF remains concerned about the ability of people in need to receive lifesaving medical care and humanitarian assistance. WHO estimates that only 22 per cent of health facilities are functional and that 78 per cent of the hospitals in the region are not accessible.

Prior to the crisis, Tigray had some of the best health indicators in the country. The population in Tigray was around 5.5 million before the fighting, including more than 100,000 internally displaced people and 96,000 refugees who were already dependent on food assistance, according to the UN.

Since mid-December 2020, MSF teams have been providing medical care to some of the most affected people in need in the areas we’ve been able to access inside Tigray: 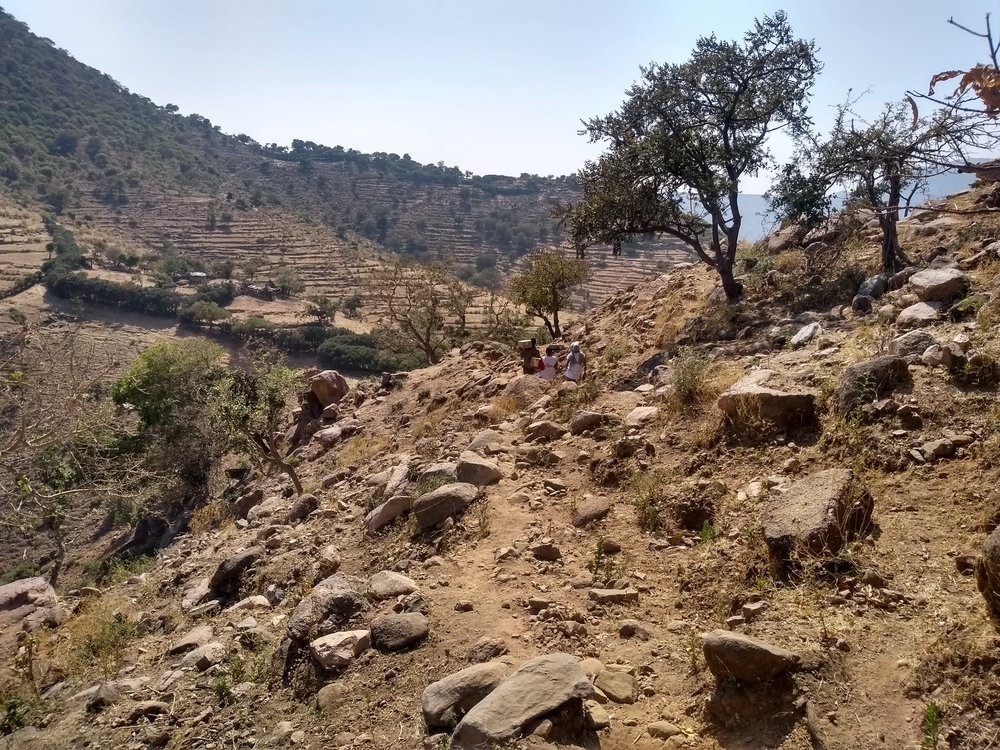 MSF
From Kalakil on the way to Tseda Emba. When it is impossible to reach certain locations with a car, the MSF teams carry medicines on their backs to ensure basic healthcare services for displaced people in remote locations in Tigray.

In total, MSF received 2,212 patients in the emergency room of Adigrat’s hospital, assisted  486 deliveries (including 56 caesarean sections), and admitted 119 patients in the surgical  ward, 86 in the paediatric ward from 24 December to mid-February.

At least 1,907 medical consultations have been carried out through mobile clinics in the  peripheral areas of Adigrat until mid-February.

In the town of Abyi Addi, west of Mekele a team is supporting the health centre. The emergency room, outpatient departments and other basic services have been restored and are back to being fully functional.

In the past weeks intense combats and bombardments in the areas near the town. The team received, treated and referred some patients with injuries from the fighting to Mekele Hospital. A team first went in early January and since beginning of February we have a team fully based in town.

In the towns of Mai Kadra, and Humera, as well as in Abdurafi in Amhara region on the border with Tigray, MSF provided support to some health centres and has been assisting around 2,000 internally displaced people by providing medical services, supplying water, sanitation and hygiene products, and constructing emergency latrines after the fighting started. Most of the internally displaced people are no longer there. 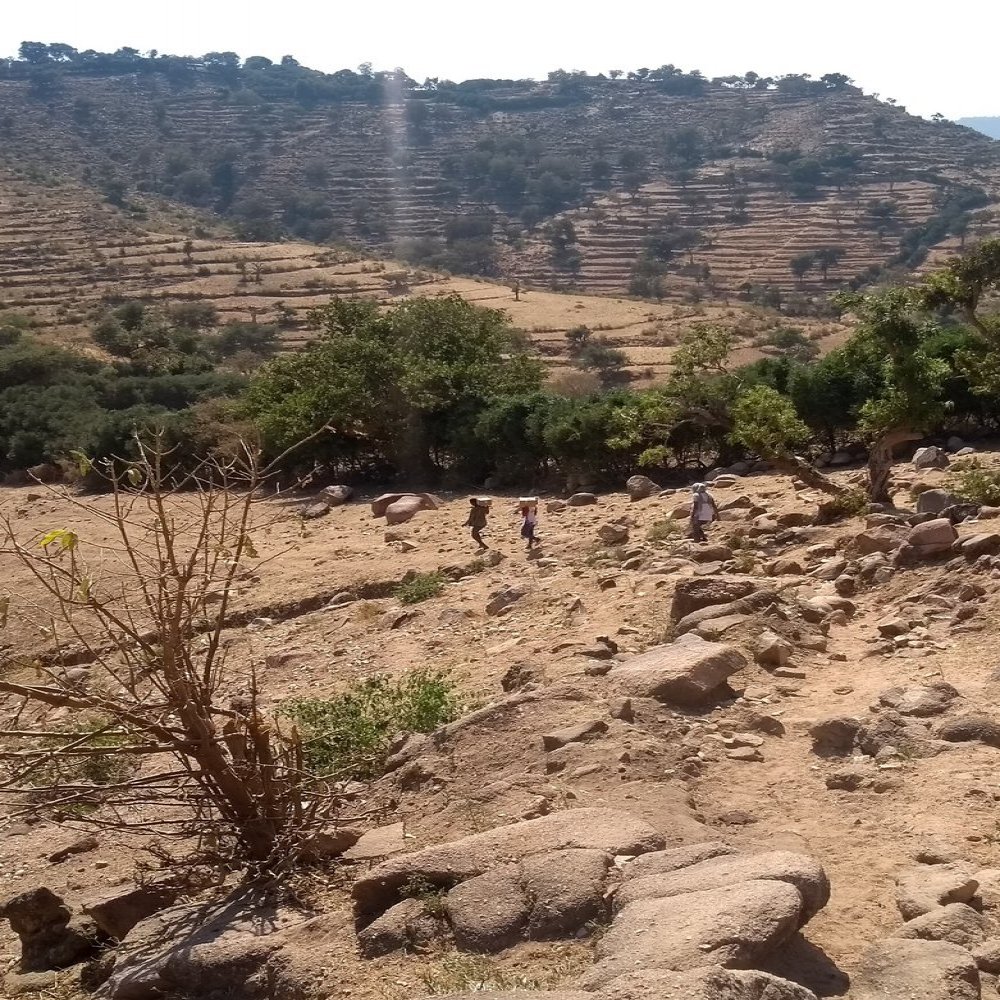 MSF
From Kalakil on the way to Tseda Emba. When it is impossible to reach certain locations with a car, the MSF teams carry medicines on their backs to ensure basic healthcare services for displaced people in remote locations in Tigray.
We continue supporting the remaining IDPs in Abdurafi and other places and are conducting mobile clinics, water and sanitation activities, as well as giving donations to health centers in the triangle between Humera, Dansha and Abdurafi.