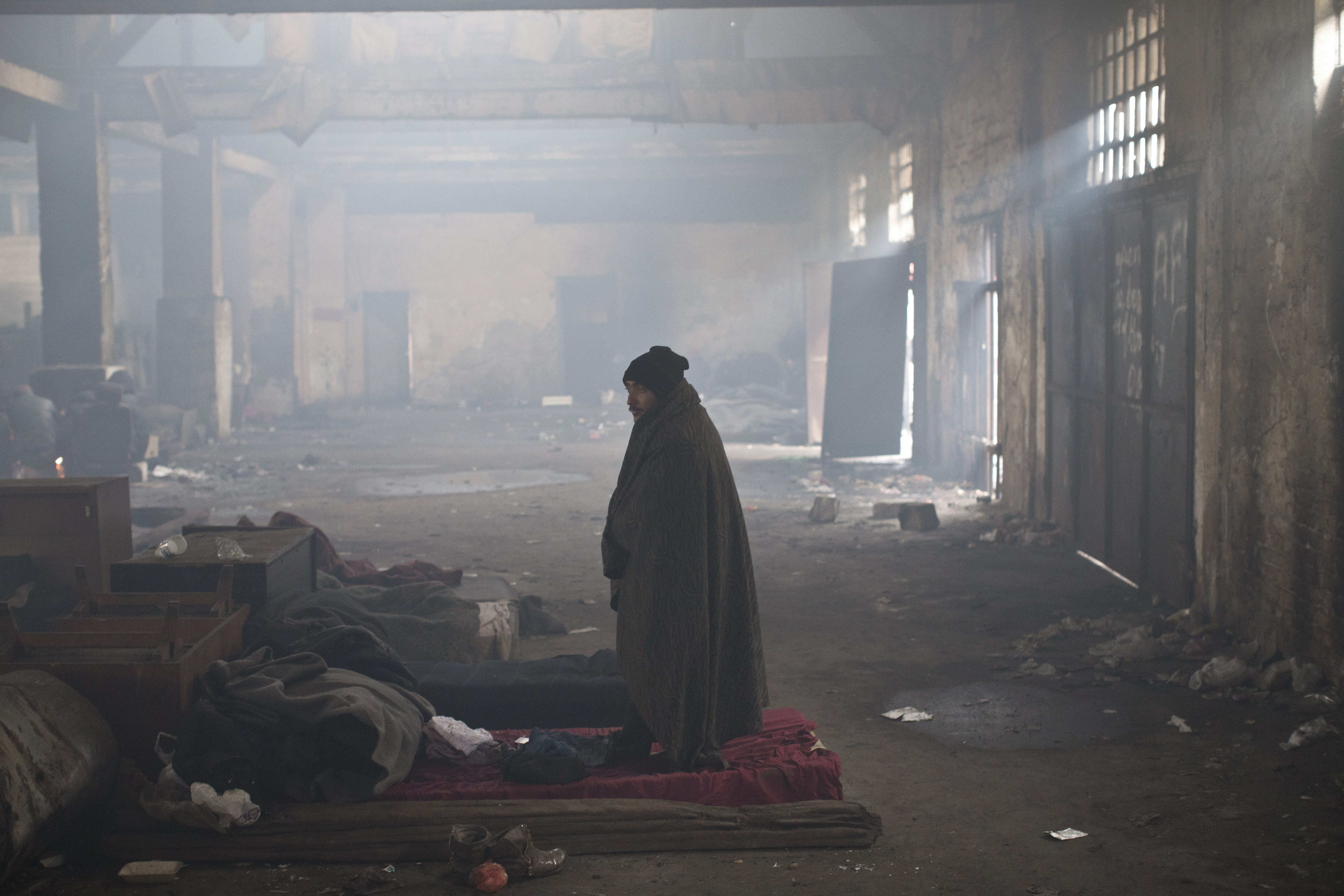 After being frozen out by European migration policies, thousands of migrants and refugees now find themselves trapped in freezing conditions, in shelters that are ill adapted to winter in Greece and the Balkans.

The cynical neglect of European States' policies, compounded by icy temperatures and a lack of preparation for winter, have worsened an already unbearable situation for thousands of men, women and children seeking protection in Europe.

The situation is particularly concerning for those stuck on the Greek islands, living in tents in overcrowded camps and for those stranded in abandoned buildings in Belgrade or still trying to cross the Balkan borders.

Médecins Sans Frontières/Doctors Without Borders (MSF) has repeatedly called on the authorities in Greece and the Balkans to improve conditions in time for winter.

"We are witnessing the most cruel and inhumane consequences of European policies, used as a tool to deter and victimise those who are only seeking safety and protection in Europe.”
STEFANO ARGENZIANO MSF OPERATIONS COORDINATOR ON MIGRATION

“With the EU/Turkey deal and the official closure of the Balkan road, the EU has decided to turn the entire region into its own gatekeeper," declares Stefano Argenziano, MSF’s operations coordinator on migration. "This is in a bid to stem the flow of those seeking protection from some of today’s most active warzones.

“Today, people are severely lacking appropriate assistance and this is putting their lives in danger.

"We are witnessing the most cruel and inhumane consequences of European policies, used as a tool to deter and victimise those who are only seeking safety and protection in Europe”. 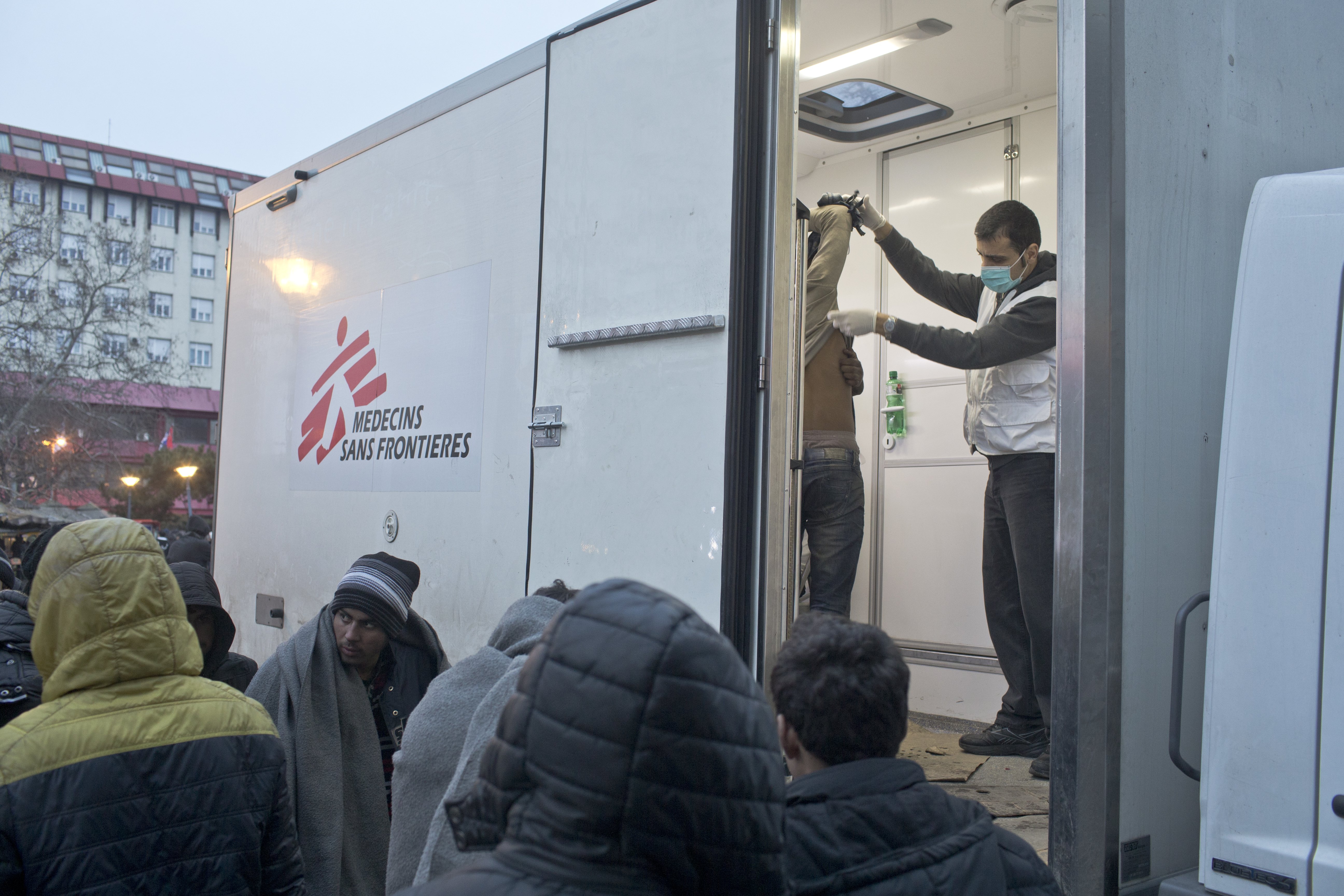 More than 7,500 people are currently stranded in Serbia, living in overcrowded camps and informal settlements.

The country has agreed with the EU to host up to 6,000 people, of whom only 3,140 live in facilities adapted to winter.

In Belgrade, around 2,000 young people, mainly from Afghanistan, Pakistan, Iraq and Syria are currently sleeping in abandoned buildings in the city centre, whilst temperatures plummet to as low as minus 20. 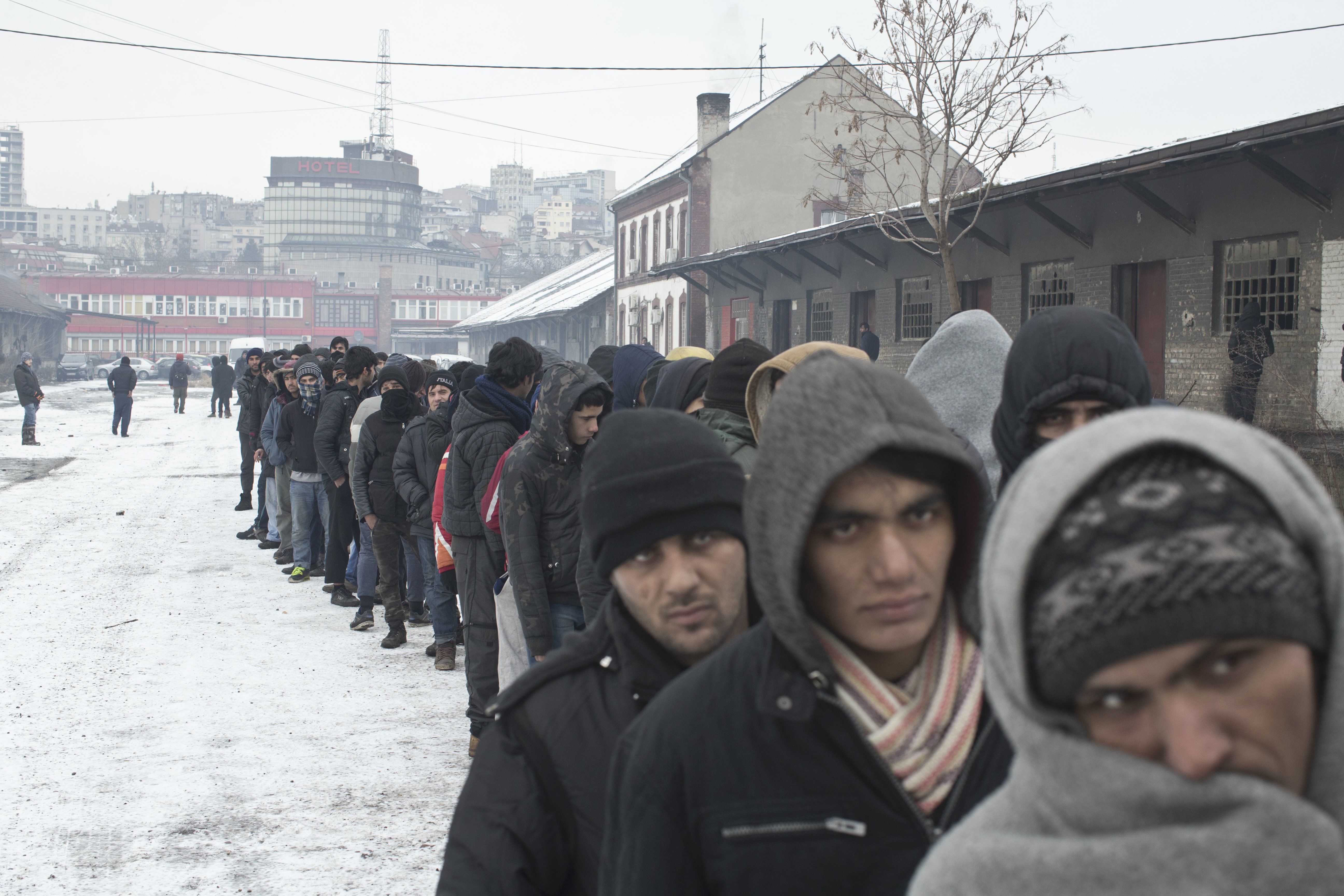 In recent months, Serbian authorities have severely restricted the provision of humanitarian assistance to these people, only tolerating volunteers doing a basic distribution of blankets and food.

“For months, the strategy has been to block humanitarian aid to push these people into official camps," declares Stephane Moissaing, MSF’s Head of Mission in Serbia. "But the camps are full and already stretched beyond their capacities.

"Thus, today migrants are left with no option other than to sleep in abandoned, open buildings in freezing temperatures,”

We have installed some emergency space heaters as a desperate measure to try to protect people.

We are also currently negotiating with authorities to further increase the shelter capacity. 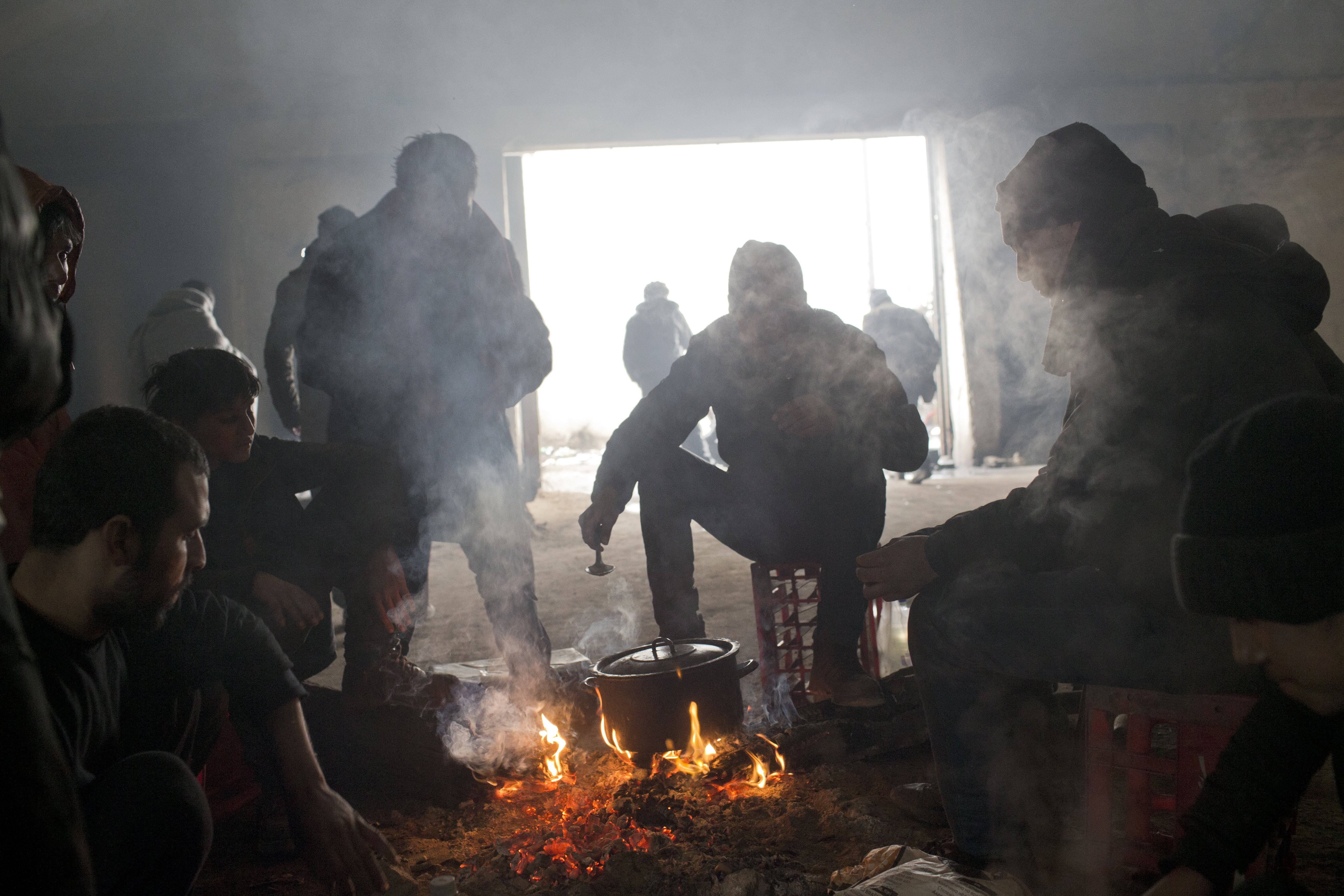 “For months we have called on EU, UNHCR and Serbian authorities to put in place long-term solutions to avoid this catastrophic situation," continues Moissaing. "The collective failure of these institutions has left even the most basic needs uncovered, exposing already vulnerable people to even more suffering.

"Several people have already died of hypothermia at the borders of Serbia and Bulgaria.

"We cannot simply sit and update the number of those who die during the dangerous border crossings, or fall victim to violence since the closure of the Balkan road.”

Greece: Thousands blocked on islands under snow and freezing rain

The situation is no better on the Greek islands where thousands of people are still stuck in overcrowded camps, living in flimsy tents in sub-zero temperatures.

“These families abandoned under the snow and freezing rain, are paying the price of European cynicism and of its reprehensible deal with Turkey,” says MSF Head of Mission in Greece, Clement Perrin.

“It is outrageous to see that despite all European promises and announcements, men, women and children are living in tents under freezing rain.

"We call on Greek authorities and the EU for immediate emergency measures, to ensure that all refugees and migrants on the islands are housed in dignified, adequate living conditions”.

The overcrowding and severe lack of winter preparedness is creating dangerous health and safety risks for the people living in Greece.

In recent months, the majority of people our psychologists in Samos and Lesvos have seen for mental health consultations cite poor living conditions as being either the cause of or an exacerbating factor in their psychological difficulties.

“Greek authorities must stop congratulating themselves on humanitarian achievements while thousands of people are left to suffer in harsh winter elements as they wait for their asylum claims to be processed," concludes Perrin.

"No person seeking protection, fleeing war, torture and extreme violence should be left out in the cold."

fiND out more about the EUROPEAN MIGRATION CRISIS