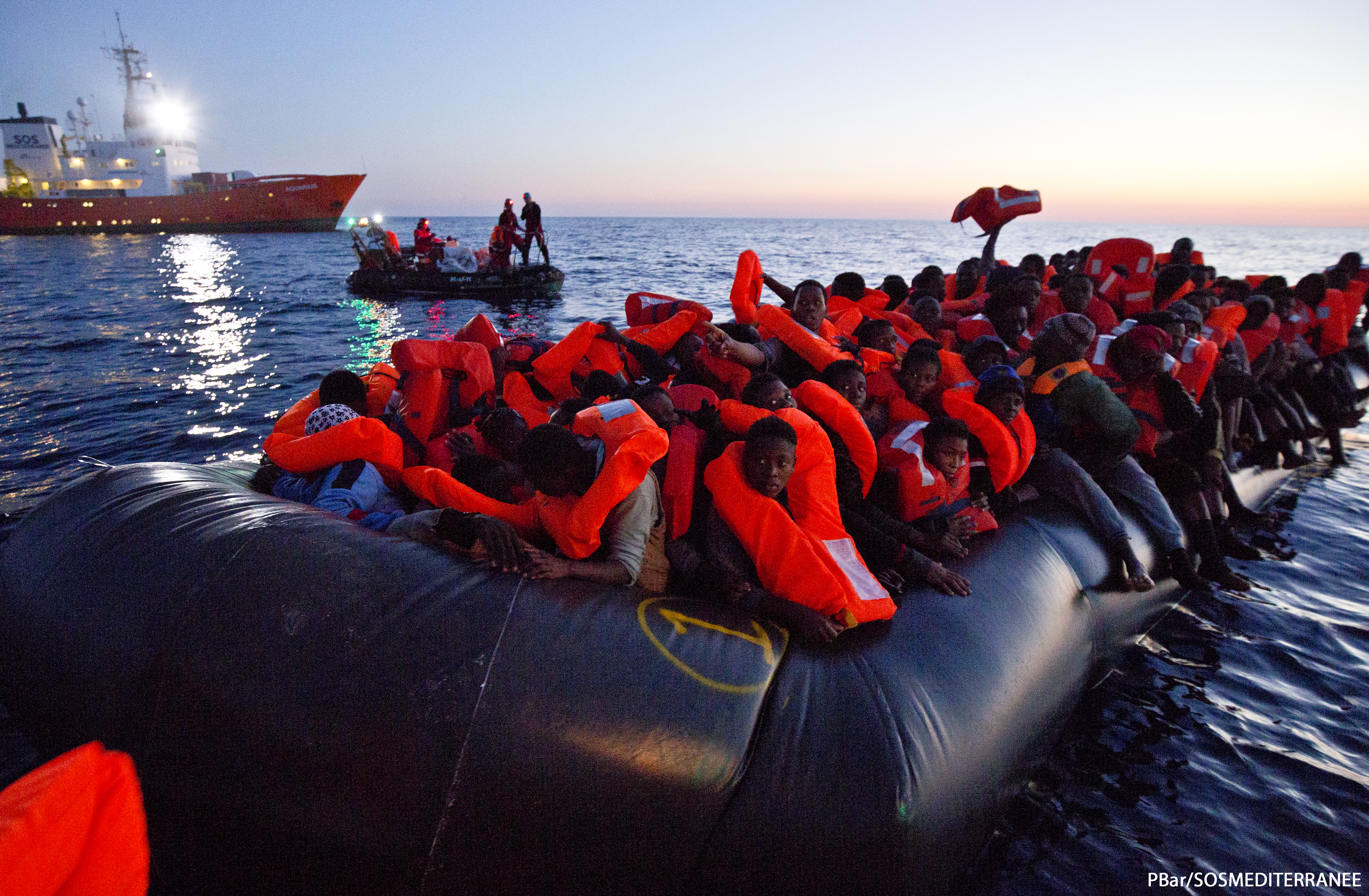 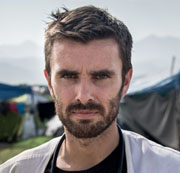 "Every day Libya haemorrhages people to the bottom of the sea"

Dr Conor Kenny from Sligo is currently on board the search and rescue ship Aquarius in the Mediterranean Sea. He describes how people continue to attempt to cross the sea in leaky, overcrowded boats for Europe.

The face of the dead woman was uncovered from beneath the soft orange blanket we had wrapped her in. Immediately I froze. It was no longer the image of the young woman’s face. The events of last Saturday night which I had blocked from my mind shot into my conscious.

A rubber boat bobbing in the rough sea

I am part of the Médecins Sans Frontières (MSF) medical team on the MV Aquarius in the search and rescue zone, located in international waters around 12 nautical miles off the coast of Libya. On the boat, we work with SOS Mediterranee who physically rescue people in distress using two high-speed boats or ‘RHIBS’.

That Saturday night, we had been directed to a position around midnight as a boat full of people had been spotted. By 2.30am three more boats, each with around 120 people on board, lay stricken in the water. Minutes later our rescue crew asked me to assist in prioritising cases on board a rubber boat in particular distress. 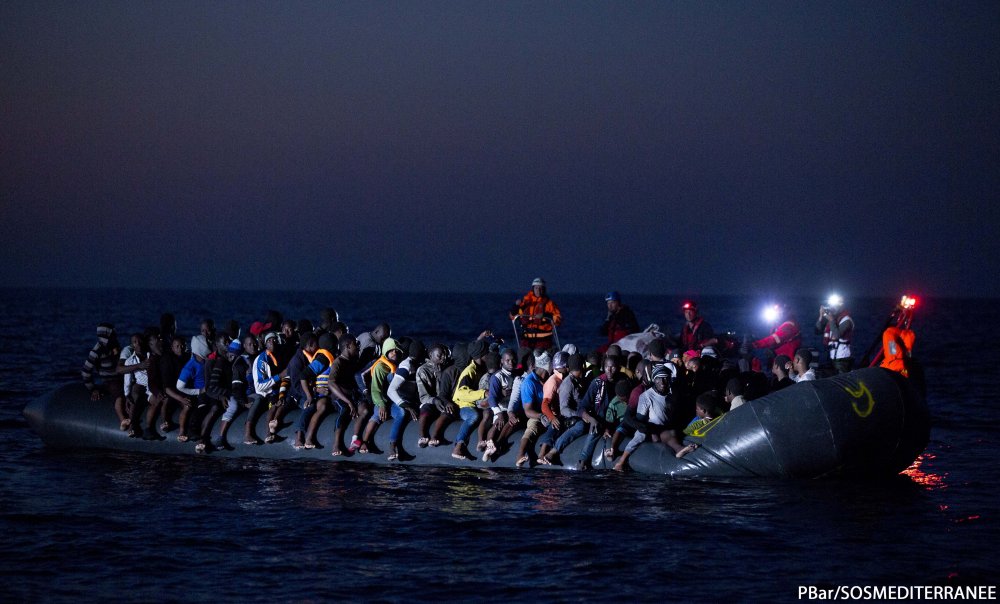 Through the wide bright beam directed from the Aquarius situated 400 metres in the distance, I could observe the grey rubber boat bobbing in the rough sea, full beyond capacity. People now leaning over the port side. It was deflating at a rapid rate.

They were cleary scared, screaming loudly. Many were crying - begging for mercy with the palm of their hands gathered together and fingers pointing to the sky.
Dr conor kennyMedical doctor,  mediterranean sea

I could have justified prioritising any one of these 120 plus people screaming at us. But I know there are people on the floor of this rubber boat, most likely women and children, who have the potential to get asphyxiated inside the fuel soaked water if mass panic ensues.

As the rescue team calmed the people on board two of the sickest, were carefully brought forward by the crowd - sudden movements in precarious situations like this can lead to the death of everyone on board. As we sped back to the Aquarius, I could see the deck crew waving their hands. When we got closer I could hear “doctor, medical emergency on back deck you need to get off the life boat”.

With incredibly unfortunate timing, I later realised that whilst we had conducted our rescue of the two men, an unconscious woman was simultaneously brought aboard the deck by our second RHIB. 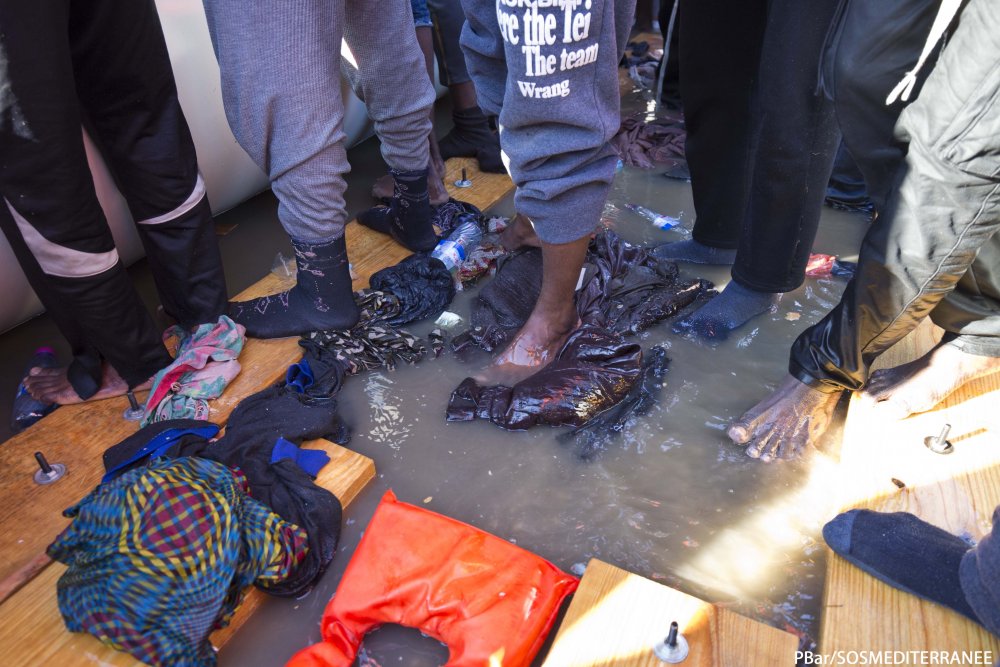 Bottom of rubber craft mixed with water and corrosive fuel.

I could see four of the team doing CPR under the bright lights of the floodlit back deck. Round after round after round we continued. The toxic smell of the gasoline fumes emerged from the patient. Five of us continued to fight.

As time went by, it was becoming clear our attempt to resuscitate her became more and more futile. I began to feel incredibly frustrated.
Dr conor kennyMedical doctor,  mediterranean sea

Here modern medicine reaches its limitations. The deck of the ship was becoming crowded, more and more sick people were climbing on board. Dehydration, hypothermia, fuel burns, exhaustion, more stretchers being requested.

The team agreed we would stop CPR on the next round if we remained unsuccessful. 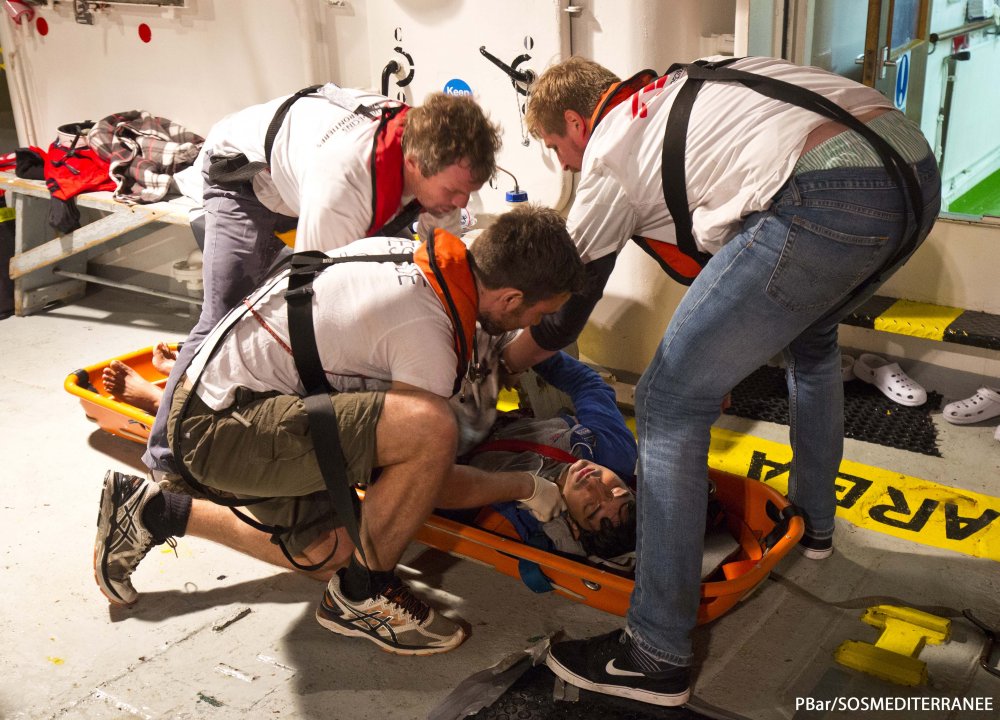 As we discontinued CPR I felt a certain sense of relief. The trauma I was inflicting through chest compressions on this young woman had ceased. Maybe now in a better place I thought, amidst the misery she had left in the middle of this Mediterranean graveyard.

The skin on the right side of her face had dissolved in the fuel. We had noted during the arrest that this burn extended the length of her thorax or chest. Clearly, she had been face down in the fuel lining the base of the rubber boat. A horrific way to drown.

Lights of the Aquarius

Members of the woman’s travelling party had been located - the victim’s brother and his wife. I found a safe space to break the bad news. Through the cultural mediator, I explained that we had tried everything. The young man and women followed me to her body. As I showed them the young woman’s face they immediately broke down.

With time her brother opened up. He said several hours after they had left Libya on the boat she had seen the lights of the Aquarius in the distance at around 2 am. I began to feel sad - it was just 35 minutes later that we were performing CPR on her. 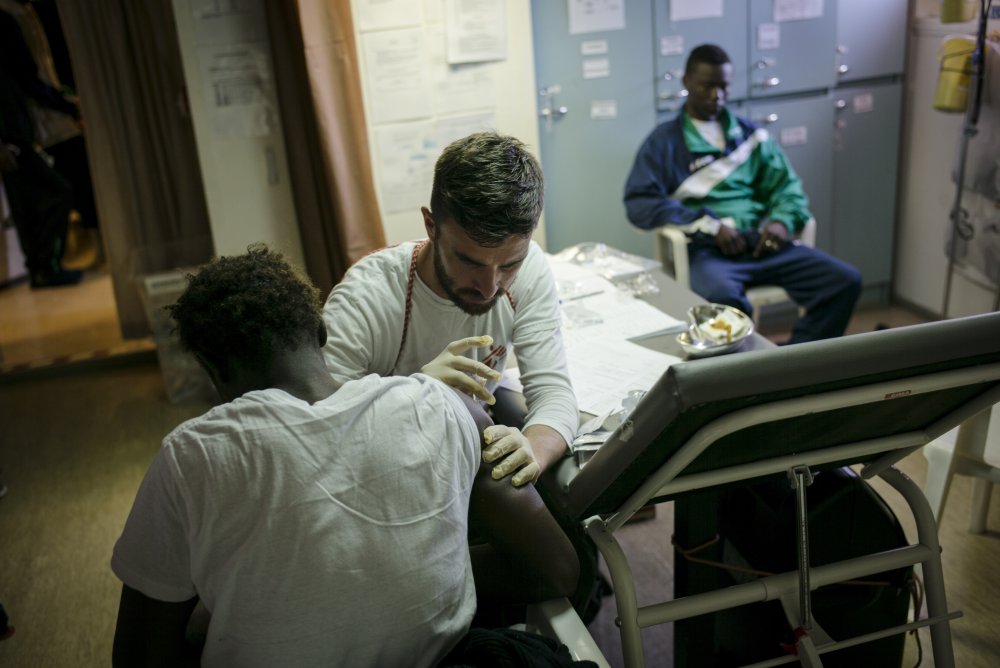 Conor Kenny treating a patient on board the Aquarius.

Bottom of the sea

More and more I have realised time rather than any amount of medical intervention plays the most significant role in life or death here.
Dr conor kennyMedical doctor,  mediterranean sea

Nine boys, we rescued 20 days ago with moderate hypothermia would be dead had we found them two hours later. This woman would be alive had we found her one hour earlier. We are the soft bandage when a stiff tourniquet is needed.

MORE ON SEARCH AND RESCUE >