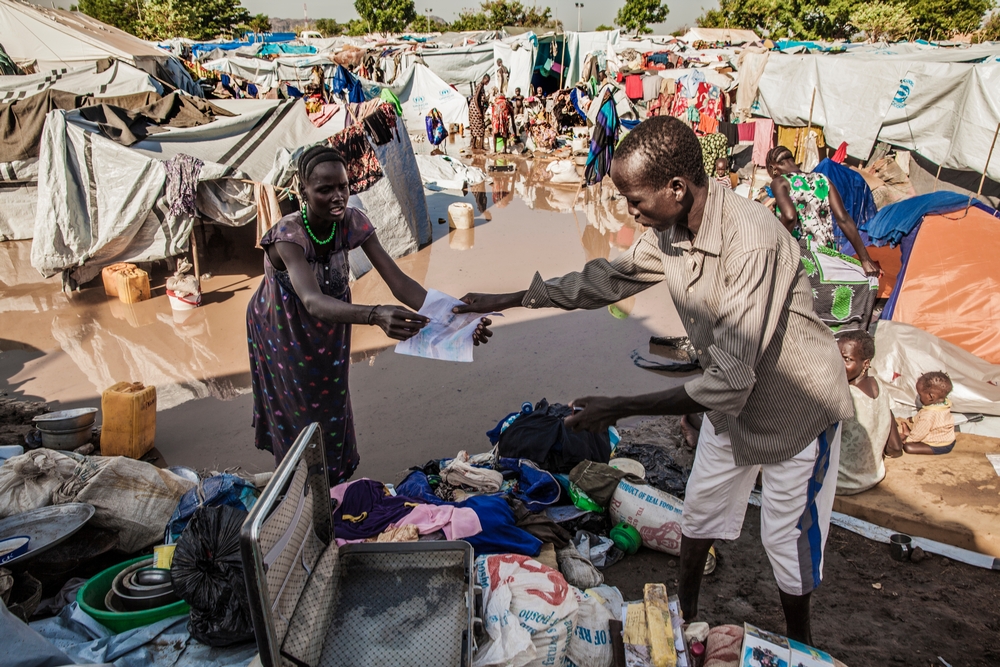 For the first time since World War II, the number of people forced from their homes has crossed the 50 million mark, according to the UN Refugee Agency.

This includes many of those whom Médecins Sans Frontières/Doctors Without Borders (MSF) provides with aid, whether they are staying in a tent in a refugee camp, sheltering in a half-finished building, or sleeping out in the bush.

Exodus focuses on the Syrian war, which has seen three million people flee the country; on the conflict in South Sudan, with its disastrous effects on communities already suffering a humanitarian crisis; and on the Central Americans crossing Mexico to escape violent gang culture for the US, but finding their journeys beset by further violence.

Anna Surinyach/MSF
A camp for internally displaced people in northern Syria, near the Turkish border. Thousands of people wait here to cross the border and take refuge in Turkey.

More than three million people have been made refugees due to the conflict in Syria. This exodus of people happening in the heart of the Middle East has been a challenge for Syria’s neighbours. Lebanon, Jordan, Turkey, Iraq and to a lesser extent Egypt are the main countries hosting refugees from Syria.

We follow the stories of Salweh, Ahmed and Hassan, and chart the evolution of the ongoing conflict and how it has shaped their future.

Anna Surinyach/MSF
“When I saw the burnt houses, I told my people, 'there's nothing left, we have to leave’,” says Anthilio Akon, the leader of a community that fled from violence in the Kiir River area.

Just over two years after South Sudan gained independence, an internal power struggle led to a catastrophic outbreak of violence. Thousands of families were forced to flee their homes as people dispersed across the new nation. Now, violence, malnutrition and epidemics are raging and the healthcare system is unable to address even basic medical needs.

To fill this void, MSF is providing medical care in camps across the country. In Exodus we hear from some of the many families in these desperate situations.

Find out about MSF's work in South Sudan

Anna Surinyach/MSF
Every few days, a train arrives to Ixtepec with hundreds of migrants. They wait for a few hours or days and then they go on.

Danger lurks at every stage of the epic journey hundreds of thousands of Central Americans make each year to reach the USA. As they make their way through Mexico, chasing the American Dream, people are subjected to violence and robberies – the very problems they are fleeing at home.

In ‘Crossing Mexico’ we hear the stories of people making this journey and find out how MSF helps them to cope.

Read about this journey