As coronavirus dominates the headlines, here are five diseases we need to pay attention to a lead better life

Neglected tropical diseases affect more than a billion people and kill tens of thousands each year. Despite this, the attention of drug developers, policymakers and the mass media has often been pointed elsewhere.

Our teams have been treating tropical diseases for decades, focussing on the most neglected and life-threatening.

As coronavirus dominates the headlines, we take a look at five diseases that haven't always had the attention they needed, and the amazing progress that can happen when they do...

1. Kala azar: A fatal parasitic disease of the viscera a.k.a visceral leishmaniasis 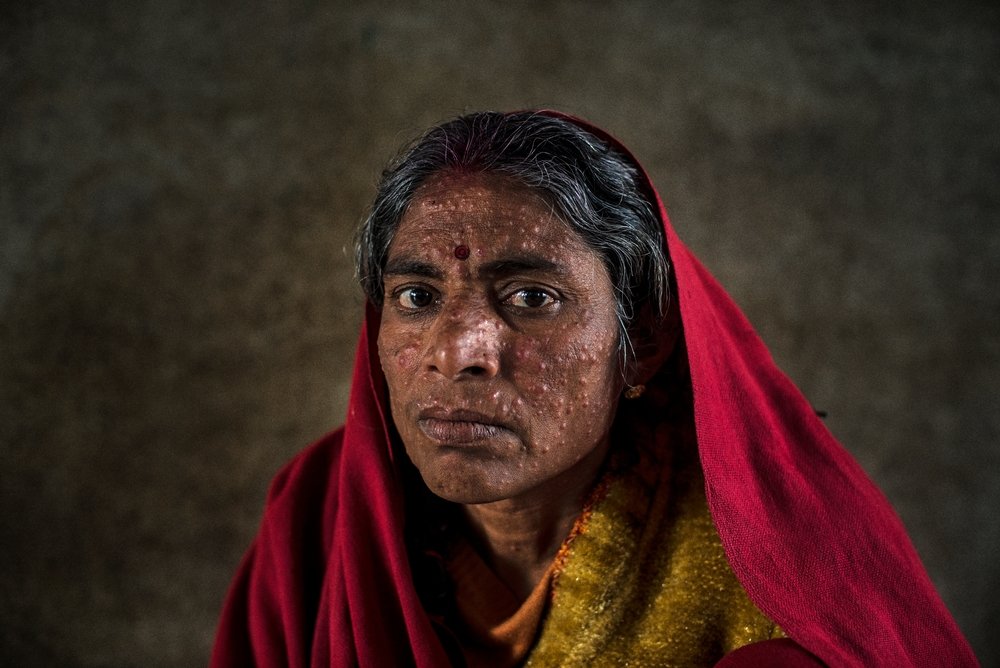 Kala azar is the second-largest parasitic killer in the world. Only malaria causes more deaths.

Also known as "visceral leishmaniasis", kala azar is found in 76 countries, with hundreds of millions at risk of infection.

MSF first encountered the disease while working in camps for internally displaced people in Sudan.

"Our teams saw many very weak and severely malnourished patients who came from Western Upper Nile region," says Dr Koert Ritmeijer, who leads our work in this area. "They suffered from a persistent fever, a suppressed immune system and an enlarged spleen. Most died, usually due to opportunistic infections."

Over time, access to treatment has improved and new tools to better manage the disease have become available.

"Today, when patients with kala azar arrive at MSF’s facilities, they are often in a very bad way indeed," says Dr Ritmeijer. "But with the right treatment and care, they make an almost miraculous recovery."

With more opportunities for effective disease control, kala azar is expected to be eliminated in India, Bangladesh and Nepal by 2020. MSF will provide advice during the post-elimination phase while continuing to treat kala azar patients in Africa.

2. Cutaneous leishmaniasis: Transmitted by the bite of phlebotomine sandfly 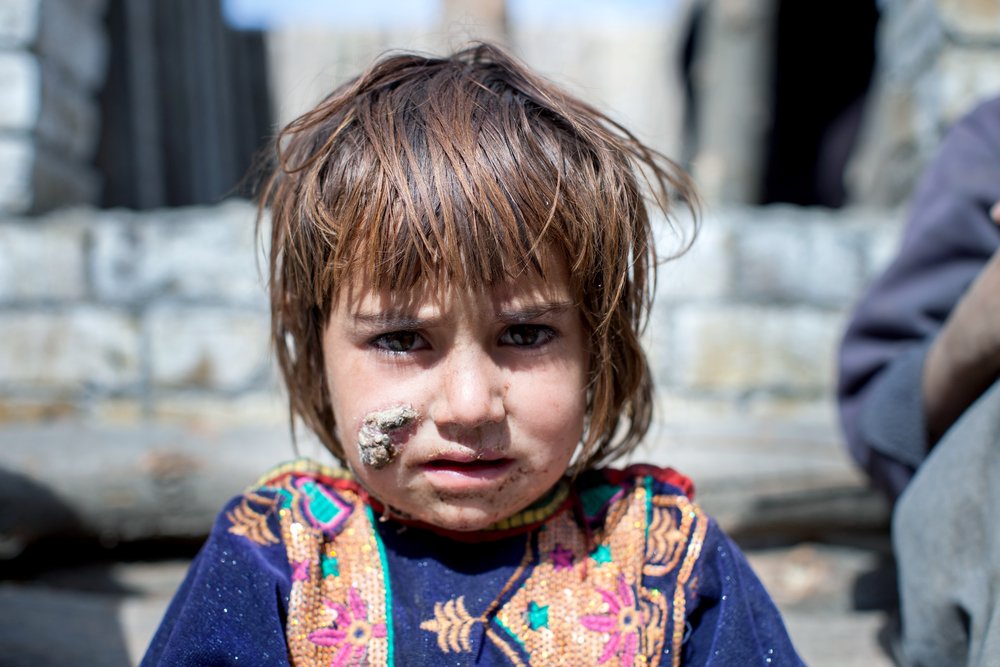 Khaula Jamil
Bakht Bibi, 4, waits to be treated for her sand fly bites at the MSF Cutaneous Leishmaniasis Facility in Kuchlack, Pakistan

Cutaneous leishmaniasis is one of the most widespread and neglected tropical diseases in the world. Over one million cases have been reported in the past five years (2014-2018), but it's likely that this represents only a fraction of the true number.

As cutaneous leishmaniasis is not a fatal disease, it is often not prioritised by policymakers. However, the consequences can be severe and lifelong, as patients with disfiguring lesions often face social stigma and discrimination.

Between 2009-2019, MSF treated around 25,000 patients suffering from cutaneous leishmaniasis. 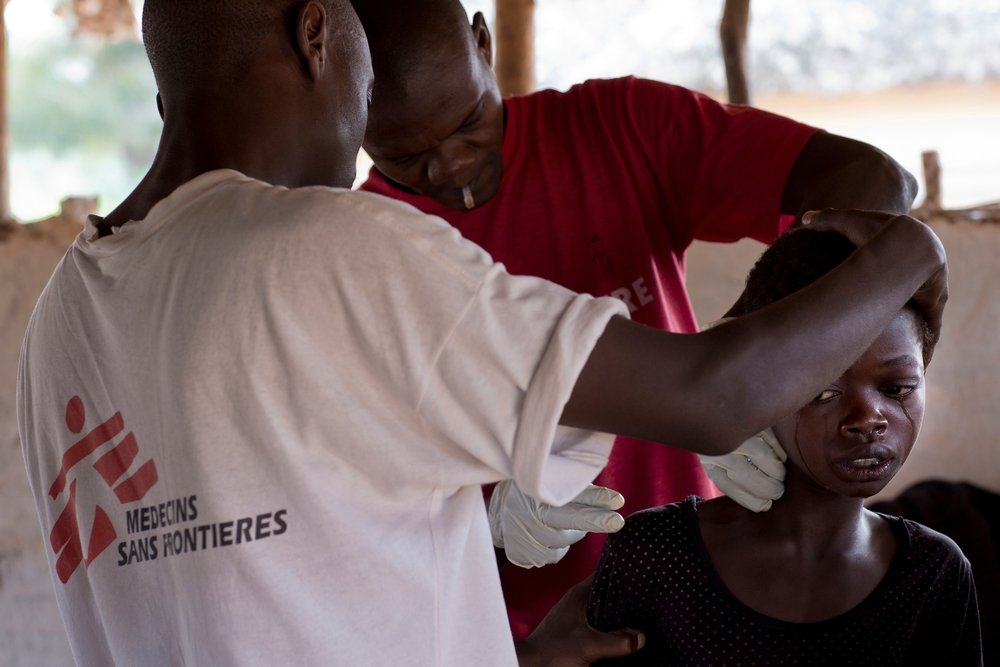 Sleeping sickness is transmitted by the tsetse fly, which is found in 36 African countries. Between 1986 and 2018, MSF screened almost 3.5 million people and treated over 50,000 patients with sleeping sickness in seven different countries.

Sleeping sickness used to be one of the most neglected tropical diseases but after highly successful interventions, including new treatments and increased surveillance, the number of reported cases has steadily fallen. The disease is now on track for worldwide elimination, with fewer than 1,000 cases reported in 2018. 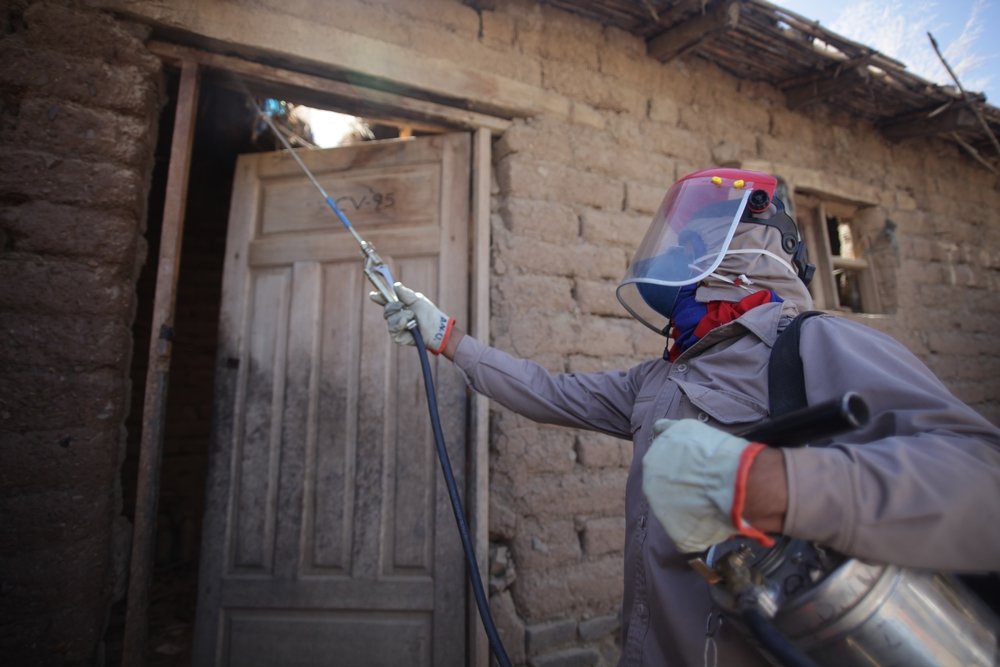 Chagas disease is Latin America's most common parasitic disease. In the countries where it's endemic, it's a leading cause of heart failure.

Since MSF first started treating Chagas disease in the 1990s, efforts to tackle it have increased. Institutions, patient groups, NGOs and others are taking the lead at both the local and international levels to make awareness, diagnosis, treatment and prevention of Chagas possible.

However, it’s estimated that 99 percent of people with Chagas disease don't have a diagnosis, and fewer than 0.2 percent receive the treatment they need.

5. Snakebite: An injury caused by an especially venomous snake 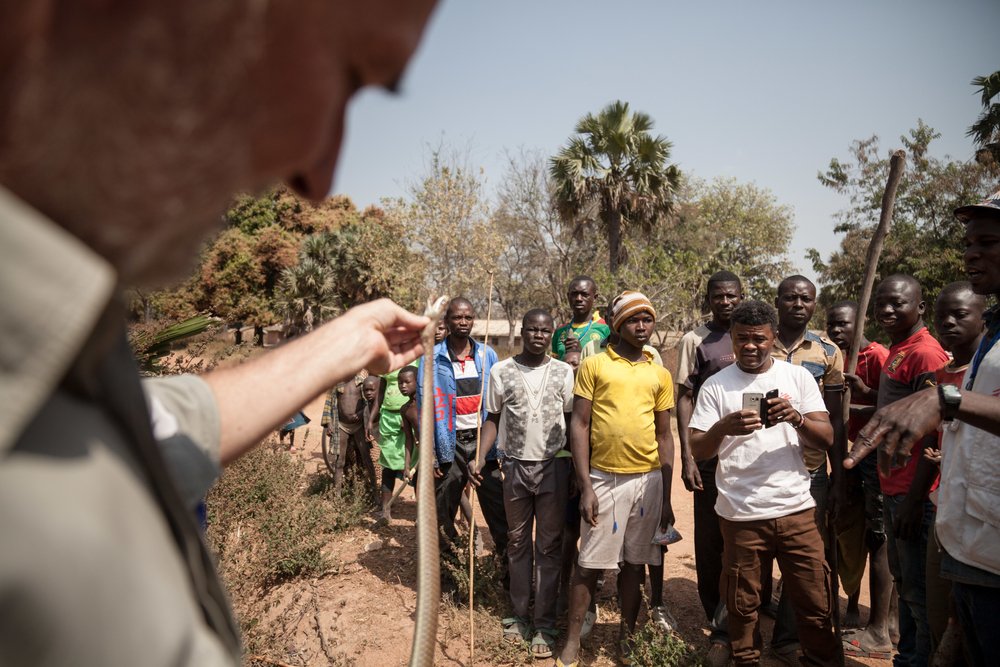 Alexis Huguet
Jean Ospital, MSF field coordinator in Paoua Region, explains to the villagers who killed the snake (a green mamba), how not to hurt themselves by manipulating the dead body of the snake.

Each year, an estimated 2.7 million people are bitten by venomous snakes, and 100,000 die as a result.

MSF is campaigning to improve access to more effective and affordable antivenom – a major barrier to improving survival rates among snakebite victims.

The good news is that more conditions that commonly affect poor rural communities, such as venomous snakebite, are now being addressed by the Neglected Tropical Disease department at the World Health Organisation.

"In MSF's hospitals, almost all snakebite victims survive, which demonstrates the crucial importance of well-trained staff, immediate access to quality care, plus the availability of quality antivenoms," says Dr. Ritmeijer.

While MSF teams remain committed to providing the best possible care to patients with neglected tropical diseases, there's still a long way to go before these overlooked conditions become a thing of the past.

There's an urgent need for better access to existing diagnostic tests and the development of new and improved tests, as well as more funding for controlling these diseases.

But there is hope. Since MSF first started treating these diseases 20-30 years ago, there have been real advances in terms of innovative treatments and improvements in terms of how many patients have access to them.

Now, says Dr. Ritmeijer, it's time for policy-makers, funders, and researchers to focus their attention and prioritise the needs of "the poorest of the poor".