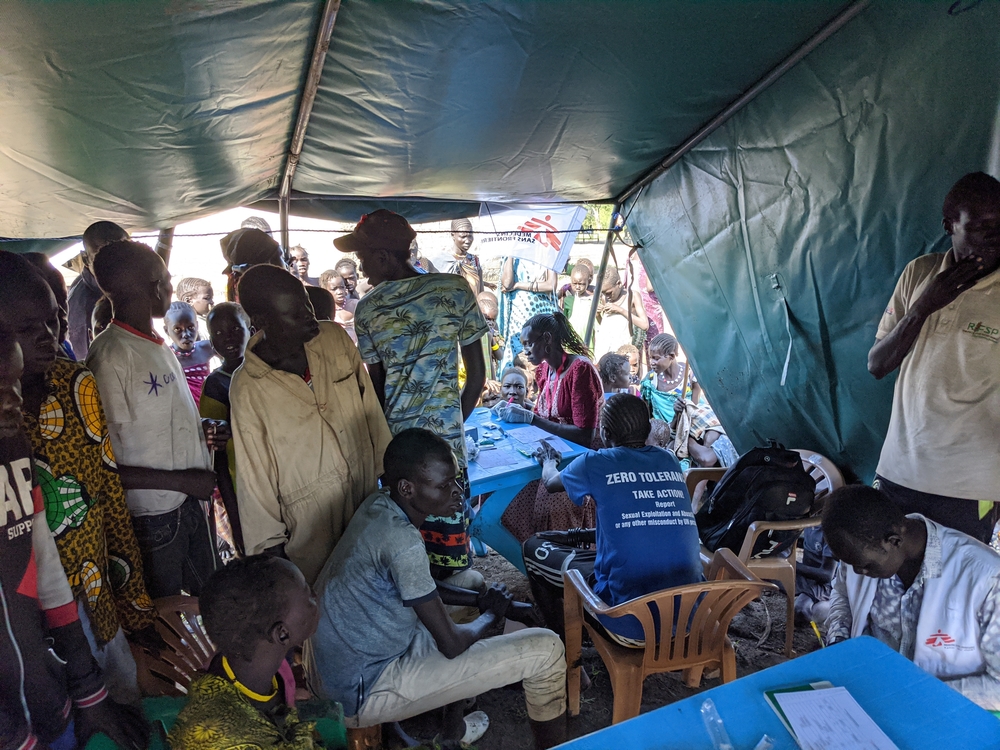 The Jonglei and Greater Pibor Administrative areas of South Sudan have seen repeated cycles of bitter inter-communal fighting – some lasting for months at a time, throughout 2020.  The latest escalation, from June to mid-August saw thousands of people displaced. Many continue to live in the bush without basic facilities – including lack of healthcare, food, shelter, water and sanitation.

MSF works in and around the towns of Pieri and Pibor, where much of the violence has taken place. 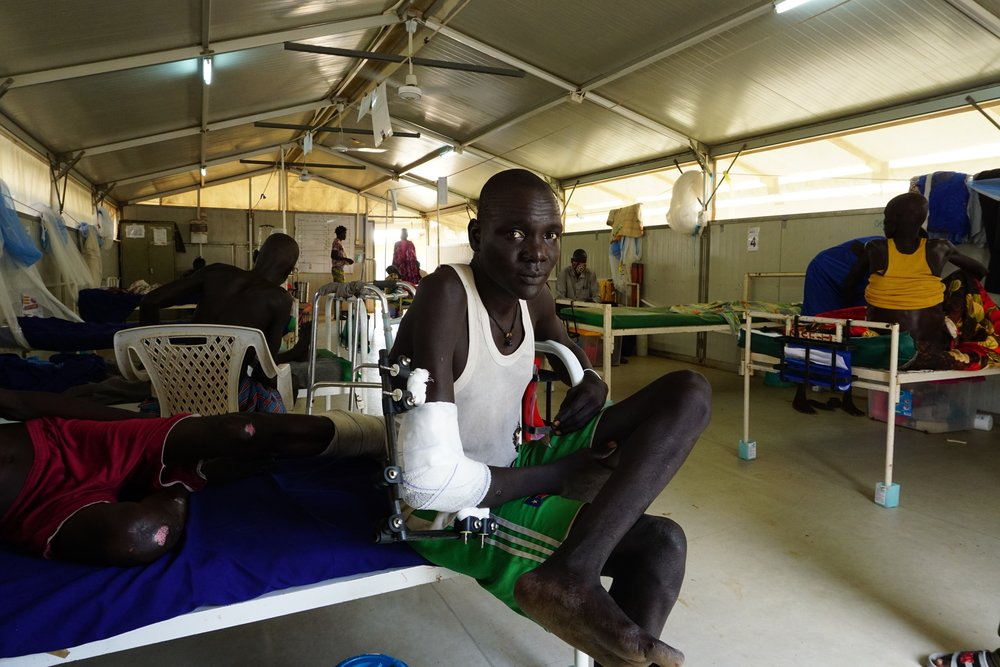 Caterina Spissu/MSF
29-year-old Bol from Paniang, Jonglei State is treated in the surgical ward in Bentiu Hospital in the Protection of Civilians site (PoC).

“This conflict has continued since last year. It came up again in February and then in June. It is not the first time we have had such inter-communal clashes and insistent violence. In the past, it was about cattle raiding...It is now more seriously affecting our community. We are seeing the loss of property, the loss of life. We lose our cattle. We lose our children,” says Sebit Burane, MSF nursing team supervisor in Pibor.

"I lost five members of my family. After I was injured I was transported on a stretcher carried by different me. It took us 11 days to reach Pieri. There were heavy rains that slowed us down."

In our clinic in Pieri, our teams treated more than 100 wounded people in just one week from 29 July to early August. In Pibor, where we restarted activities on 11 August, we treated 11 patients for gunshot wounds - the youngest just three-years-old.

“The numbers of patients were staggering

Reaching the MSF clinics from the bush can be an arduous process. “I lost five members of my family. After I [was] injured I was transported on a stretcher carried by different men. It took us 11 days to reach Pieri. There were heavy rains that slowed us down,” says Peter, 43-years-old from Modit, Jonglei State.

There are very few hospitals in South Sudan with the capacity to manage mass influxes of patients requiring critical surgical interventions. As a result, dozens of patients from Pieri were evacuated for urgent surgery to the MSF hospital in the Bentiu Protection of Civilians (PoC), while those in Pibor needing complex treatment were referred to the Ministry of Health and ICRC run Juba Military Hospital. 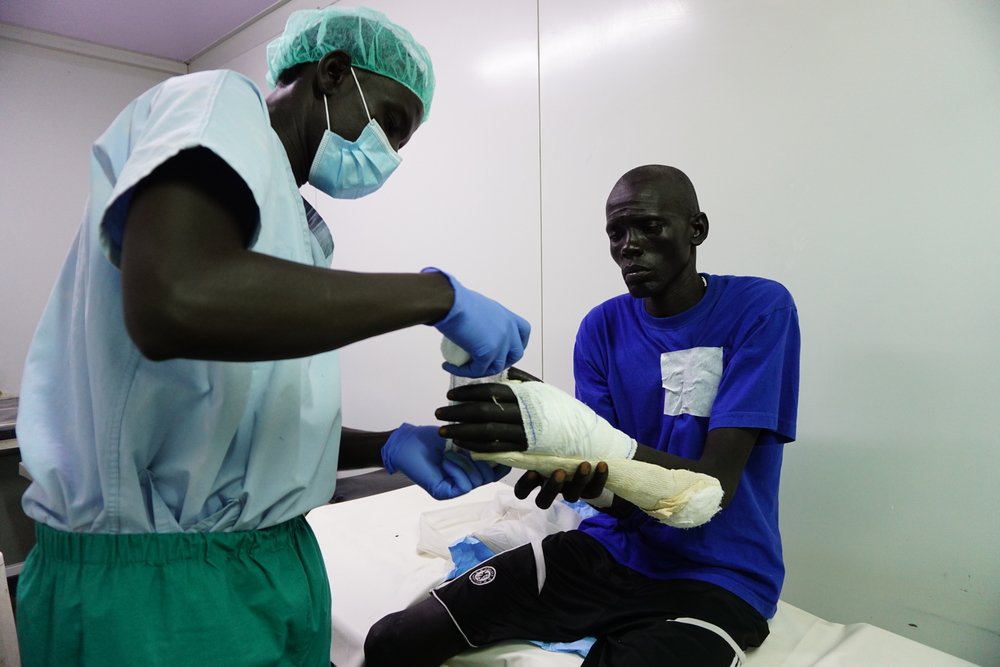 “The numbers of patients were staggering, putting significant pressure on our medical teams. At that moment our hospital in Bentiu, where the most serious patients were being referred, was already stretched for bed capacity due to a peak in malaria cases,” says Tila Muhammad, MSF Head of Mission in South Sudan.

In recent weeks heavy rains have hampered the ability to make such referrals. Dirt roads turn to mud and become impassable, similarly, non-tarmac airstrips become unusable, with aircraft unable to land or take off. Many patients who were earlier referred to Bentiu are stuck there. The already complex situation is further hampered by the restrictions posed by COVID-19.

On 11 August, nearly two months after the suspension of activities due to immense restrictions directly and indirectly related to the COVID-19 outbreak and rife violence, MSF started an emergency response in Pibor. Emergency outpatient primary healthcare activities were set up in the centre of Pibor town.

“We are relieved to be finally providing primary health care, particularly at this time of year which is both the rainy season and the ‘lean season’ – when we know there will be high rates of malnutrition, water-borne diseases and malaria,” says Josh Rosenstein, Emergency Coordinator for MSF in Pibor.

“We are disturbed to hear testimonies from our patients and our staff about the impact the violence of the past months has had on people. People will continue to face hardship for some time, many have lost family, their homes, socio-economic security, dignity and are in need of basic healthcare.” 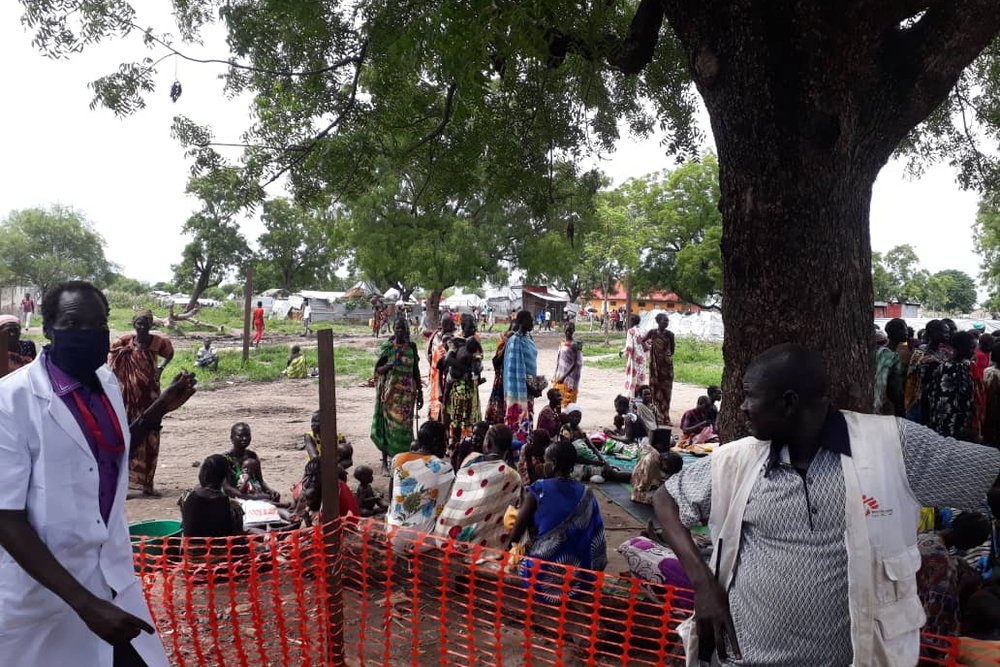 MSF
Since August 11, MSF has done over 1,500 out-patient consultations and provided 292 pregnant women with antenatal care.

Through a mobile clinic, operating outside of the Pibor town centre, and the emergency health facility, MSF has so far conducted more than 1,500 consultations, distributed mosquito nets, and provided antenatal care to nearly 300 pregnant women.

“We have been living a miserable life. This all started in February, and we would have never expected this situation to last for long…I ran into the bush with my sick three months old daughter. She was sick and died in July. Today is the first time that I have had access to a healthcare facility since February,” says Marta, 19-years-old from Pibor.

A timeline of violence

Over the course of 2020, the Jonglei-Pibor region has experienced extraordinarily high levels of violence.

February – the MSF team in Pibor set up an emergency clinic in response to large numbers of displaced and wounded arriving.

March – MSF’s clinic in Pieri received 68 wounded patients in just 12 hours. In that same wave, we treat 15 people in Lankien and 45 wounded people in Pibor.

May – fighting reaches Pieri. Among those killed in an MSF staff member. Local authorities estimate that 200 people died in total, around 300 were wounded. MSF staff had to evacuate and operations were suspended for two days.

July – Fighting continues with MSF teams in Pieri receiving more than 100 wounded people in just one week from 29 July to early of August.