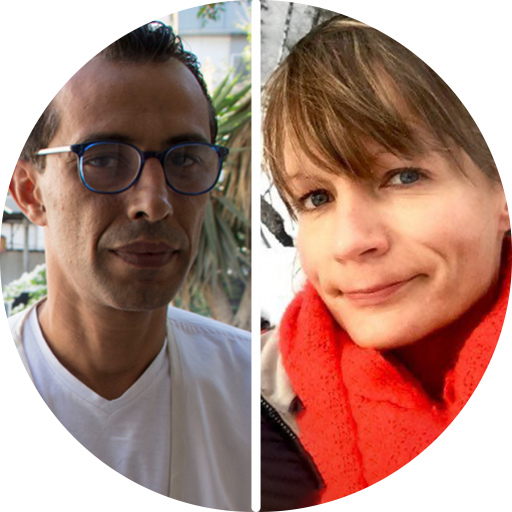 In May 2021, Gaza was enveloped in a new wave of violence. As the bombs fell, doctors Mohammed Abu Mughaisib and Natalie Thurtle were coordinating medical activities in the territory. They reflect on their very different experiences…

I have always believed that I can do my best in any emergency situation: I work as a medic for Médecins Sans Frontières / Doctors Without Borders (MSF), a non-governmental organisation known for operating in conflict and disasters.

But since I started working with MSF in 2002 I have lived through repeated waves of violence. 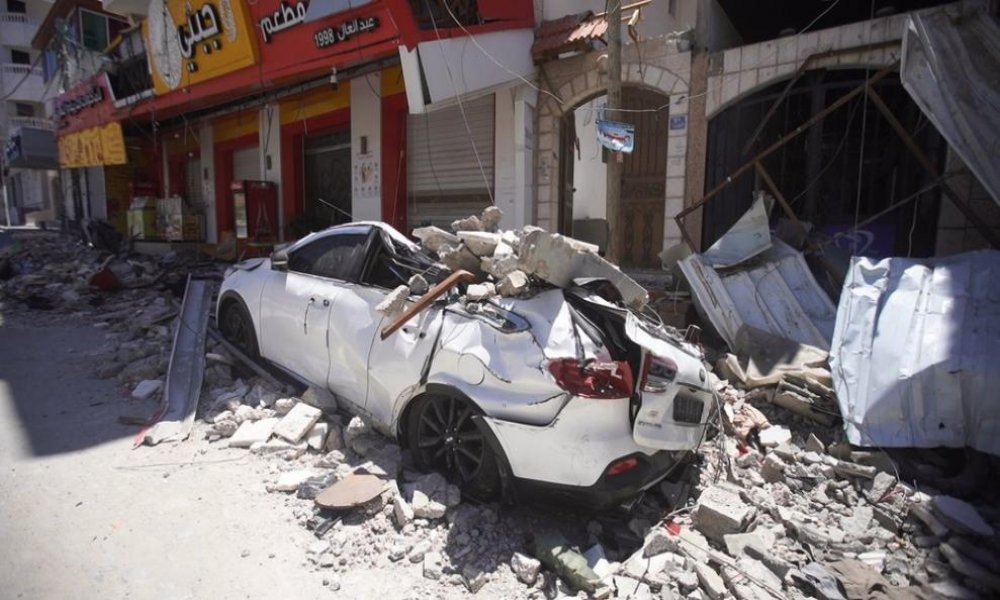 Destruction in Gaza City during the May bombardment.

May's 11 days of war on Gaza, the "2021 war", was not like her siblings. The terrifying continuous bombing on a massive scale, the lack of safety anywhere at any time: we were petrified.

Abu Abed and I have worked together for 18 months.

We’ve collaborated, amongst other things, on COVID-19 during huge surges; on our multidisciplinary trauma and osteomyelitis (bone infection) programme; on the complex mental health caseload in the West Bank; on a strategy for managing 5,000 burn cases a year in Gaza; on solving HR issues; on relationships with the authorities and other agencies; and on figuring out how best to protect staff from COVID. Many things.

We’ve had some successes, some failures, some tragedies. We talk every day, trying to stay close in the complex work of medical coordination for MSF in Palestine.

On 11 May when the intense bombardment of Gaza started, it was by no means the first time, but, by all accounts, it was the most ferocious. Abu Abed was in Gaza with the MSF team, whilst I was in Jerusalem.

The borders were closed and I couldn’t get there to support until after the ceasefire.

As a medical deputy coordinator my role is to follow the health context in Gaza, understanding at any moment what the needs are in the hospitals, the kinds of injuries they are seeing, what shortages they are facing, and then coordinating between MSF and other organisations.

To do this effectively I have to be able to move around safely.

But it was unsafe. There were no coordinated pauses in bombing to allow for humanitarian work.

I was travelling around the city on my own, backed by my belief that it is my duty to work in these awful moments, and the thought of my colleagues, mainly the project coordinator Ayman, and the watchman, who were both there every day in MSF’s facilities, risking their lives to come to work.

The 11 days of the war felt like 11 years. The hands of the clock did not move, each day was so long. Every day I went to work and left my family at home, knowing that any time there could be a strike. It was driving me crazy.

Every time I heard an explosion and felt the shaking ground, I automatically called my wife to ask if everyone was ok. My brain and my heart were divided between my family and my work.

"Every day I went to work and left my family at home, knowing that any time there could be a strike"

A ceasefire was finally announced, to begin at 2:00 am. For 11 days it had been too dangerous to use the bedroom, because of the risk of drones, so it was a strange feeling to lay on my bed, to close all the windows.

For a few hours, I barely slept. I couldn’t stop listening for bombs. First thing the next morning, I took my coffee and walked through the other areas of the house it had been too dangerous to be in, checking for damage.

I found dozens of pieces of shrapnel in the garden and on the roof. It was a shock. Some were 30cm long – big enough to sever your head if you were hit by one.

Windows and doors were broken, there was a big crack in one of the walls. By the front door, a lake of raw sewage had formed due to the damage of the main pipelines.

When I was finally able to move to Gaza, there was a lot of work to do, assessing the emergency needs in the aftermath of the bombardment and getting our regular activities running again.

In the moments between that however, we tried to create space to bring our staff together, and to listen.

"Together we recognised that through all, our team tried to do their jobs, to reach the patients, to save lives"

We listened to the watchman who was inside our clinic when it was damaged during an airstrike, to the people in our office who were thrown through the air with the force, to the staff who lost family members, or their homes, to the staff whose traumatised children have started bed-wetting and lost the ability to speak. 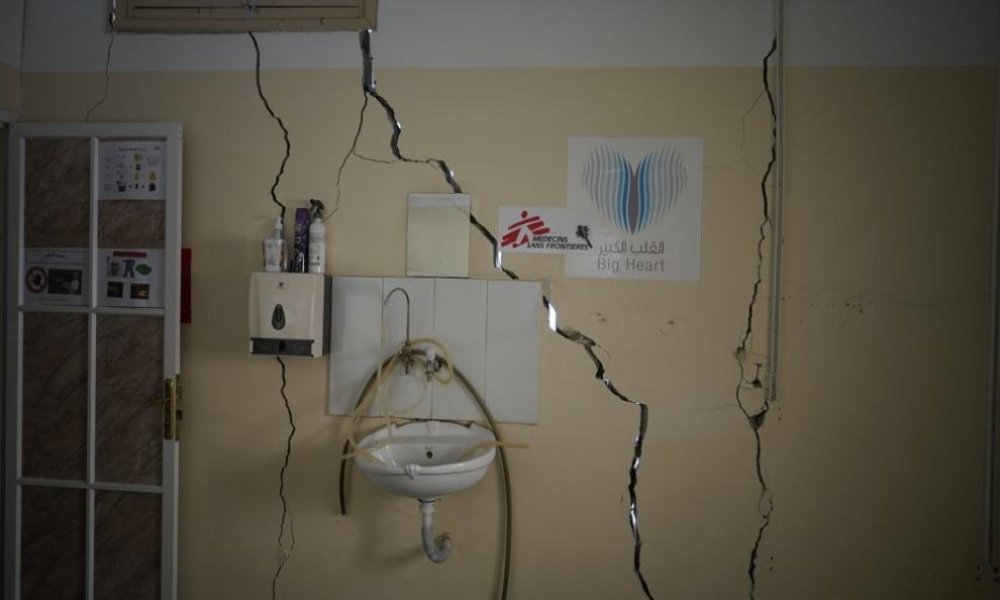 The MSF clinic in Gaza city where we provide trauma and burn treatment was damaged by Israeli aerial bombardment.

And together we recognised that through all, our team tried to do their jobs, to reach the patients, to save lives.

After every wave of violence in Gaza since I became a medic, I have been involved in treating patients with PTSD symptoms.

But this time I experienced those symptoms personally. I have had flashbacks, insomnia, poor appetite, muscle spasms, and fatigue.

Throughout the war I talked regularly with Natalie and our colleague Juan; both helped me manage the massive stress I was under.

One of my roles is to work as medical support for health staff, and it really had an impact hearing their stories during the group sessions we provided.

One colleague shared how his wife birthed their child during the first day of bombing.

He wanted to be present for his wife and baby during the labour, but his attention was torn by the danger of the intense shelling drowning out the very moment his child entered the world.

"Turning off the flow of deeply traumatic experiences is not limited to the ceasefire, it is the constant impact of the occupation, the constant imperative to resist..."

Another colleague shared how her father died outside of Gaza during the bombing.  His last wish was to be buried in Gaza, in the cemetery by the ocean. The cemetery is in a common strike zone. She managed to have his body repatriated, but it took time, and her mother and other family were not able to enter the territory.

She could not keep the body at the house without refrigeration, so despite the dangers of the ongoing bombardment she went ahead, said her goodbyes and buried him.

So is the cycle of life of ordinary citizens in Gaza, born under attack to be buried under attack, a life without rest.

I'm writing this a few weeks after the ceasefire, and I am fighting to go back to my normal life, doing things like going back to the gym.

But even that has been touched by the conflict: the gym that I went to for years no longer exists – it was in one of the towers demolished by air strikes.

I have started to eat proper meals, decrease my coffee consumption, and at least to pretend it’s fine and over.

People here mention the ocean, a place where solace and recovery may be sought now that naval strikes have ceased.

But even post ceasefire, savage electricity interruptions have off-lined the sewage treatment plant, meaning that raw sewage is flowing intermittently into the ocean. Even this respite is stolen from them.

The emergency assessment we did after the ceasefire screamed mental health as the overwhelming need.

A study prior to this escalation showed that 59% of the children assessed had clinical features of post-traumatic stress disorder, 22% had anxiety and 51% depression.

You can see and feel this everywhere in Gaza, and it’s not an easily fixable problem. 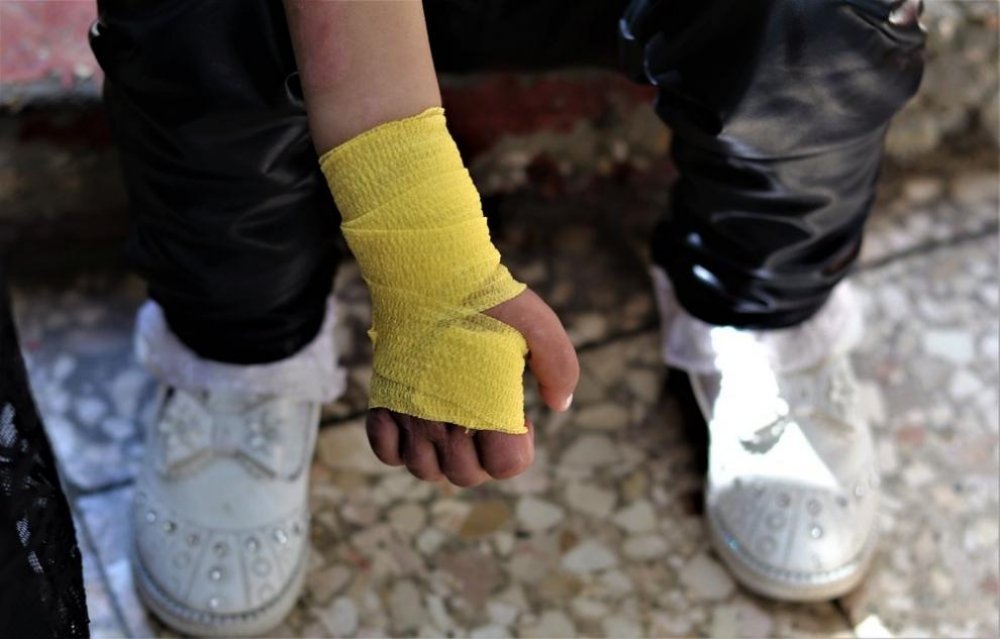 Turning off the flow of deeply traumatic experiences is not limited to the ceasefire, it is the constant impact of the occupation, the constant imperative to resist.  Even if these drivers are removed, some damage is likely to be permanent.

Trauma begets trauma, and the intergenerational impact of what is happening now will reverberate for many years to come.

"A study prior to this escalation showed that 59% of the children assessed had clinical features of post-traumatic stress disorder, 22% had anxiety and 51% depression"

As we pick up the pieces of our medical activities, when I can hardly see how to start again, I look at Abu Abed out of the corner of my eye.

He knows how to do it, how to continue in the face of such adversity, how to resist, yet he looks so weary of it.

And so we continue, but every time this cycle repeats, more is taken, trauma is laid on trauma and another layer is added to the prison wall.

Although I’m trying to get back to "normality", my five senses were on alert 24/7 during the conflict, and this has continued.

I have the constant sense that I have to be ready to react quickly, just to stay safe and alive and at the same time be able to fulfil my position as a medic working in the most dangerous, conflict-hit, large-scale jail in the world … Gaza.

I am not Palestinian. I can never penetrate the skin of what it means to be Palestinian, I have too much privilege, too much freedom, to ever truly grasp it.

I’m so conscious that I work with a comfortable blindfold on, and I cannot quantify how much is not seen, not understood, not borne, by me.

However, as I have said to our colleagues here more times these days than I care to remember, we see you deeply and we will not be silent about it.

13 people, including two children, were killed in Israel as a result of rockets and missiles launched by Palestinian armed groups.

During this time an MSF team in Gaza worked in 24-hour shifts to support the emergency room and operating theatres of Al-Awda hospital, in the area of Jabalia, treating an average of 40 to 45 patients a day.

MSF has been in Gaza for almost 15 years, providing surgical and post-surgical assistance to victims of burns and trauma.

In 2018, it began offering reconstructive and orthopaedic surgery, physiotherapy, and psychosocial support to thousands of Gazans injured in the Great March of Return.