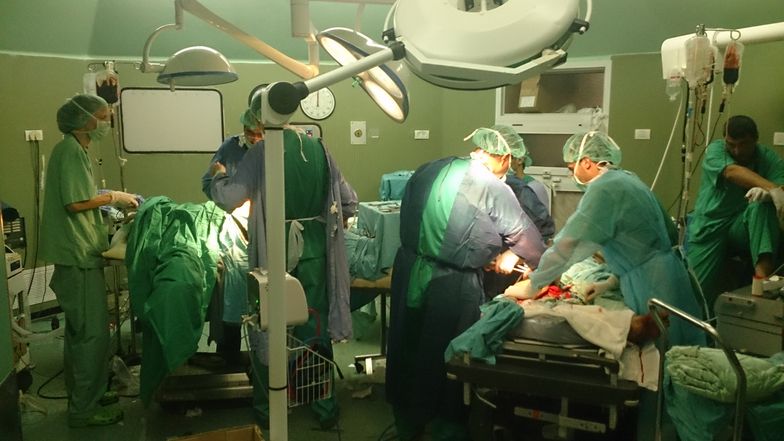 Gaza: 'The truce did not last'

A 72-hour truce began this morning, but it did not last long. During the truce we had planned to go to Nasser hospital in Khan Younis, in the south of the Gaza Strip, to see if they needed any additional supplies or staff. But we couldn’t— we had to turn around as the fighting resumed.

The truce would have given people here a bit of time to breathe and to bury their dead. It would have also allowed us to move. But it didn’t happen that way.

MSF staff living near Rafah called us: they were forced to stay in their homes. They described scenes of chaos, with lots of dead and wounded people in the streets.

The bombings keep on. This means we can’t move around; the bombings impede our ability to work in the Gaza Strip. We do what we can, but the fighting must end for several days so for aid to make its way in and for people to get healthcare and the basic necessities.

In Gaza City, we are focusing on Al Shifa hospital. Waves of wounded people arrive; how many exactly depends on the intensity of the bombing. People often have multiple injuries, burns, shrapnel wounds or need amputations.

There are seven MSF expatriate staff – doctors, anaesthetists, nurses and surgeons – working at Al Shifa hospital, together with Palestinian staff. They work in the emergency department, the operating theatre and the burns unit. The Palestinian staff from the Ministry of Health are experienced in war surgery and dealing with large influxes of wounded people. They do a great job.

Sometimes the numbers of people coming in are so large that it’s difficult to count exactly how many there are. We see lots of women and children. On the night of July 29, our teams performed 27 surgeries — 15 of them on children under the age of 12.

On July 30, the team carried out surgery after surgery, all night long – 50 in total. Sometimes multiple surgeries had to be performed in the same operating room.

Most health centres have closed because of the conflict, and hospitals are overwhelmed. In Gaza City, MSF runs a clinical post-operative care unit, but most of patients are afraid to come in because of the constant danger. There are only about twenty patients per day.

Hundreds of injured people streamed into the Edwan Kamal Nasser Hospital in Beit Lahia and Khan Younis Hospital the night of July 28 to 29. MSF has been donating medical supplies to these two facilities, which are both struggling to cope with the needs.