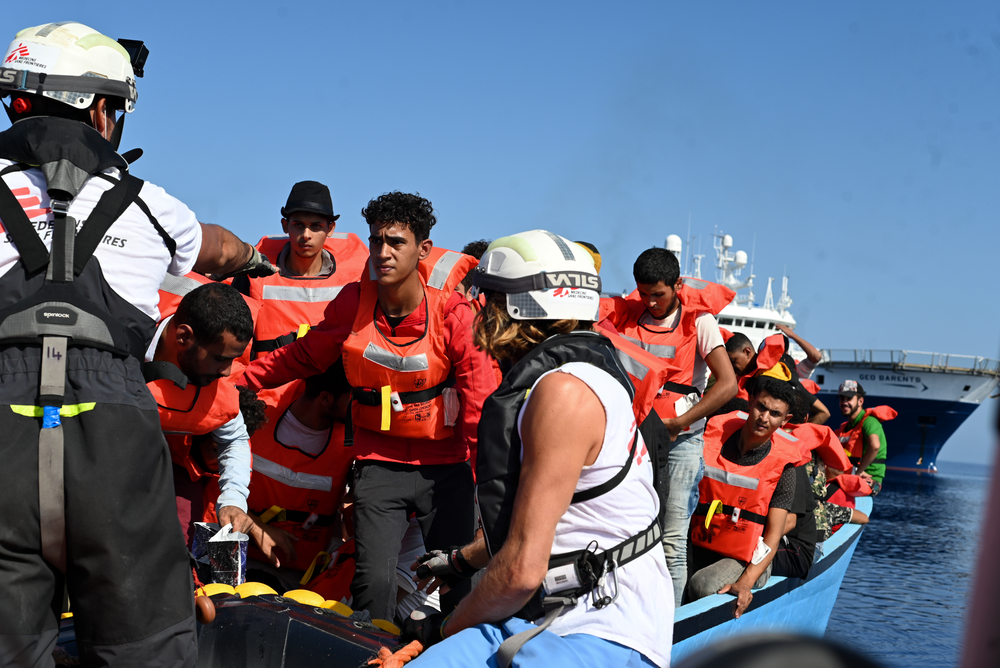 Rome, 11 November 2022- After 10 days at sea and three days of waiting at the Catania port, finally all survivors on board of the Geo Barents could disembark Tuesday 8 November in a safe place, away from the violence and suffering they fled in Libya.

Italian authorities first allowed only the disembarkation of 357 people, leaving 215 on board, as hostages of a political debate and an unlawful decision that prevented them from receiving assistance and protection onshore. After the selective disembarkation, the psychological and physical state of some of the remaining people dramatically deteriorated. One survivor was evacuated during the night of 6 to 7 November because of strong abdominal pains, and other survivors showed signs of anxiety and had panic attacks. 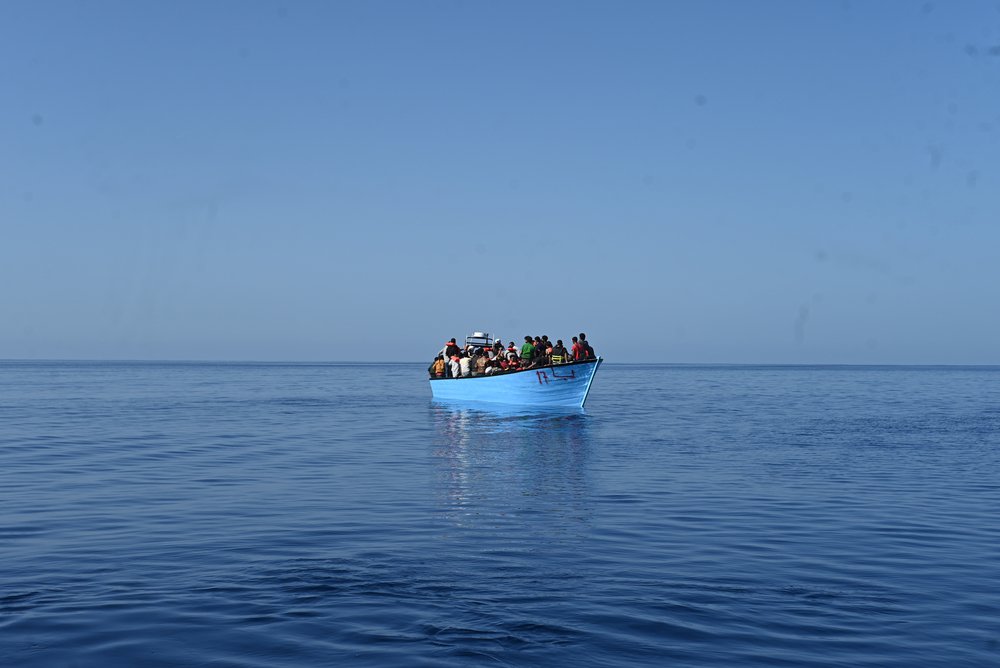 “The process of selective disembarkation based on survivors’ medical conditions and the delayed disembarkation carried out by the Italian authorities are inhumane, unacceptable and illegal, since, according to  international maritime law, survivors  rescued at sea  must be disembarked in a place of safety within a reasonable time. Relevant legal instruments and guidelines do not make disembarkation in a place of safety conditional on the existence of medical conditions or other reasons. On the contrary, responsible coastal States should make every effort to minimise the time survivors remain aboard the assisting ship, taking into account the particular circumstances of a rescue, such as the situation on board the assisting ship and medical needs. “explains Juan Matias Gil, MSF search and rescue head of mission.

“Many of the survivors carried previous trauma, the result of violence and abuse experienced in Libya, in their home countries, or along the journey. Prolonged waiting created strong emotional and psychological distress. Episodes of insomnia, anxiety and physical and psychological distress became more frequent day by day. And for our part, we had no answers to give when they asked us why we couldn’t disembark," says Stefanie Hofstetter, MSF medical team leader on the Geo Barents. 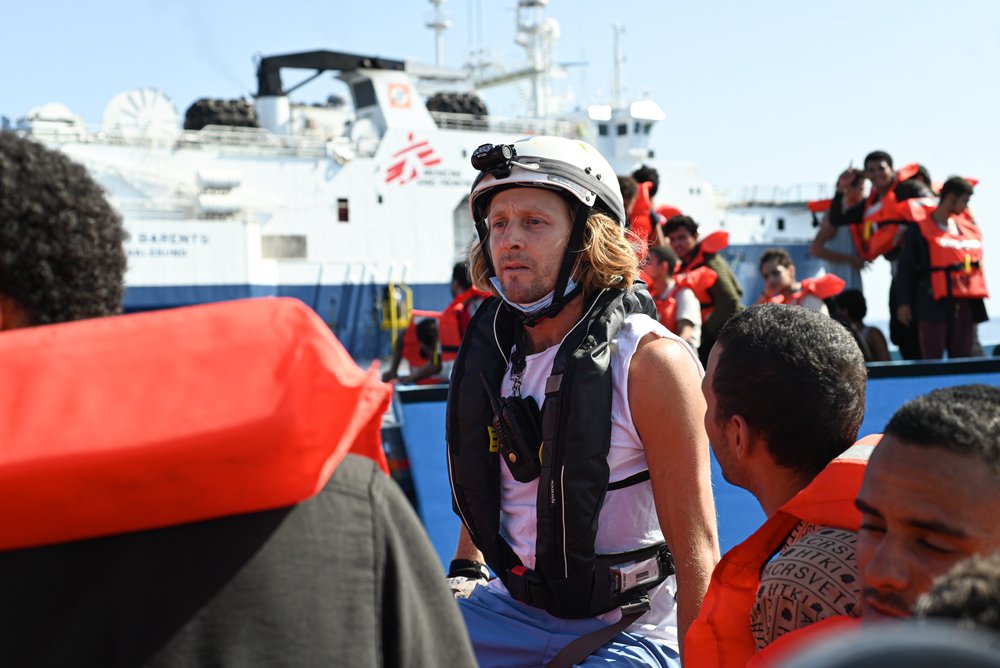 Youssouf* was one of the 214 people who had to stay on board for longer. In the afternoon of 7 November, together with two other survivors, he took the desperate decision of leaping from the ship into the water, to reach the dock of the port. The third person eventually came back on board, telling the MSF team he jumped only to help the other two, since he feared they could have drowned. Youssouf* and Ahmed* instead, spent the night on the dock, and refused to eat and drink, waiting for a decision from Italian authorities. After more than 24 hours lying on the dock, Ahmed (the other survivors who jumped off the ship) presented with high fever and signs of dehydration and was transported to the nearest health facility to receive medical assistance by the Italian health authorities.

“After days and days on that boat [Geo Barents] I was going insane. I had the feeling that my body and my dreams were breaking apart. I'm grateful for all the assistance I had on board, but I couldn’t stand that situation anymore,” Youssouf said to the MSF staff member who assisted him on the dock, in front of the Geo Barents. “I left northern Syria to provide a safe life to my family. I have four daughters who I have left behind, hoping they can join me in Europe, in a safe place, soon. The youngest one is only six years old. They have witnessed bombs falling on our city in recent years, and now they can’t attend school due to the insecurity that persists in the area. Armed groups are everywhere, kidnapping people for ransom. The situation has spiraled out of control, and I fear for their lives every day. I simply want to find a place where they can be free of fear and feel safe. That is my dream, and I will not let anyone take it away from me." 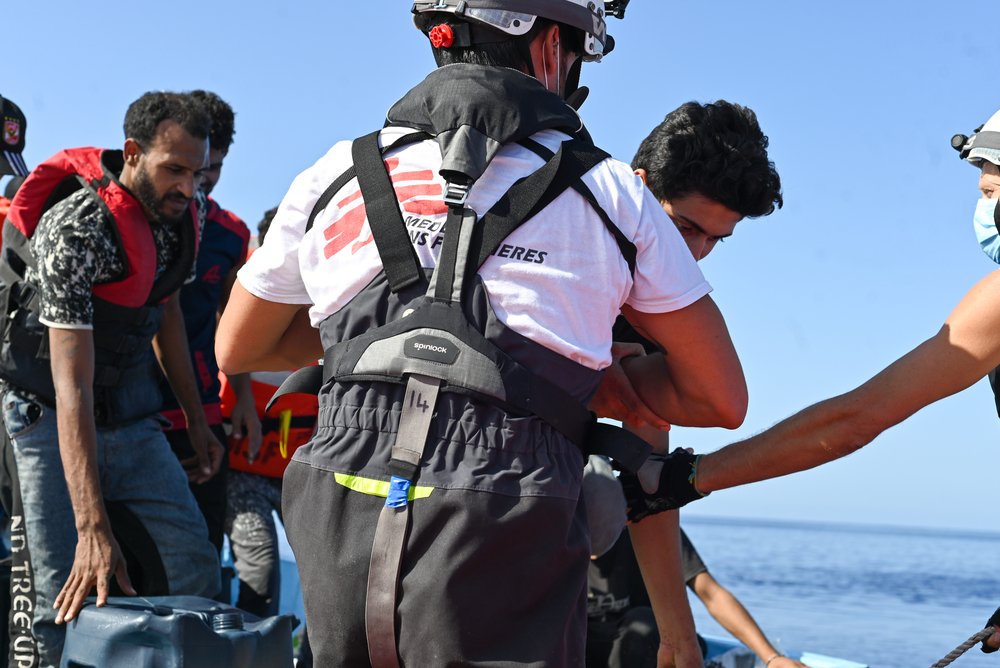 Youssouf was eventually allowed to disembark on the evening of November 8, along with the other survivors initially excluded from the selective disembarkation.

Akhtar*, a 21-year-old young man from Bangladesh, told MSF staff that he left his country almost two years ago. His journey brought him first to Syria, Libya, and ultimately to the Mediterranean Sea, where he risked his life on an overcrowded wooden boat.

“I had no idea how difficult this journey would be. I stayed in Libya for over a year, living in a camp with people from various countries. We were nine people sleeping in a ten-square-meter room with only one toilet for over 200 or 300 people. The police arrived at the camp, arrested many of us, and took me to prison. They gave me a phone after a few days and told me to call my family. I'll never forget my mother screaming at the phone as the guards threatened to cut my hand with a machete while filming. My family eventually sent the only money they had to free me. I will never forgive myself for causing all of this pain to my mother. I haven’t heard from my family since. They do not know if I drowned in the sea. I just want to call them and tell them I survived”, explained Akhtar. 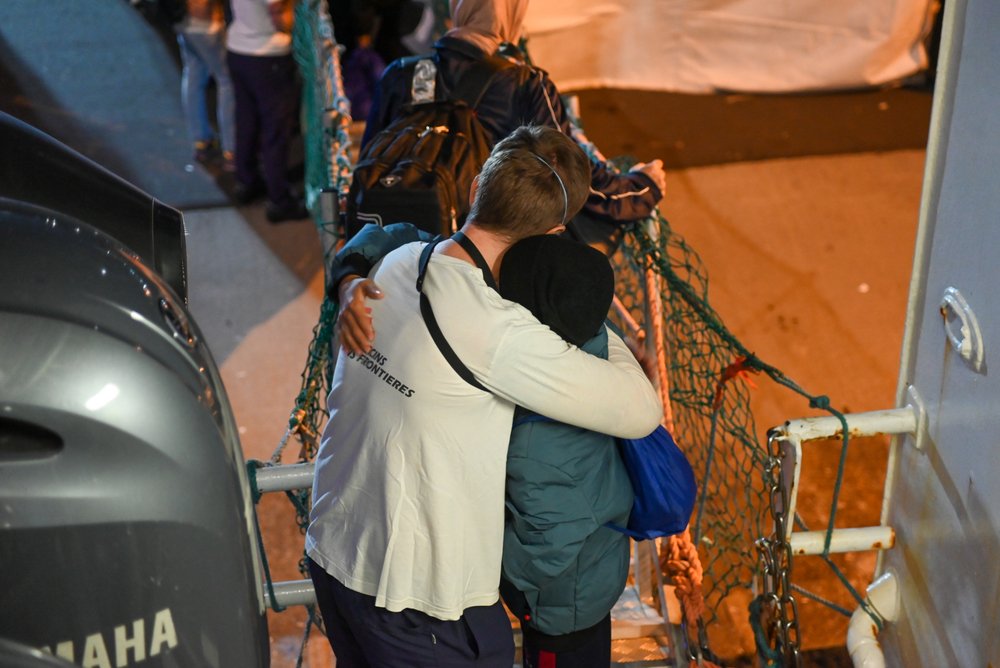 The Geo Barents left Catania port yesterday, and will get ready to go back at sea to rescue those in need. This has been and will remain our answer to European and national reckless policies of non-assistance at sea, condemning people to drown and refusing to disembark them to a safe place.

“As a humanitarian organisation, we will continue life-saving rescue operations at sea, in line with international maritime law, according to which we have conducted our activities so far. A rescue starts with taking people out of the water, and concludes when all survivors disembark in a safe place,” adds J.M. Matias Gil.

MSF has been conducting search and rescue (SAR) activities in the central Mediterranean since 2015, working on eight different SAR vessels (alone or in partnership with other NGOs). Since launching SAR operations with the Geo Barents in May 2021, MSF has rescued 5,497 people and recovered the bodies of 11 who died at sea.

*not their real names