Geo Barents, MSF: at sea for days, a safe port is now needed

Rome, 02/11/2022- Between the 27th and 29th of October, the Doctors Without Borders/MSF team on the Geo Barents performed seven rescue operations in international waters of the Maltese Search and Rescue region. 572 people have been rescued during such operations at sea. Among the survivors, there are three pregnant women, over 60 minors, many of them are unaccompanied and small children, the youngest being only 11-month-old. 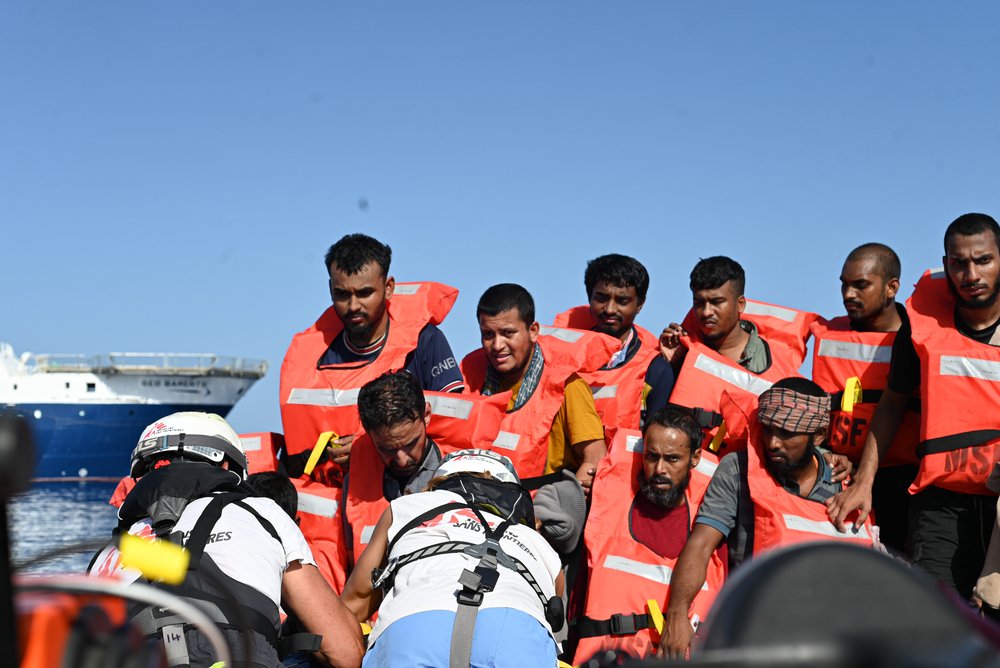 Candida Lobes/MSF
On Monday 27 October, the MSF team conducted another rescue and saved 66 people from a wooden boat in distress, including eight minors and one baby. After this rescue, there were 190 people on board of the Geo Barents.

During all the search and rescue operations performed by the Geo Barents, MSF team timely contacted and informed the Maltese maritime authorities, responsible for the Search and Rescue Region where the rescue operations occurred, as well as the Italian authorities. The Maltese rescue coordination center did not send any instructions nor communications at all.

After a week since the first rescue, the responsible authorities in Malta not only didn’t provide any coordination but are also failing to arrange for or assign a port where the 572 survivors currently on board the Geo Barents can go on land. 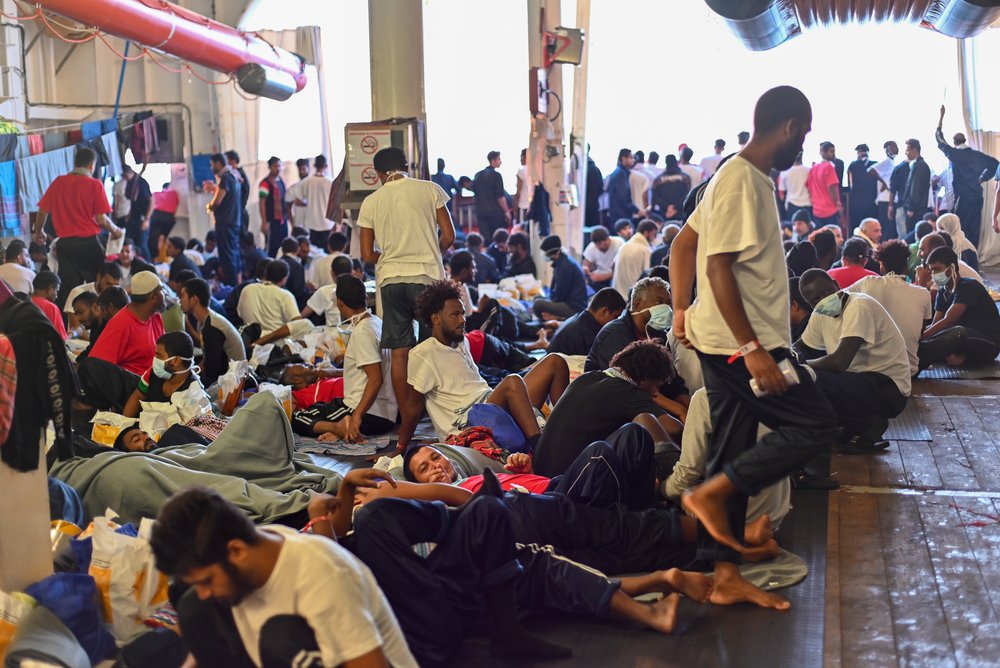 MSF/Candida Lobes
The 572 survivors are waiting for a place of safety to disembark. Several requests were sent to responsible authorities of Italy and Malta but a positive answer always comes after many long days. The unnecessary waiting for days in these circumstances is worsening their physical and psychological conditions.

"We have 572 people on board with 572 different stories. They all share the experience of risking their lives to cross the Mediterranean. We assisted people traveling on overcrowded boats in critical conditions in recent days. All of the rescues took place in the Maltese Search and Rescue region. Despite timely informing the responsible authorities and repeatedly requesting coordination from Maltese authorities, all our requests were unanswered. The coastal states' inaction, specifically Malta’s, is blatant, as this country is voluntarily failing to arrange or provide a place of safety to disembark," explains Riccardo Gatti, MSF Search and Rescue team leader on board the SAR vessel.

As recognized in the Guidelines on the Treatment of Persons Rescued at Sea, and as intended through the SOLAS and SAR Conventions, the Government responsible for the SAR region in which the rescued persons were recovered is responsible for providing a place of safety or ensuring that such a place of safety is provided. States’ immediate engagement and coordinating role in these situations is paramount, as it creates and should create conditions that can ensure respect for human rights and other international law principles, including access to medical care and other services, and the prohibition of refoulement.  Such engagement also has to ensure that persons rescued at sea in their SAR region, are disembarked, as soon as reasonably practicable, in a place of safety that requires minimum deviation from the ship’s voyage, and where the survivors’ safety is no longer threatened and their basic human needs can be met.  We are not seeing any of this at sea.

After four unmet requests for a place of safety to the Maltese authorities, other three requests have been officially sent to the Italian authorities. Nonetheless 572 survivors are still left at sea with no place to disembark.  “On board there is a boy who is determined to go to Germany. That is where his mother, terminally ill with cancer, is. He wants to see her one last time before she goes. There was no way to obtain a visa and so the only option for this boy was to set off along the world's deadliest route. These are among the stories we hear.” Gatti continues. 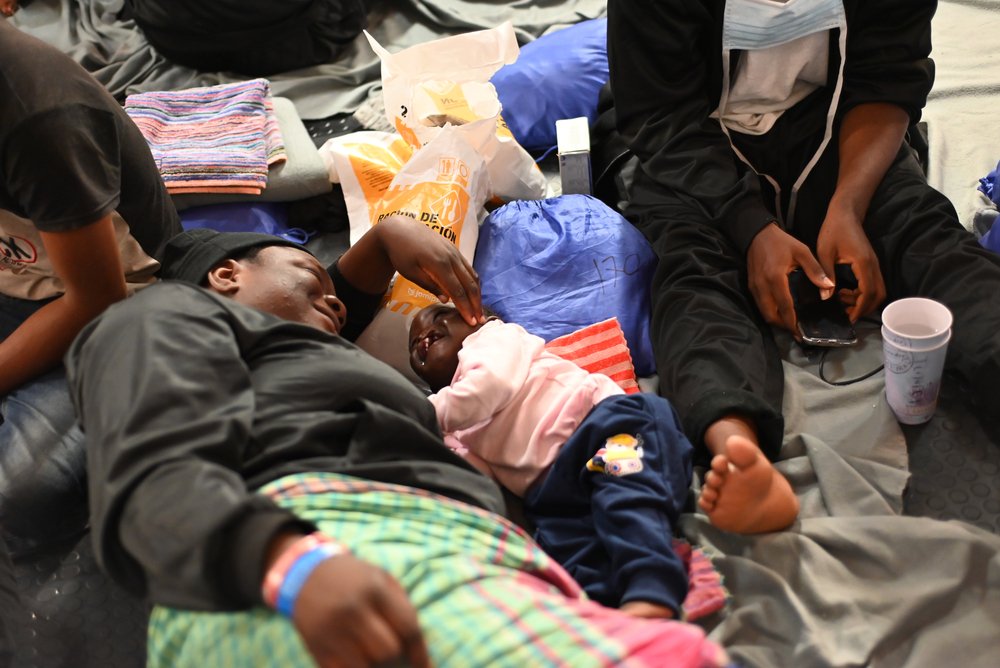 MSF/Candida Lobes
The 572 survivors are waiting for a place of safety to disembark. Several requests were sent to responsible authorities of Italy and Malta but a positive answer always comes after many long days. The unnecessary waiting for days in these circumstances is worsening their physical and psychological conditions.

“Then there is a family from Togo with an 11-month-old girl who was born in Libya with a cleft lip and now has difficulty swallowing. Her parents have been working in Libya to put money aside to cure their daughter, at the same time trying to obtain a visa for Europe, which has always been denied. The only way to get the needed treatment was to take the sea.”  Everyone crossing the Mediterranean knows their lives are in danger, but there is no other option. On board is a boy who was intercepted by the Libyan coast guard and forcibly returned to Libya four times. Now he has made it, he is free from the mechanism of abuse and arbitrary detention that has plagued him for too long.” Gatti concludes.

MSF has been running search and rescue (SAR) activities in the central Mediterranean since 2015, working on eight different SAR vessels (alone or in partnership with other NGOs). Since launching SAR operations with the Geo Barents in May 2021, MSF has rescued more than 5,400 people and recovered the bodies of 11 who died at sea.