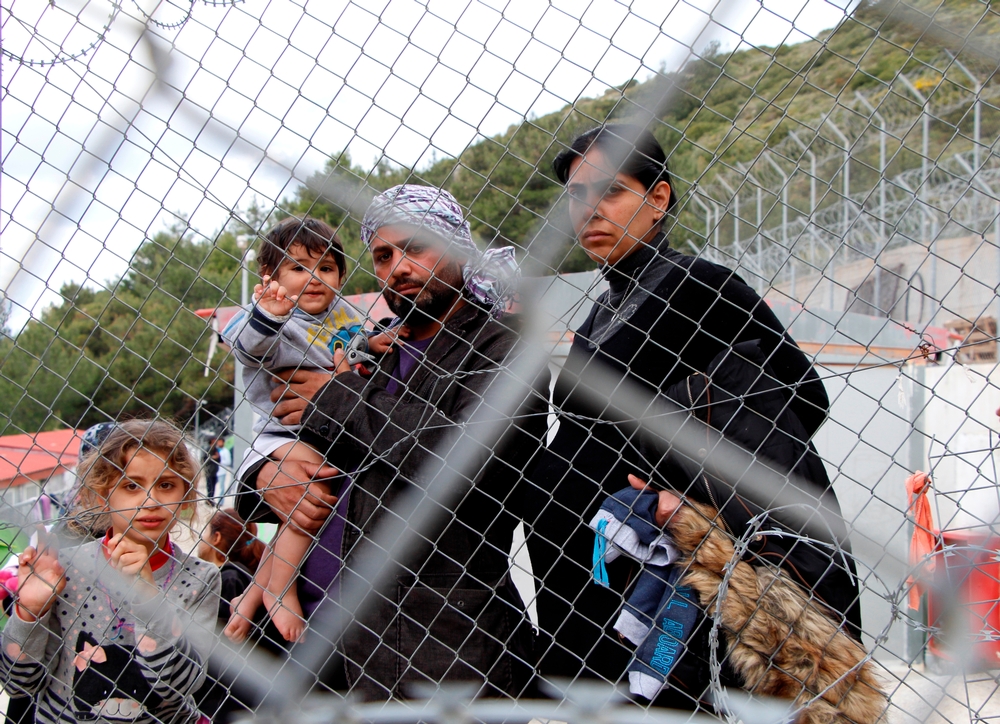 Greece: “Will they kill us here in Europe?”

Since the coming into force of an agreement between the European Union and Turkey, facilities previously used to screen and register asylum seekers were transformed overnight into detention centres where migrants are now being detained.

Initially set up to serve as registration centres, the four functioning facilities on the islands of Lesbos, Chios, Leros and Samos used to be where migrants could start feeling hopeful of their chances of reaching Europe.

Now, hotspots are being turned into detention centres run by the Greek army and the police.

Since 20 March 2016, those who land on the Greek islands are taken directly to so-called “hotspots”.

One facility on Samos currently holds more than 700 migrants and refugees from Pakistan, Bangladesh, Afghanistan, Syria, Iraq, Sudan, Lebanon, Algeria, Morocco and Egypt. Many are women and children.

Hala fled #Syria to Jordan and survived crossing the Aegean. Now she's being held in a detention camp in Greece: pic.twitter.com/KJE4KrT26j

Migrants and refugees detained in the camps were told that they will be transferred to Athens in accordance with the relocation mechanism set out in the Dublin Regulations.

It has been reported that this would allow those who successfully claim asylum to be relocated to one of eight EU countries. However, there appears to be no guarantee that the choice of eight countries will be respected.

Detainees who MSF staff-members talked to through the camp’s metal fence said they felt uncertain about their short-term future. No legal procedures or interviews are being conducted in the camp at the moment.

Greek authorities began deportations to Turkey began on 4 April, sending 124 Pakistani migrants from the Lesbos facility and 66 other people of various nationalities back to Dikili in Turkey.

Mohammad Ghannam/MSF
Khadija, 42, is a mother of four from Syria who is detained on Samos island, Greece, along with her children. She spoke to MSF from behind two metal fences.

Khadija, a 42-year-old woman from Idlib, Syria, who is currently being held in Samos detention centre with her four children spoke to MSF teams from behind the barbed wire fence:

“What is going to happen next? Will they kill us here in Europe? My husband was killed and our house was destroyed by a barrel bomb in 2013. Since then we have been moving from village to village looking for safety, until I lost hope and I brought my children to Turkey.”

“I worked many jobs but it was so hard for me to manage with four children so I decided to come here to be safe. Yet here we are behind barbed wire like criminals. This is extremely unjust.”

Waleed, his pregnant wife and their two children left Iraq in February 2016, a year and a half after their hometown of Mosul fell to the so-called Islamic State group.

It took them a month to reach Samos and after being briefly detained in Turkey, they are being held again, waiting desperately for information:

“There is no mercy left on earth, look at us, and look at my children!” says 37-year-old Waleed as he stands with his wife, who is seven months pregnant, behind the fence that separates them and hundreds of other asylum seekers from freedom.

“I’m doing my best, but is this a way to treat human beings? They are supposed to protect us, not put us in a big cage like animals, without any information on when our case will be processed.”

“My wife is pregnant and she can’t remain a prisoner any longer in this dirty, crowded place, while all the NGOs are pulling out and leaving us in the hands of police,” Waleed said angrily, as his wife and children wept.

Mohammad Ghannam/MSF
A detention facility on the island of Samos.

As of 28 March, there were more than 50,000 refugees and migrants in Greece in detention centres or in temporary camps.

Over 11,000 people remain at the Idomeni border-crossing point between Greece and the Former Yugoslav Republic of Macedonia  even though authorities have repeatedly said it would remain shut.

"One million is not a big number for Europe”, says Marietta Provopoulou, General Director for MSF in Greece.

“And each one of this million people has their personal story, their personal suffering. They have done everything to save themselves and their family, and to seek a better future away from war and persecution in Europe. Like all of us would have done.”