On the 18 September 2021, the EU and the Greek government open a new center for asylum seekers in a completely remote location called Zervou on Samos island in Greece. There is no doubt that this new centre will only further dehumanize and marginalize people seeking protection in the European Union. Millions of euros have been spent on the construction of this facility that comes with military-grade barbed wire fences and advanced surveillance systems. All of this to detain people whose only crime is seeking safety and stability. In addition to the mass rejections of asylum applications, this new center is another symbol of the complete rejection of refugees and of their right seek asylum.

Deterioration of mental and physical well-being

For months now, our patients in the MSF clinic in Samos come to their appointments with the fear of being locked-up in the new centre, feeling completely abandoned and helpless. For those who have survived torture, the new highly controlled centre means not only the loss of freedom but re-living past traumatic experiences.

The majority of our mental health patients on Samos present symptoms of depression and post-traumatic stress disorder. Between April and August 2021, a shocking 64% of new patients that reached our mental health clinic presented thoughts of suicide and 14% were at an actual risk of suicide.

"What do you want us to say to a young boy who, even though has not committed a crime, is forced to remain locked up in a prison-like centre?"

As psychologists working with the people who are at the frontline of Europe’s tightening migration policies, we witness on a daily basis the deterioration of their mental and physical well-being. The opening of the new prison camp is changing the collective identity of the refugees, their self-esteem and image: their dignity. 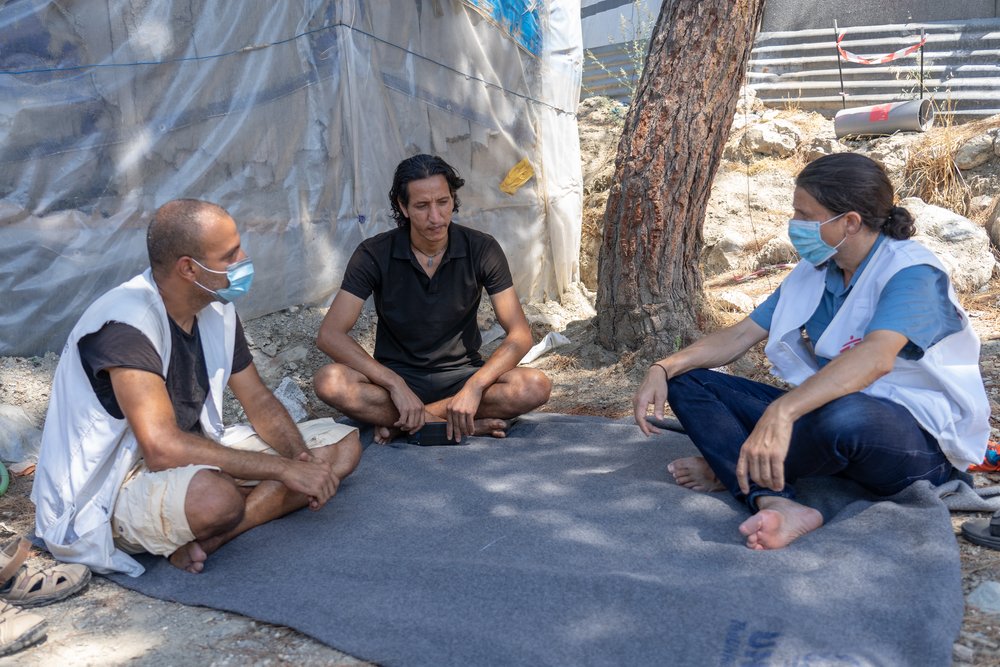 MSF/Evgenia Chorou
Stephen Cornish (right), General Director of MSF Switzerland, speaks with Ali Al Ahmed (center), a 30-year-old man from Syria, who has been living in Vathy camp in Samos since November 2019.

Europe is breaking them.

What do you want us to say to a young boy who, even though has not committed a crime, is forced to remain locked up in a prison-like centre?

Our 19 years-old patient from Mali who has been stuck in Samos for two years already, was forced to leave home a few years ago because he was being tortured. He began his journey to Europe with hope for a better life and for safety. But now he is experiencing extreme frustrations, and doubts his very existence. 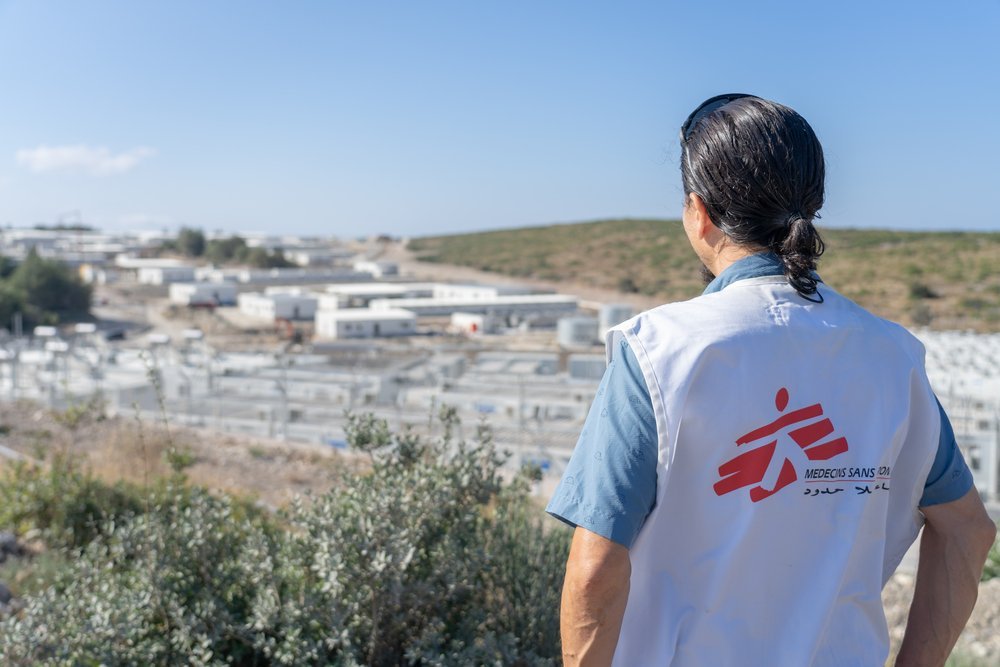 MSF/Evgenia Chorou
Stephen Cornish, General Director of MSF Switzerland, observes the new camp currently being built on Samos island during a visit in Greece. The brand new centre is located in the middle of nowhere and surrounded by three layers of fence & barded wire.

His concerns about the new centre have already provoked a series of psycho-emotional reactions. For how much longer can he still see himself enduring all of this pain and frustration?

When we ask him what he would like to have, his answer is “My freedom. Until now I was a refugee, now I am going to be a prisoner too".

The uncertainty, the total disregard for human life, and the complete lack of effective protection raise serious questions that the Greek or European authorities fail to answer.

What is the outcome of all this? The depressive and stress related symptoms of our patients deteriorate every day.

Felicite*, a psychiatric patient at our clinic since February 2021, is a survivor of female genital mutilation, forced child marriage at the age of 14, extreme sexual and physical violence for many years by a 30 years older husband.

She is a recognized victim of human trafficking and she has been on Samos for two years. Her application for refugee status has already been rejected twice, and because of that, she does not have access to basic services provided inside the camp, such as food. 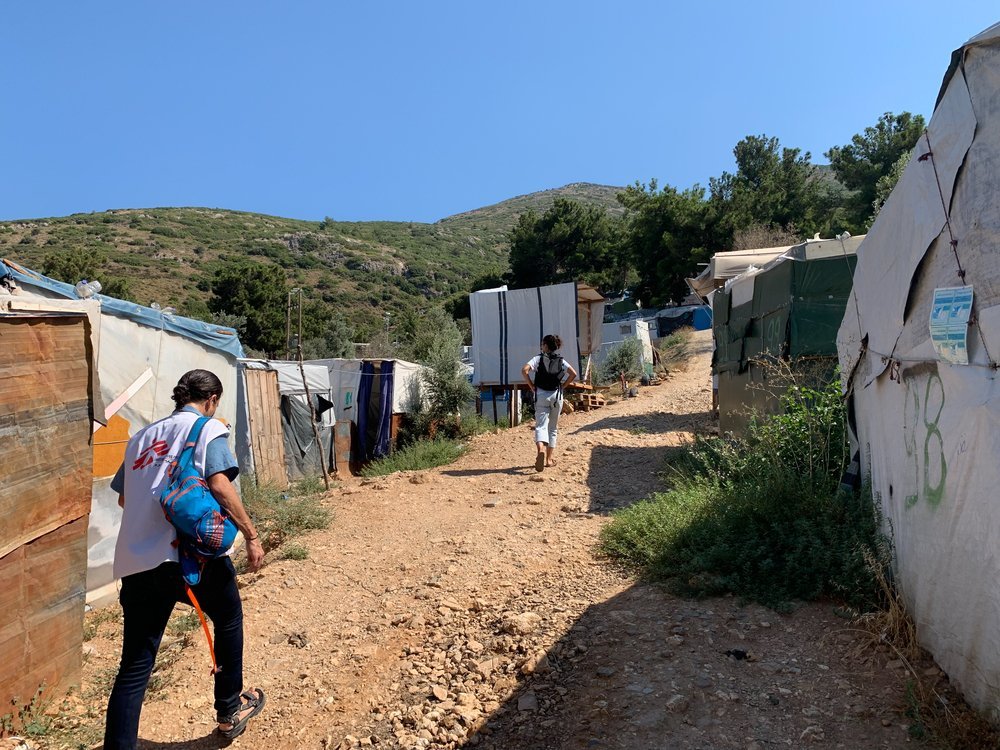 MSF/Dora Vangi
Today around 900 asylum seekers and refugees live in the centre of Samos, which is designed for 648 people. Men, women and children live in horrendous conditions among rubbish and rats, with no access to adequate toilets, showers and shelters.

She has been waiting already for four months for a new decision of her subsequent asylum request. She rightly wonders "Will I starve to death?”.

For the people undergoing these violent migration policies, the opening of this new center marks an "end": an end to the meaning of life, to their patience, to any rudimentary freedom they had.

An end to any opportunity to participate in "normal" activities such as going for a walk at the beach or at the square with their children, or to the supermarket in town.

Give access to a fair and dignified asylum procedure

We are ashamed of Europe and the values it claims to have, which don’t seem to apply for our patients here in Samos.

How easy would it be to change this narrative and give a new meaning to the lives of hundreds of people seeking international protection in Europe if there was political will and respect for human dignity? 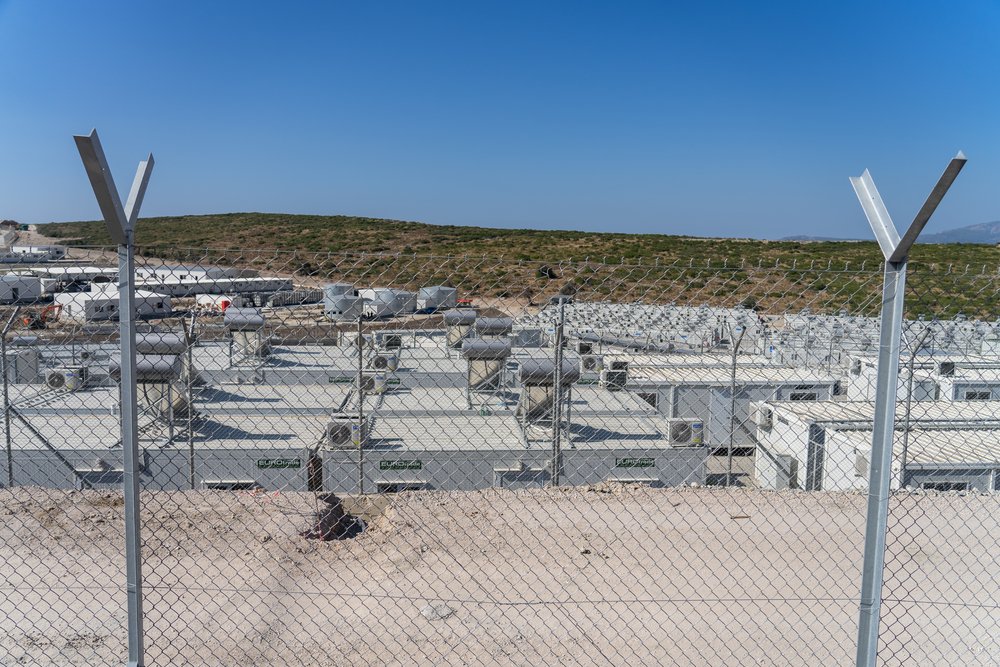 MSF/Evgenia Chorou
The brand new centre, located 5km away from Vathy city in Samos island, located in the middle of nowhere and surrounded by three layers of fence & barded wire.

As psychologists, every day we listen to the unique personal paths of people, we admire their resilience and we are there to give them a safe space, to allow them to lean on someone and share their fears and anxieties about what has already happened, and what the future holds.

"Europe and Greece must first ensure dignified alternatives to camps, allow access to a fair and dignified asylum procedure, and ensure adequate and tailored health care adapted to the needs of people fleeing violence, conflict and trauma"

But, as long as the same mistakes and the same policies that have created this suffering are repeated, we will not be able to really help these people. We will just stay here and continue to teach our patients to survive.

Not to live or to close their wounds, just to survive.

In order to be able to effectively help our patients, Europe and Greece must first ensure dignified alternatives to camps, allow access to a fair and dignified asylum procedure, and ensure adequate and tailored health care adapted to the needs of people fleeing violence, conflict and trauma.