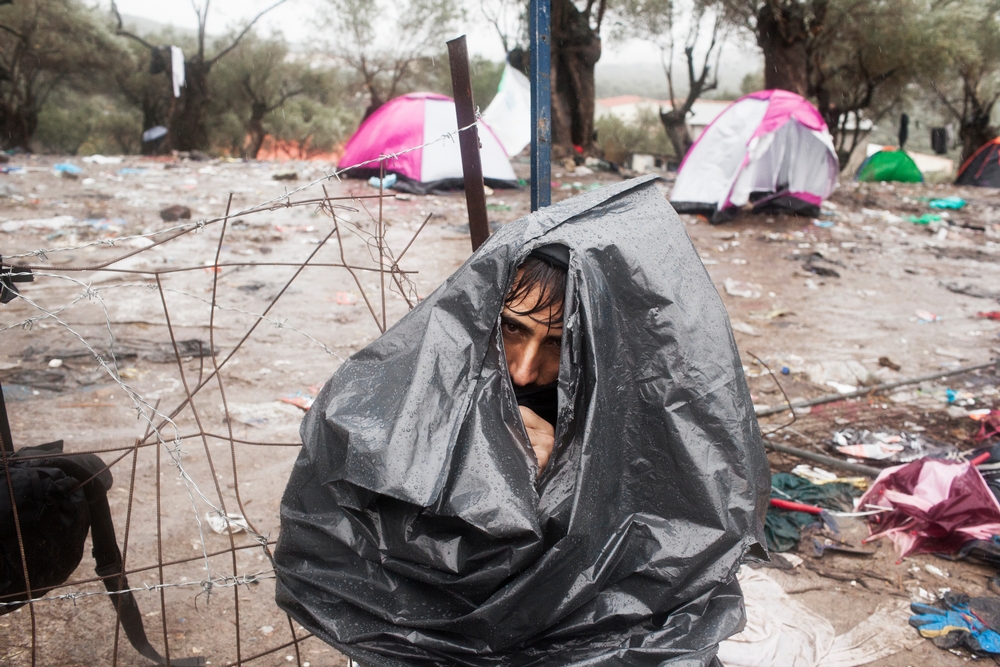 Greece: "I've met the people the EU will no longer protect"

Dr. Conor Kenny, in collaboration with Ifigenia Anastasiadi and Elisa Compagnone, recounts the evacuation of Idomeni and his experience treating refugees and migrants in Greece following the EU-Turkey deal.

The forcible removal of 8,000 people from Idomeni camp in the early hours of 24 May 2016 brought an end to yet another chapter of Europe’s so-called refugee crisis. On that eerily quiet morning, residents awoke to the boot steps of 400 police on the well beaten tracks that haphazardly carved up the vast ‘unofficial’ camp.

Teams of three to four officers dressed in black, with batons and gas masks at the ready, moved from tent to tent ‘encouraging’ residents to get on buses that promised to take them to ‘hospitality centres’ located throughout northern Greece. Maintaining any shred of dignity they could, refugees boarded the waiting coaches to travel on to yet another unknown.

On a dawn walk through the camp, I was privileged to meet an elderly man old enough to remember the French soldiers leaving Syria in 1946. Walid had chronic lung disease and was struggling to decide whether “the suffocation” of his tent or the “smoke in the outside air” was best for relieving the strain on his lungs.

Konstantinos Tsakalidis/SOOC
Syrians try to warm themselves around a fire in the yard of a petrol station in Polykastro, near Idomeni.

He described how the life he enjoyed was destroyed by the civil war that engulfed his town and country five years ago. He had tried to access the relocation programme while living in the camp (available only through Skype) but could not understand the concept of Skype let alone work out how to use the online tool to clarify the next step in his journey.

His neighbour, a young Palestinian woman from Syria, was struggling to cope alone with her children. She travelled to Greece two years ago after a bomb destroyed half her house and two of her daughters died. After a short stay in Idomeni the family moved on to the Former Yugoslav Republic of Macedonia (FYROM) and lived in a camp near the Serbian border for almost a month.

Detained with her children

“One day the FYROM army came to force us back to Greece. I tried to resist with all my energy because I didn’t want to come back to Greece but to join my husband in Germany. They put me and my children in an army truck and then in jail. In the cell there were at least 50 men from Pakistan and Afghanistan. I was the only woman. It was one of the most humiliating days of my life. I was so frightened that I could barely breathe and I was in a panic. I implored them not to leave me and my children there with all those men, but they didn’t care and they started to tease me.

Later they brought us to the Greek border, and there they pushed us back through a hole in the fence. Coming to Europe I thought that I would never again see humans treating other humans in such an inhuman way, but I was wrong.”

When this woman spoke, it was clear that all she wanted was to be reunited with her husband.

“My children haven’t seen their father for six months. I am afraid and tired of travelling alone. I am lost and terrified if I think that I won’t see him again.”

Regardless of the motives behind the camp evictions, it is important to see those who are being moved on as real people, rather than the political footballs they have become. In the experience, the resultant impact on both their mental and physical health has been profound.

Take for example the case of an Afghan teenager, dressed in jeans, and a checked shirt, his hair tied back, sitting in his tent strumming three of the five cords of a broken guitar. He described being sent to Europe by his family after his father was executed by the Taliban. To arrive at this point he has been forced to grow up fast with many unscrupulous individuals more than happy to exploit his innocence for money or other things better word than things…’or worse’?

He struggled to understand the reasons behind Idomeni, and why he couldn’t continue his journey. So much so that he and his friends had undergone 18 ‘pushbacks’ from the FYROM border – some of which resulted in severe beatings. His naivety had also placed him on the radar of smugglers who promise him a ‘golden ticket’ to a better life for a small fortune. While he used music as an outlet, unfortunately many of his peers resort to self-harm as a method of releasing their frustrations.

Yet in today’s Greece, Walid, the Palestinian woman and the Afghan boy are the “lucky ones”, the people who arrived before the 20 March*. On the island of Kos, Khalid a 21-year-old Pakistani, persecuted for his religious beliefs, is one of those now detained as a result of the EU-Turkey deal. He undertook an arduous 5,500 kilometre journey over land and sea to reach Greece, spoke of many near-death experiences – most notably whilst climbing through the infamous Mount Maku Pass where he saw the weaker members of the group urged at gunpoint to continue. Dead bodies on the roadside served as a reminder of the alternative.

Alex Yallop/MSF
Refugees and migrants walk through fields, towards the transit camp at Idomeni, on the Greek - Macedonian (FYROM) border.

He also described beatings from smugglers along the way, and of spending weeks in cramped accommodation, deprived of food and water with no information about where, when or how he would reach safety. Now he faces imminent deportation to Turkey and a very uncertain future.

Whilst in Idomeni, I witnessed the huge disconnect between those in decision-making positions and those stuck, living the grim reality on the ground. The conflicting messages refugees received about their future and their options as a result of this dangerously complacent approach only served to worsen their confusion and to prolong their needless suffering.

Alex Yallop/MSF
At the transit camp at Idomeni, on the Greek - Macedonian (FYROM) border.

The mismanagement has only led to deeply vulnerable people suffering further, many of whom have undertaken dangerous journeys after bearing the brunt of war. Refugees are exploited for personal gain – be it by smugglers or by politicians.

One wonders, how many more Idomenis will be or are being created before a meaningful solution is put in place to ease the suffering of some of the most exposed people in Europe? Closing Idomeni and moving people to new camps, dividing up a big problem into many smaller problems and thus effectively ‘wiping it under the carpet’ appears to be just another reactive political response to Europe’s refugee shame. It seems that we are no nearer to a human solution.

*The EU-Turkey deal was implemented on the 20th of March with all those arriving from this date onwards subject to terms of the deal which include possible mass expulsions to Turkey.