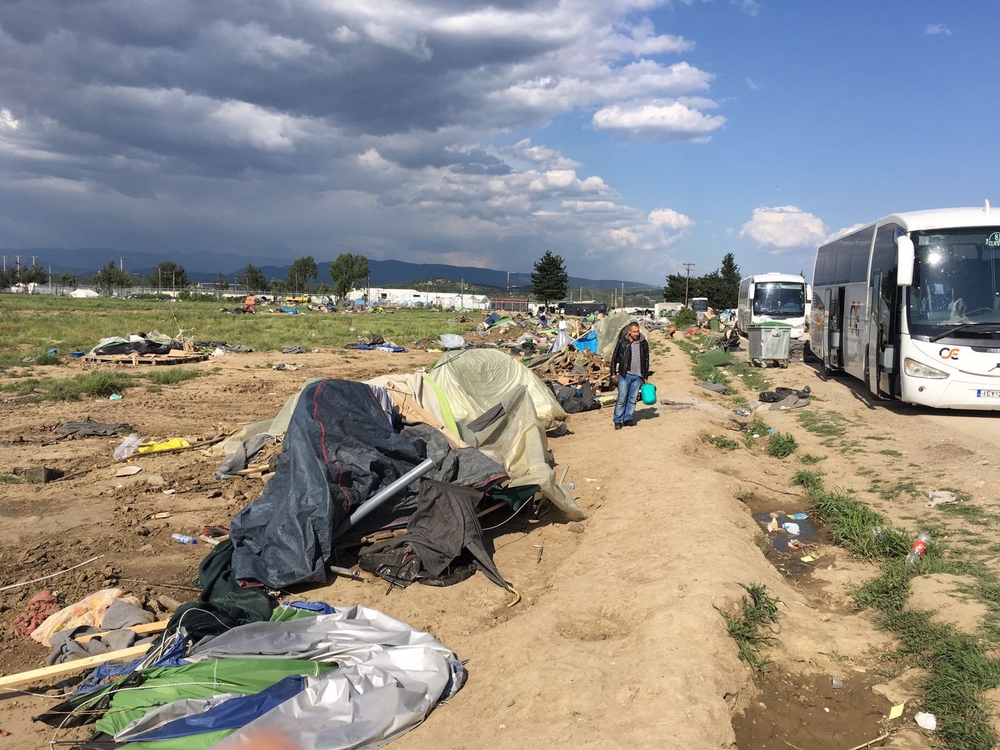 As Greek authorities continue to evict refugees from Idomeni camp, in northern Greece, international medical organisation Médecins Sans Frontieres (MSF) has denounced the forced movement of thousands of refugees, the lack of information provided about their destinations and the restrictions imposed on humanitarian aid during the process.

MSF calls on the Greek authorities to guarantee that adequate and continuous assistance will be provided while people are moved from Idomeni and in the new locations to which they are taken.

“People are not being informed of where they are going and this is far from acceptable,” says Michele Telaro, MSF’s project coordinator in Idomeni.

“They need to be able to make informed decisions, and they must be provided with accurate information in order to do so. They have already fled conflict and violence and spent more than two months living in unacceptable conditions in Idomeni. The alternative to the inhumane should not be the unknown and the uncertain.”

At risk of treatment interruption

MSF’s medical teams say they have seen many anxious patients who been told to leave Idomeni without being given any clear information on their destination.

"Having just left Idomeni, I watched our regular patients leaving in a very dignified manner. The mood is sombre and it was clear to me that people aren’t receiving proper communication," says Dr Conor Kenny, Médecins Sans Frontières.

"They have no idea where they are going, what the new camps will be like. They wonder if they will have a doctor. I couldn't answer,  as we just don’t know if adequate continuity of care will be assured. It feels like just another sad chapter in this tragic story"

MSF medics have seen a number of patients with chronic diseases such as diabetes and epilepsy, which require continuous treatment. Uncertain about what medical facilities will be available when they move, these patients are worried about the risk of interruption to their care.

MSF teams are faced with a difficult situation when referring patients to hospital, as those who leave Idomeni camp do not have permission to return, and a referral could leave them separated from their families.

When the evictions started on 24 May, MSF and other non-governmental organisations were allowed only restricted access to Idomeni camp, with a reduced number of staff allowed to enter, while volunteers were completely expelled from the camp. These restrictions jeopardised the running of essential services such as food distributions and sanitation.

“Let’s be clear: this cannot be considered a voluntary relocation, as these people had no choice and did not have adequate information, while assistance in the camp was drastically cut,” says Loïc Jaeger, MSF’s head of mission in Greece.

“It is unacceptable to force this move on the resigned and desperate people of Idomeni. We would like to be able to tell them that they can rejoin their families in Europe, that they will have access to adequate protection, but we can’t. We can’t even reassure them about the conditions they will find in the new camps.”

“Moving refugees from informal camps to formal camps is not the solution,” says Jaeger. “In Europe, in 2016, refugees should not be living in tents. They should have their claims for asylum heard and be provided with homes so that they can restart their lives in safety.”

Read more about our response to the European refugee crisis